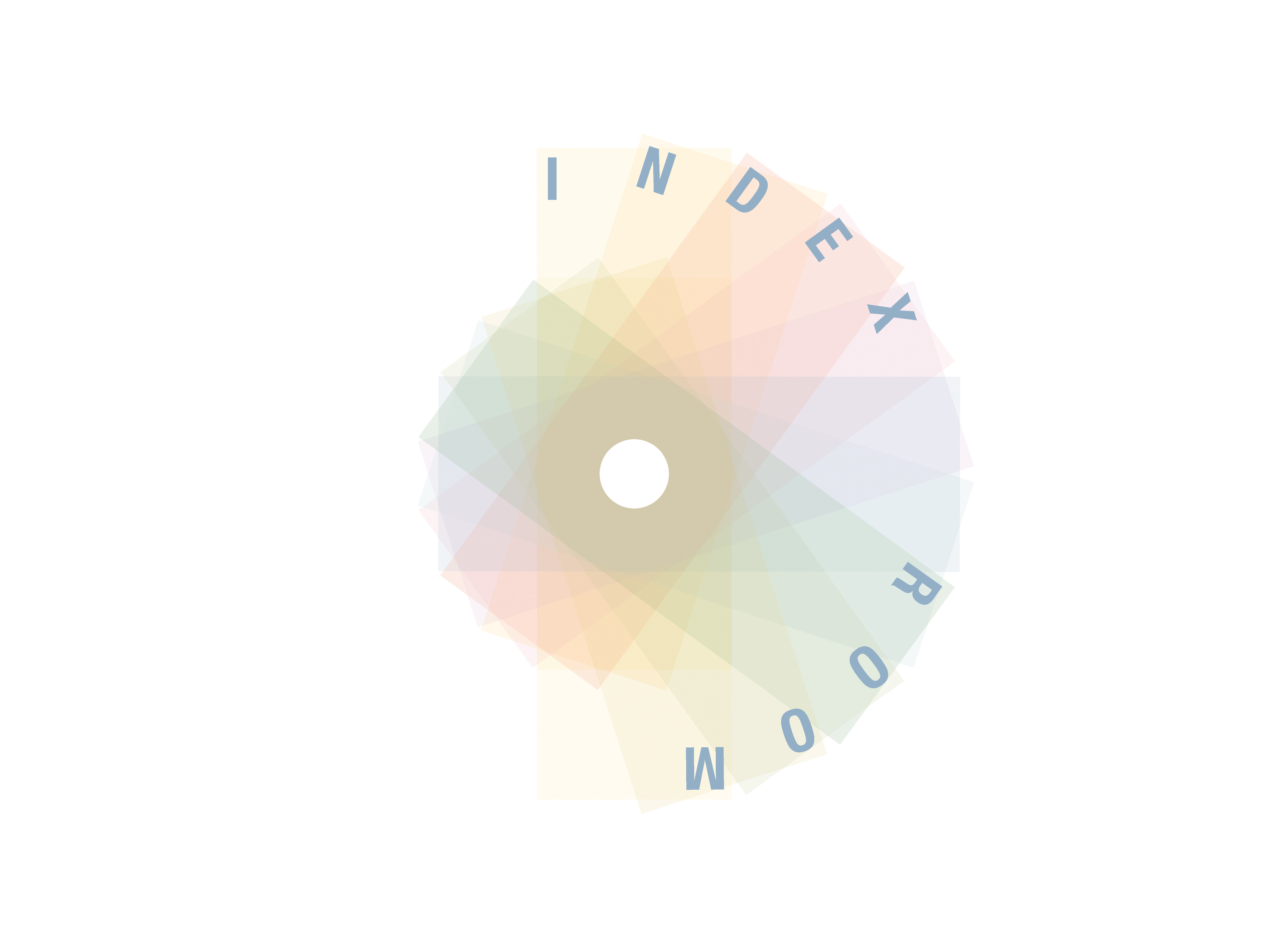 Do you remember how promising was the “New Millennium” at the end of the Nineties, when our only concern was the “millennium bug”? What happened then in the first twenties?

Looking back in anger is never a good choice but if a sum of complex factors, global or local, structured or unexpected, weaken the role of the architects and deliver to us an uncertain and precarious future; then maybe, the time for the initial hysteria and the round-tables, dreaming about the glorious past days, like a reunion of (Work)-alcoholics Anonymous, is over; and we should start brushing up on the history of our discipline to understand when and how: when already happened and how the modes of architectural production already changed in the past?

INDEX ROOM is a first outcome of the ongoing PhD project “Behind the scenes of the contemporary mode of architectural production” by Angela Gigliotti at the Aarhus School of Architecture, Denmark. The principal research question considers the contemporary step-change of the role of the architect in the production chain and looks at the Profession to understand its evolution in the modes: how the architectural practices are shaping themselves according with the current change in the workflow’s mode of production? And in particular how this is happening in Denmark in the perimeter of the Welfare State?

The research considers the Danish case in an international frame. After the second world war (1945-75) and again in the last twenty years (1993-2016) the mode of production within architecture has faced some junctures and transformations and as an outcome the Profession has been challenged more and more by the increasing complexities of our contemporary time changing its mechanisms.

The timespan addressed here with INDEX ROOM considers the “Golden Age of Welfare State” (1945-75). Immediately before and after the WWII the architectural Practices worldwide were affected by the transformation of the ideologies, modes and spaces of the production, both internationally and locally in Denmark. In Scandinavia the principles of the Fordism and Assembly Line were largely disseminated and in particular was Tarras Sällfors (1) who, thanks to his works on the optimization of the works within the Office Organization in the Civil Administration of Sweden, was able to influence the offices in the whole Scandinavia, changing the work-life of a generation of white collars being able to influence also other fields as the one of the architecture Profession. Already in 1937 in the “Haandbog for Bygnings-Industrien” the Architect Hans Erling Langkilde disseminated some of the Sällfors principles for a specific audience of Architects with a chapter related to the organization of the practice of architecture (transl. Tegnestuens Organisation). (2)

From this in the Fall 1943 a Special Architectural Exhibition ”Tegnestuens Organisation” (3) was organized by the Danish Architects Association focusing on how five architects organized at that time their workflows within the practice and their mode of production. The exhibition and the following publications looked in particular at the ”shapes” of their offices and to the ways in which the datas, as drawings, papers, numbers, where catalogued and collected introducing specific furnitures, today almost disappeared with the advent of the digital datas. From an article appeared on Arkitekten Ugehæfte 45/1943 ”Core of the exhibition is how the five architects produce, how they themselves have organized marking, registration and storage of the company various documents, correspondence, drawings, accounting o.s.v. Both small and big studios are represented here and also with different degrees of organization”. (4)

Seventy years later, INDEX ROOM aims to build up a physical archive of who and what was behind the Danish architectural production blossomed immediately after the WWII in the “Golden Age of the Welfare State” (1945-75).

(1) Professor C. Tarras Sällfors (The Swedish Royal Institute of Technology, 1920-60) was the leading personality and Expert in “Internal Organisation” in the North. His research work has according to “Egry Business Organisation” gave an interesting practical manifestation, as he in Sweden conducted studies of Office Organization in the Civil Administration of the State, and thus far achieved savings of over 2 Mill. Kr.

(2) Tegnestuens Organisation has been considered by the Architect Hans Erling Langkilde in H. F. B. in an essay in the Year 1937 deriving from the Sållfors principles. The latter points out the 15 most common errors in the Office of the Organization, as it always will be of vital importance to prevent or reduce as much as possible.

(3) In the October 1943 a Special Architectural Exhibition ”Tegnestuens Organisation”1 was organized in the Akademisk Arkitektforenings Byggeudstilling focusing on how five architects Palle Suenson, Dan Fink, Preben Hansen, G. Steen Mikkelsen and Sv. Roloff-Nielsen organized at that time their workflows within the practice and their mode of production. 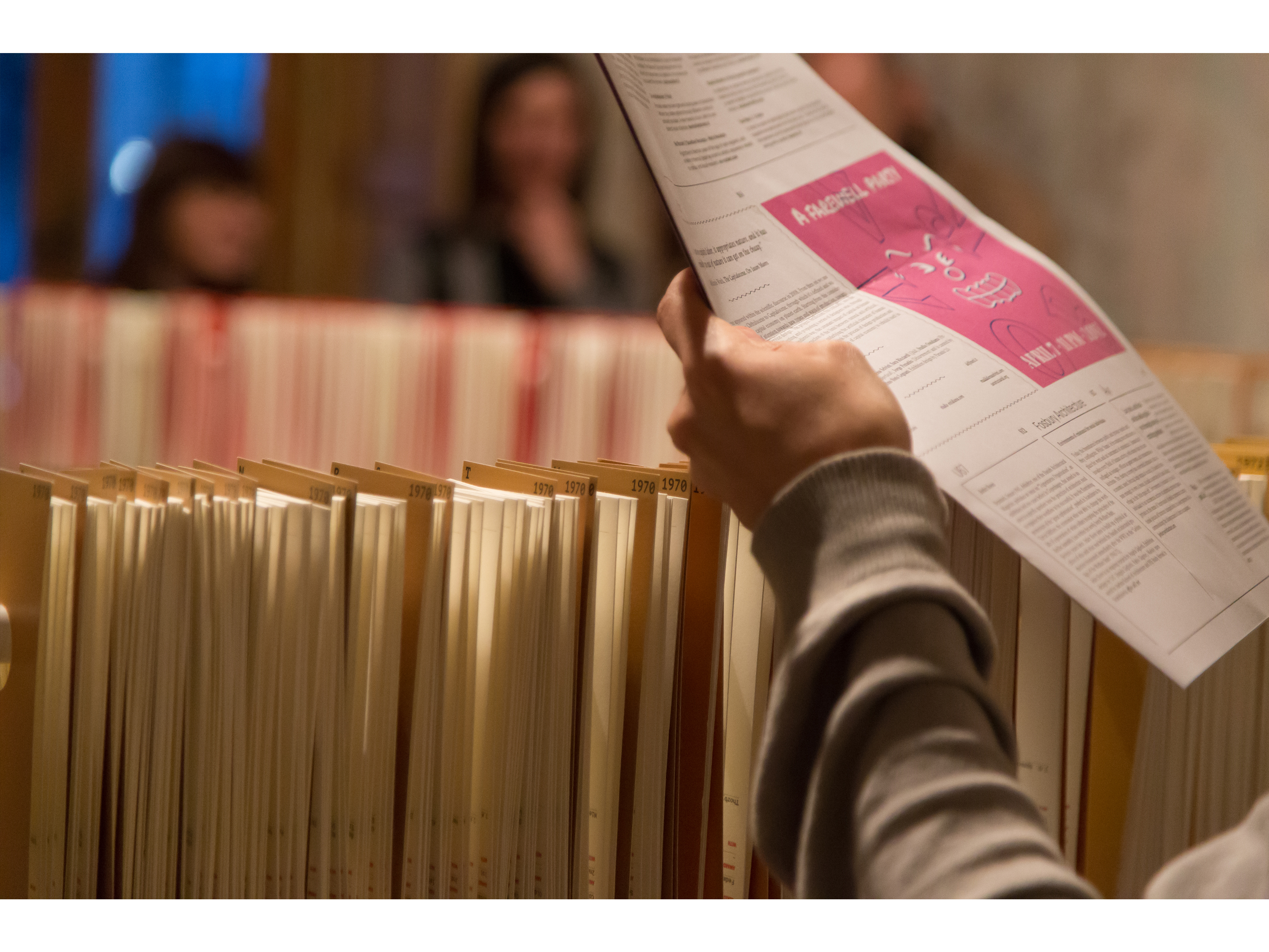 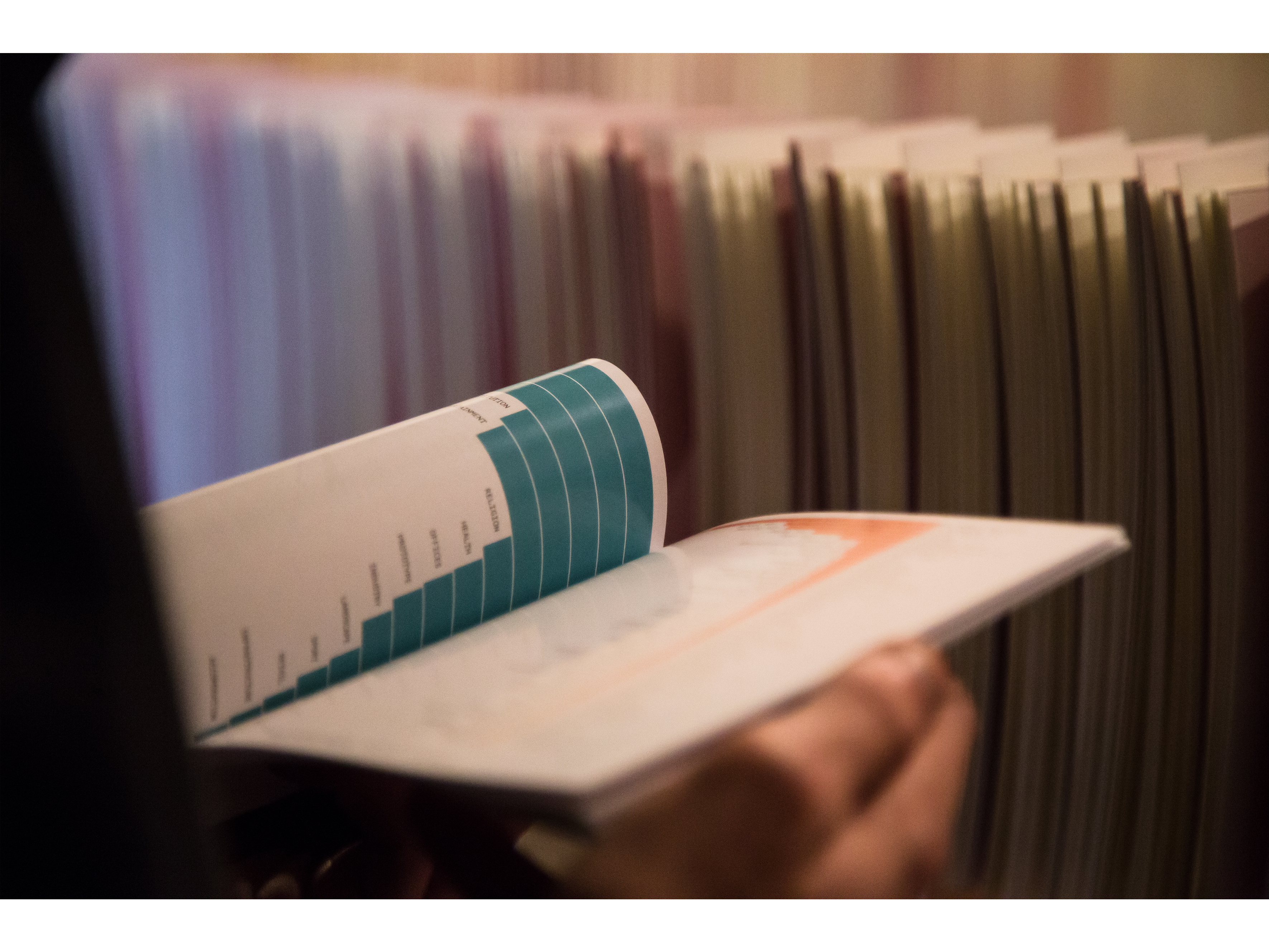 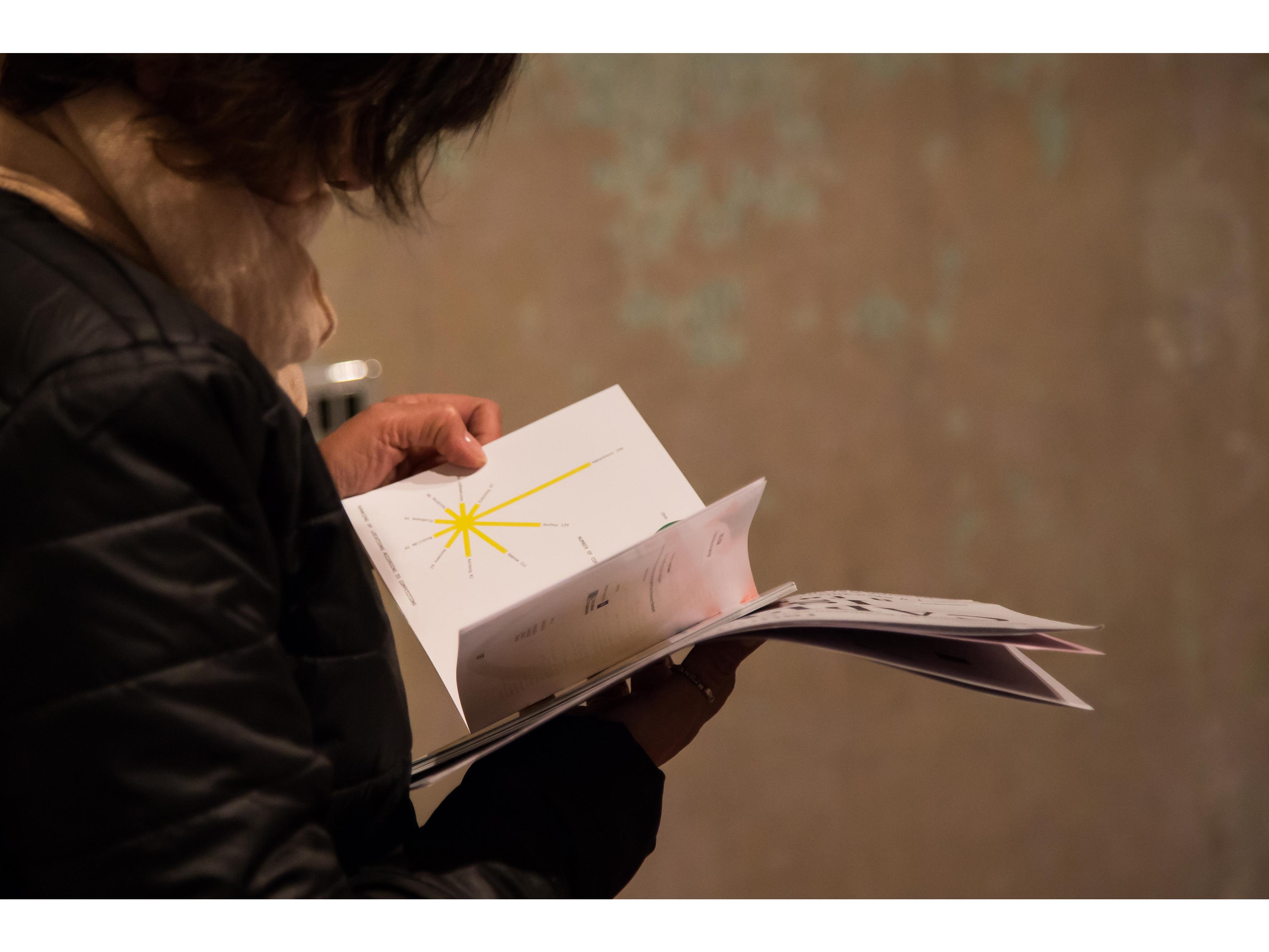 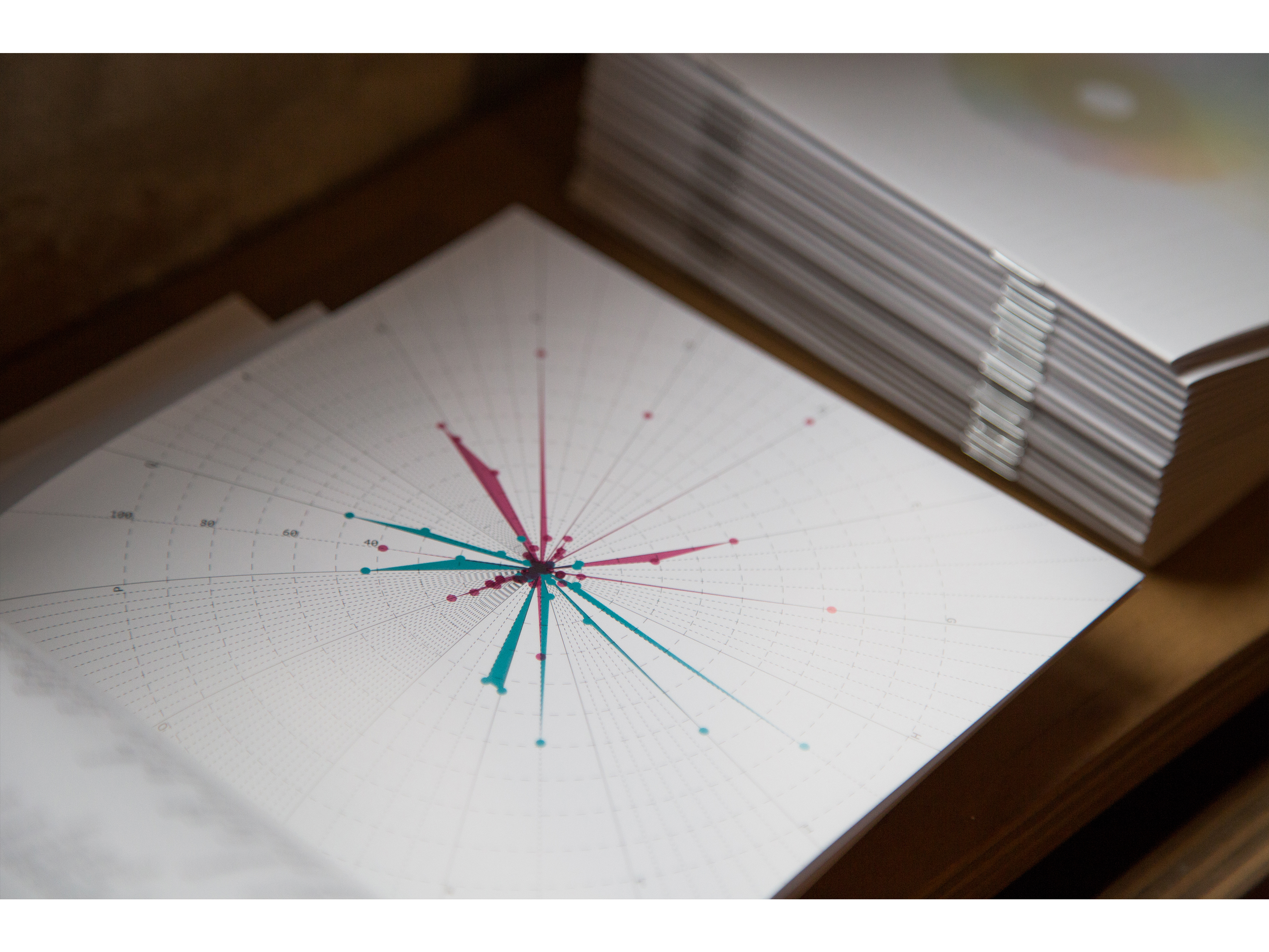 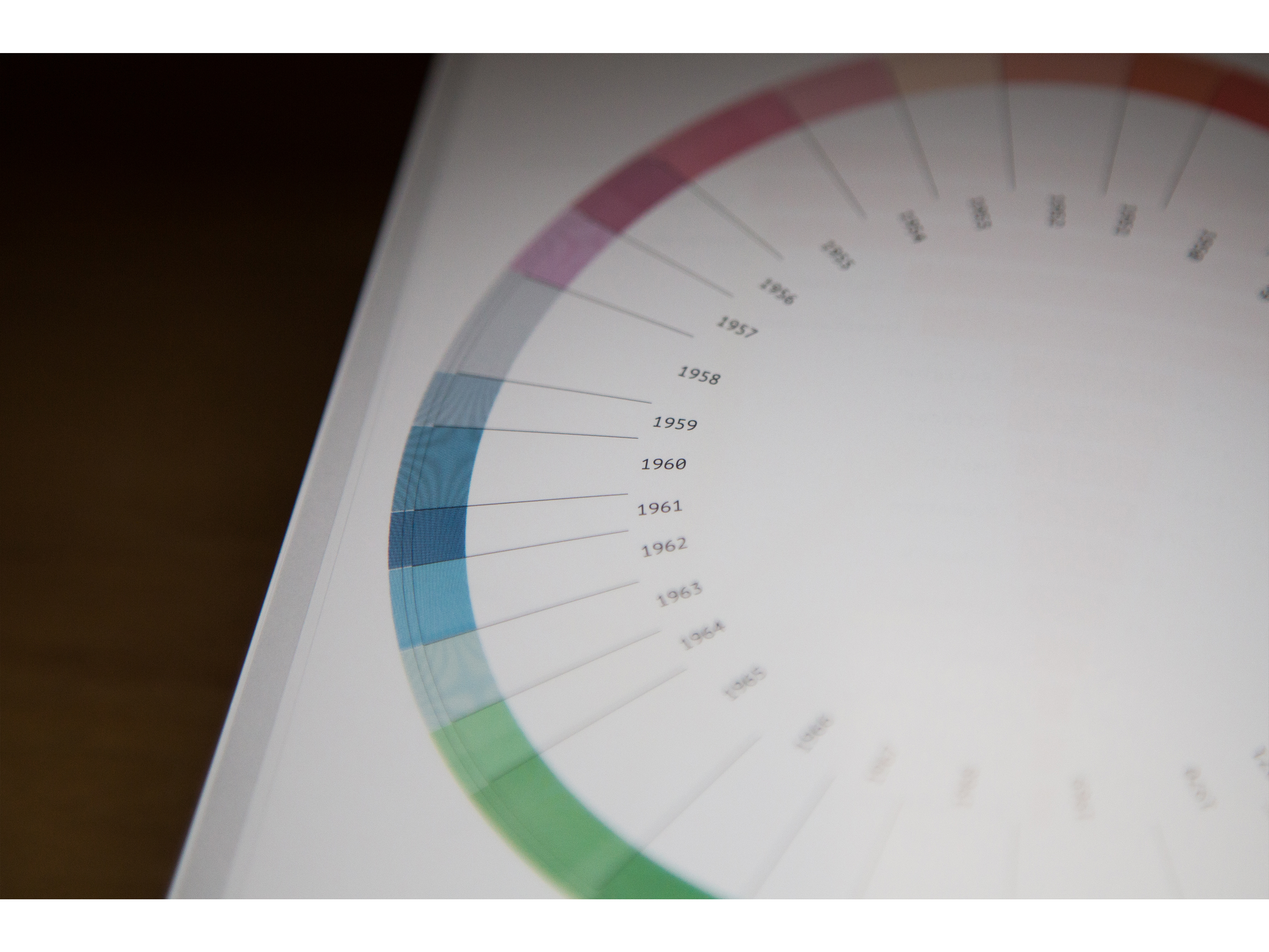 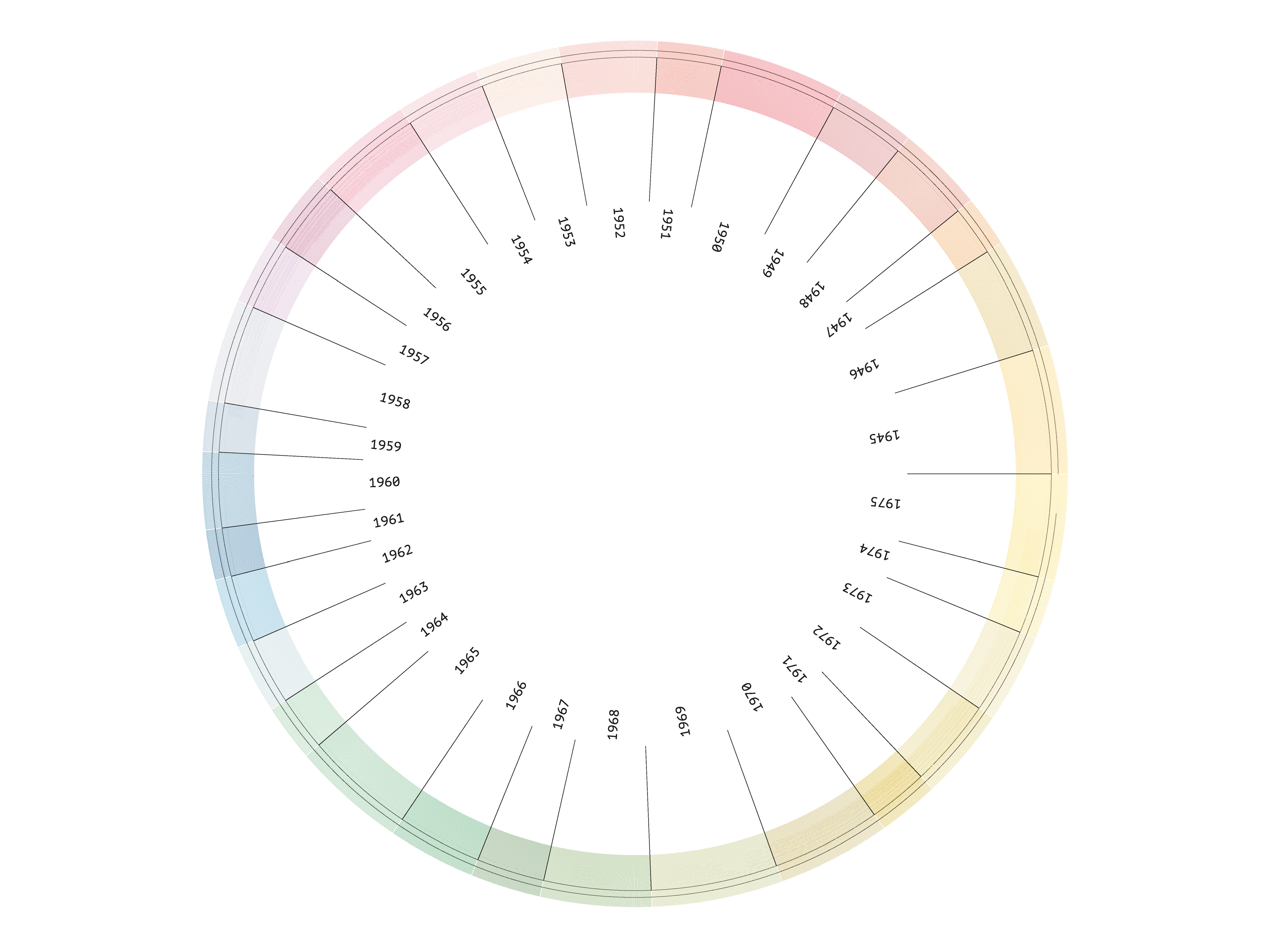 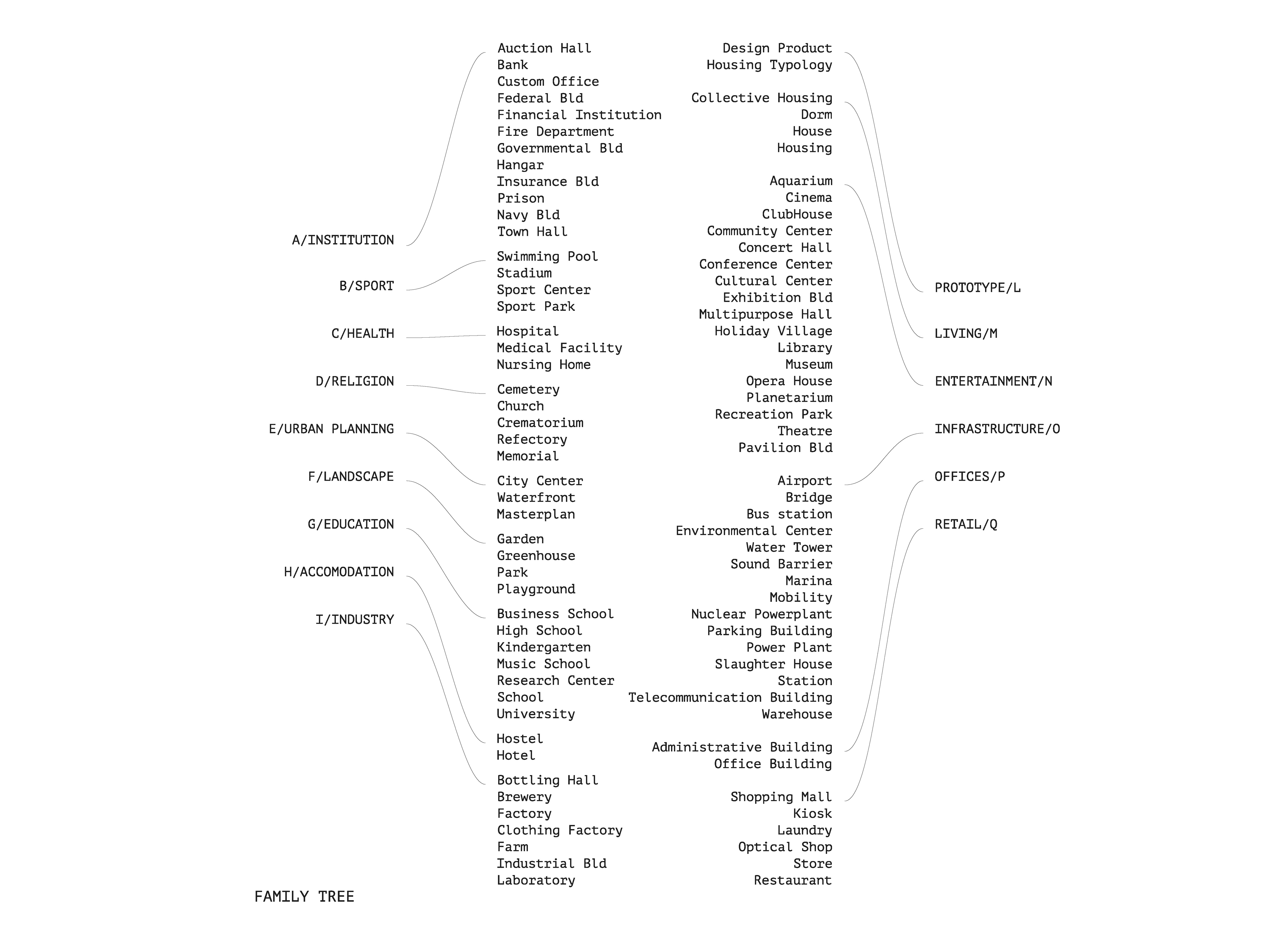 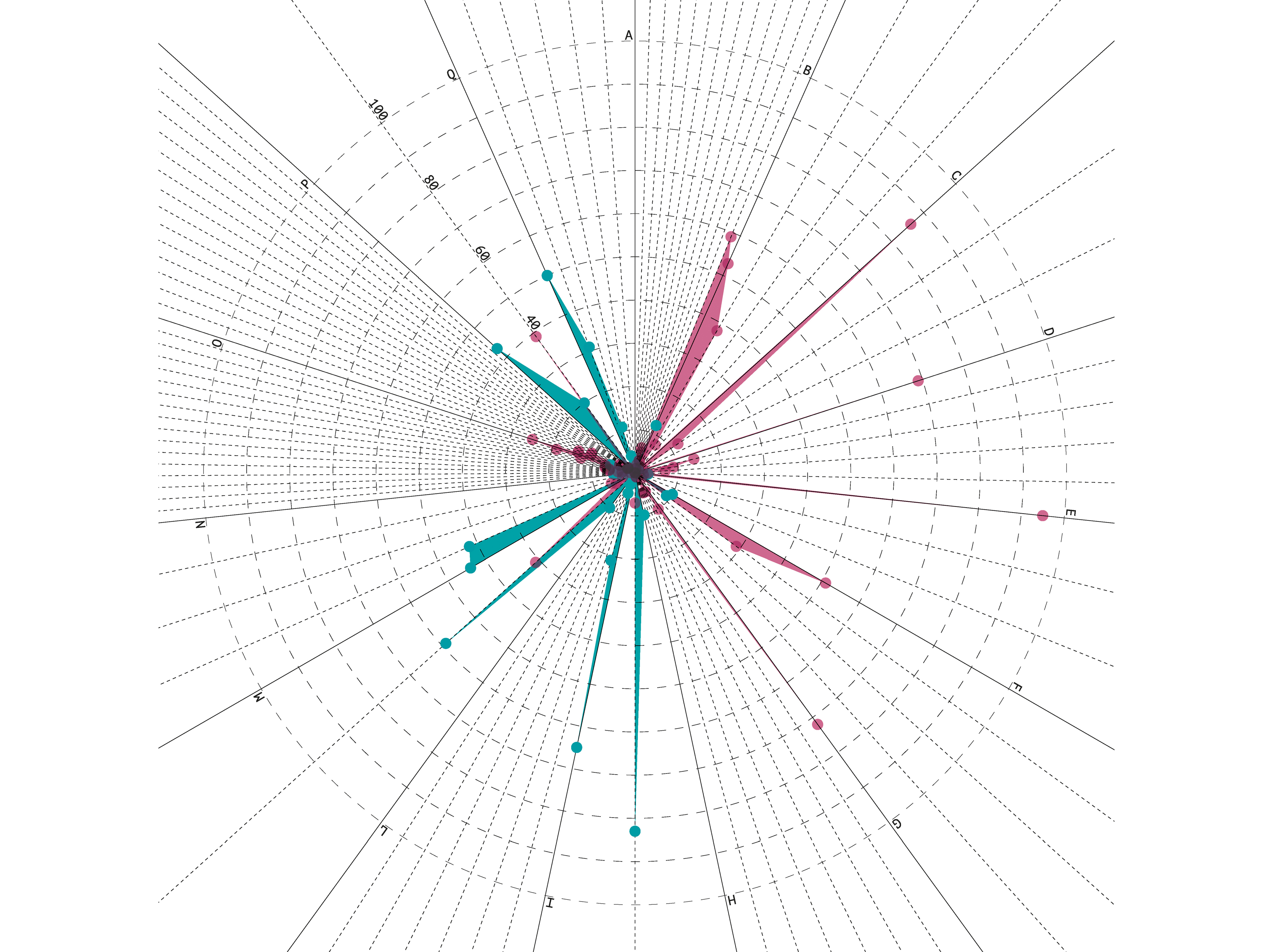 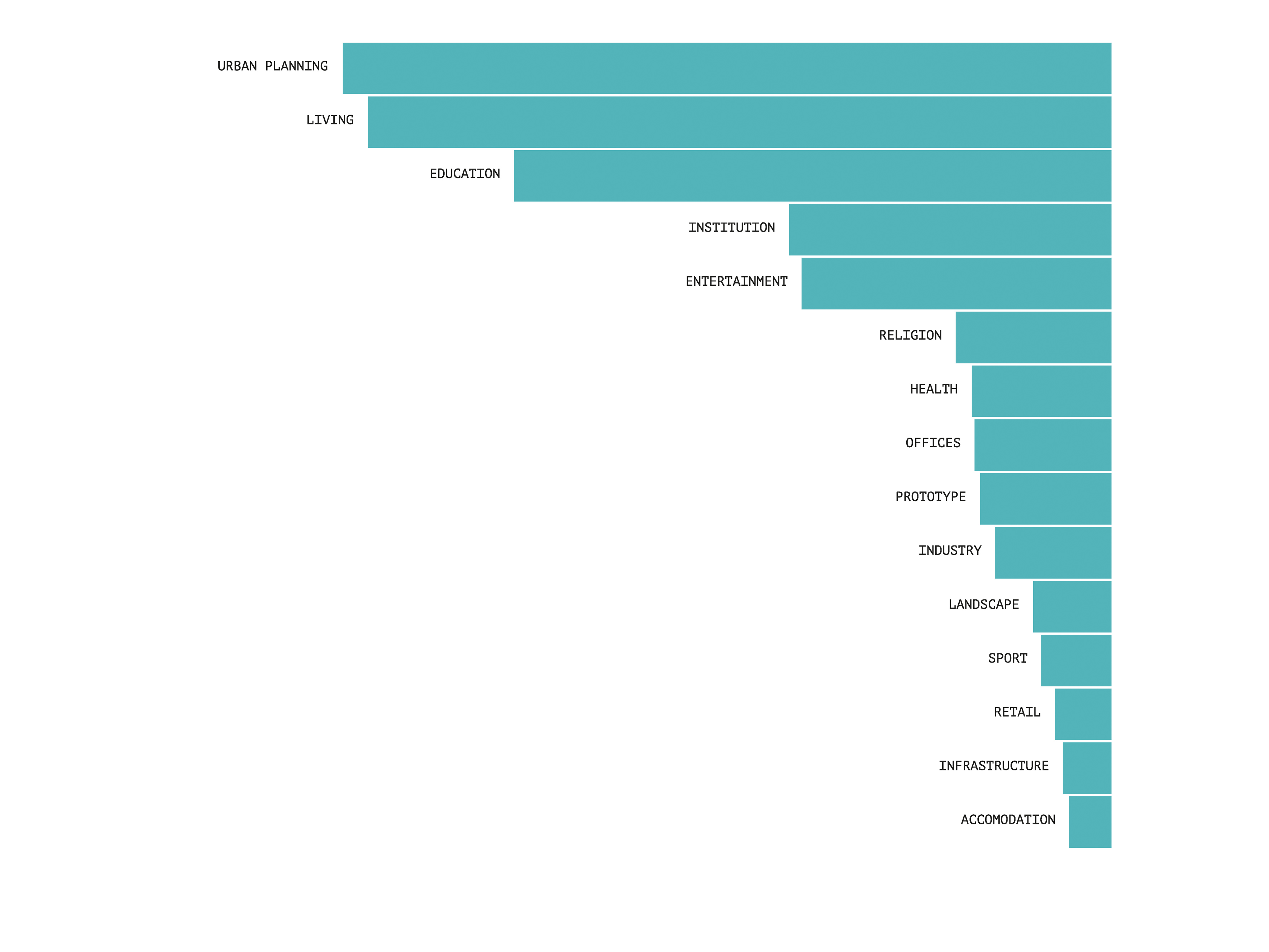 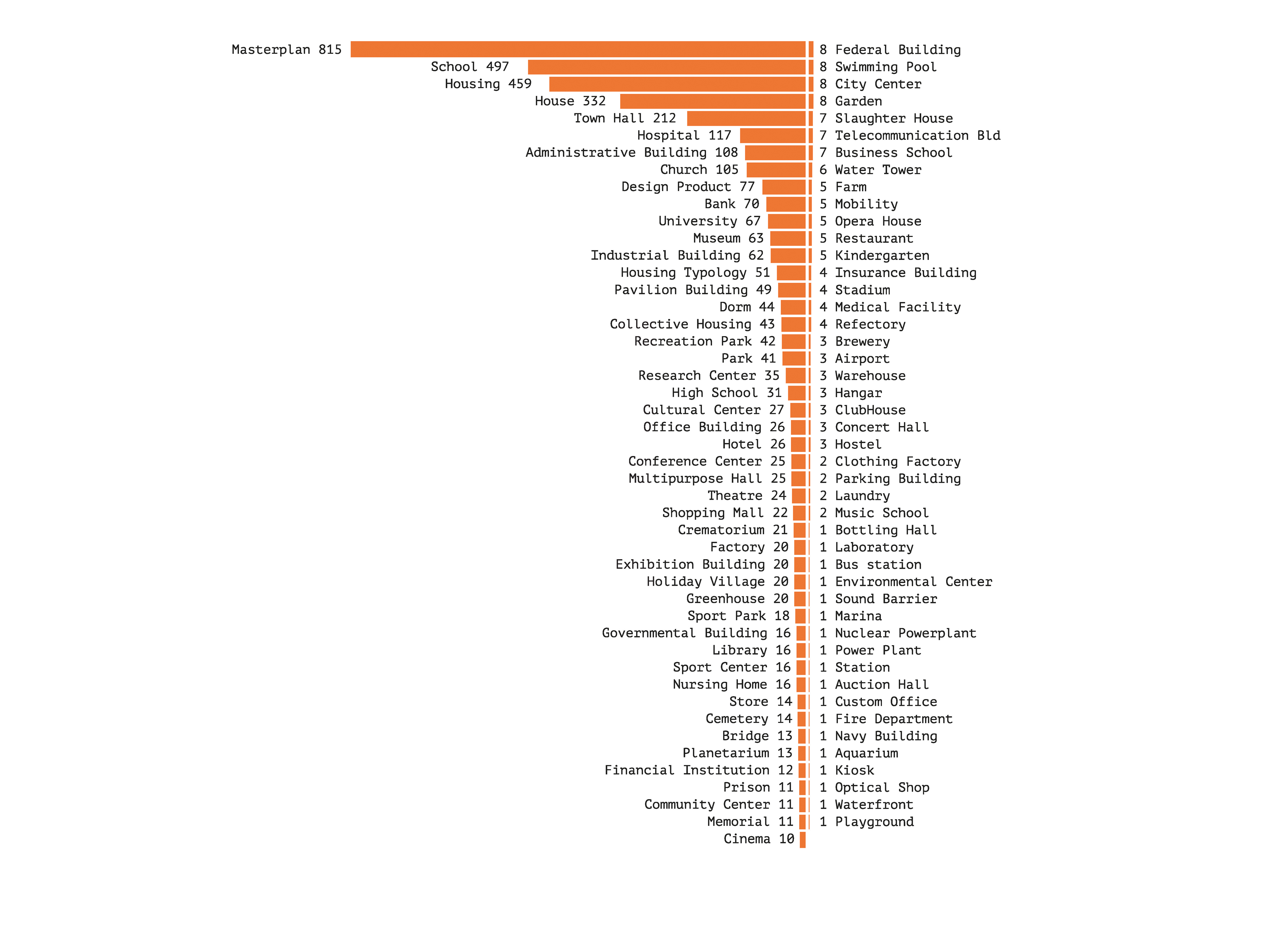 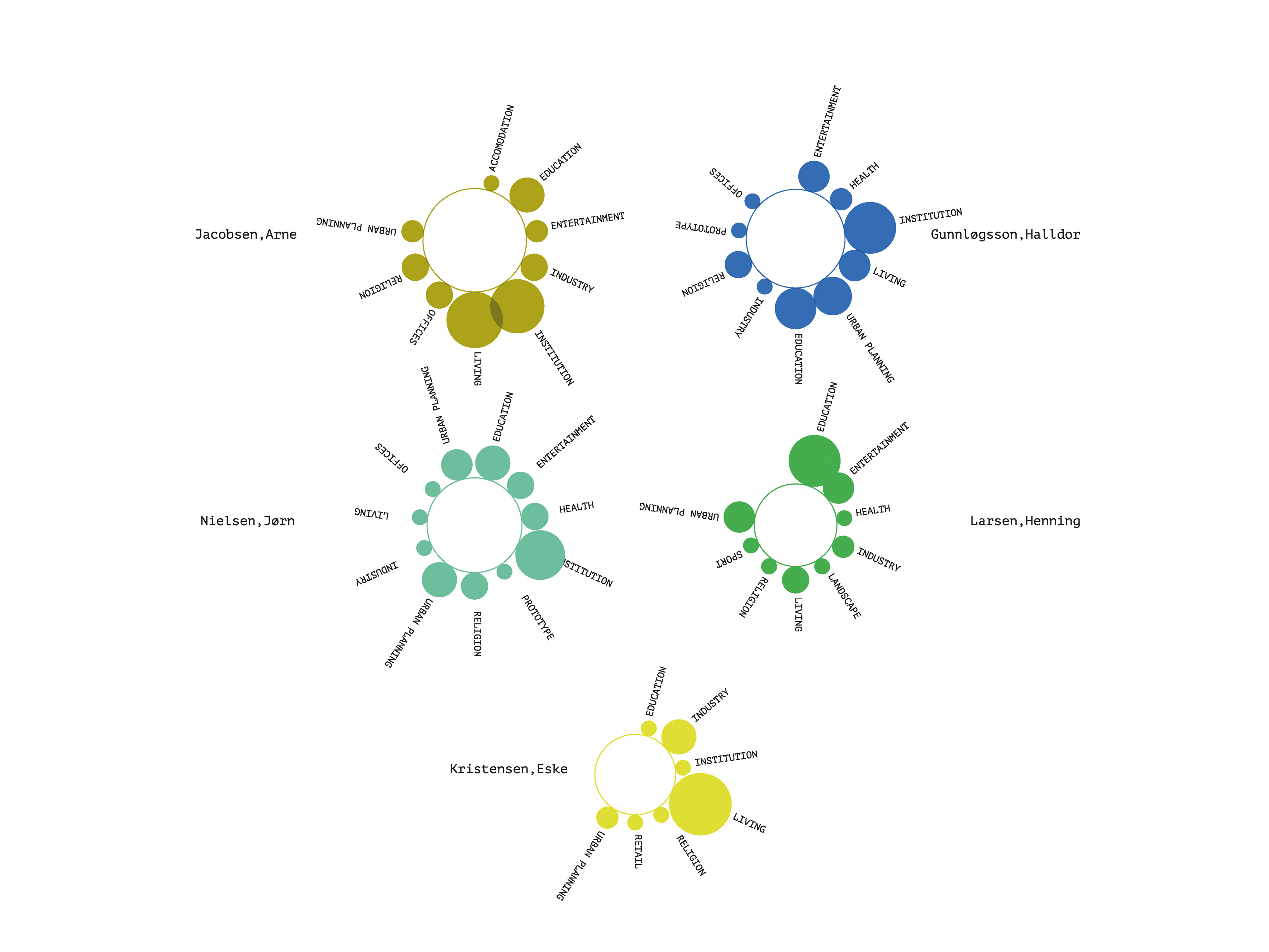 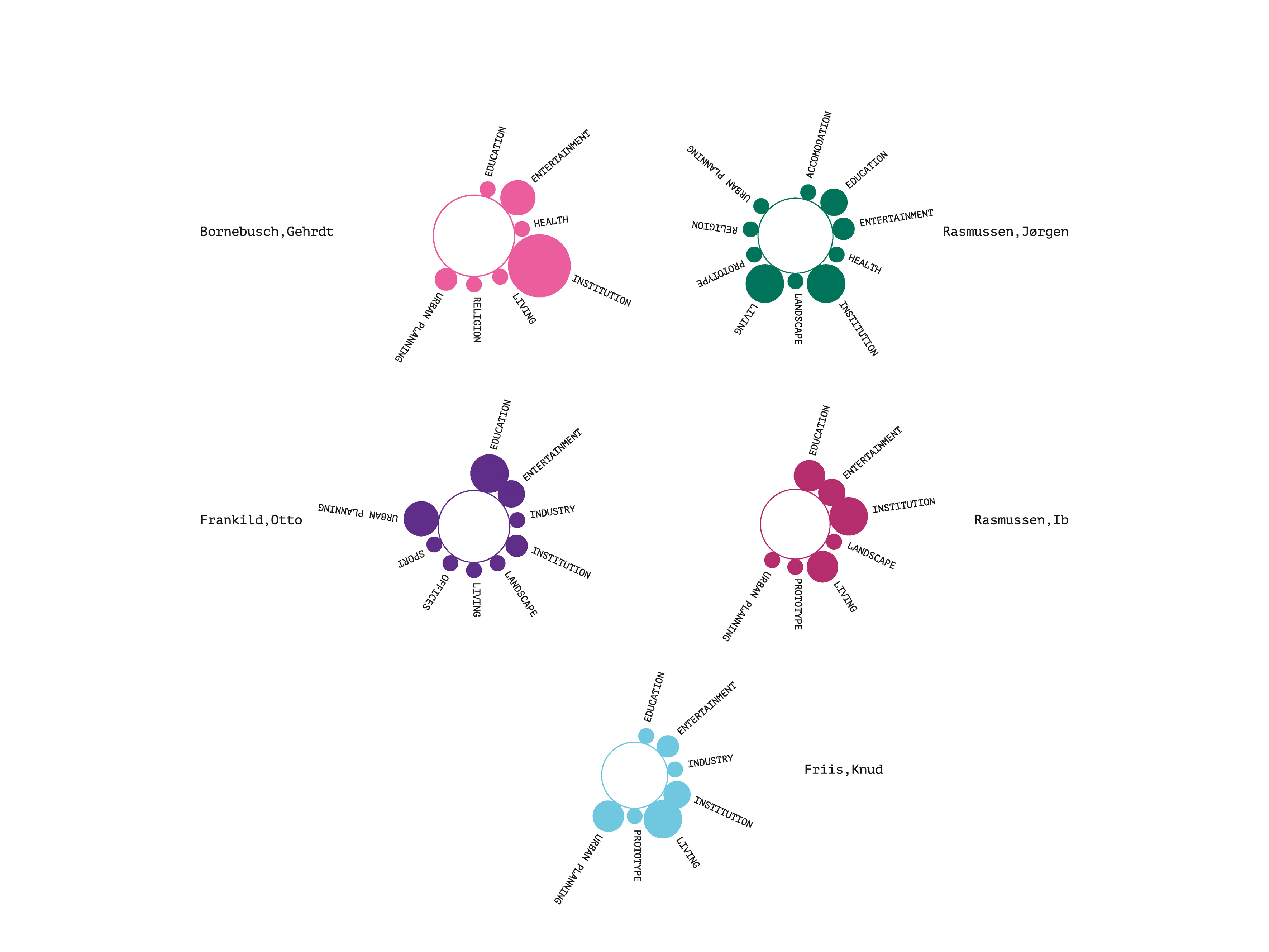 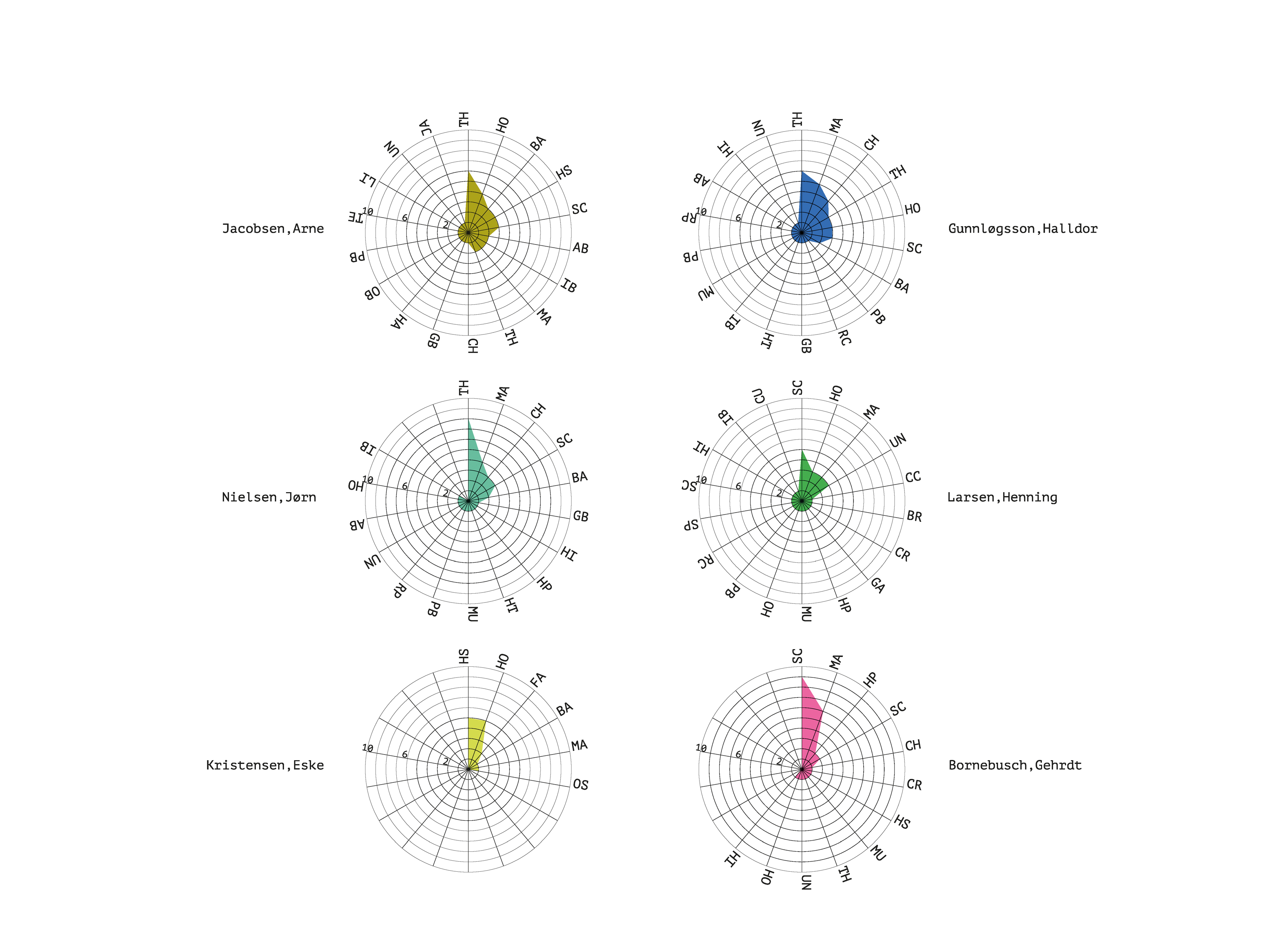 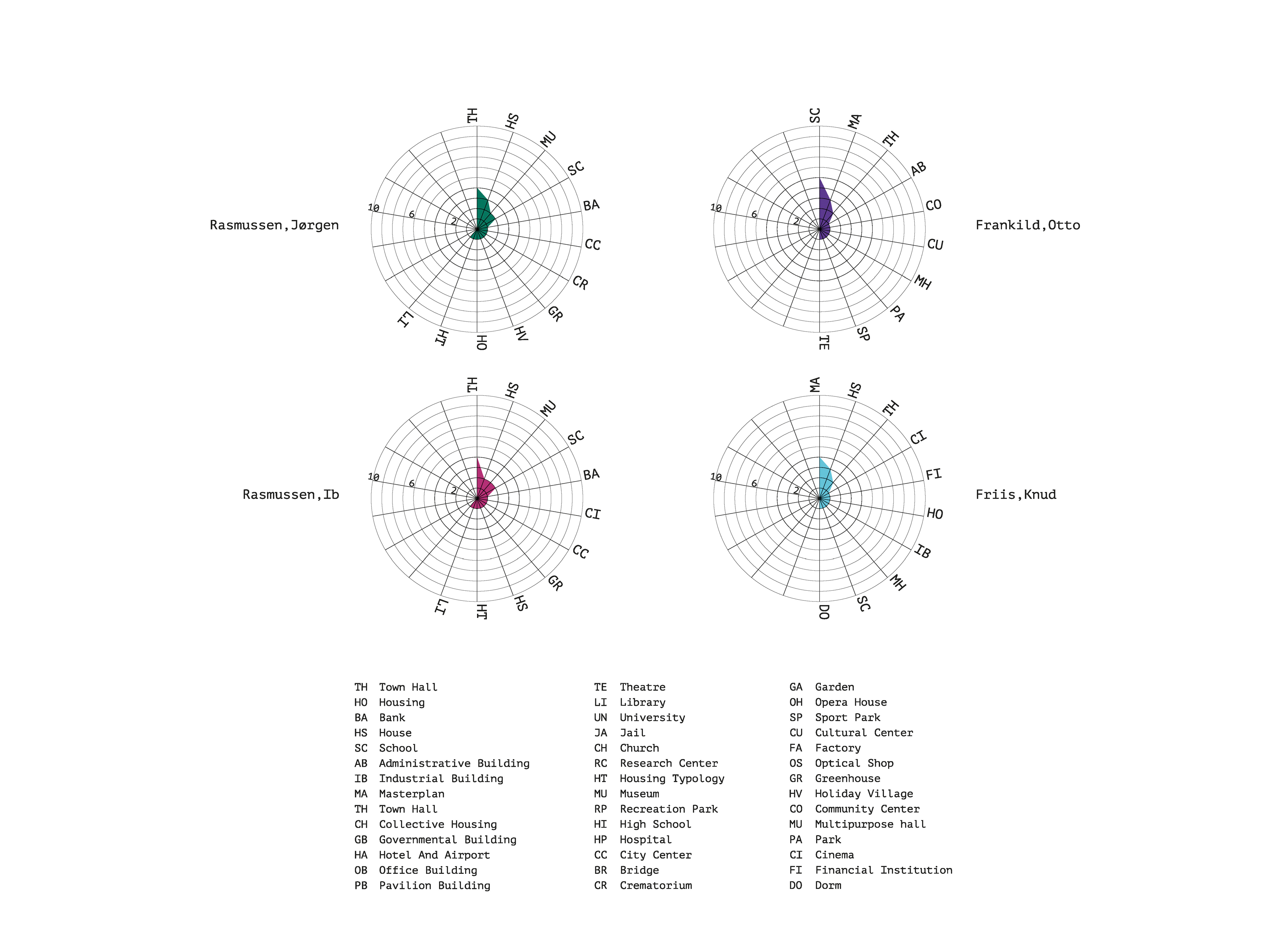 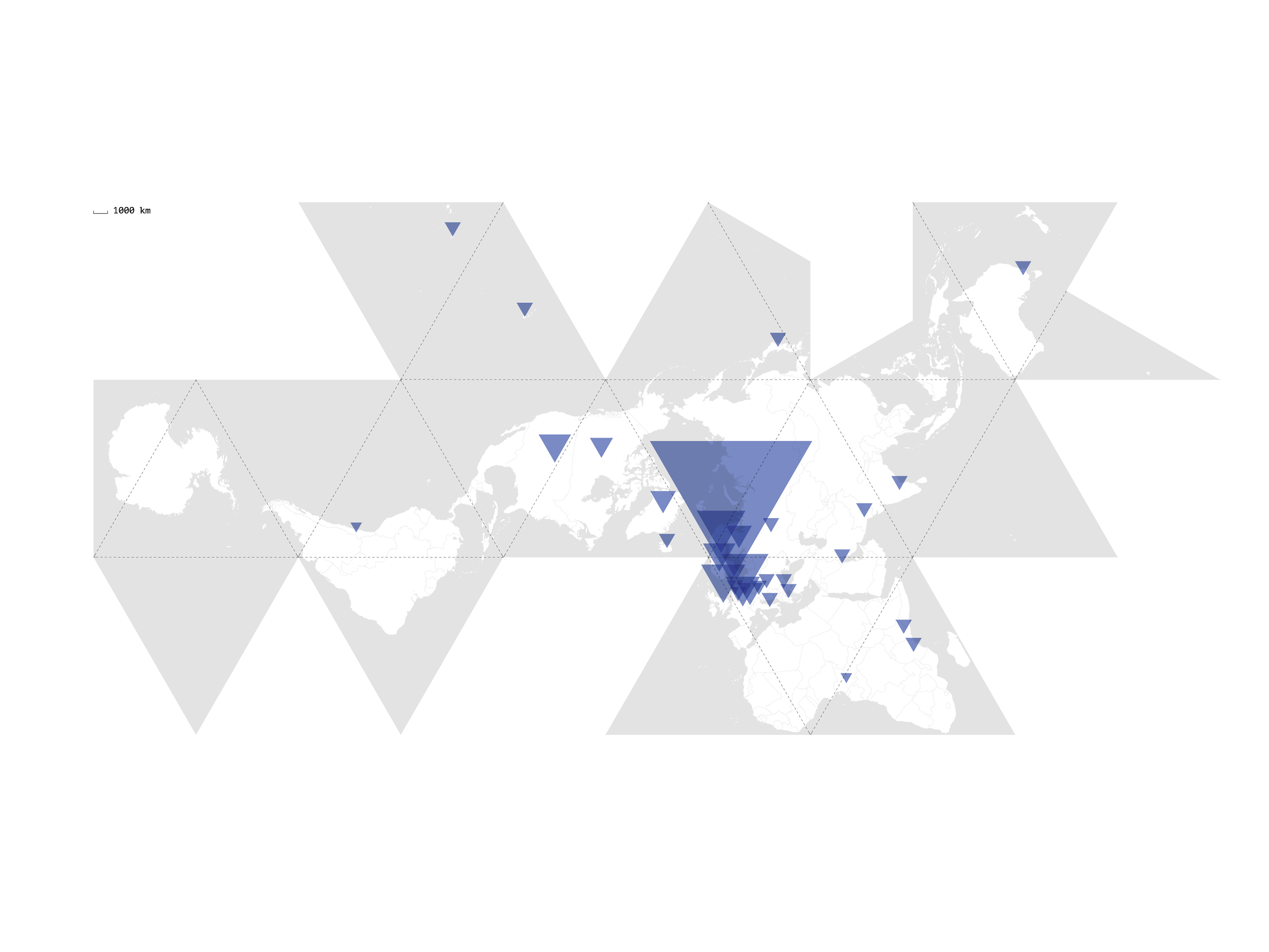 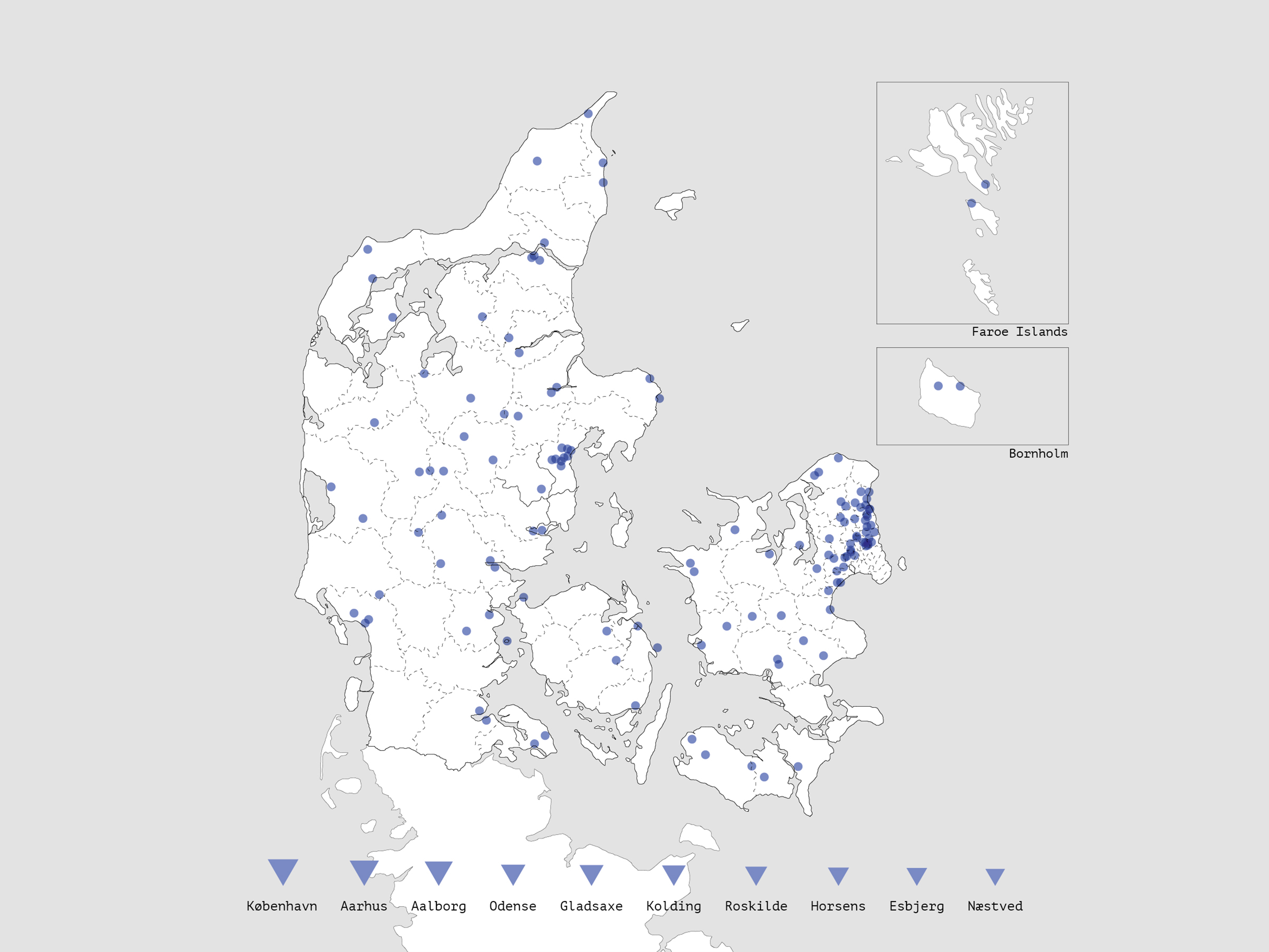 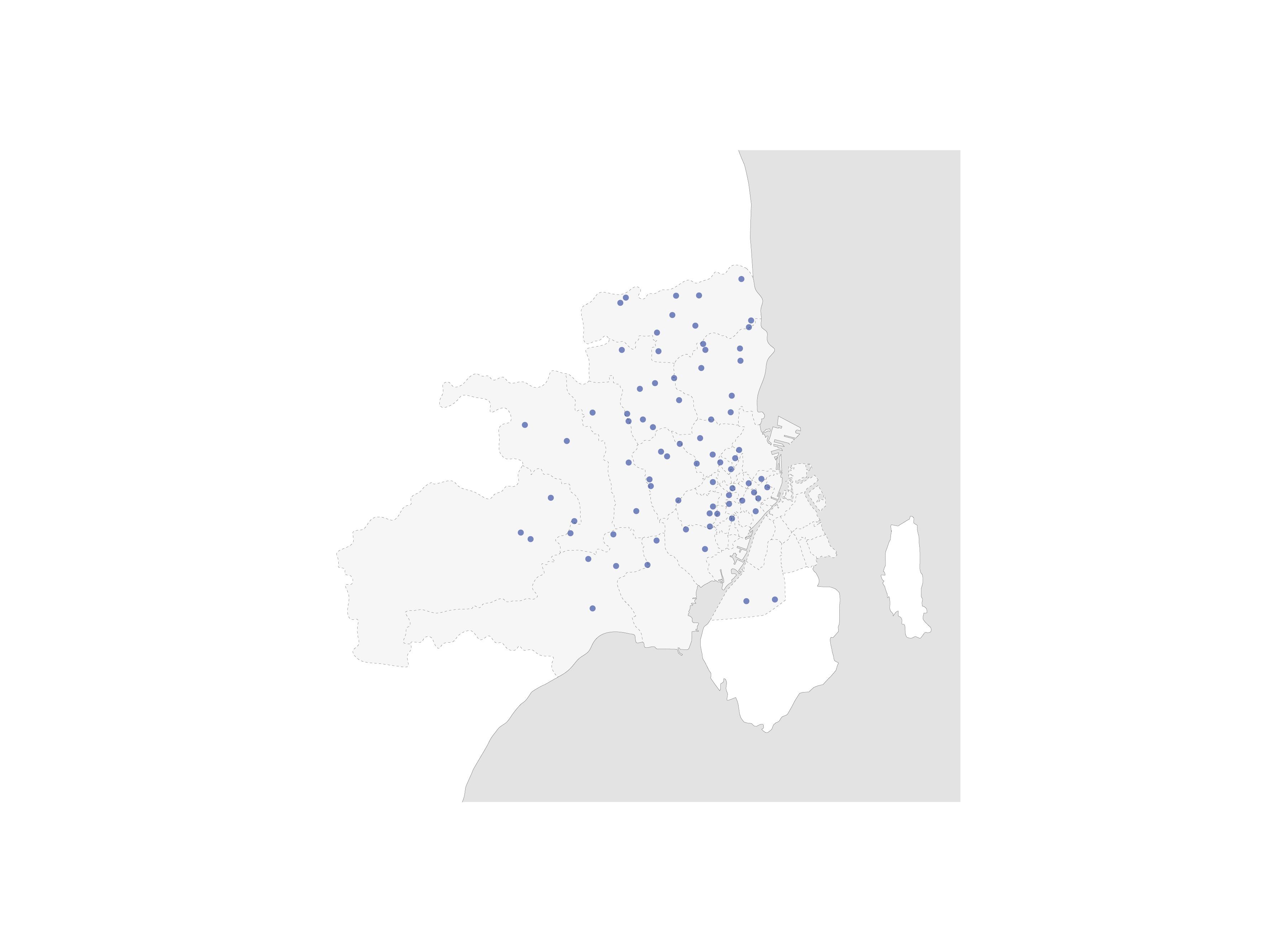 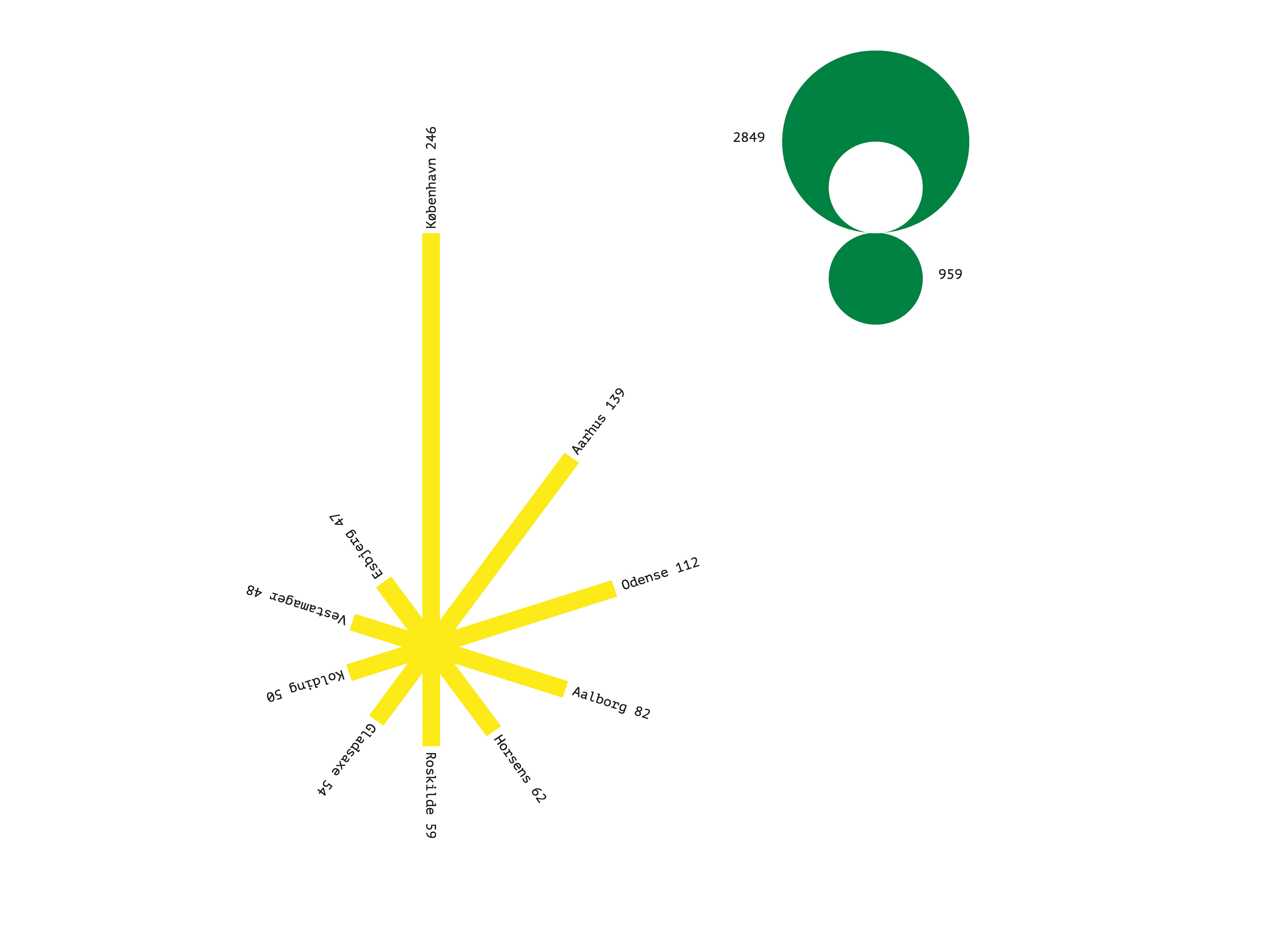 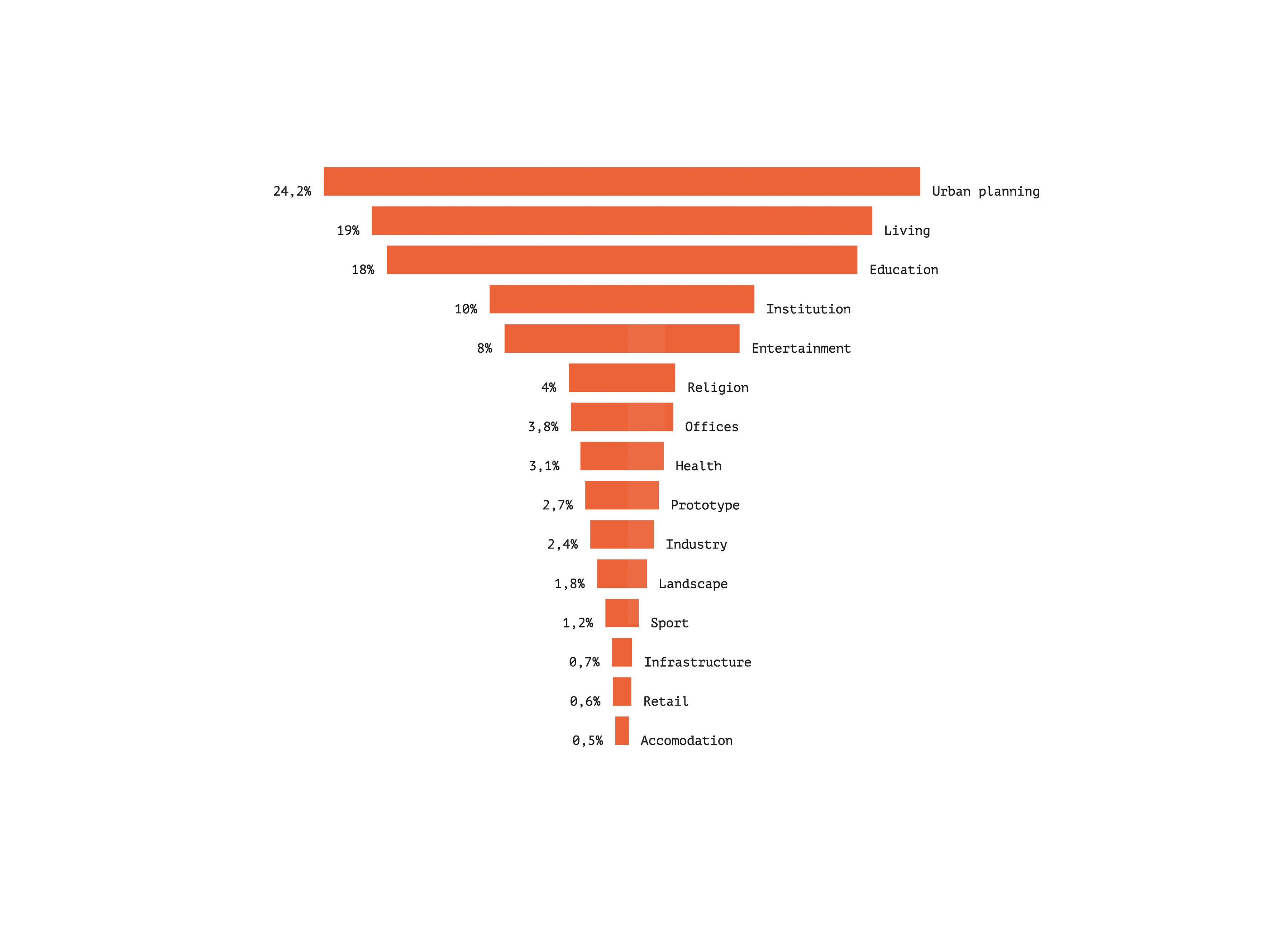 The research method behind the INDEX ROOM is a meticolous archive work of 31 years of a Danish Architectural Magazine collected from January 2017 to March 2017. An indexing process in order to elaborate synoptical datas relate to the evolution of the practices of the Architecture of the Danish Welfare State.

11 with Monthly and Weekly issues
19 with Bi-Monthly issues

37 Articles on the “Architecture and Labor”
31 Index Charts

The research has been exhibited within Capitalism is over by Raumplan and Cascina Cuccagna for the Milano Design Week 2017 click here.