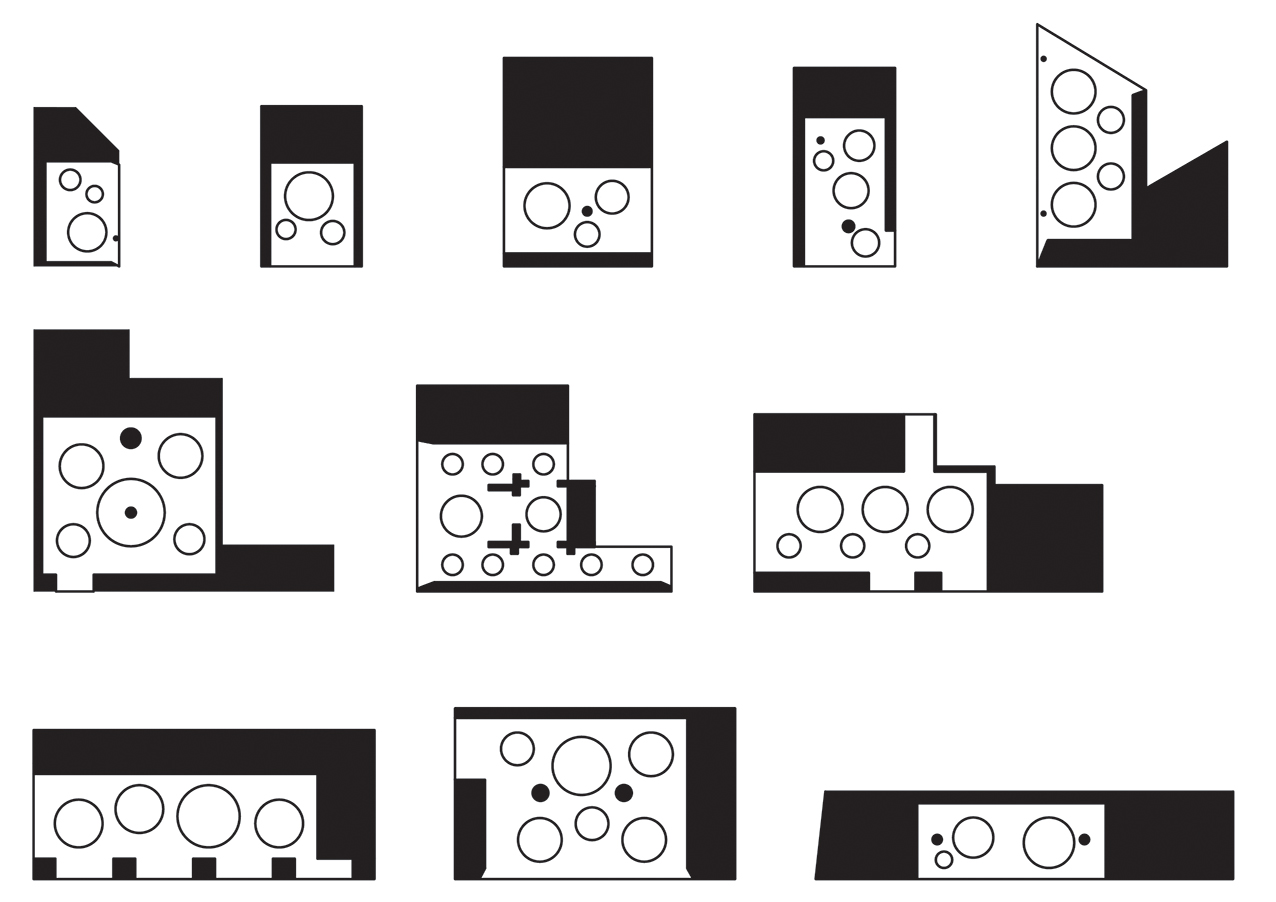 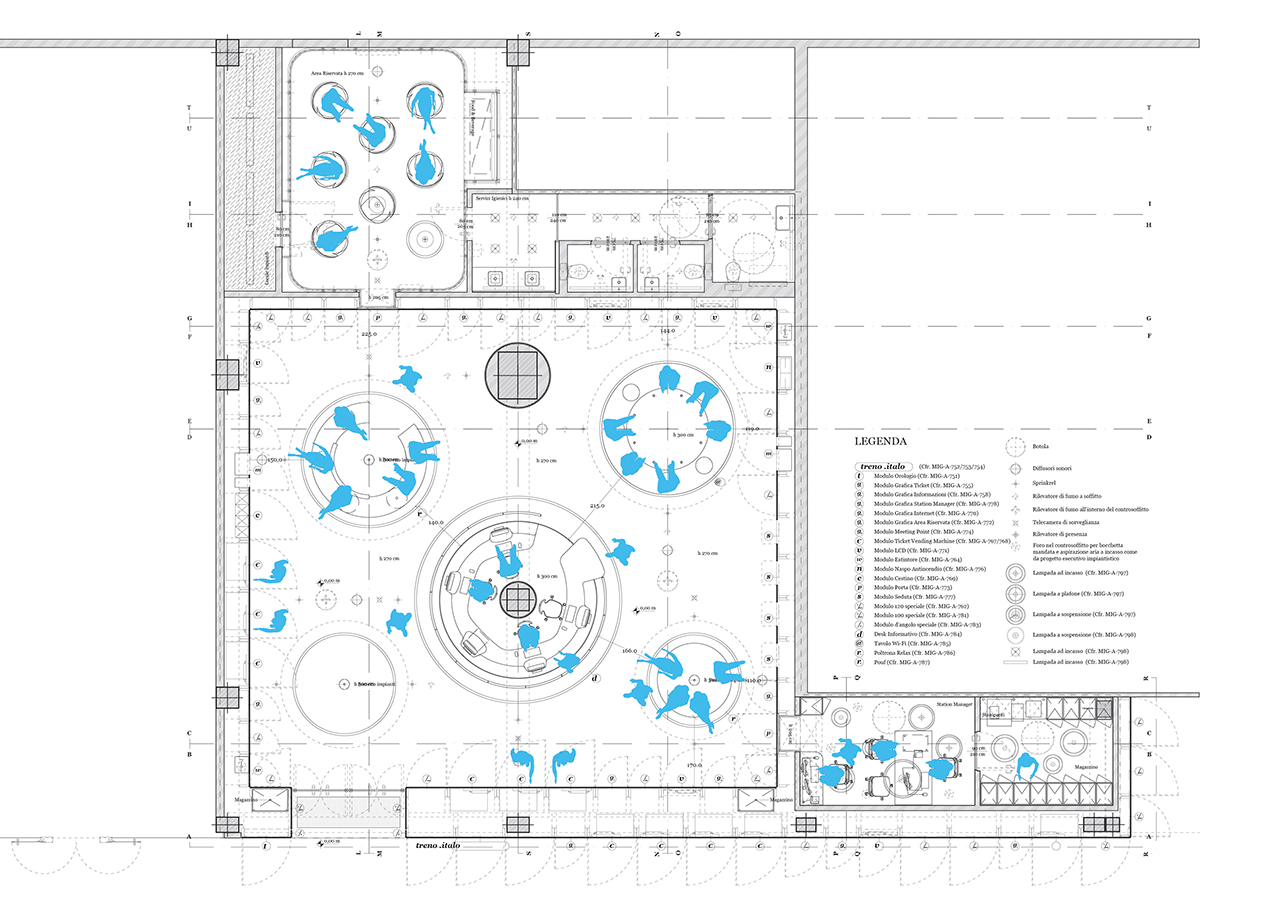 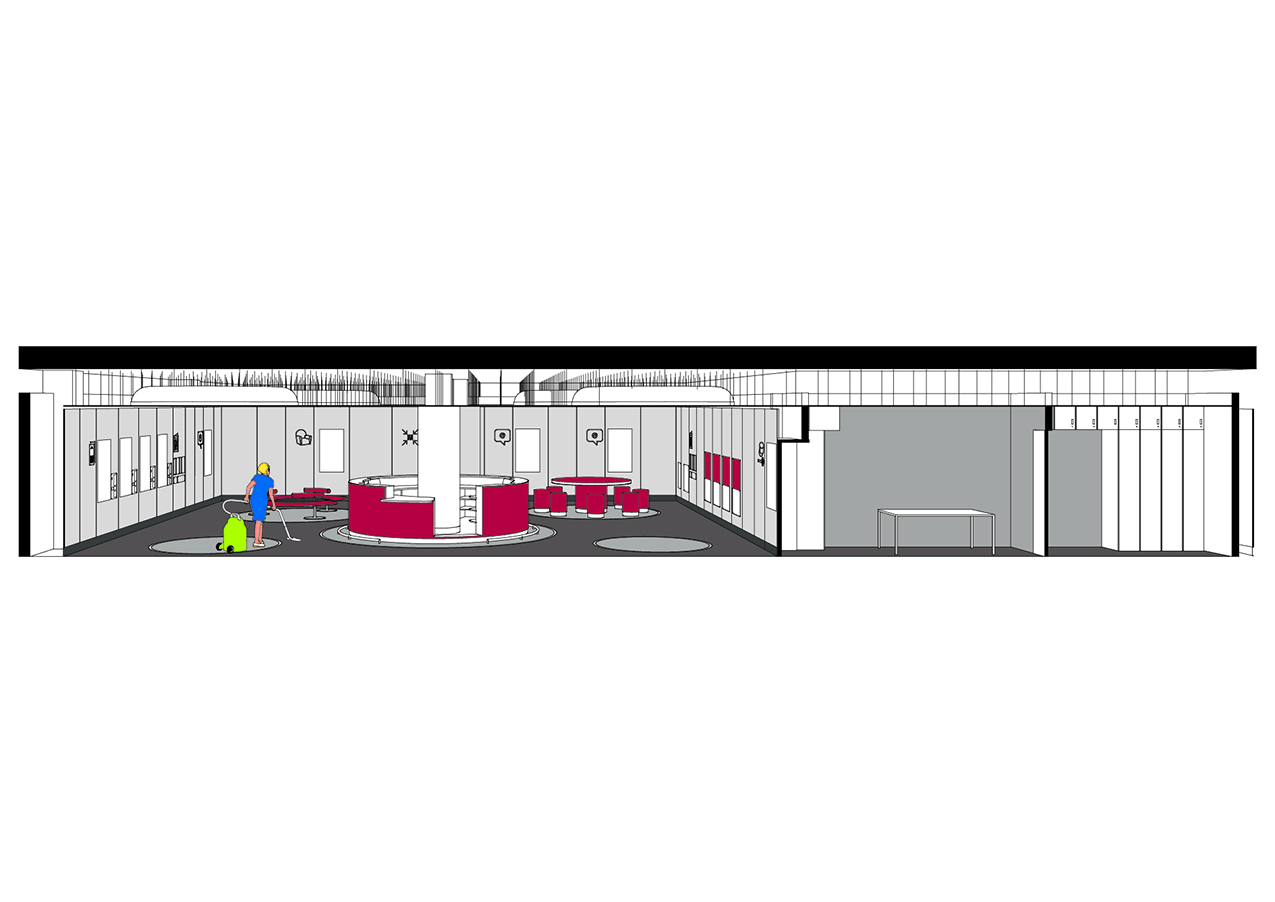 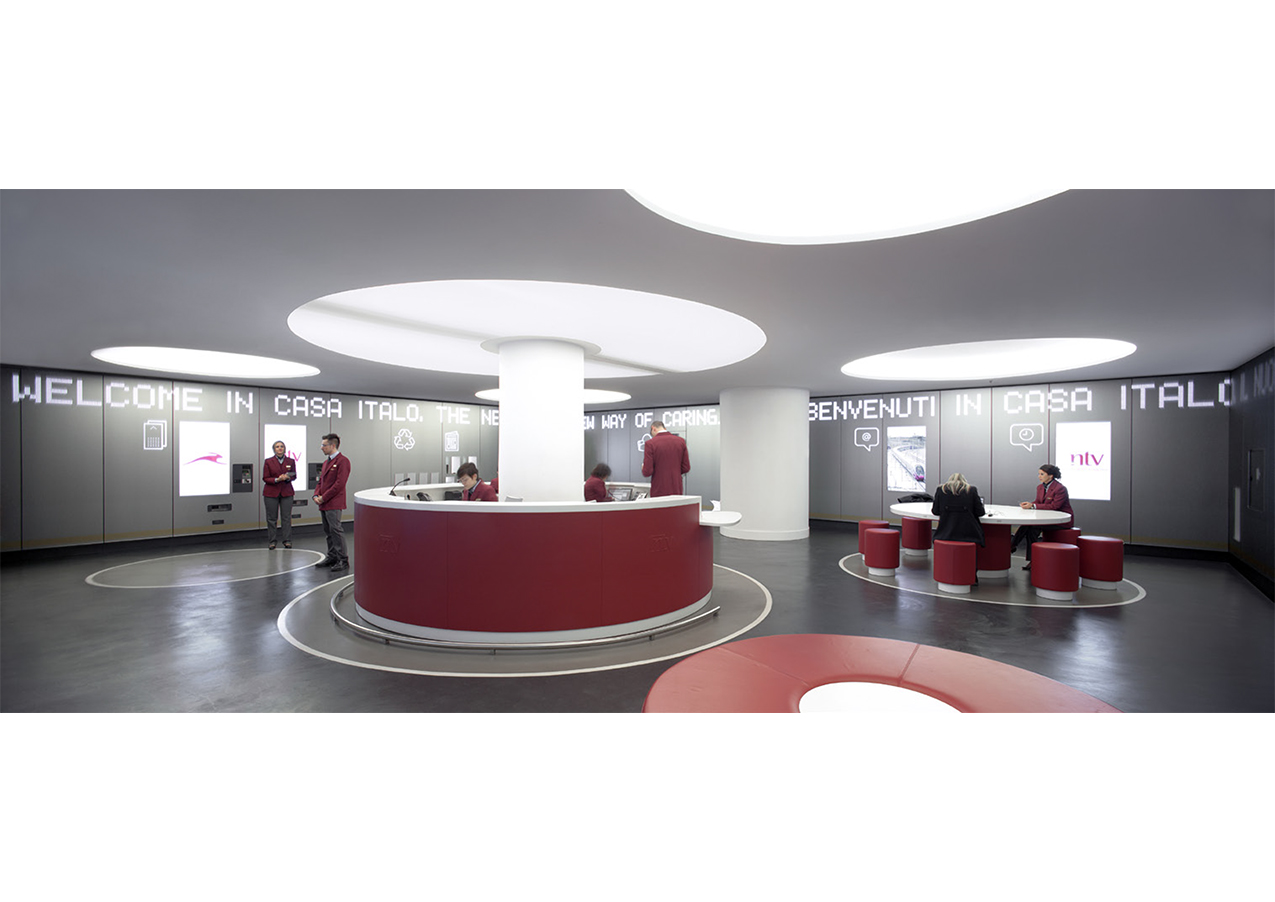 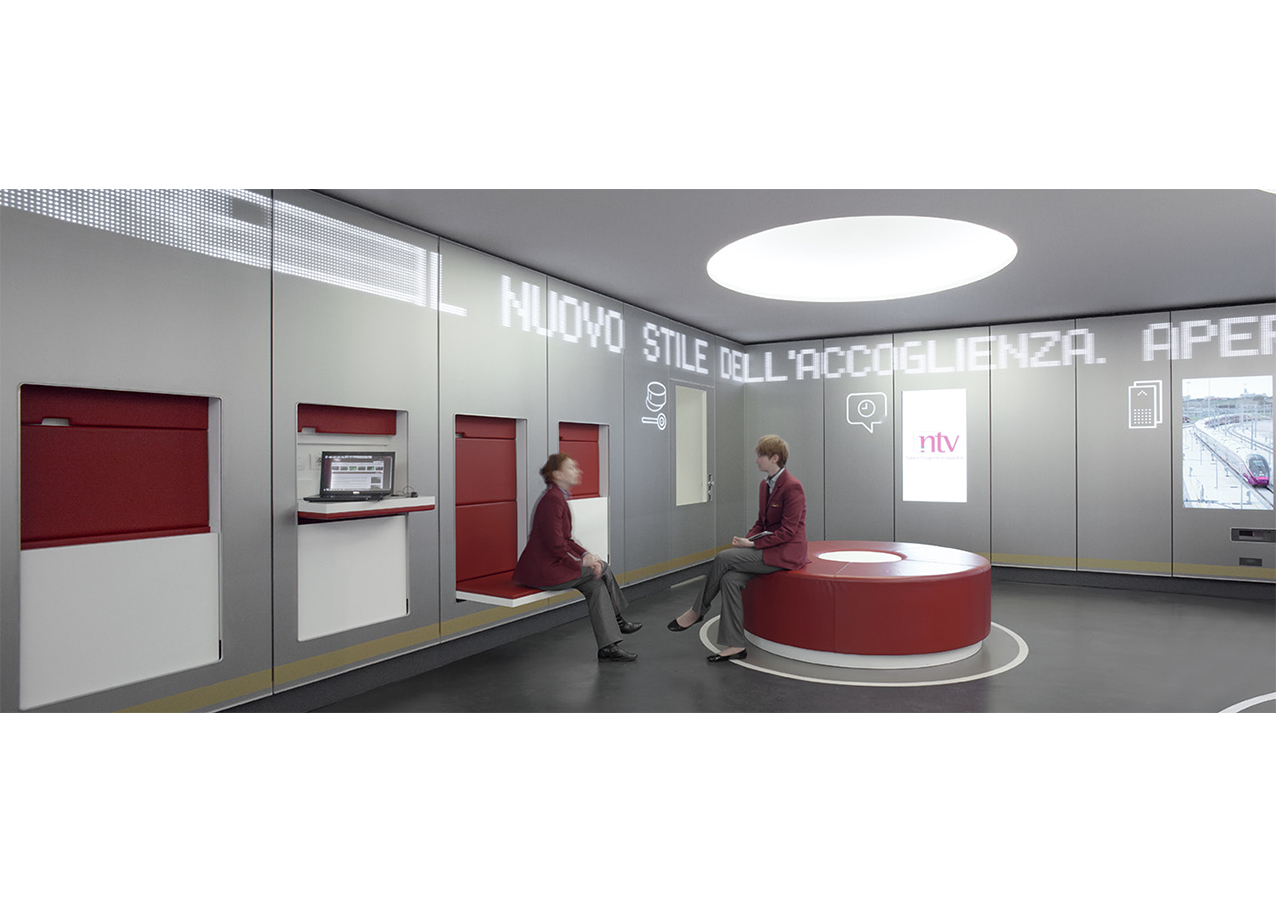 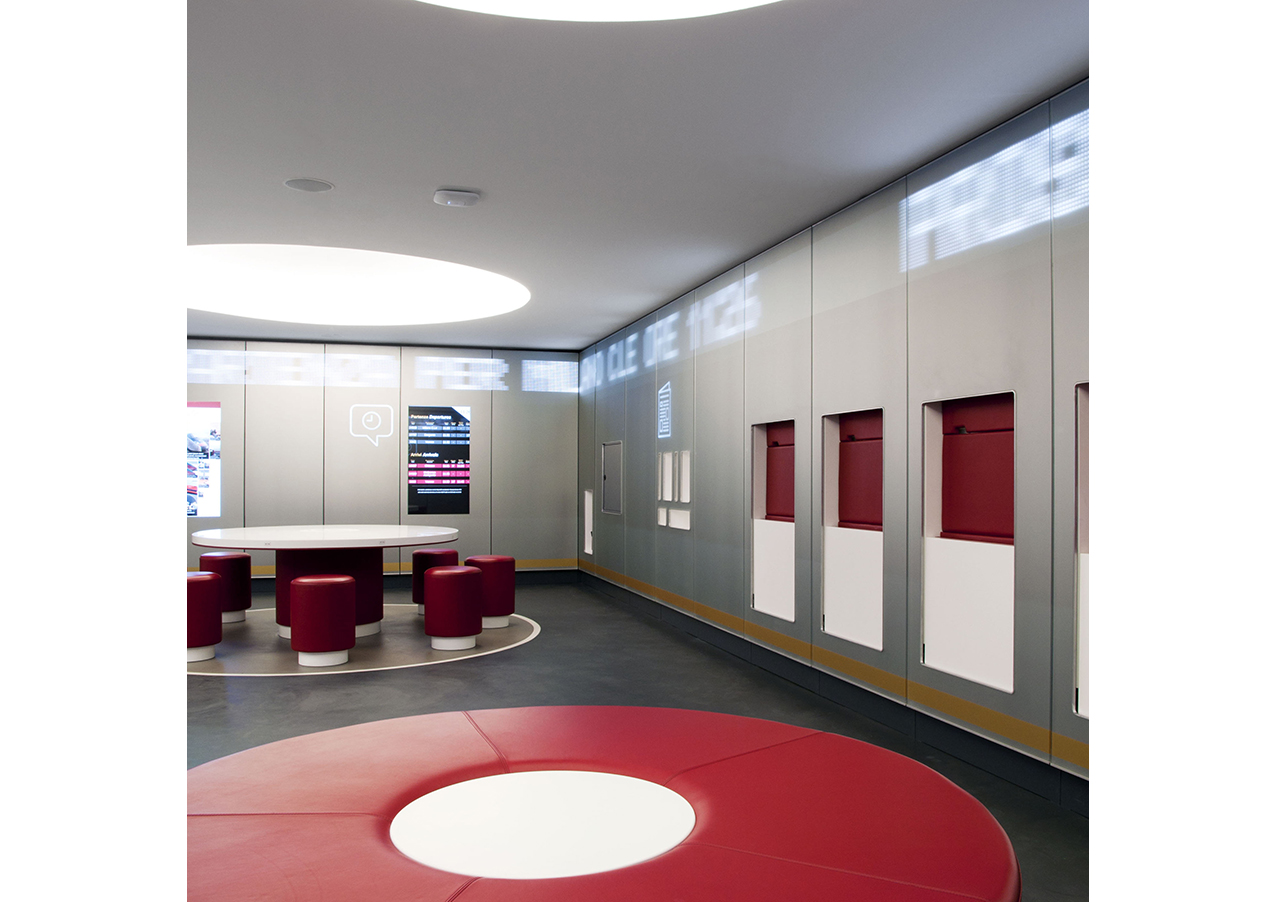 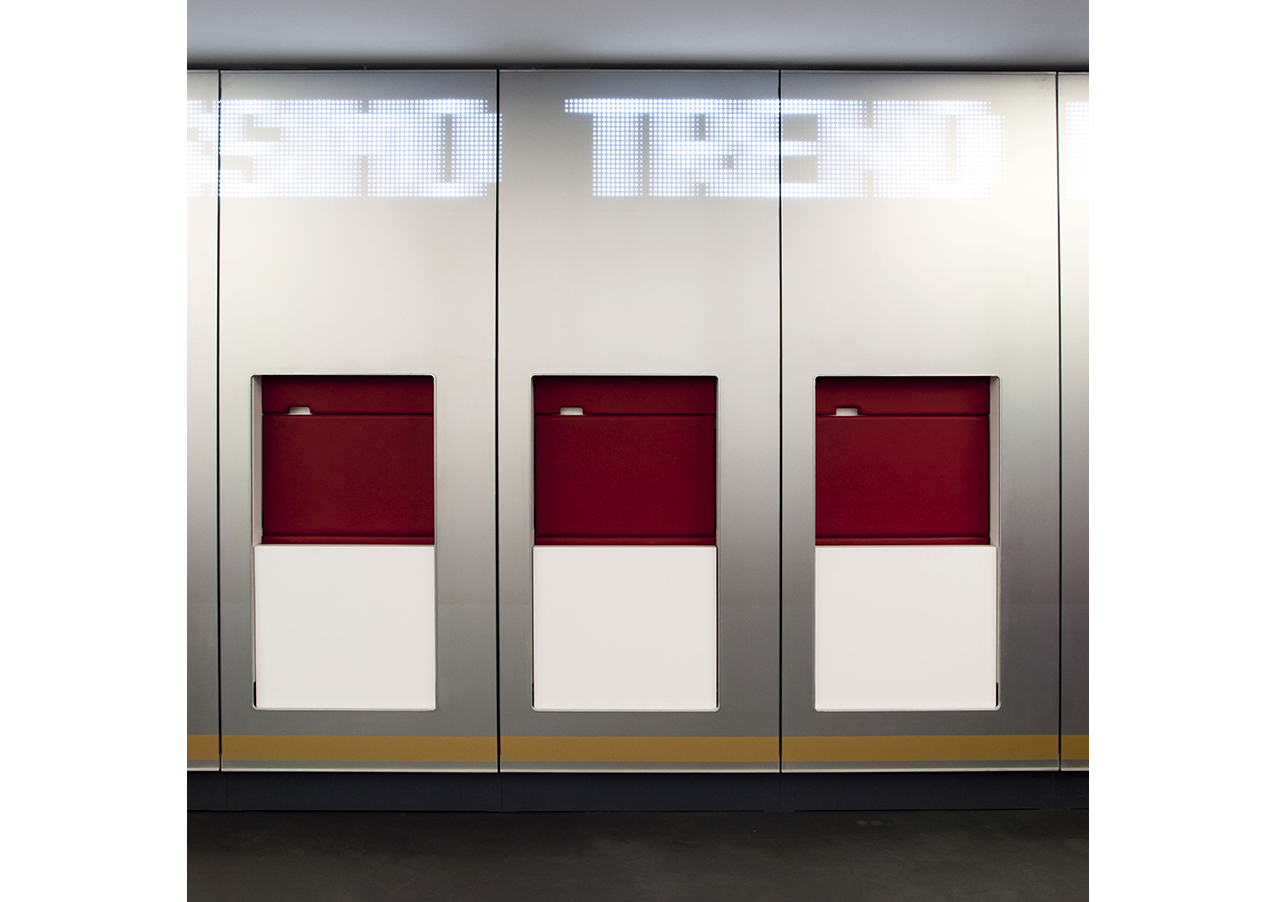 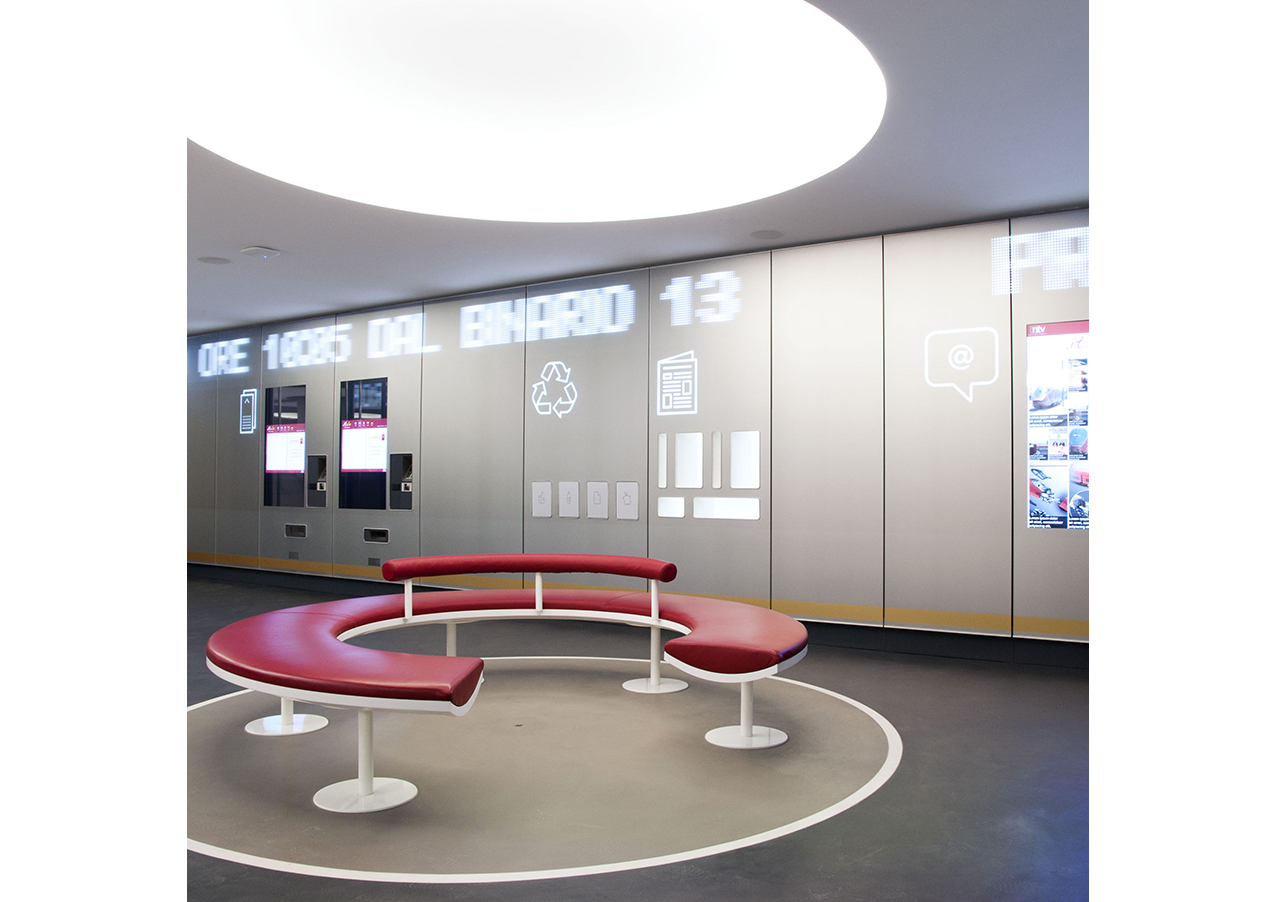 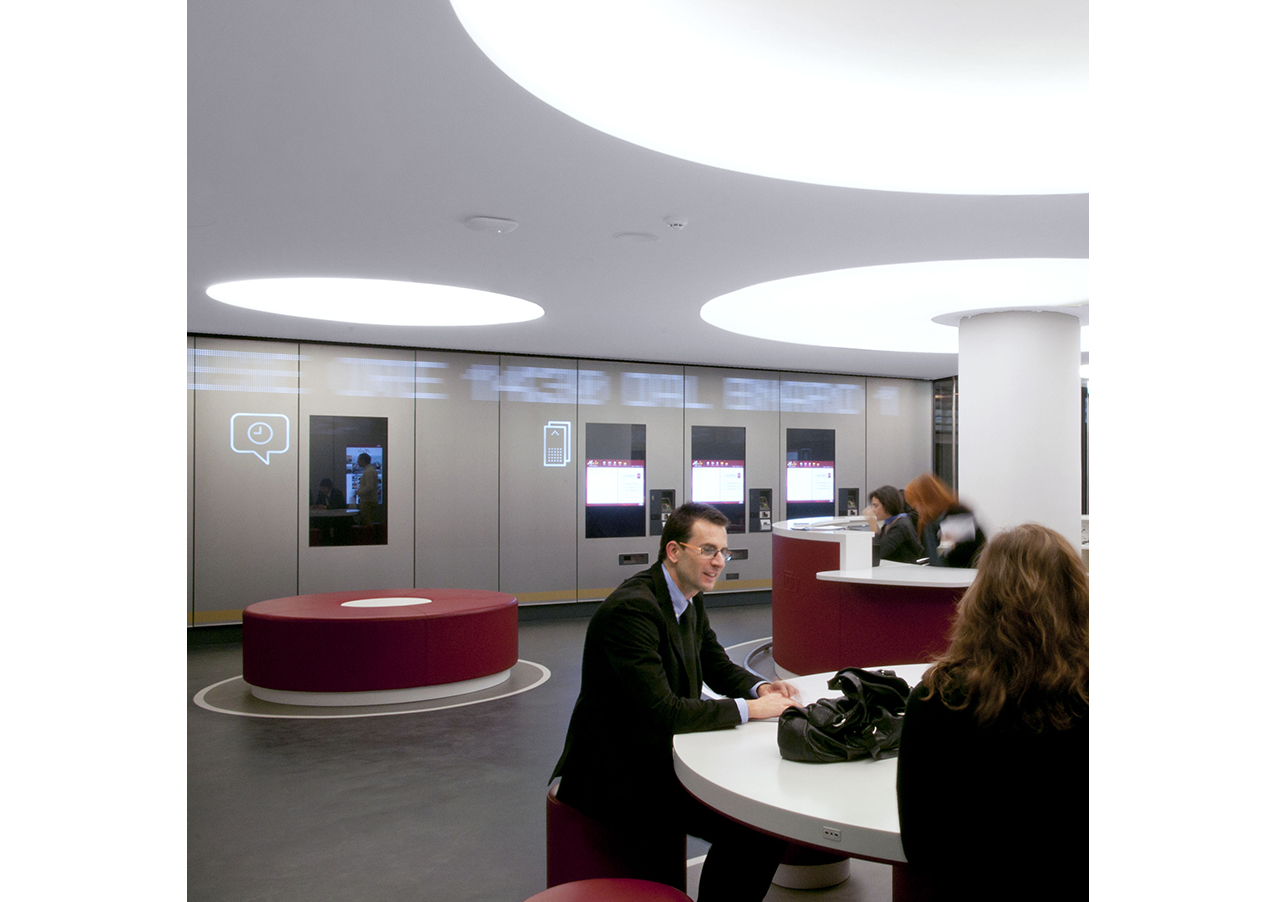 A project by: Stefano Boeri Architects
Architectural Design: Fabio Gigone
with: Ludovico Centis, Marco Ferrari, Matteo Ghidoni, Michele Marchetti, Giovanni Piovene
Concept and Interaction design: dotdotdot
Graphic Design: 46xy
The project is based on the idea of a new type of services centre designed to help travellers, in the form of a fluid, high-technology space. The activation of the entire system of Casa.italo spaces involves 10 italian cities (Milan, Bologna, Florence, Rome, Naples, Venice, Mestre, Turin, Salerno and Padua). The idea is that all the surfaces visible to travellers in transit are physically transformed into an interactive and communicative interface that defines the interiors within stations. By means of its interactive characteristics, it is a location at which the duration of travellers’ stay there is up to travellers themselves and their individual requirements. There is a direct relationship between duration of use and the personalised spaces and services dedicated to travellers.

The project, winner of a competition held by the new high-speed train company NTV during early 2009, has been developed by Stefano Boeri Architects (concept, architectural design and team coordination) in collaboration with dotdotdot (concept and interaction design), 46XY (graphic design), Ferrari & Brocajoli SRL (technical systems), Andrej Mikuz Architect (technical feasibility, and computation). The phase of engineering of individual components of the project has been developed with Cassina Contract.