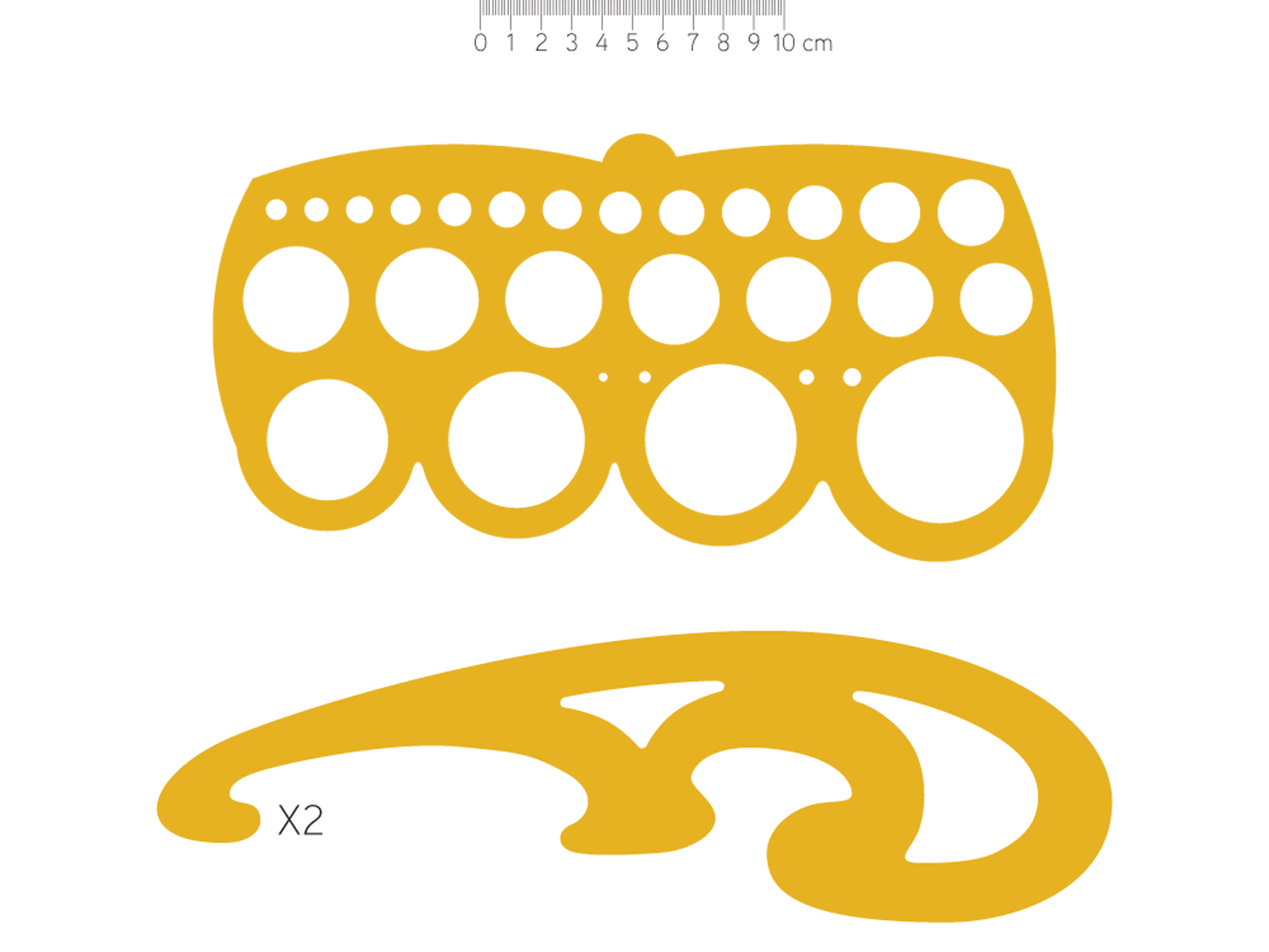 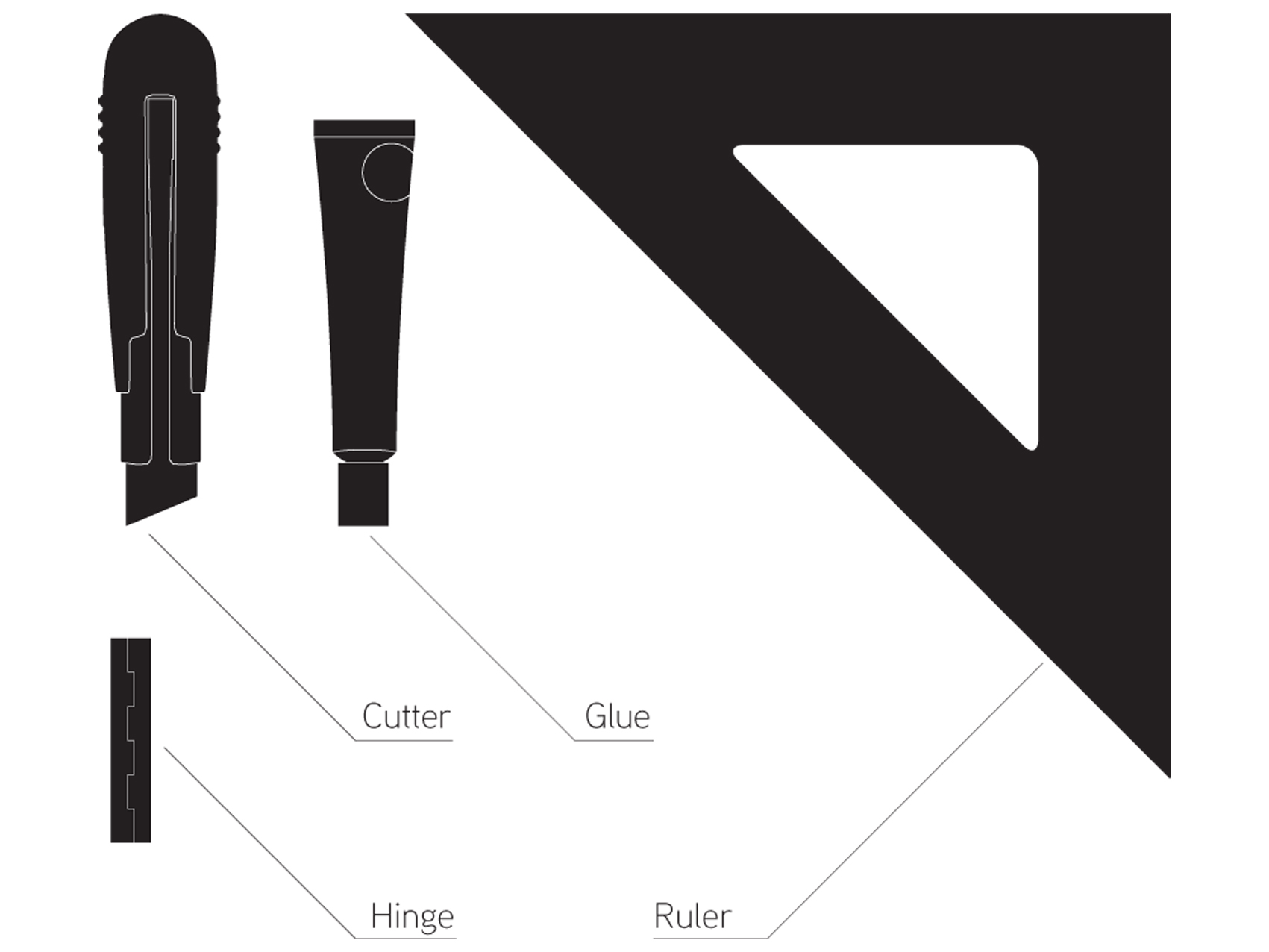 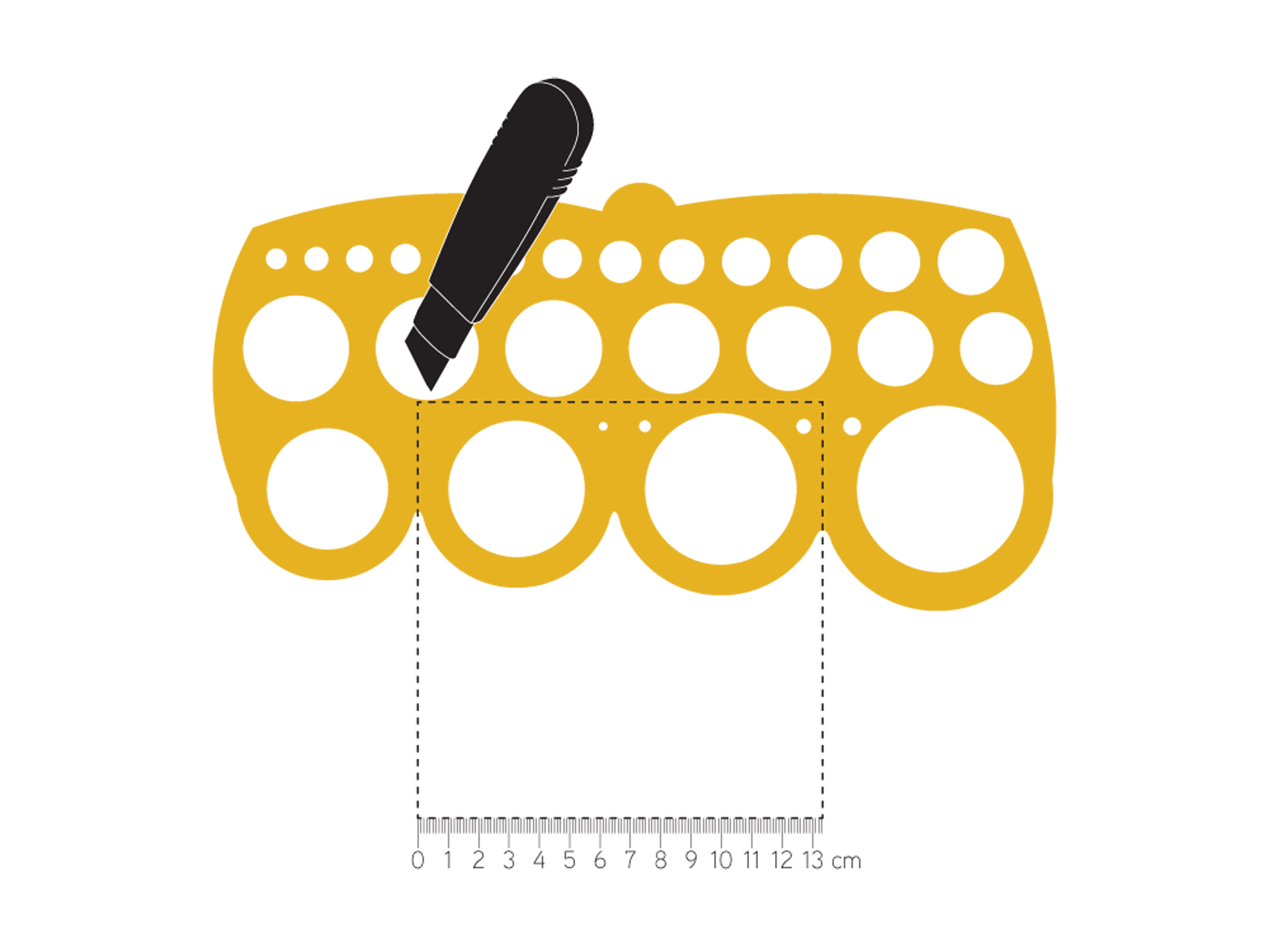 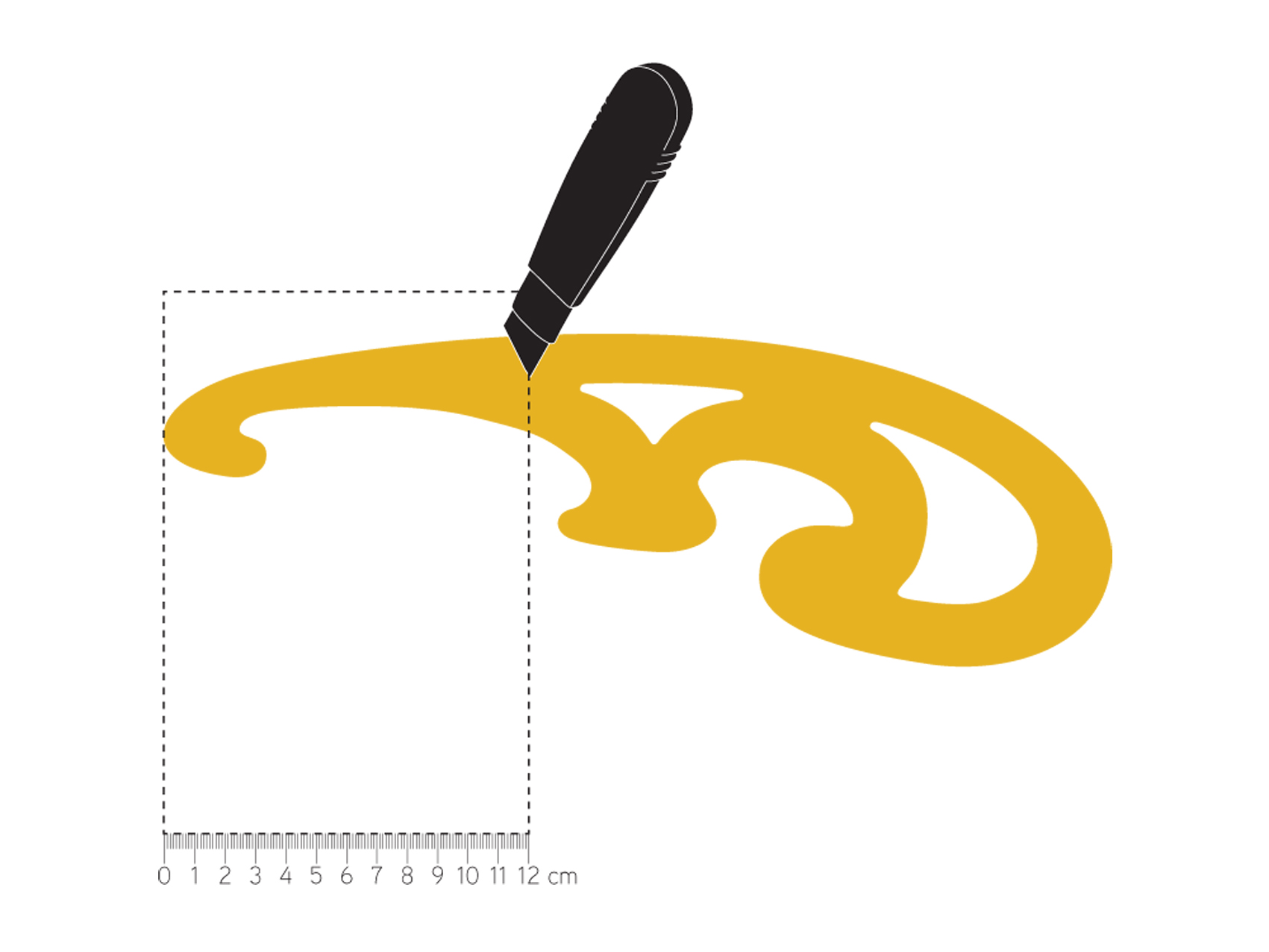 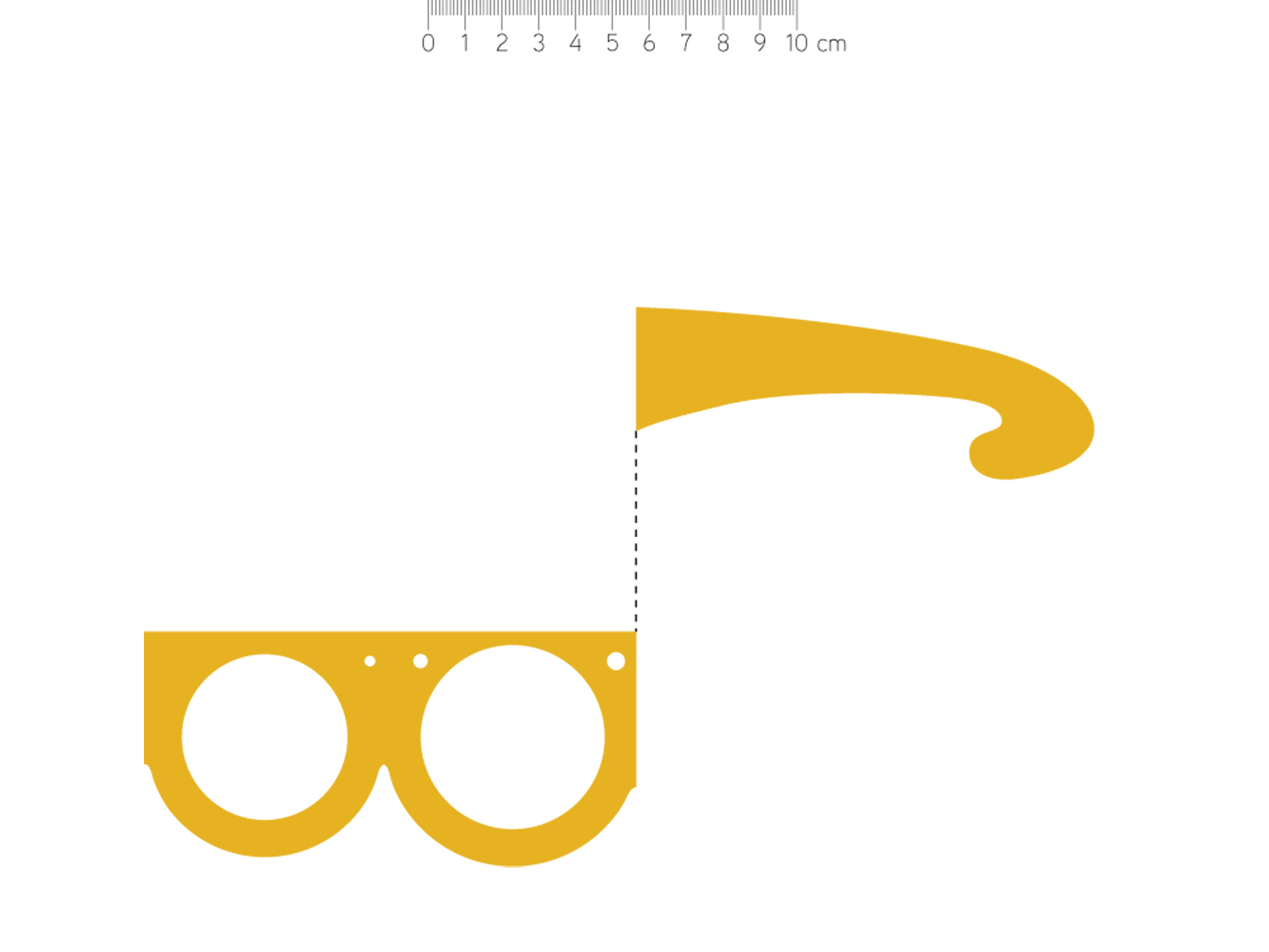 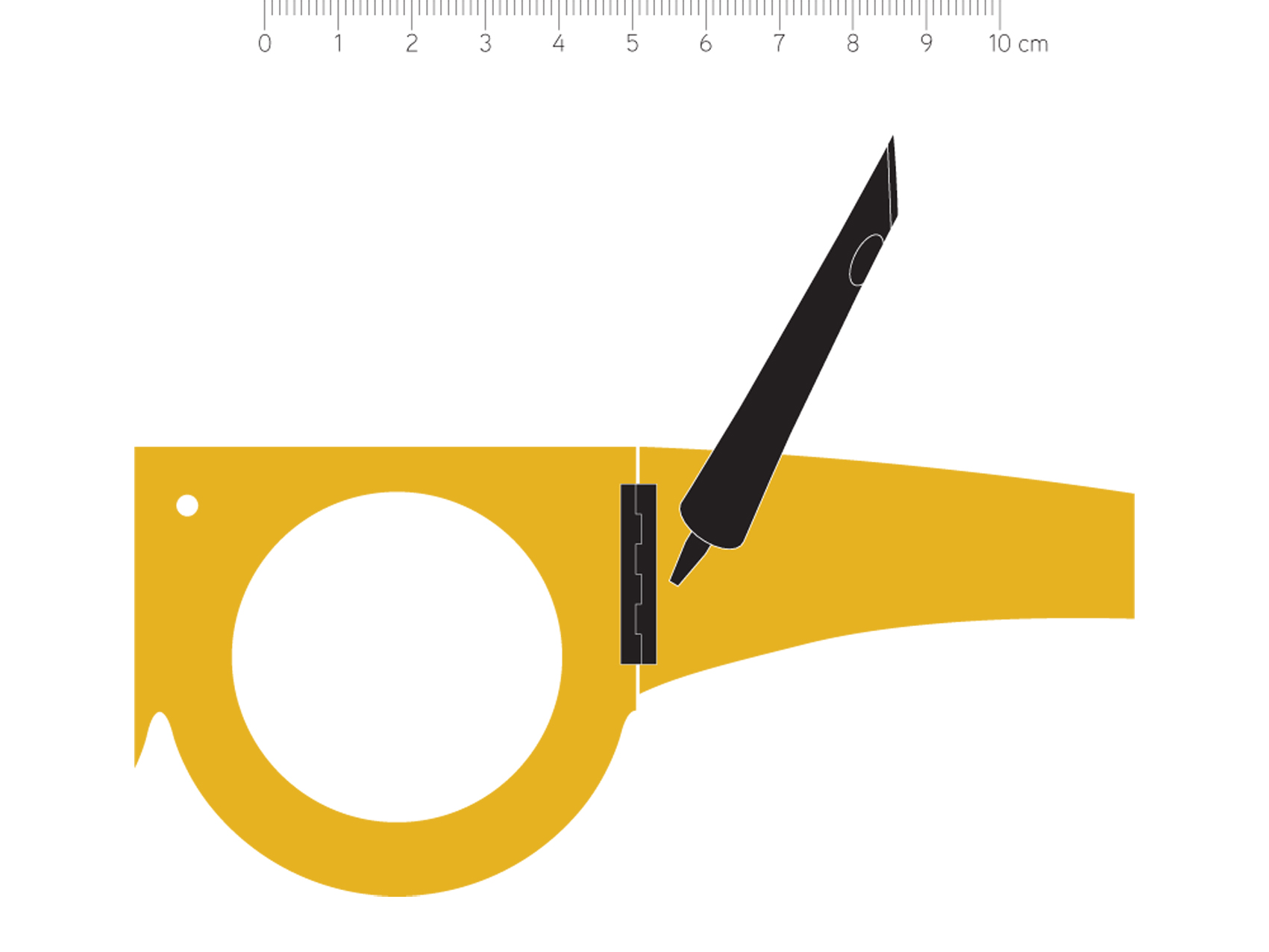 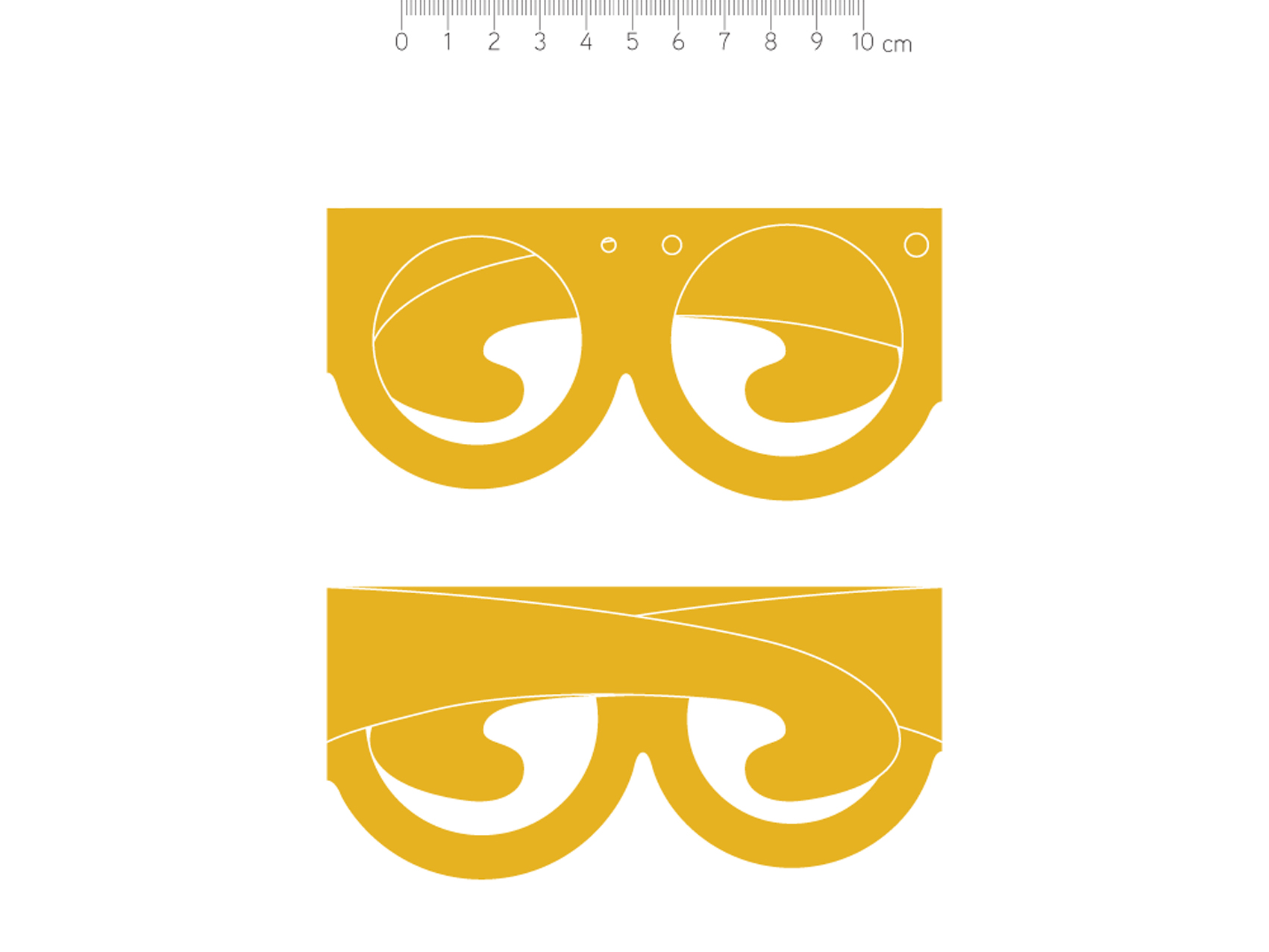 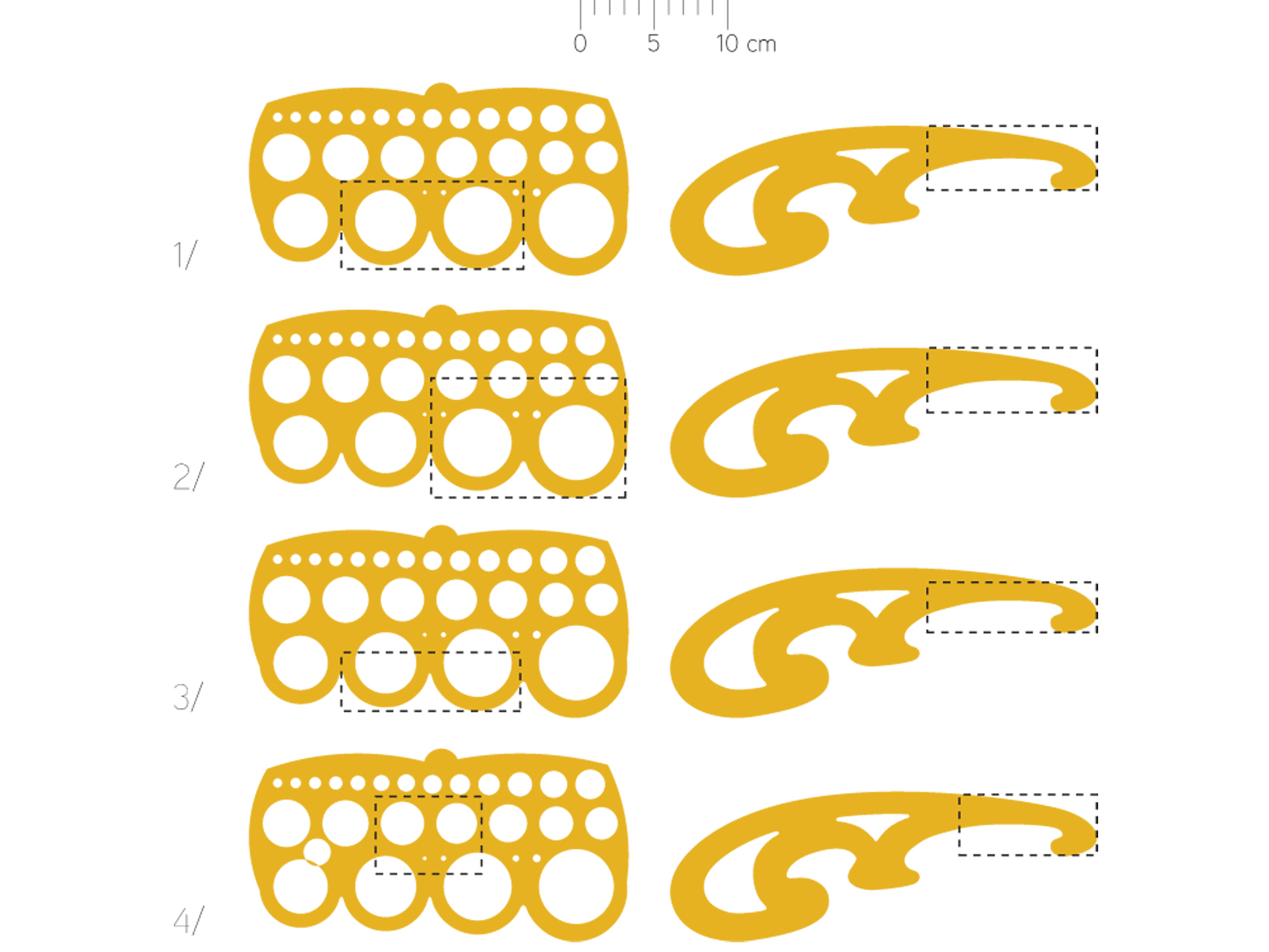 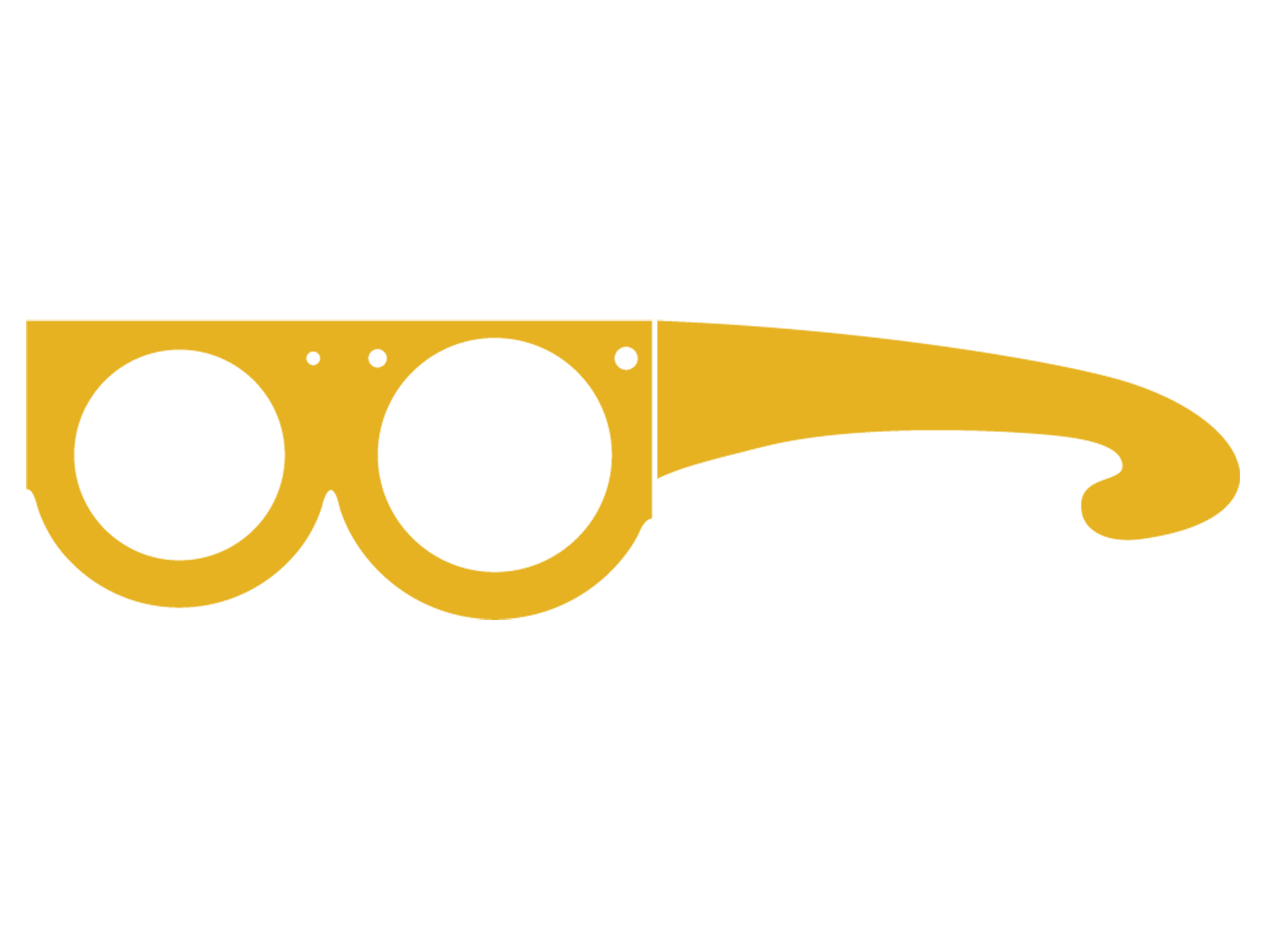 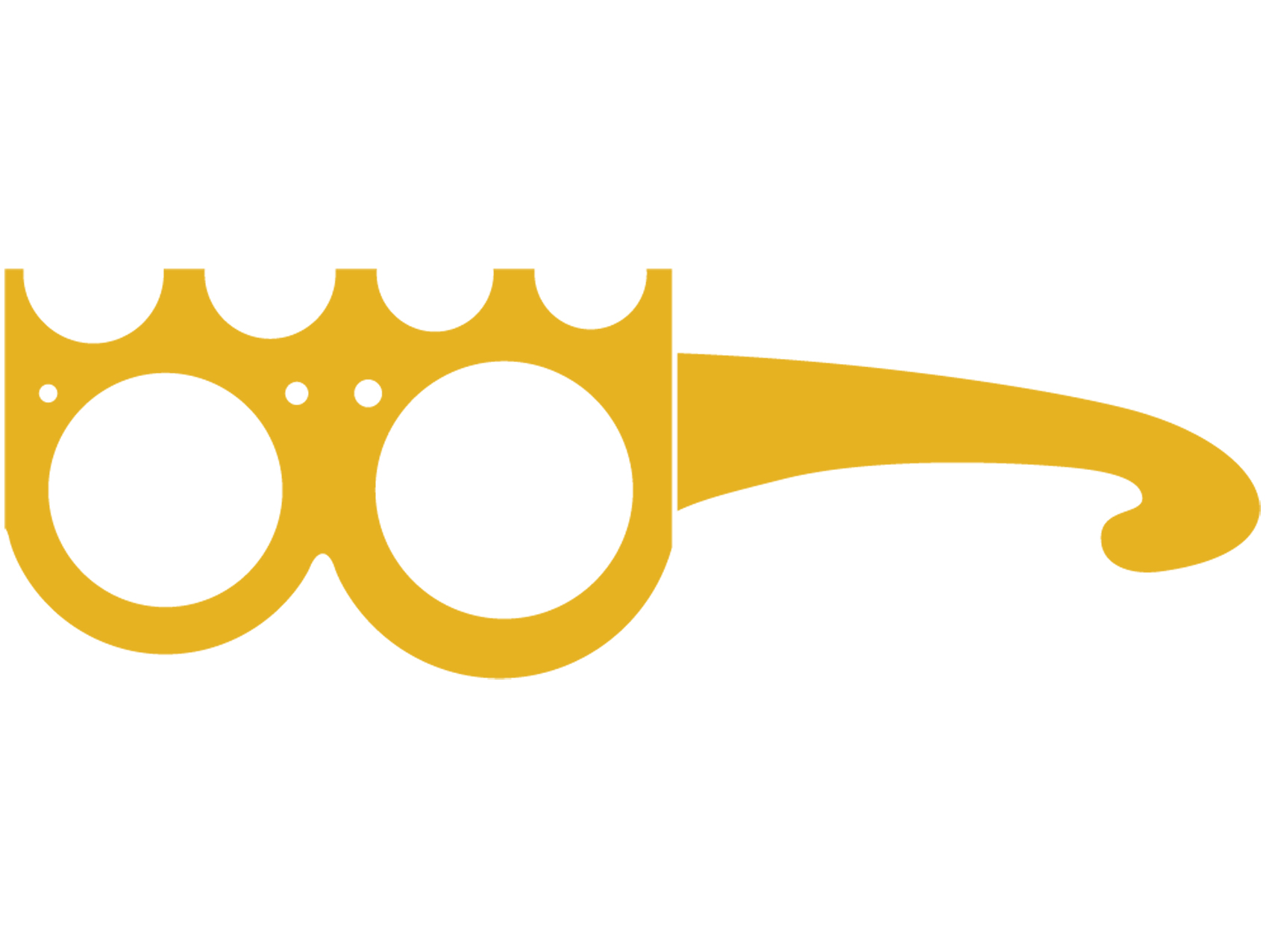 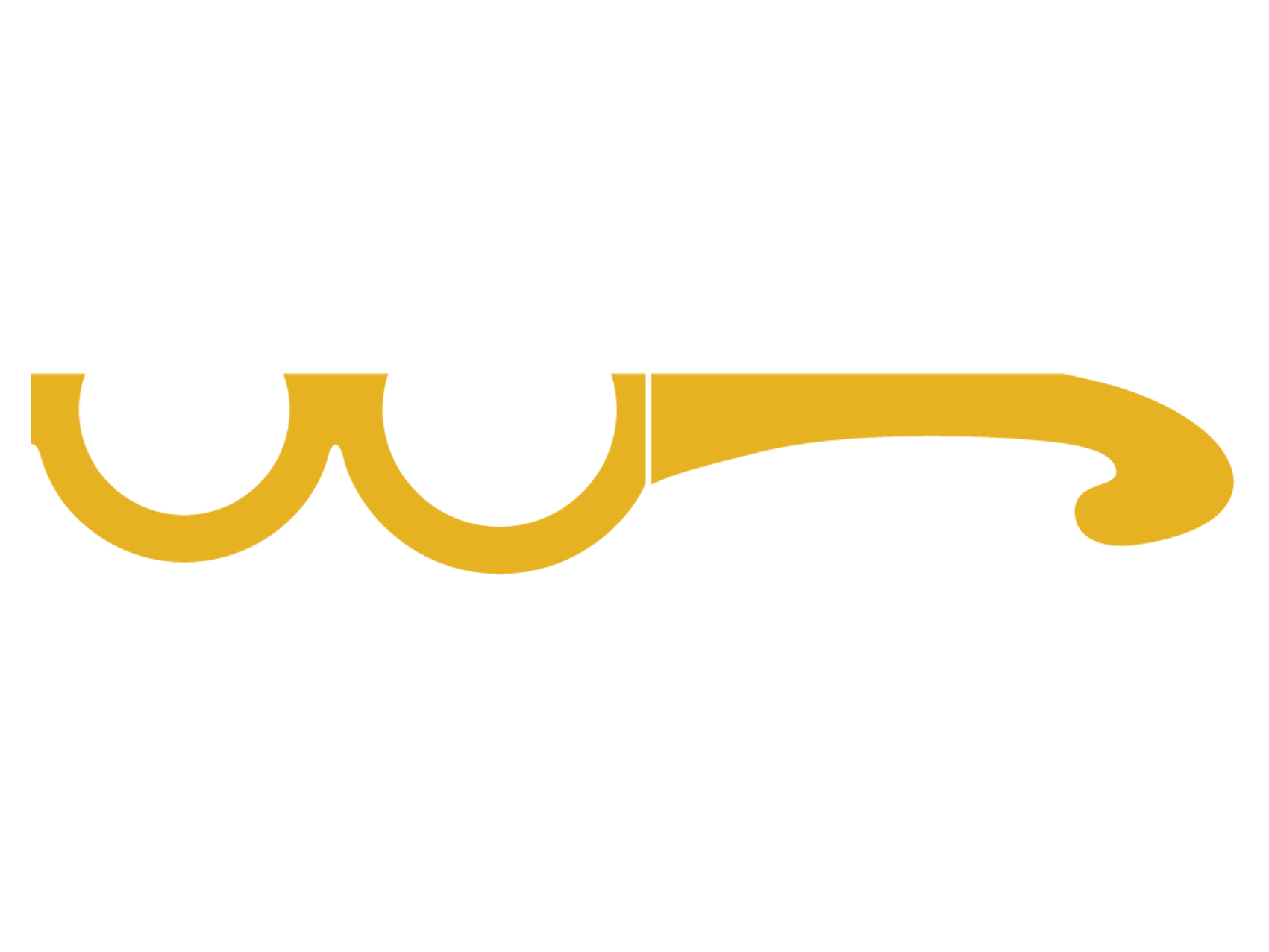 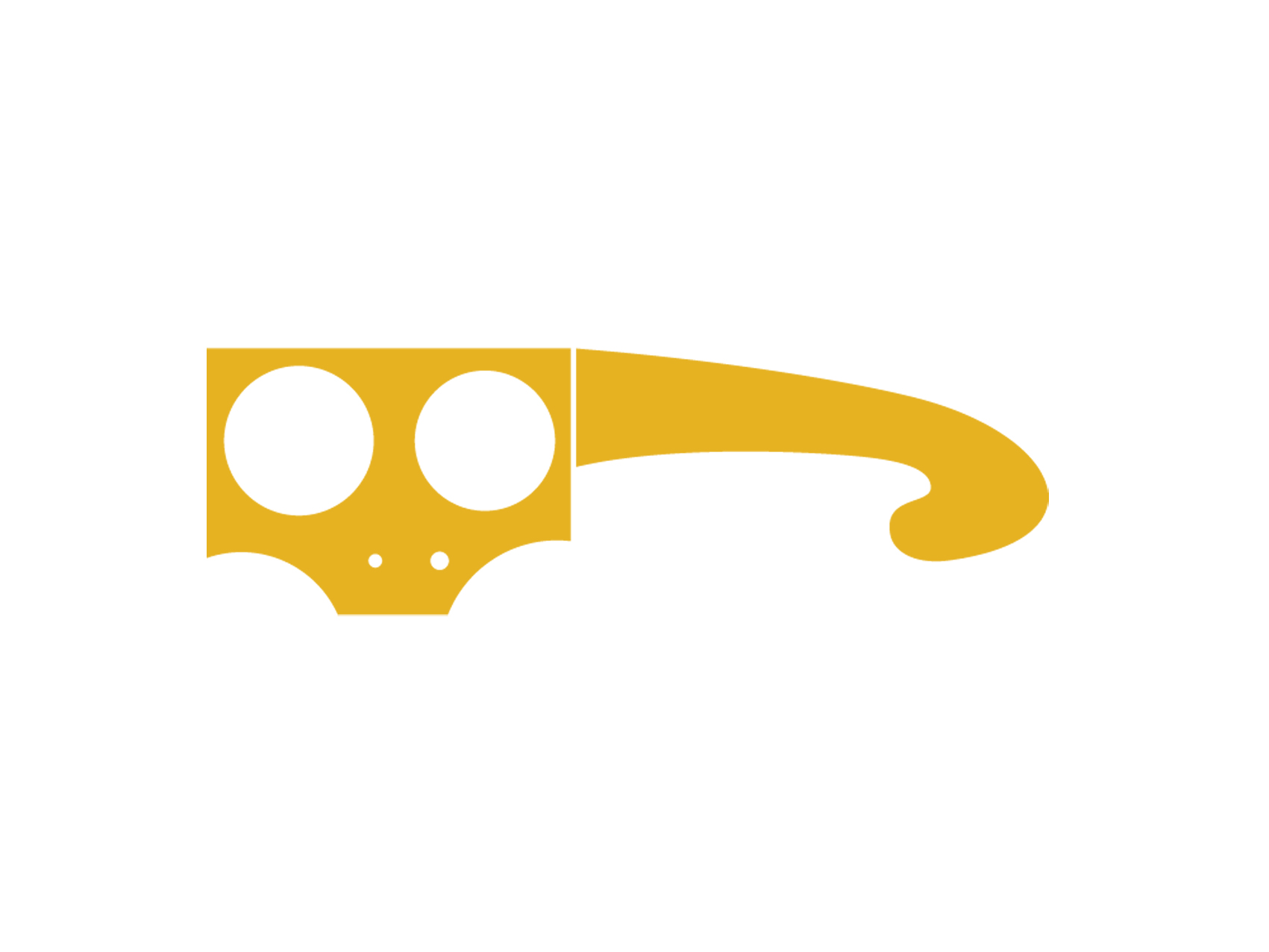 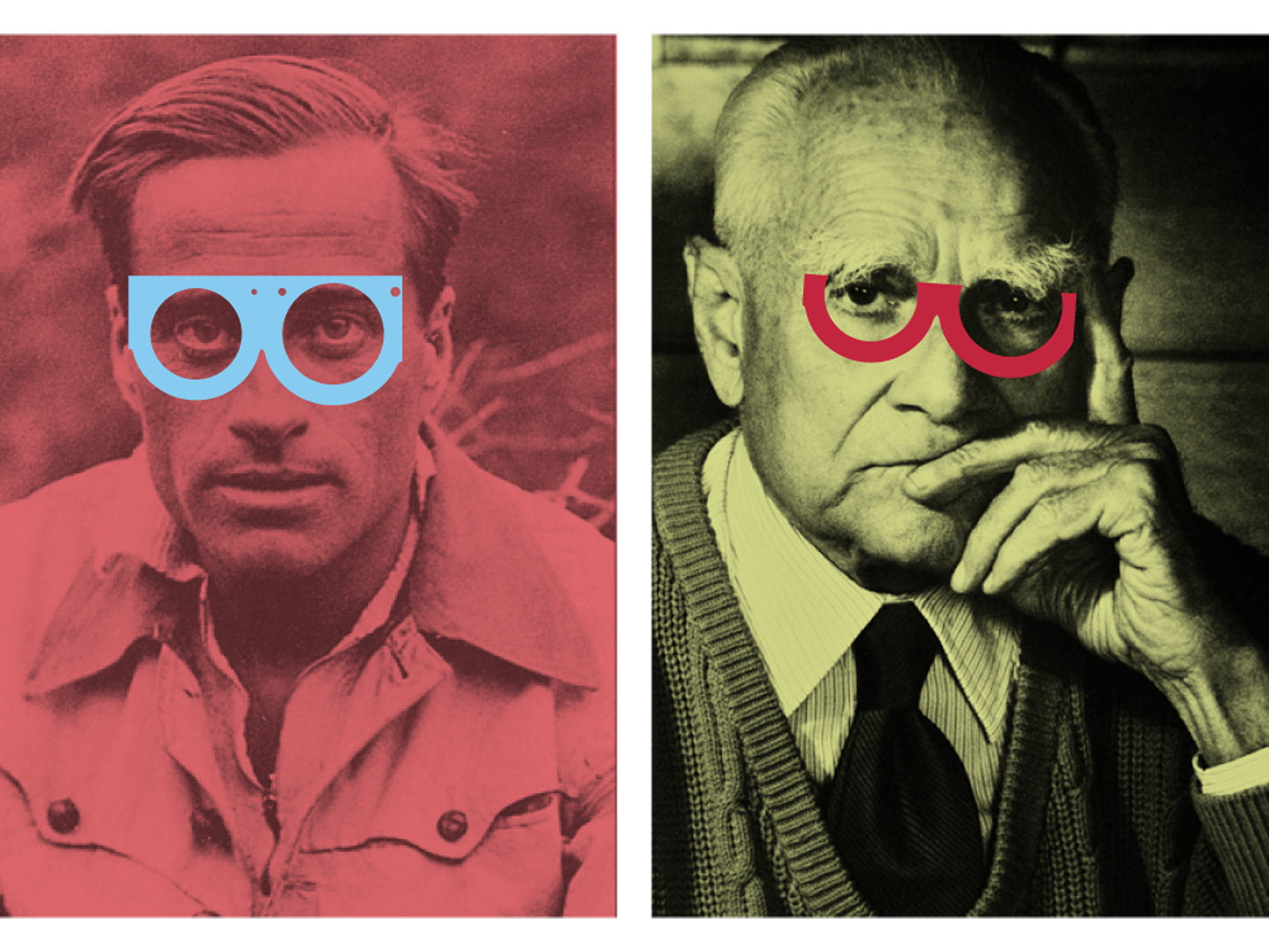 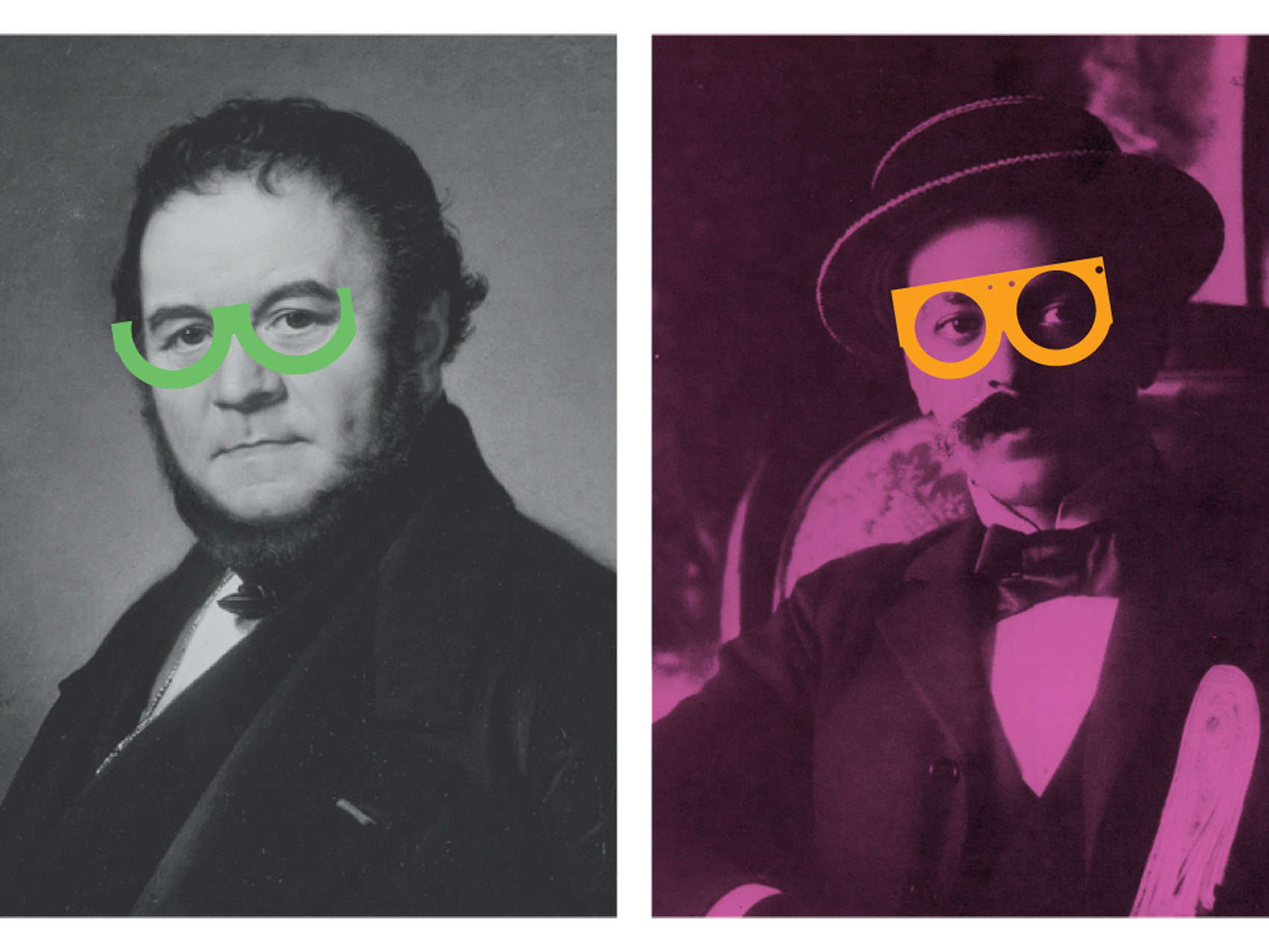 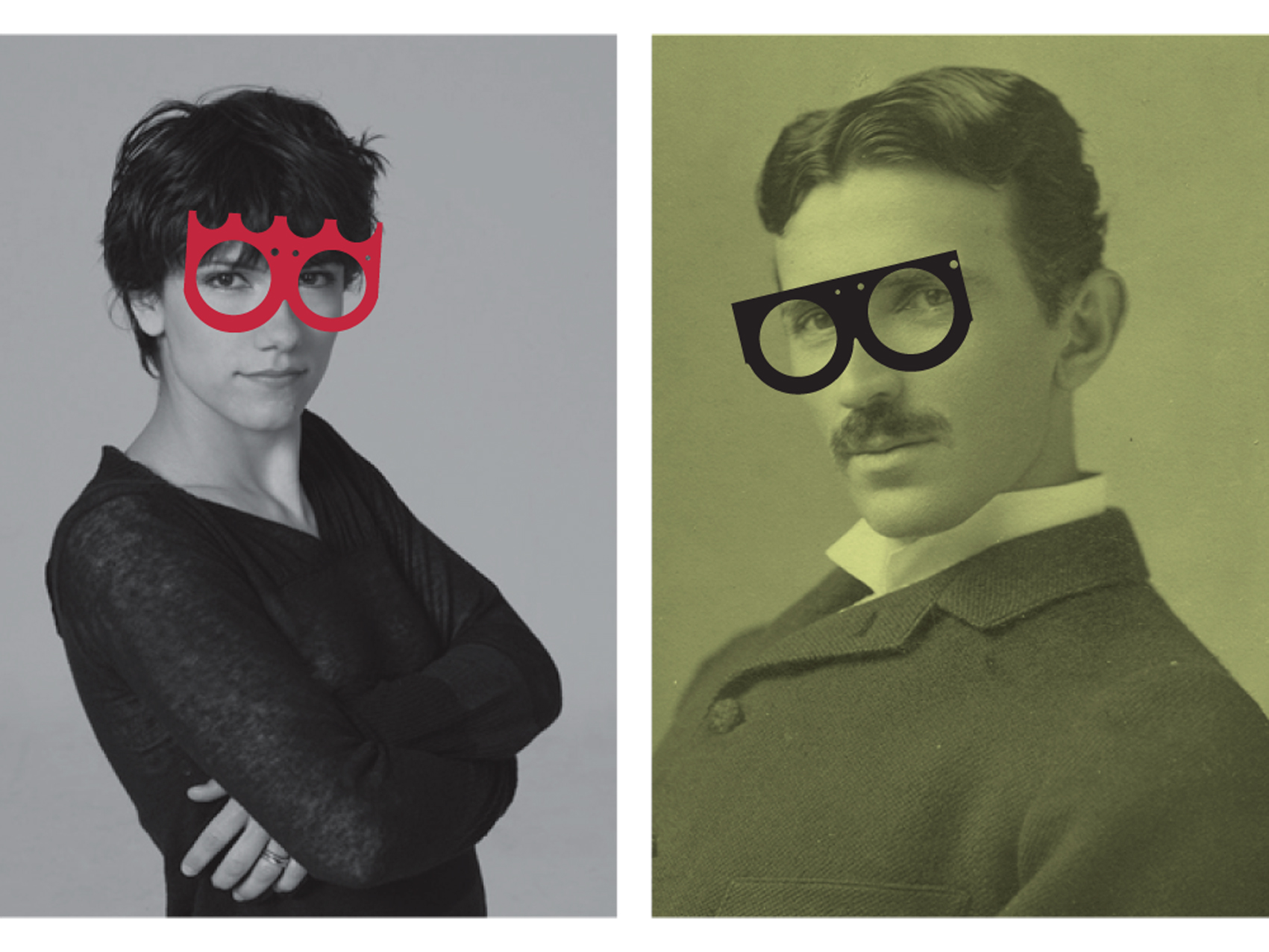 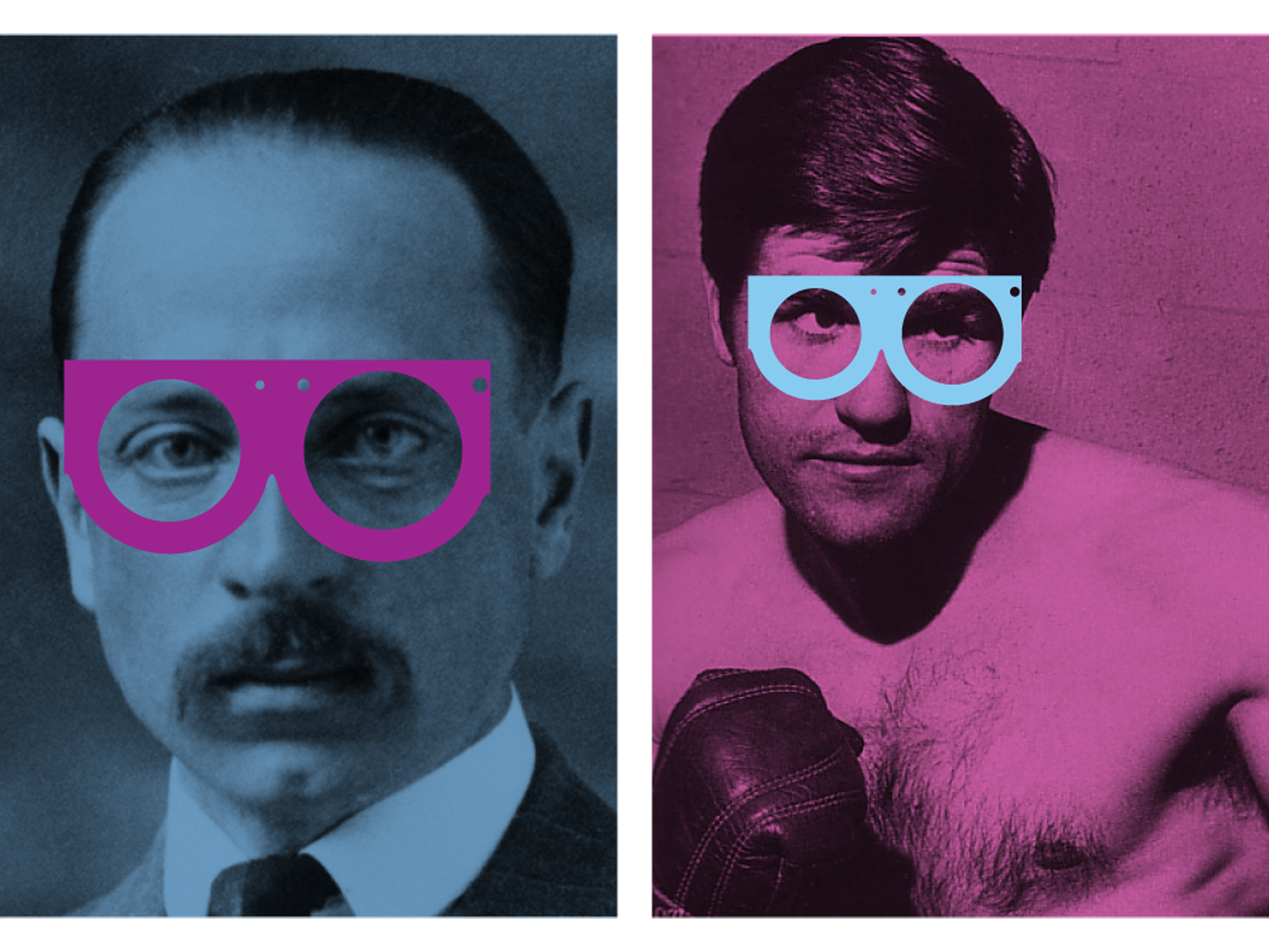 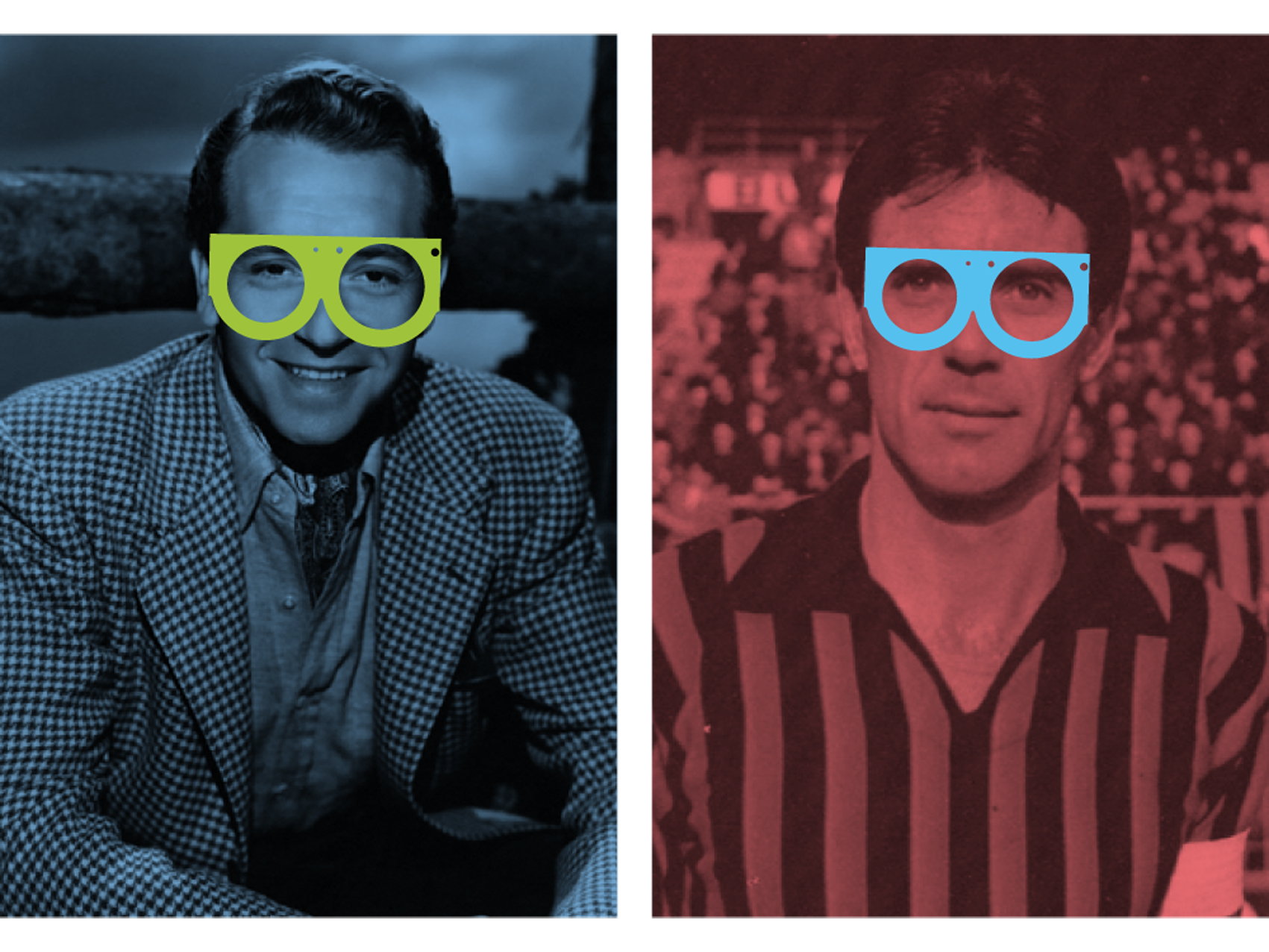 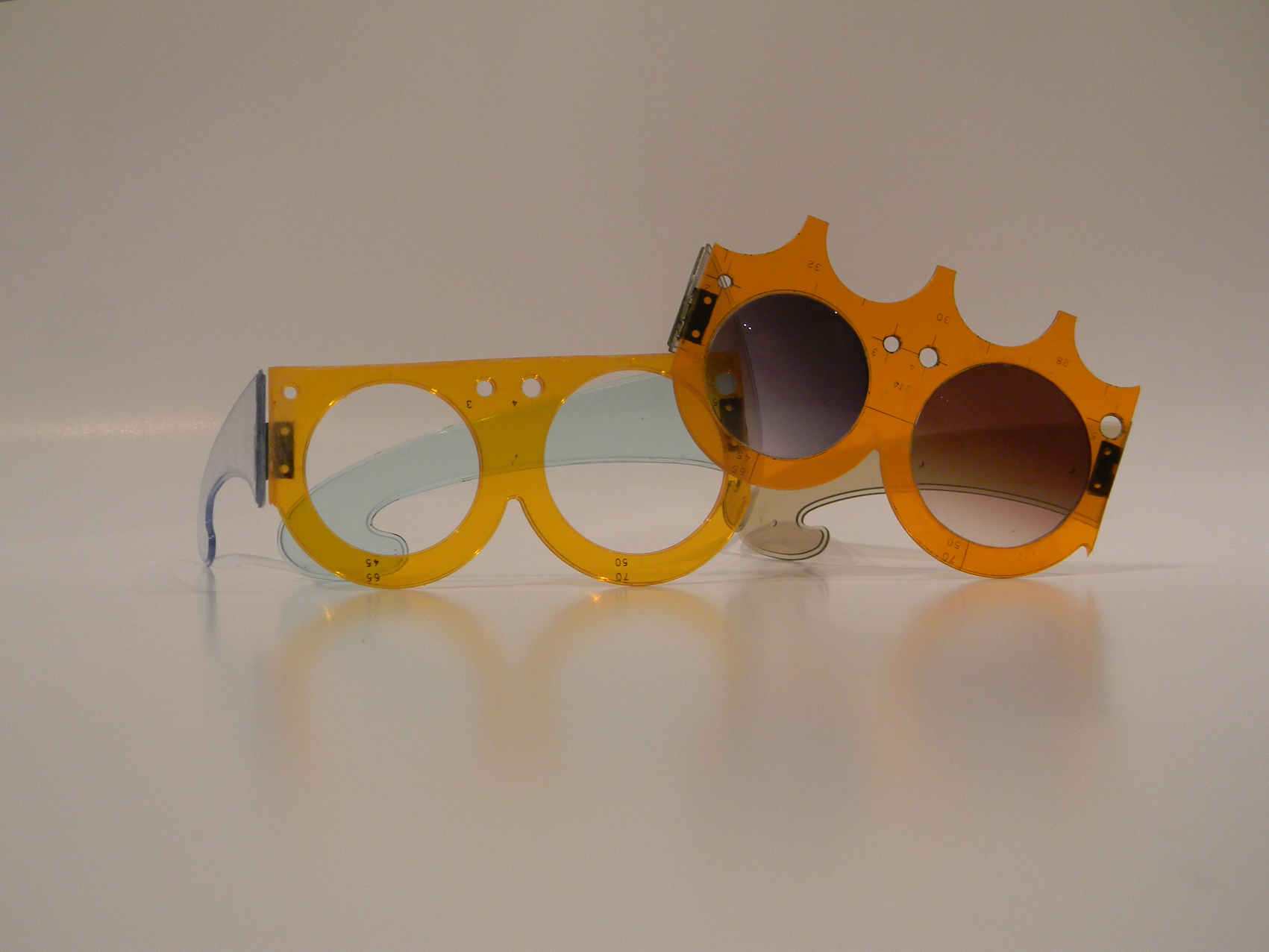 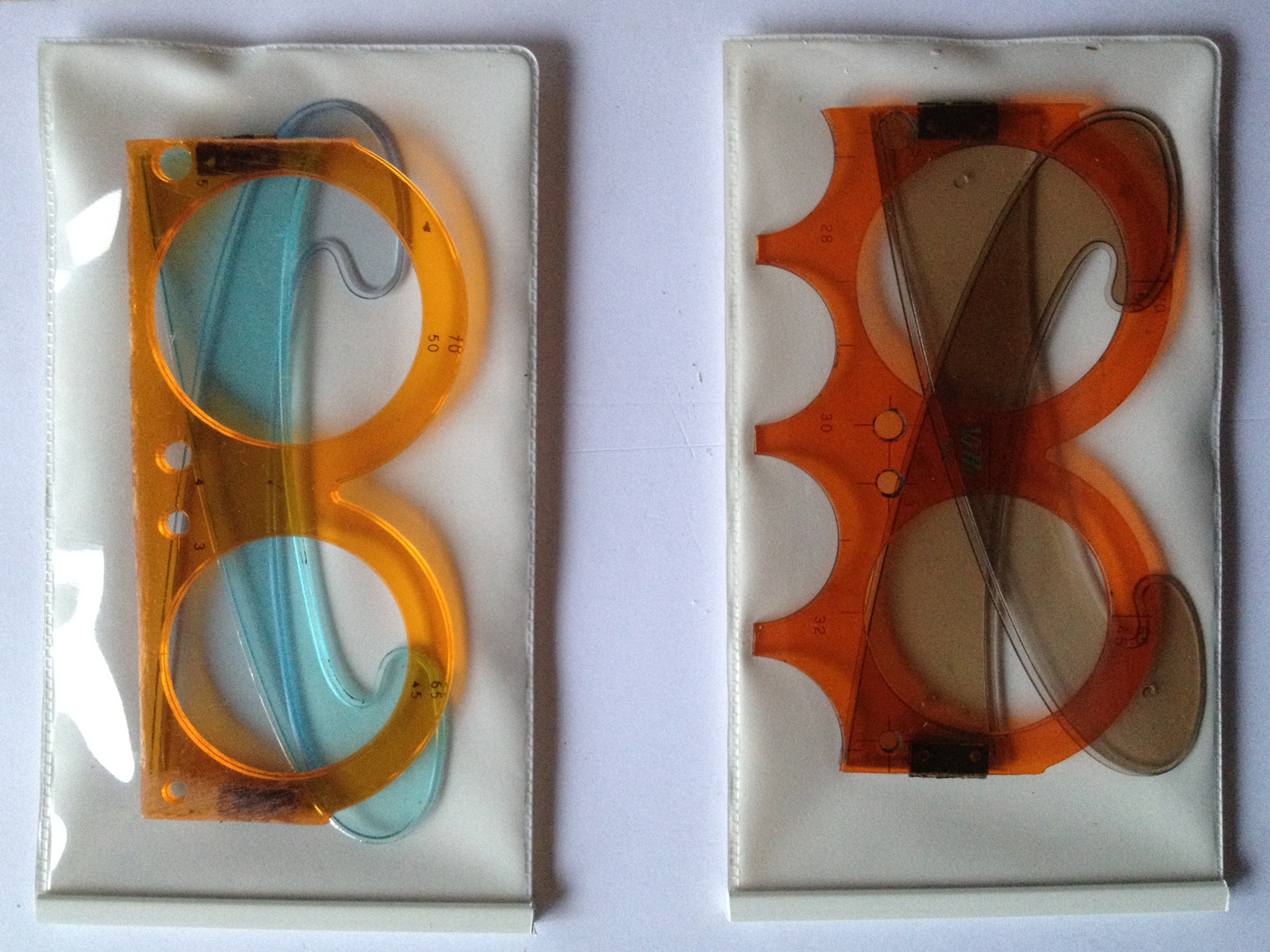 The technical instrument to represent conics . The curvilinears and the circlegraph are part of our collective memory and are associated with manual drafting to draw different types of curved lines and fittings not traceable with the compass . From 600 appeared as accessories made of pear wood or ivory ; in the 800 the industrial production exploited wood, aluminum or celluloid ; in 900 they spread with the acrylic. The forms that we know – French curves , were developed by the mathematician L. Burmester in the early ’900 , each of them useful to the design of a cone : circle, hyperbola, the parabola and the ellipse. Since the late 80s, the computer enters the scene of the technical drawing. New media can lead to the death of existing instruments.

The Curveglasses© are the story of a beginning, that as always happen, starts from an end. The object of design , the design of an object . For twenty years, the designers deal with new ways of thinking and to organize the design process , addressing new problems. That of sight , for example , lost in front of the monitor. Why not help transforming an instrument passed into the new tool ? Cut across a circlegraph the frame using the sizes of the circles and draw differ- ent models and sizes of glasses. The mask becomes a mask for children and glasses for adults. The rods are cut from the curvilinear dimensioned according to the requirements and spliced using two hinges glued to the frame. 2 pieces-4 cut-2 joints. The new glasses in PMMA are ready to be worn.

Exhibited at:
Studio Tommaseo – Trieste Contemporanea Cometee, in Via del Monte 2 in Trieste – Italy (from 13th June to 13th September 2012)

Published, among the others in INTERNIMAGAZINE / CORRIERE DELLA SERA / IL MESSAGGERO / ANSA and: