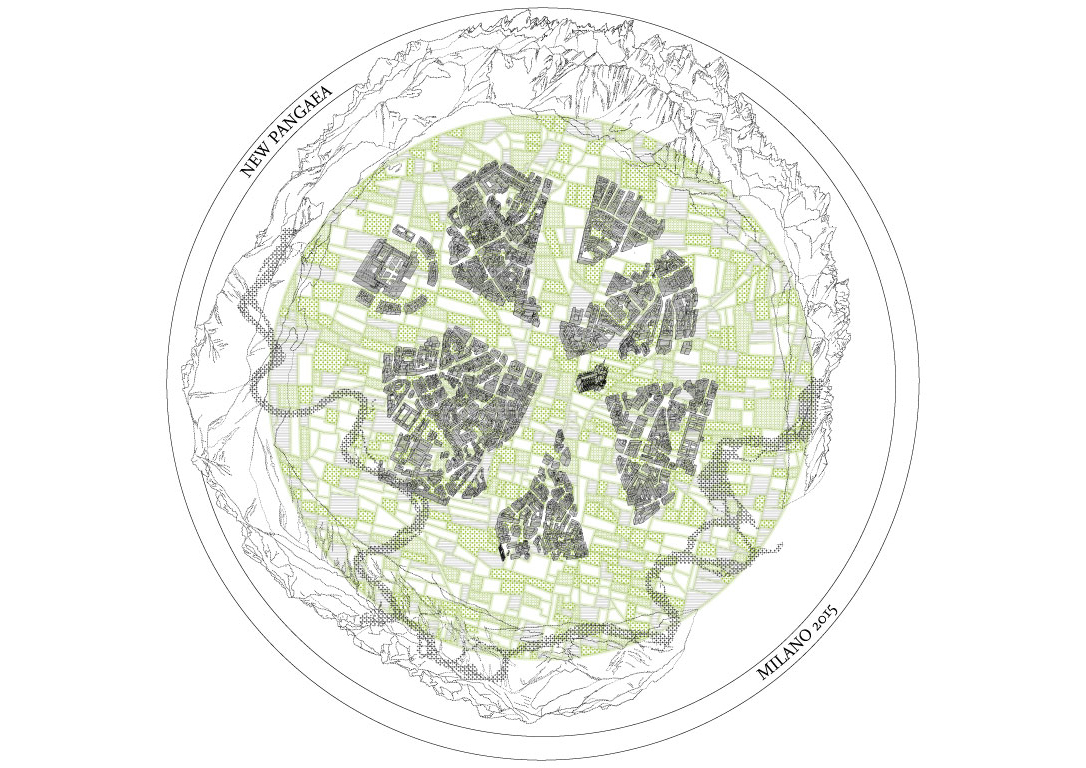 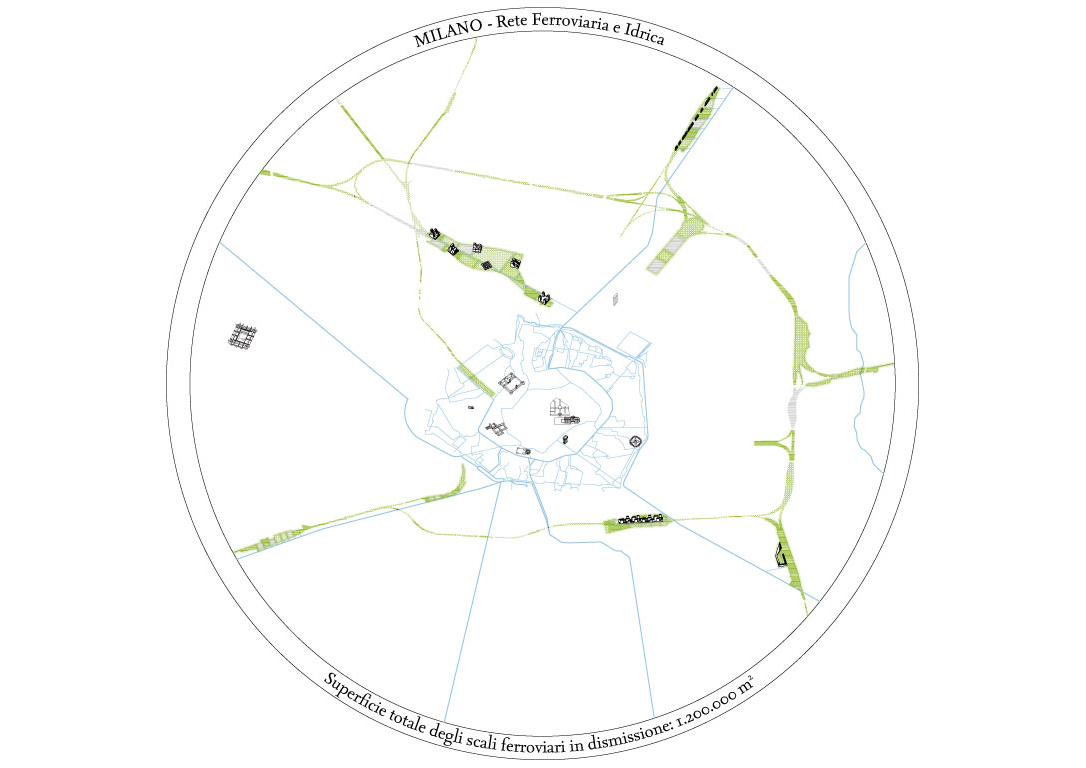 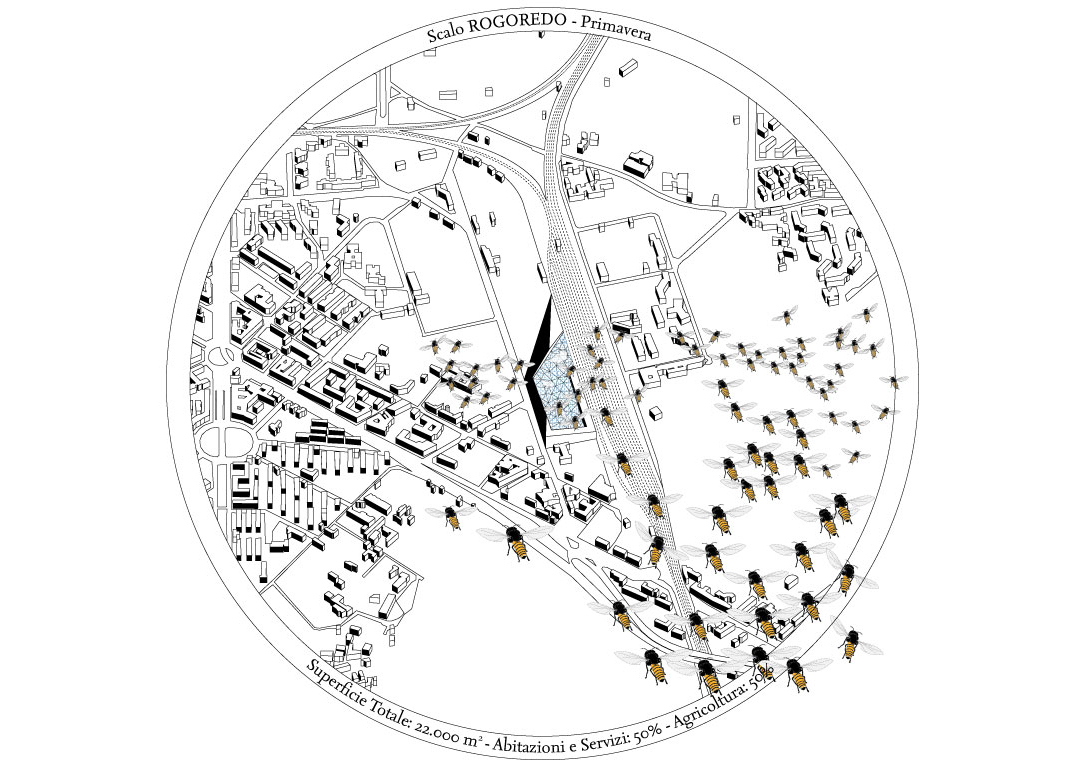 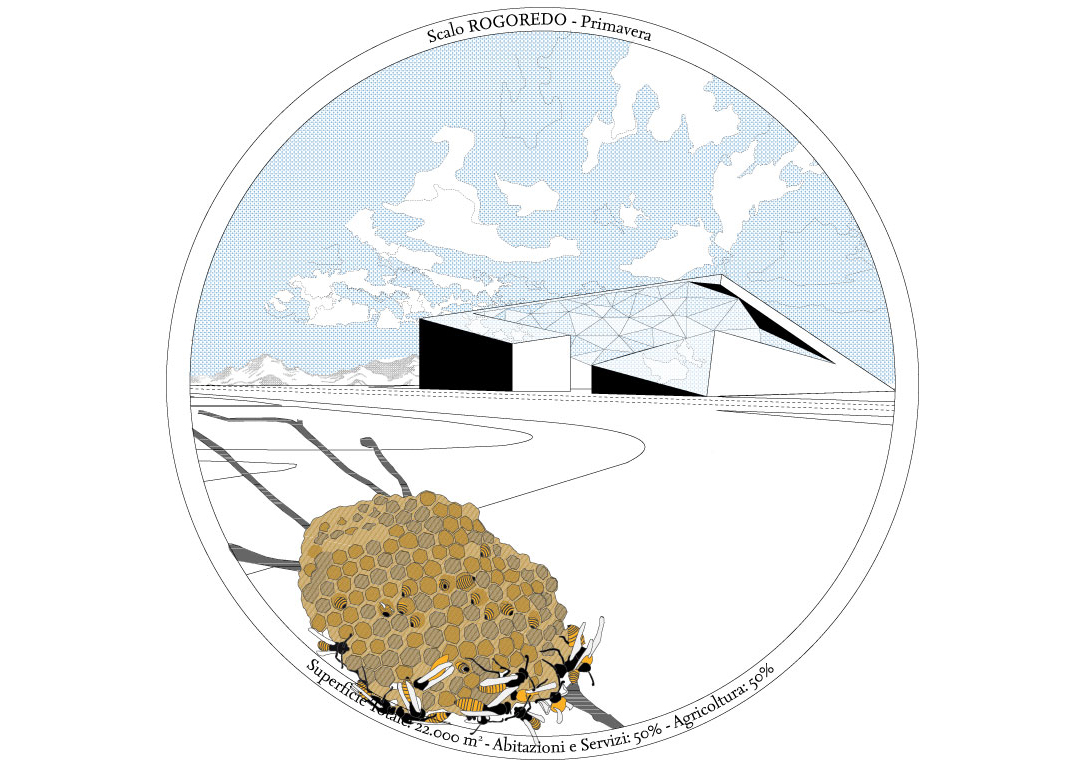 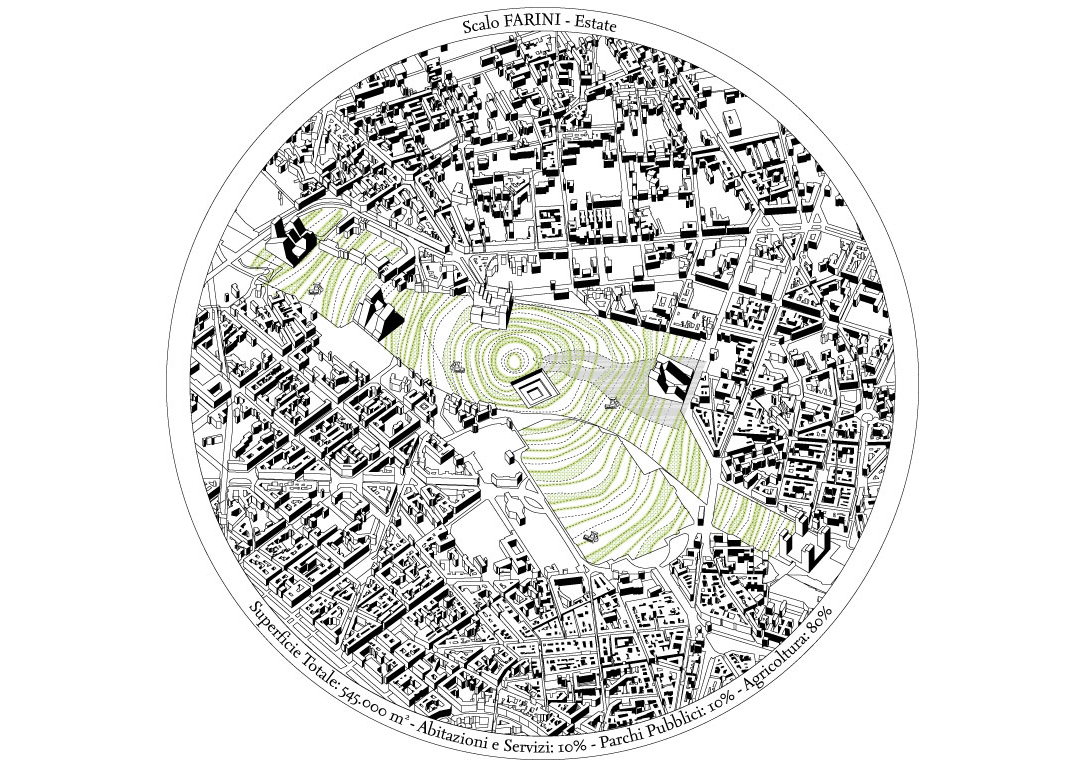 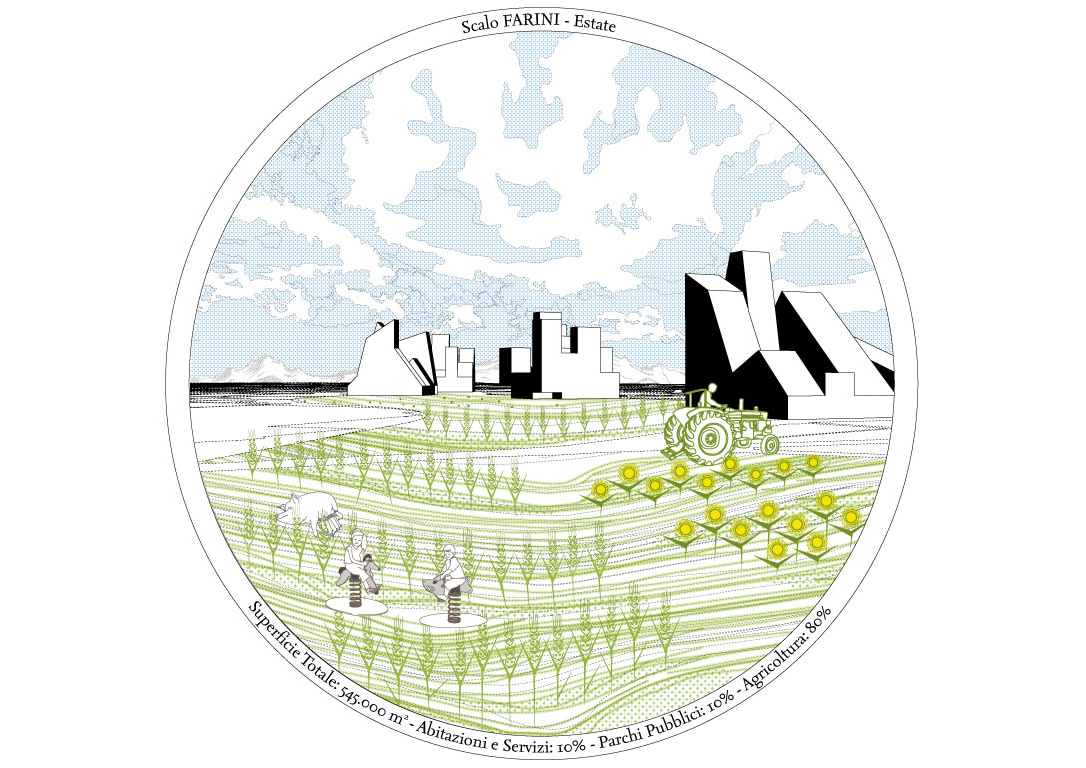 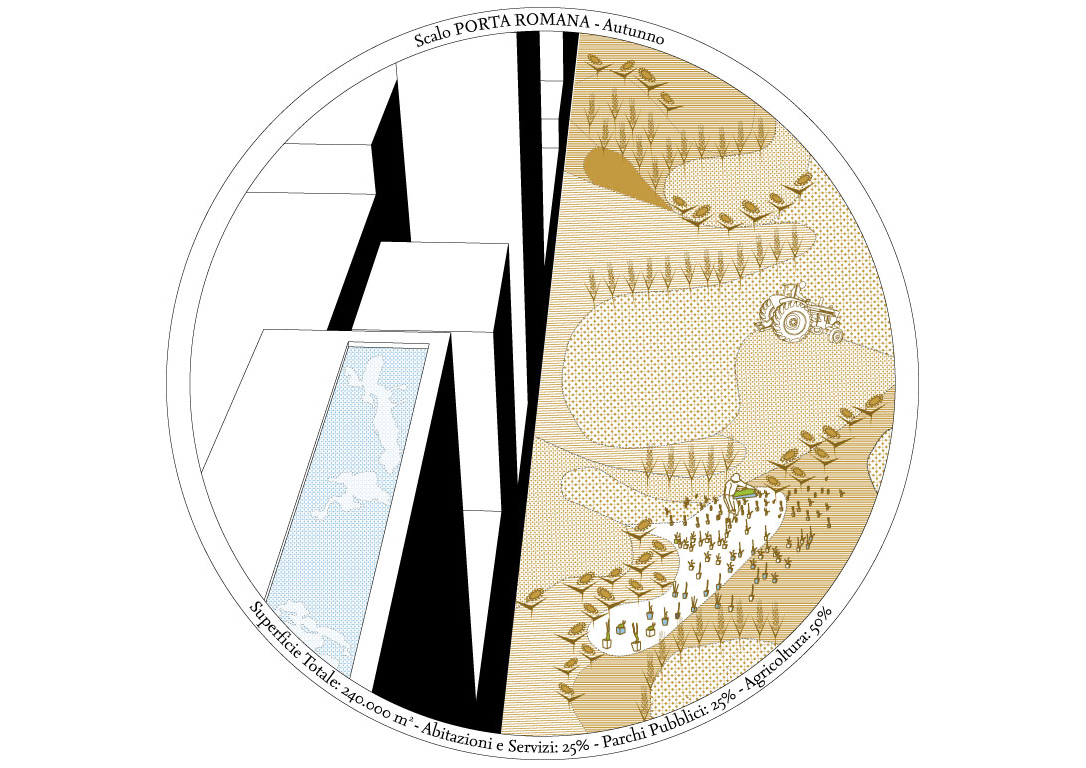 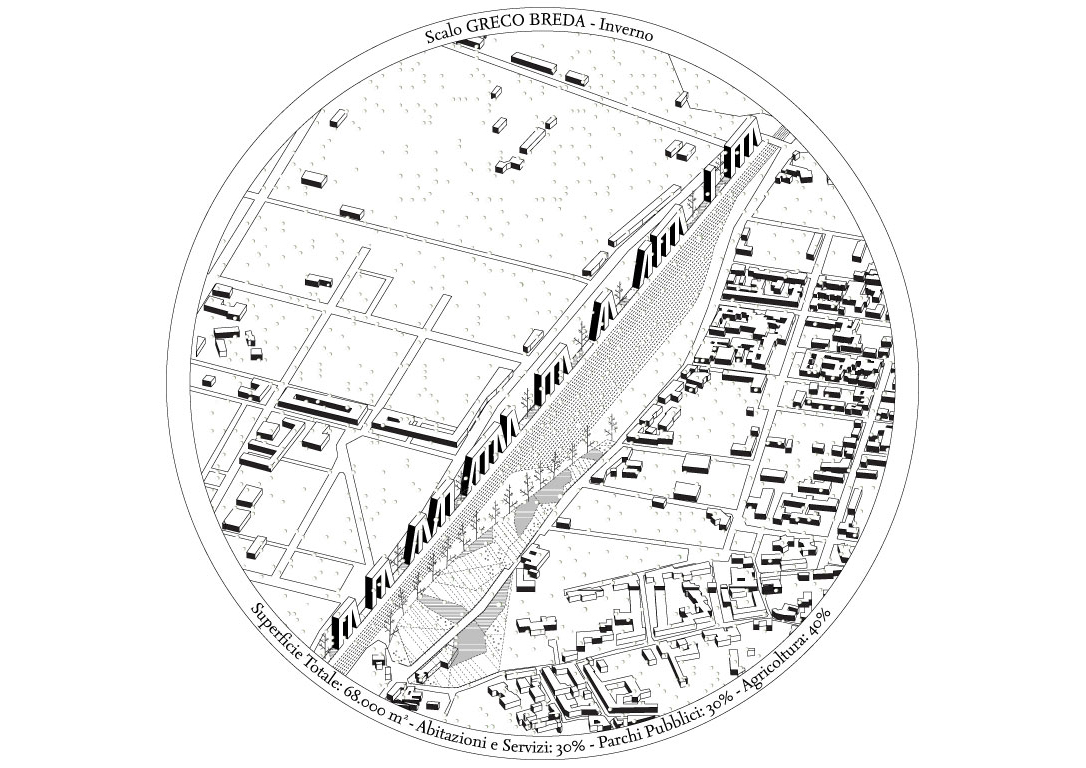 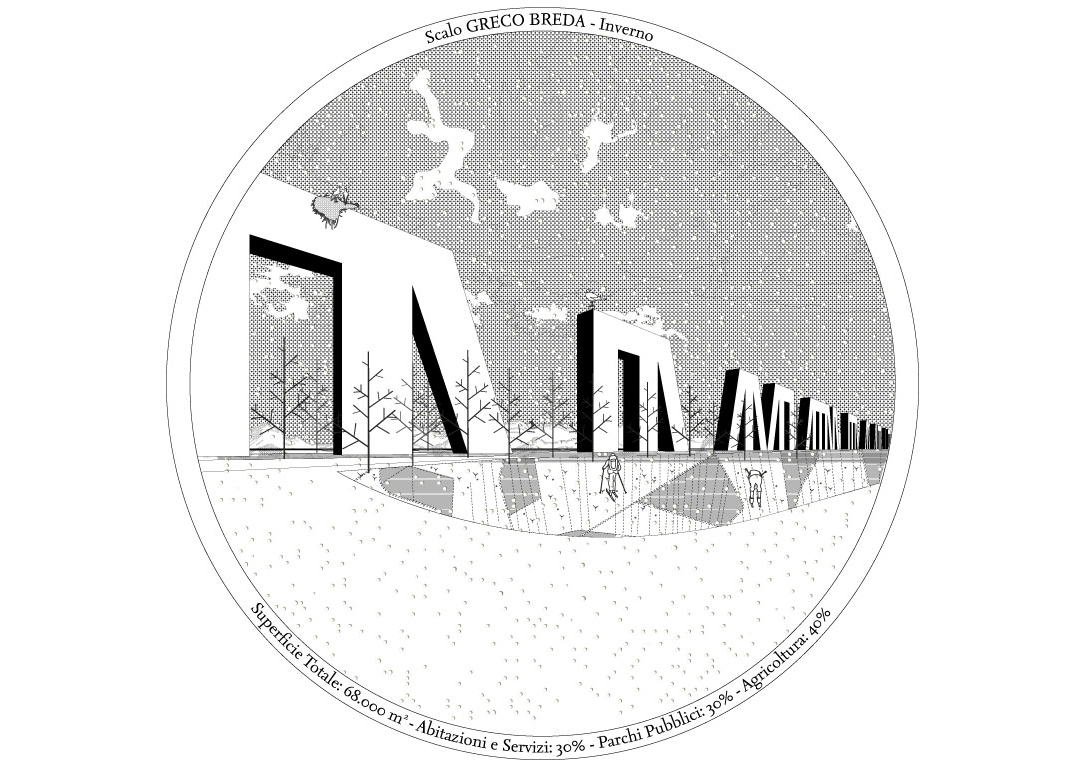 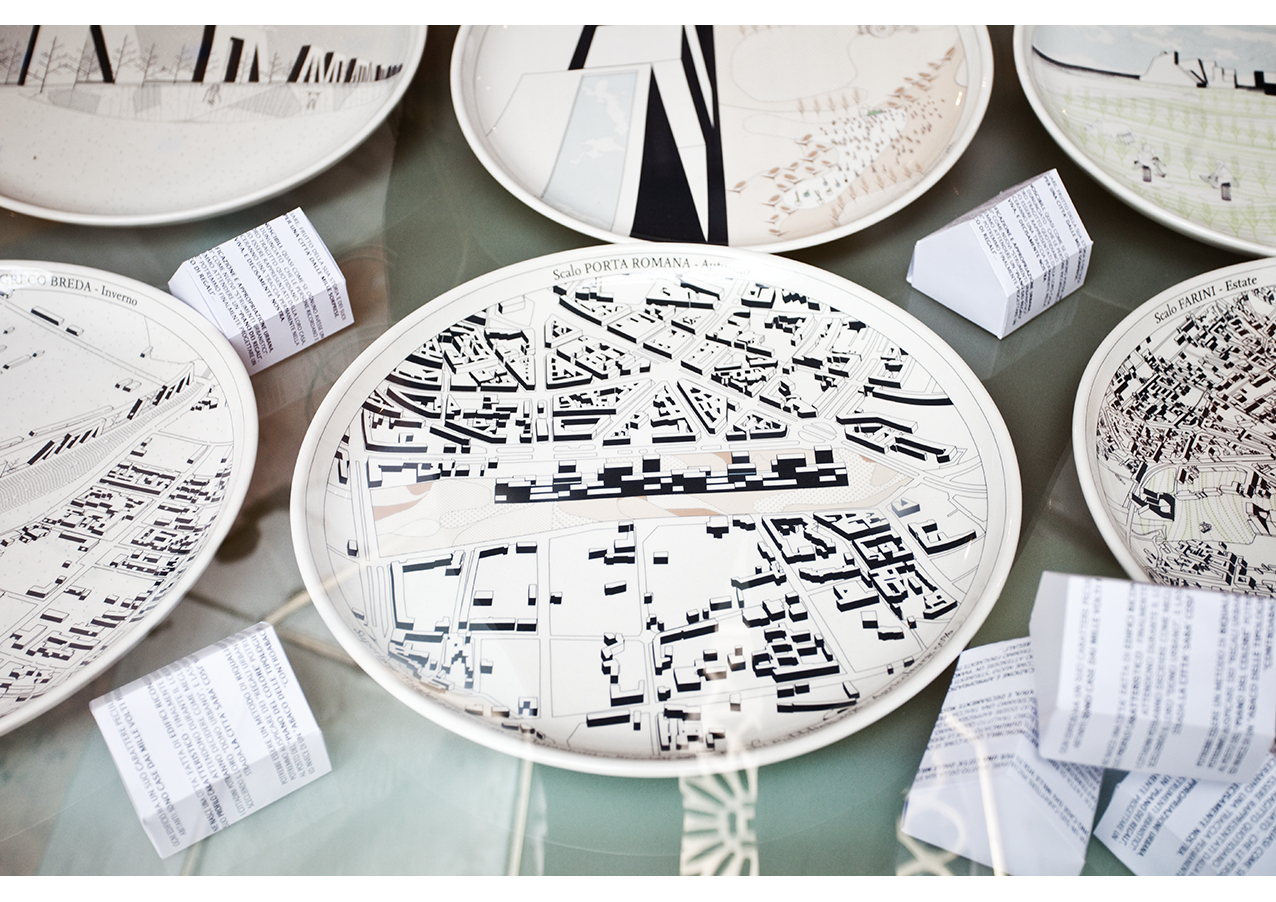 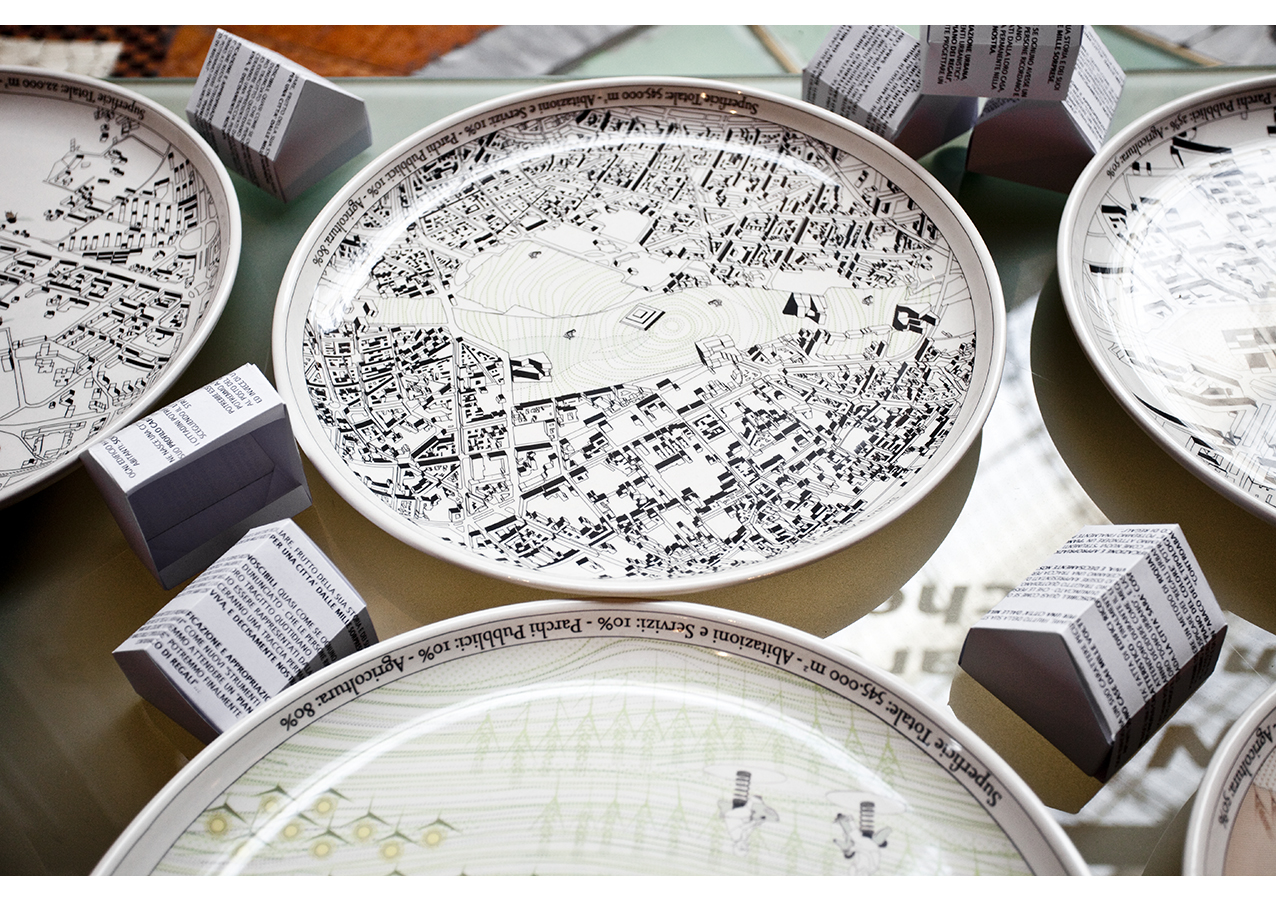 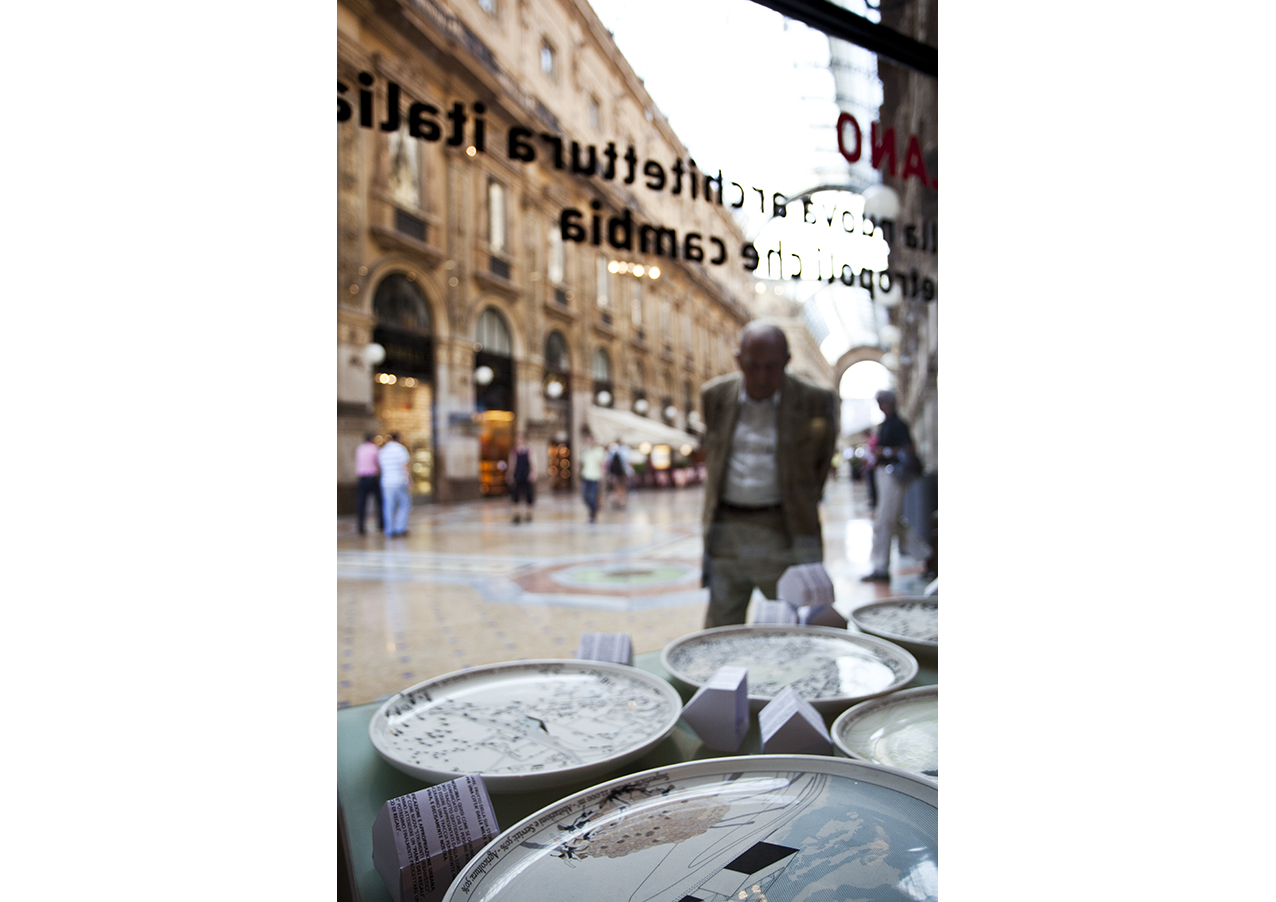 March 11th 2009:
Ferrovie dello Stato (the Italian railway company) signs an agreement with Milano municipality that prefigures the transfer of 1.200.000 m2 of disused railway infrastructures.
The surface, consisting of railway facilities under total or partial dismantling, is distributed in 7 urban freight depots.
The funds raised through this operation will be invested by FS to improve the general operation of the Milanese railway junction,
On these new available surfaces, the Municipality aims to build new city parts.

Which architecture for this program? Which landscape?
The growth of monocentric cities, such as Milano, through ever-growing radial rings, is thought and described mainly as a centrifugal process. The external boundaries of the city, suddenly became unrecognizable, are the object and the main issue in the debate on its expansion.
To describe its nature, the term “endless city” has been invented.
Internally, instead, Milano is limited: it has clear boundaries. Nevertheless, it doesn’t mean that it’s “ended”.
Thinking about the internal boundaries of the city, about its “inner front”, means to catch the opportunity of an expansion different from the peripheral one: with other relationships between open spaces and built masses, a different density, a different intensity, proper typologies.
It means also to reflect on the natural environment, not as a landscape fragment romantically survived to urbanization anymore, but as a “productive graft”, structuring space and metropolitan luxury. Cultivated place instead of social diaphragm.
The deep differences between the metropolitan boundaries and the agricultural land could exacerbate, rather than recompose in a homogeneous tissue.
On the inner edge of the contemporary city, high-speed drifting fragments of frenetic urbanity float free from intrinsic relations with the traditional organization of the built environment.
The inner edge is a philosophical, psychological and perceptive region, where metropolis and natural environment state clearly their distinction, and the need of visions and projections towards a possible coexistence.