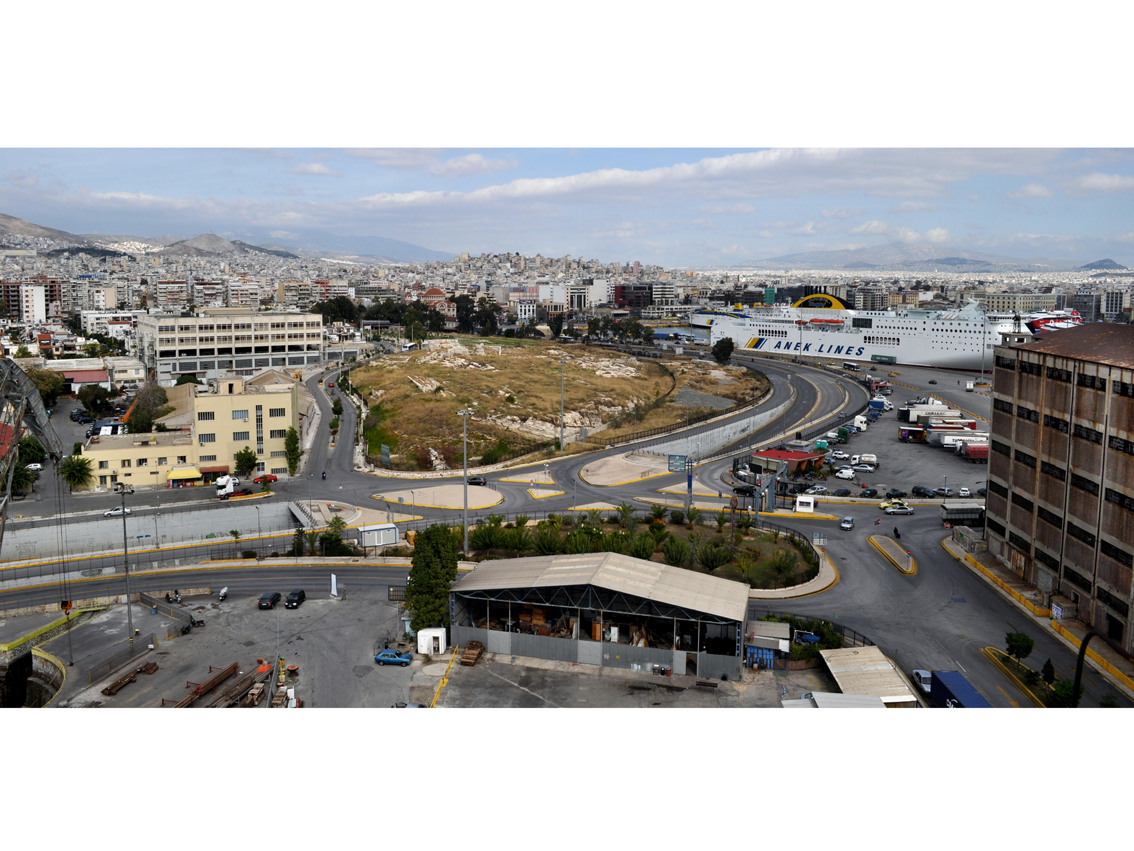 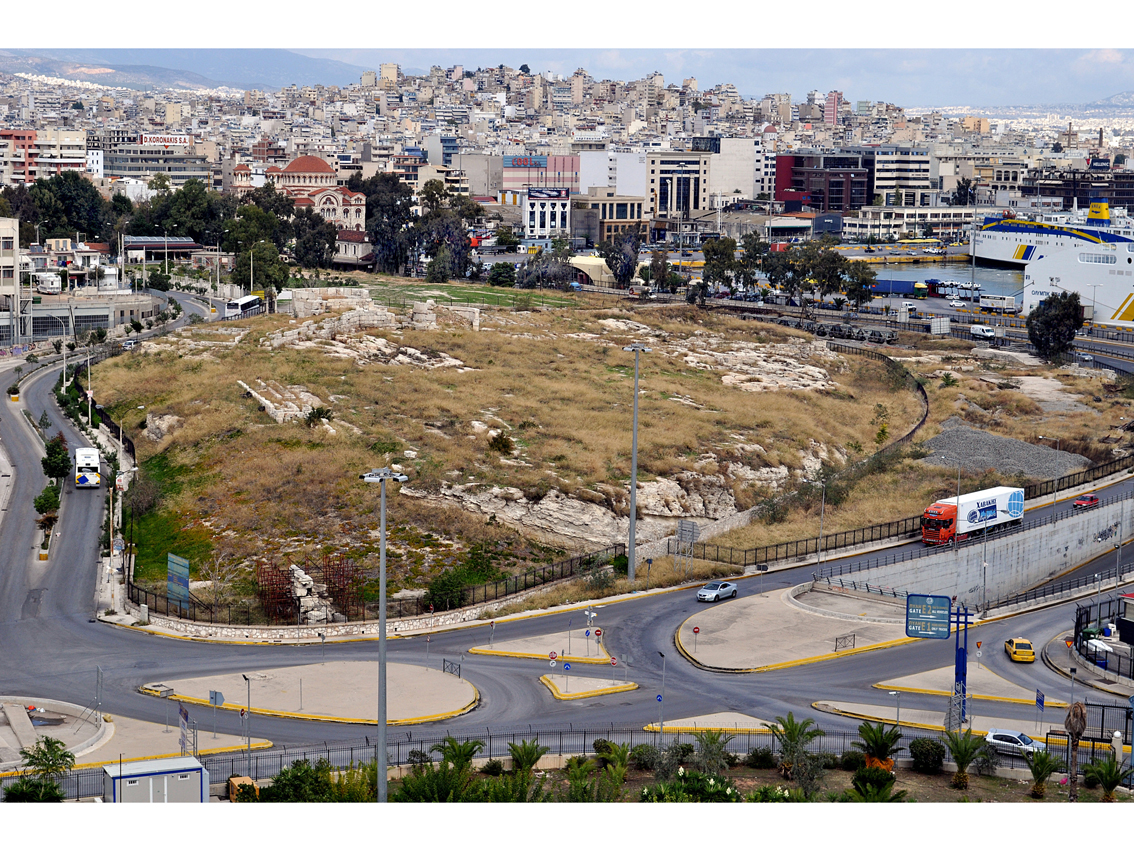 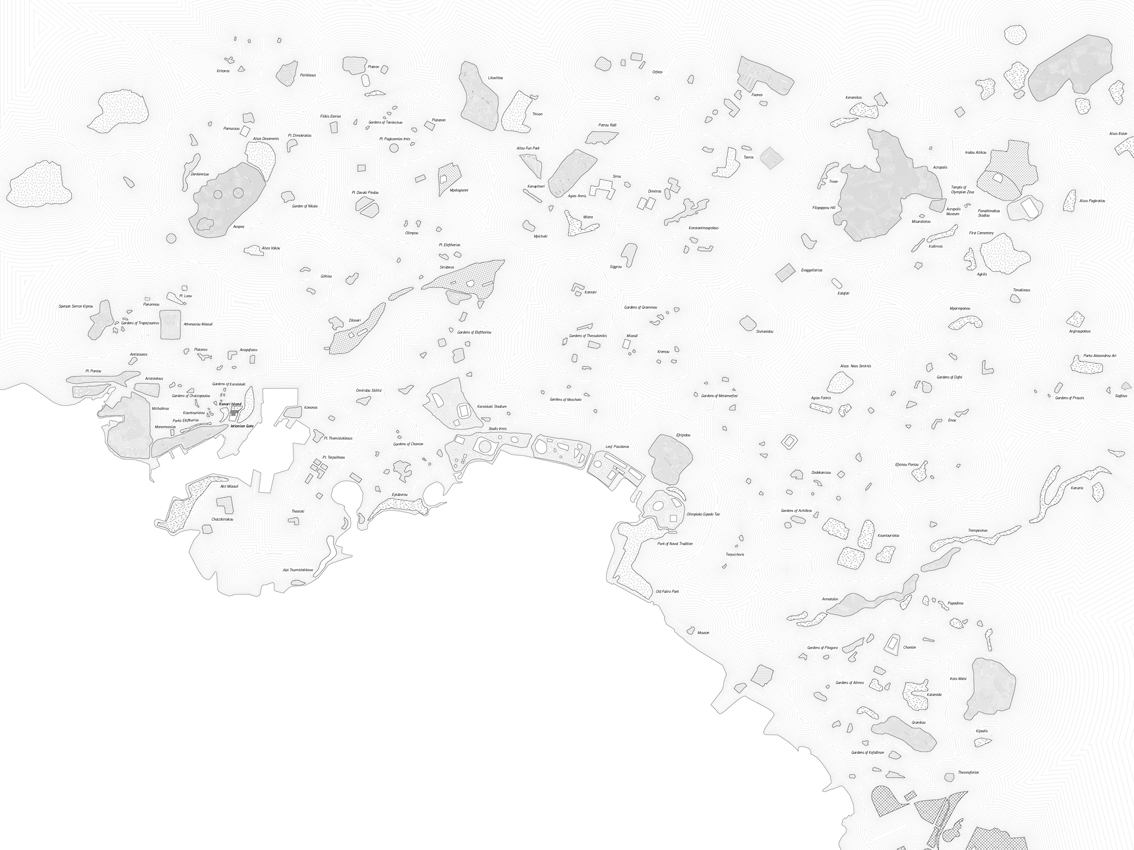 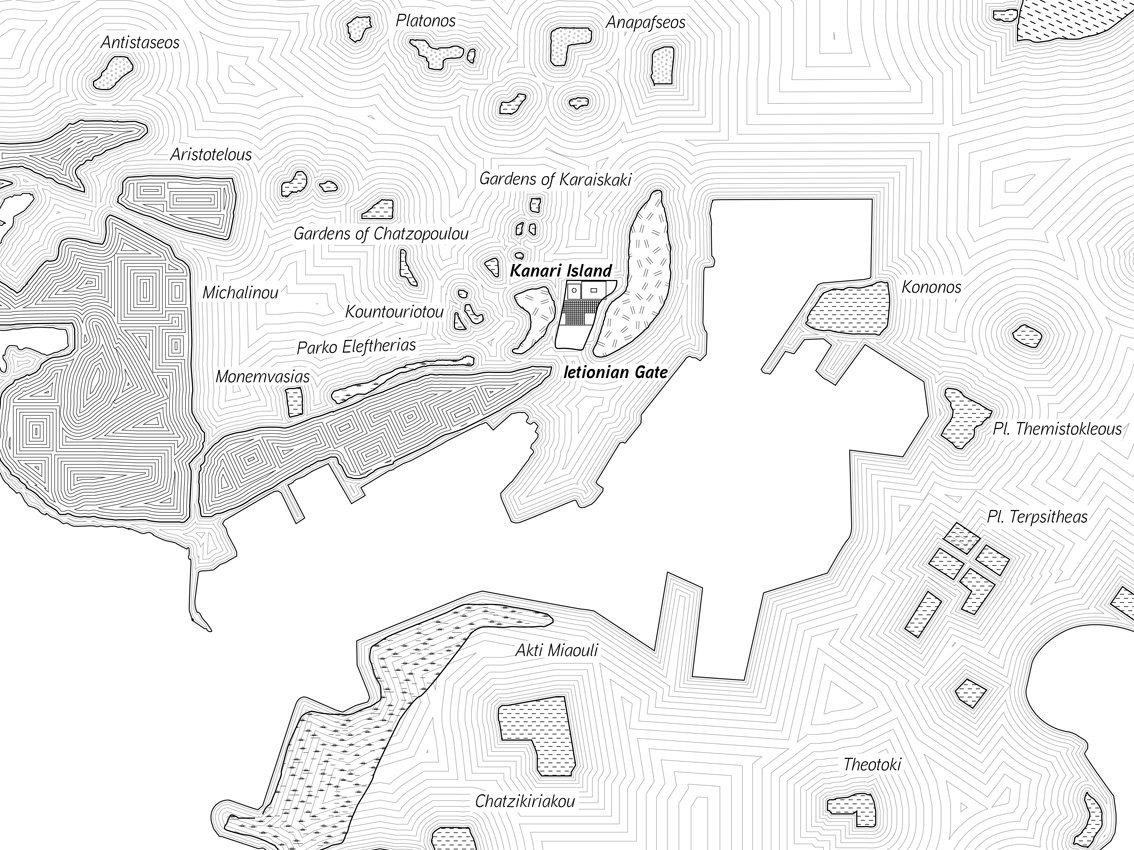 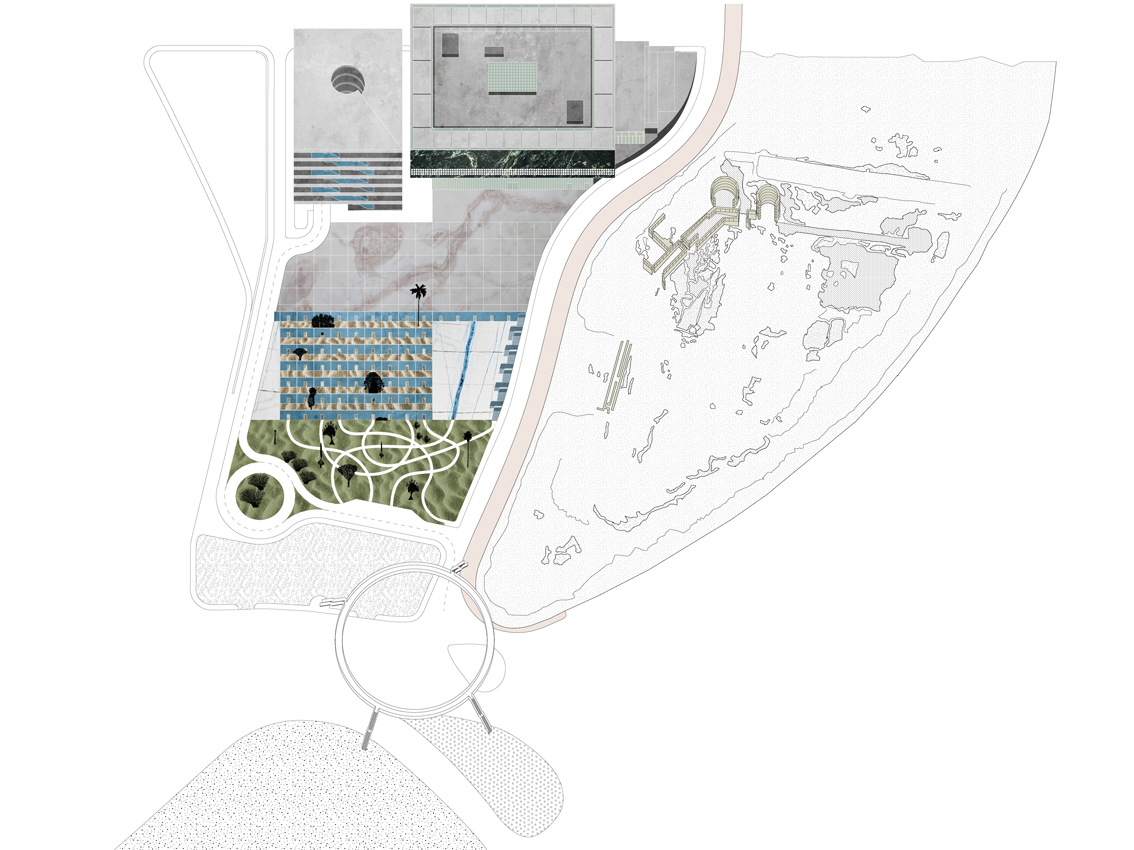 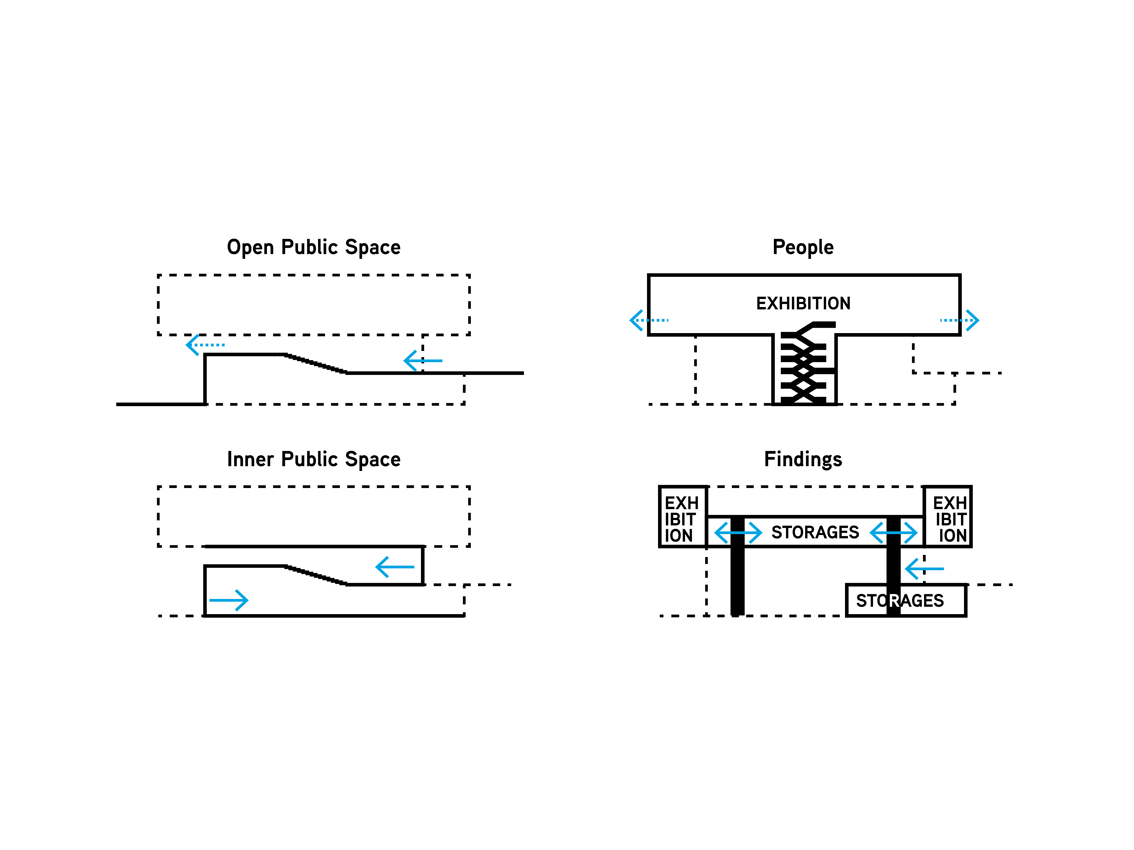 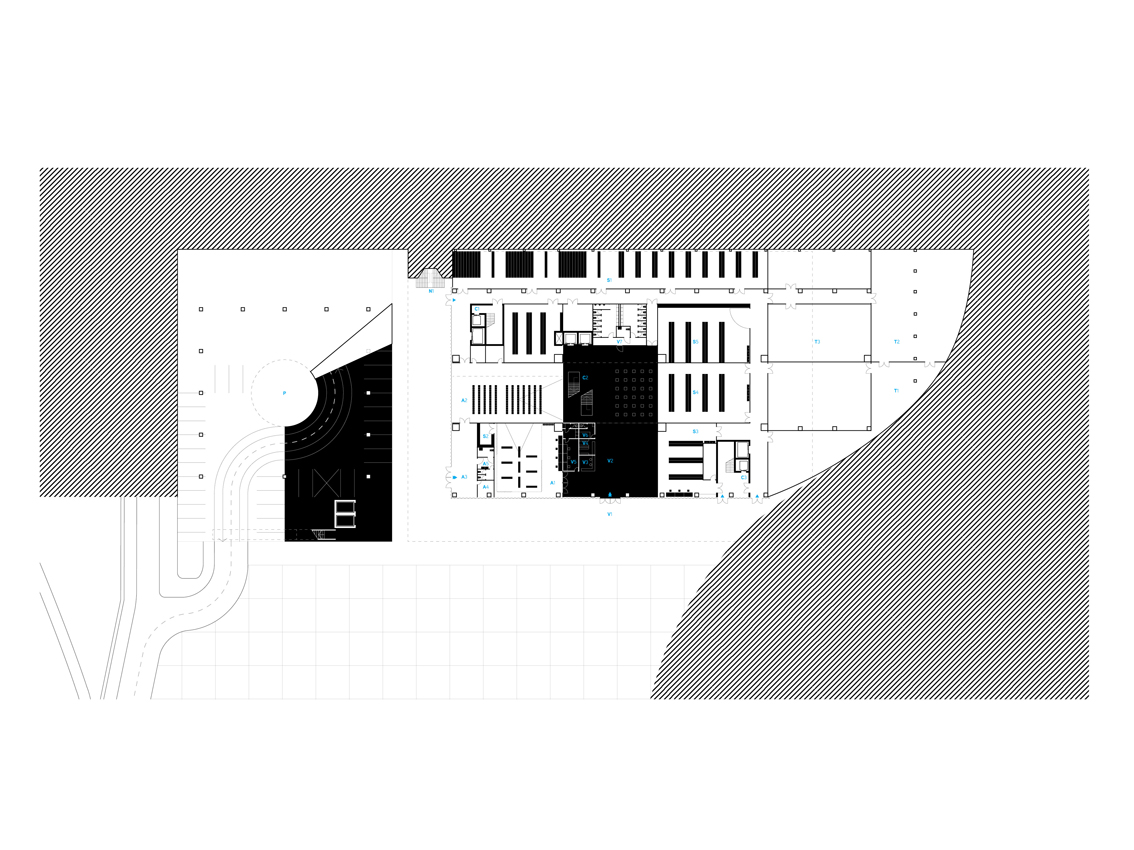 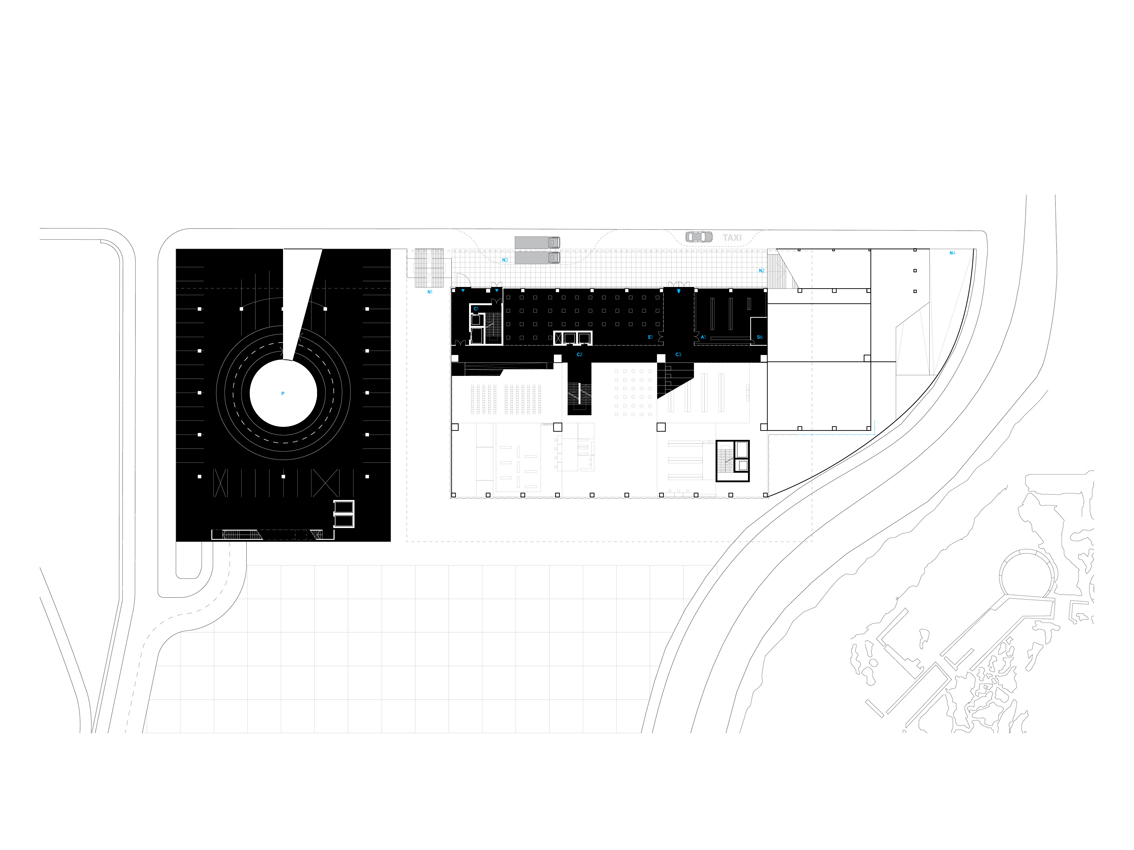 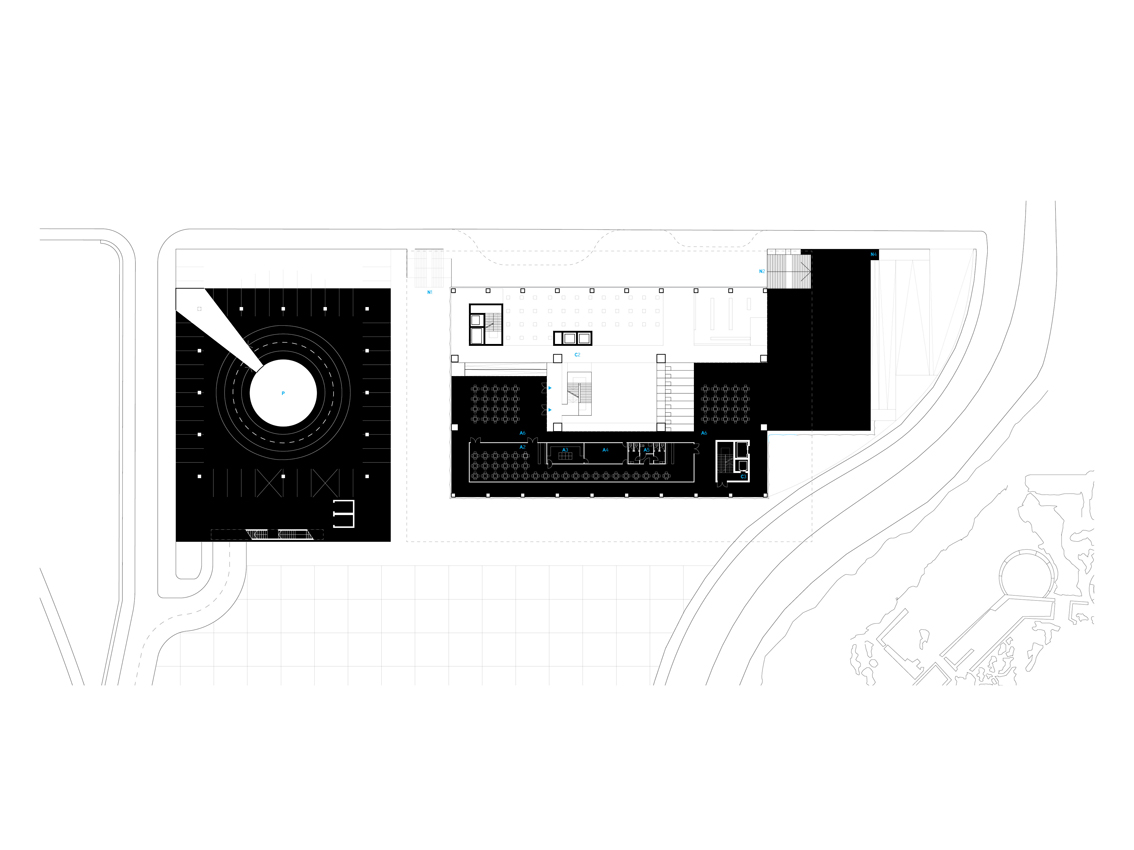 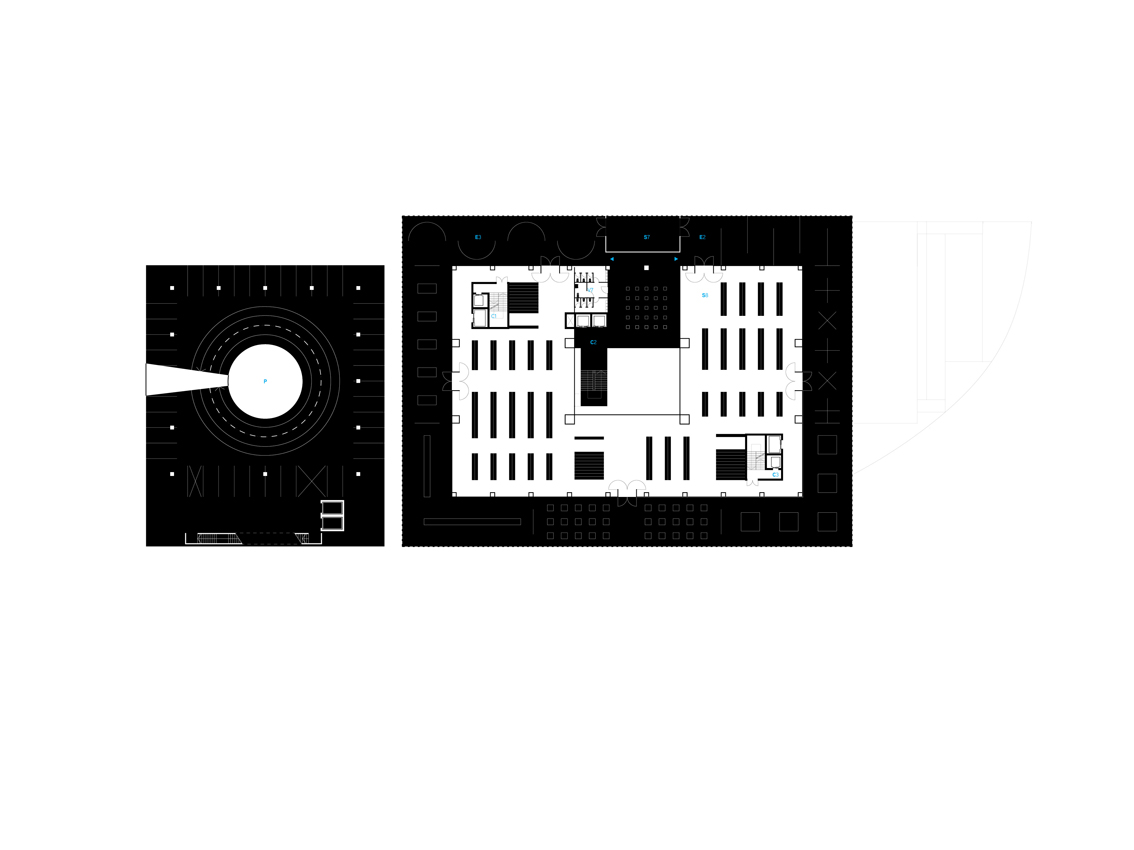 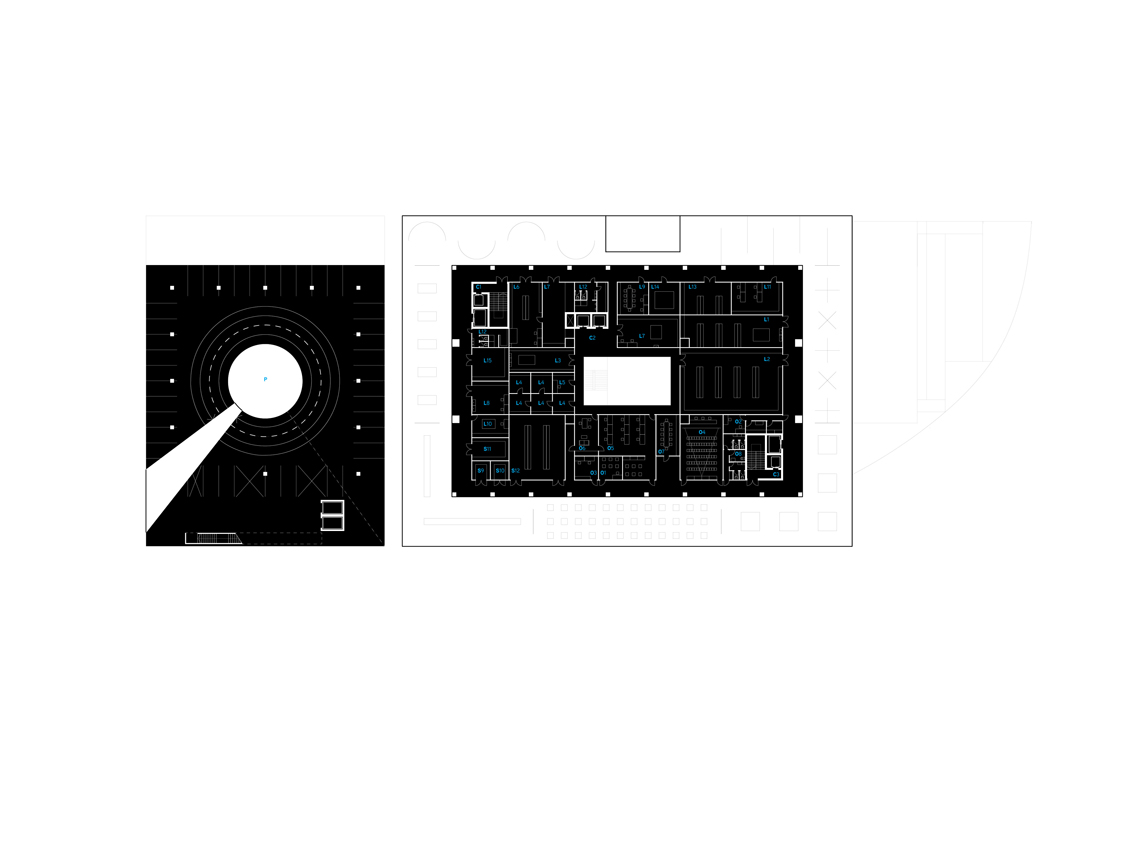 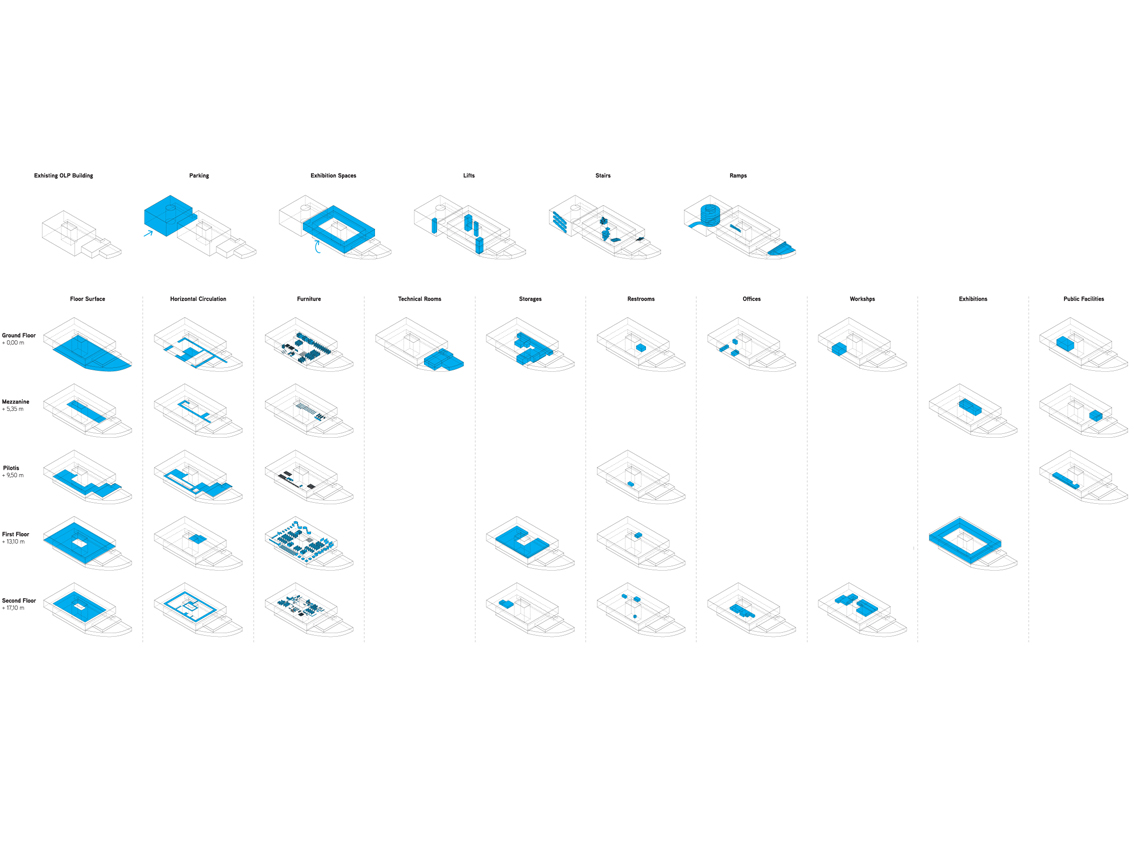 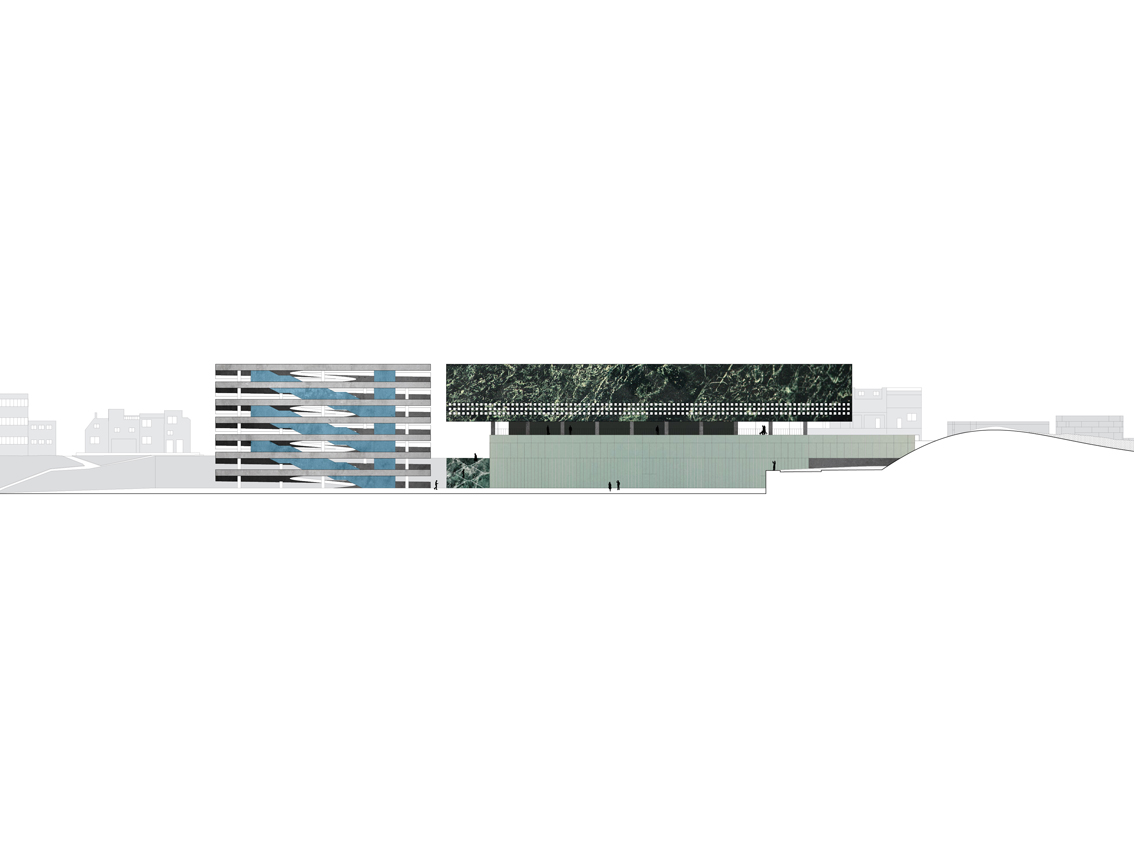 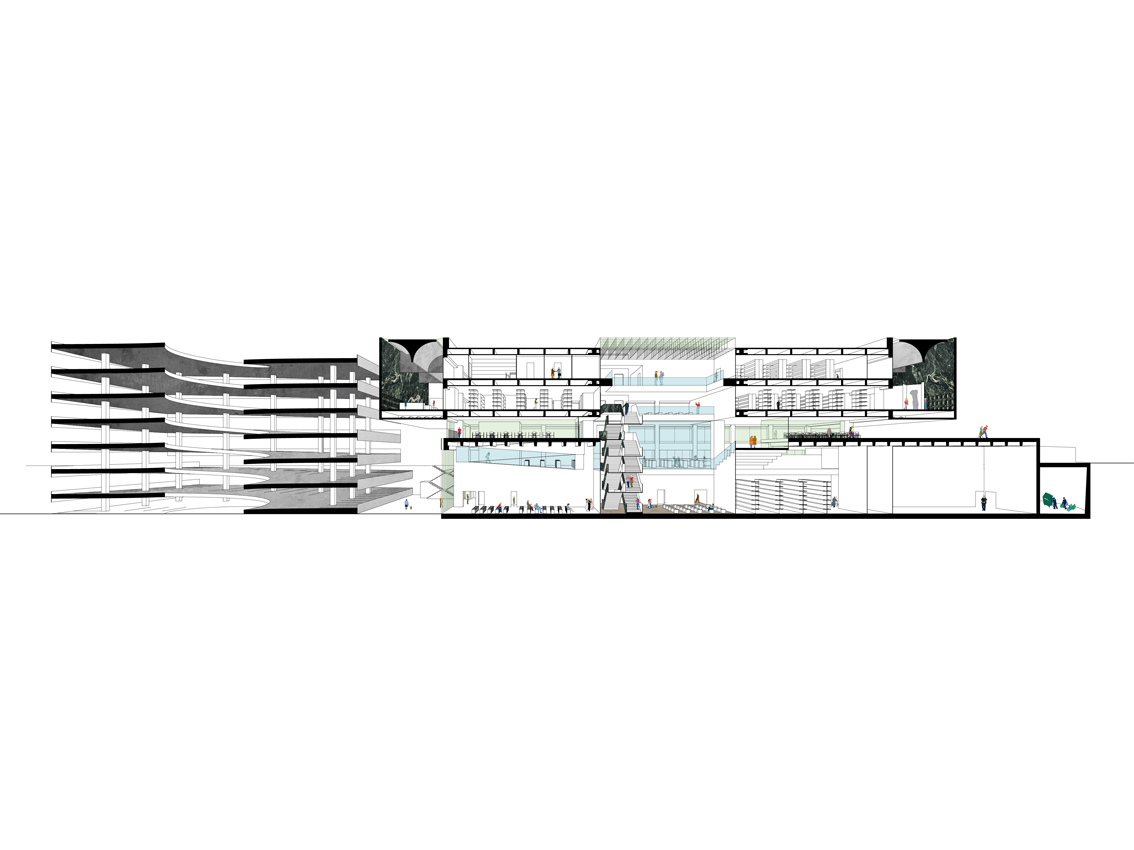 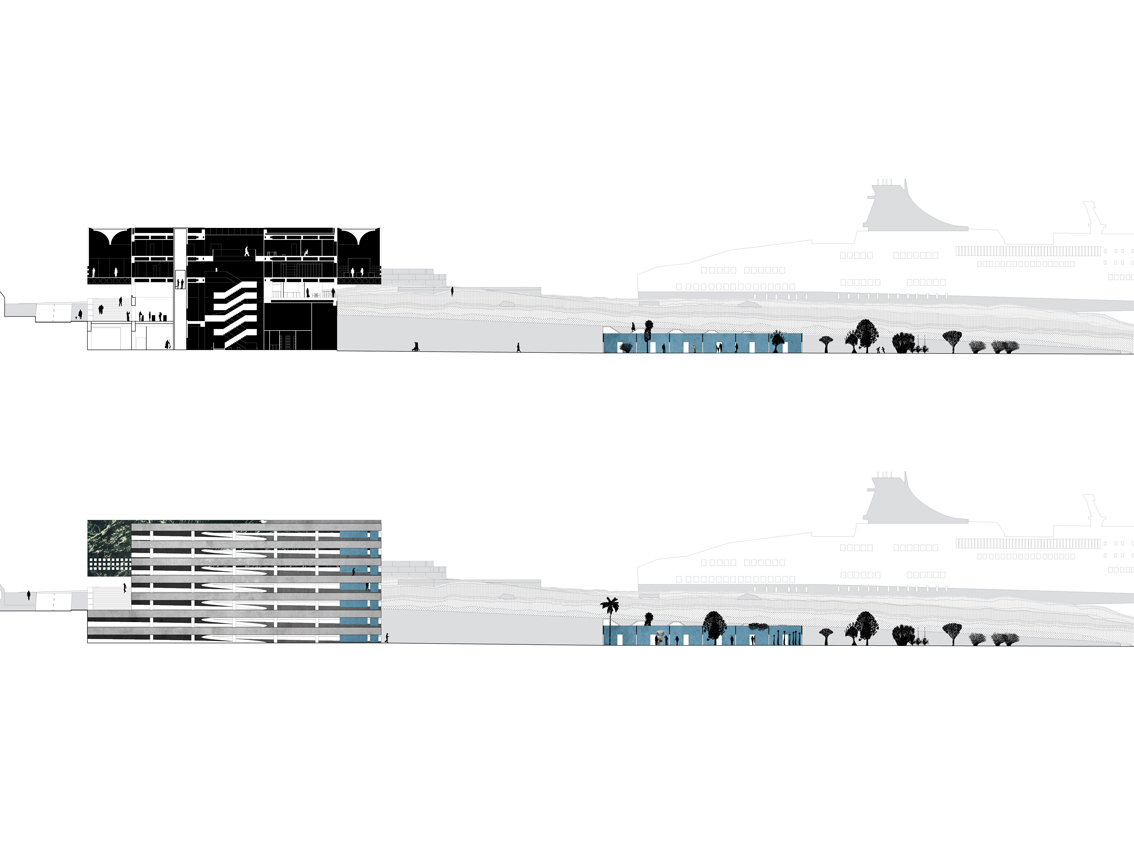 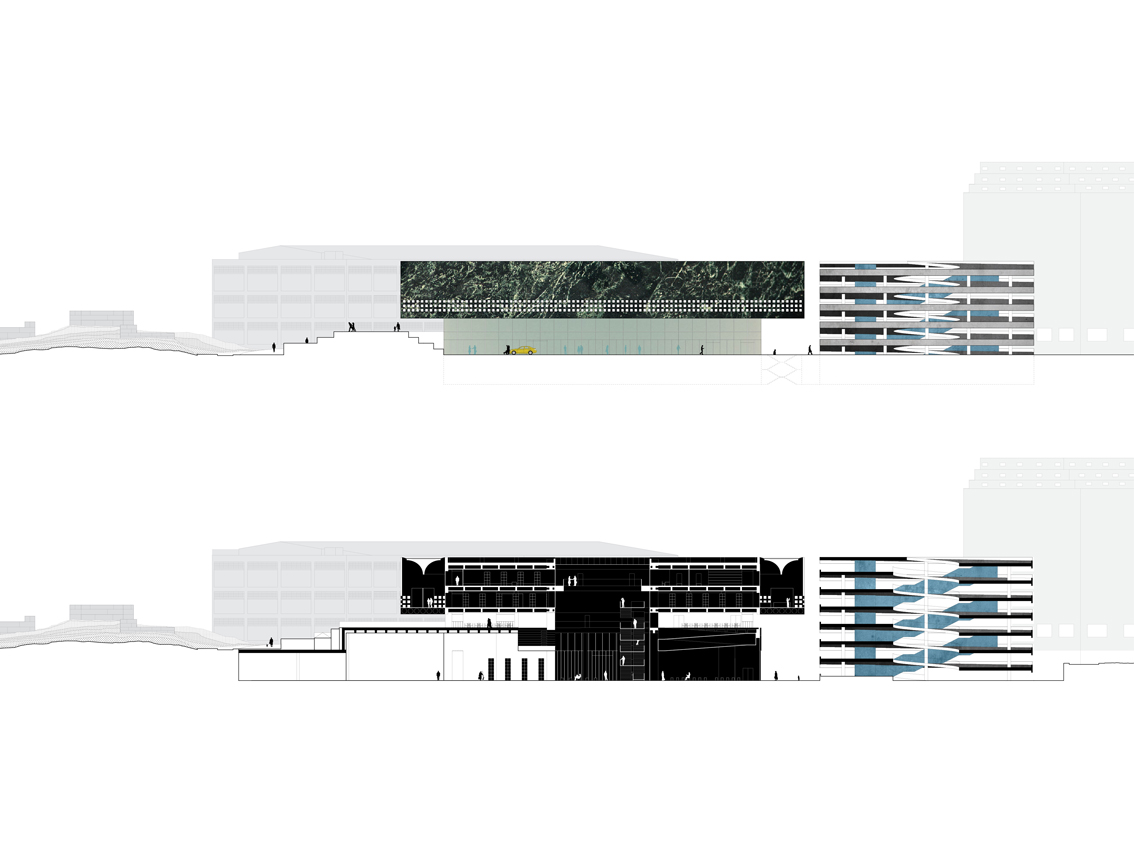 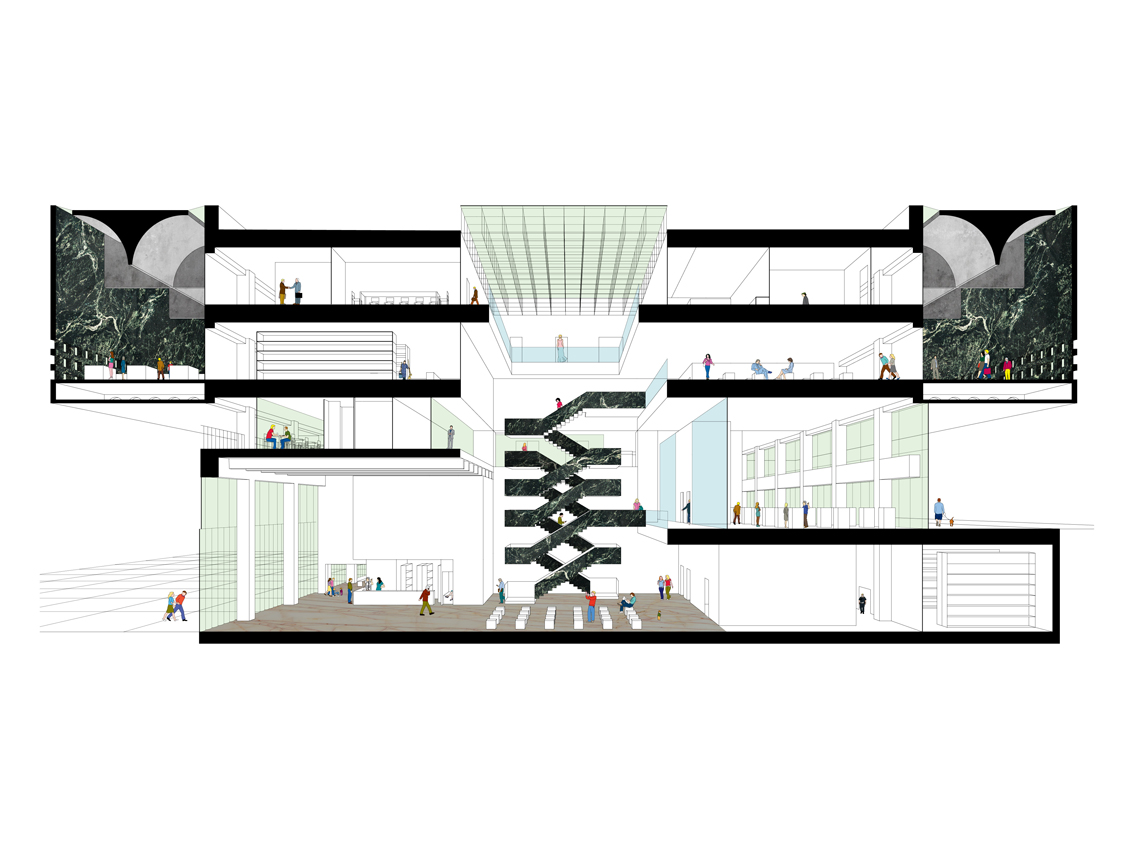 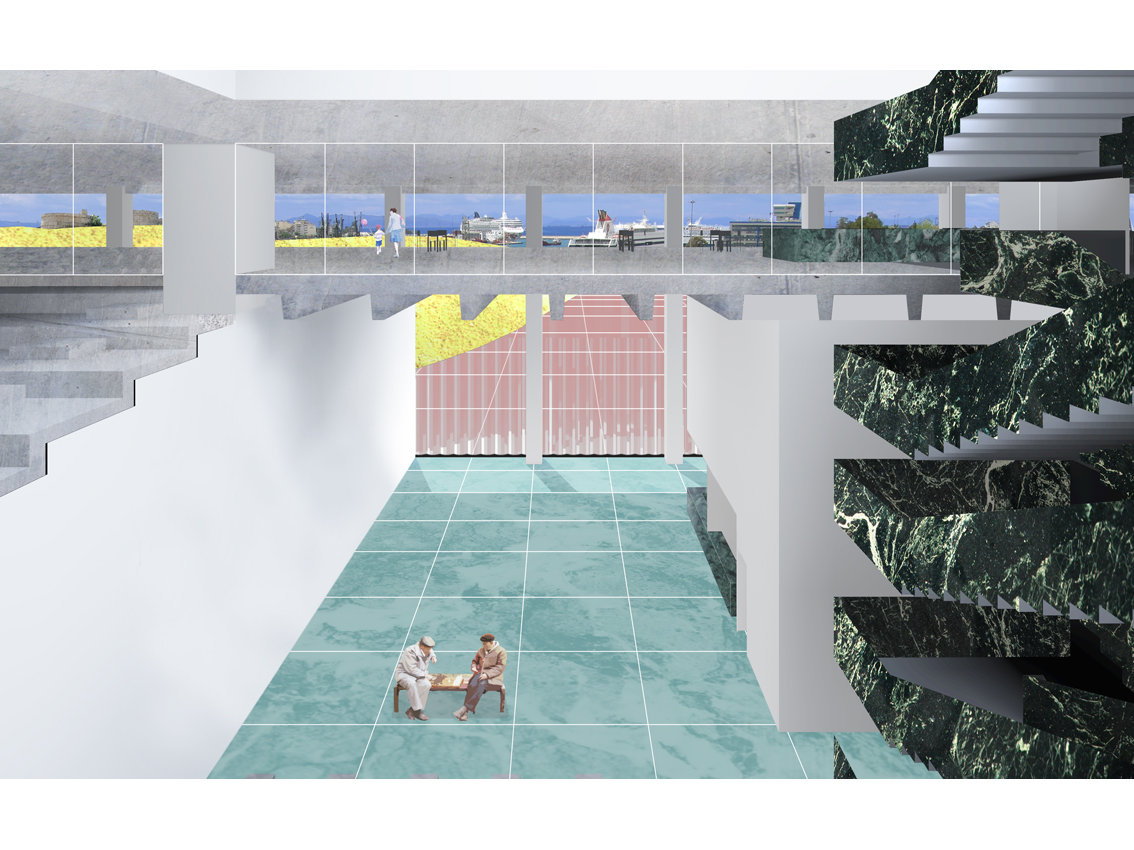 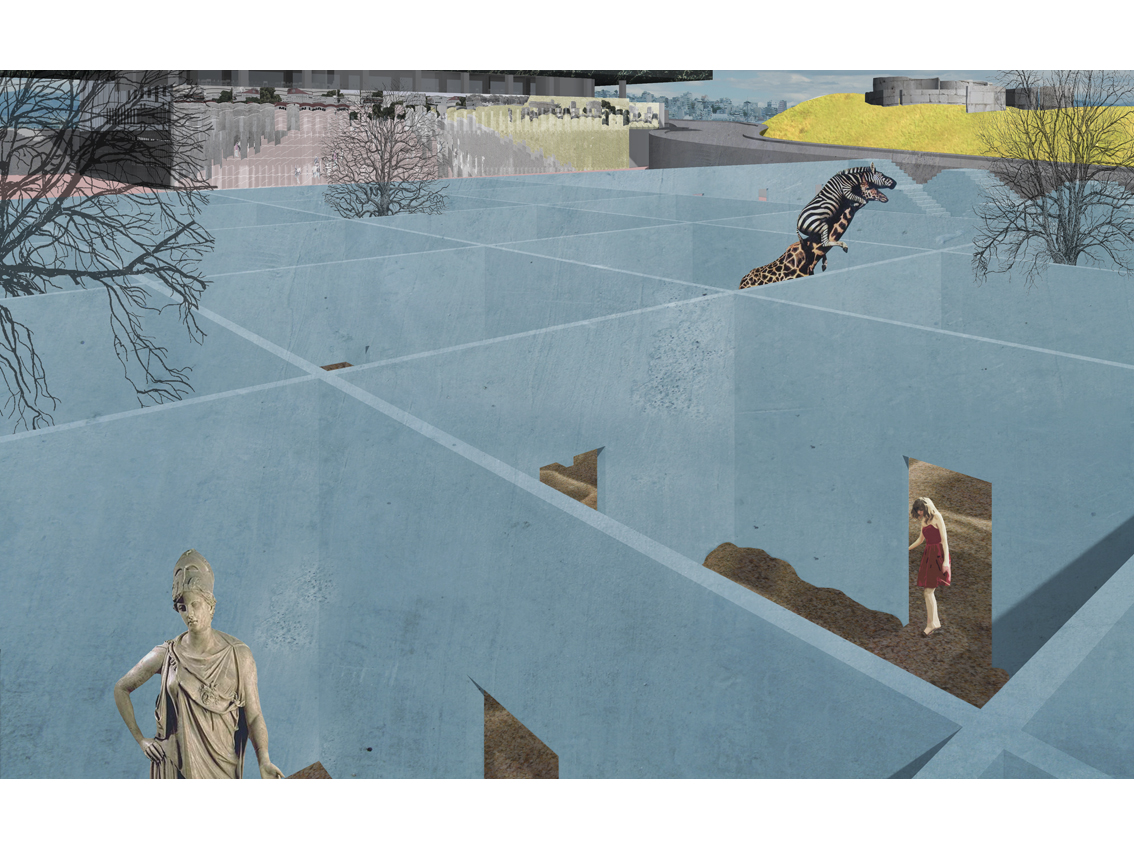 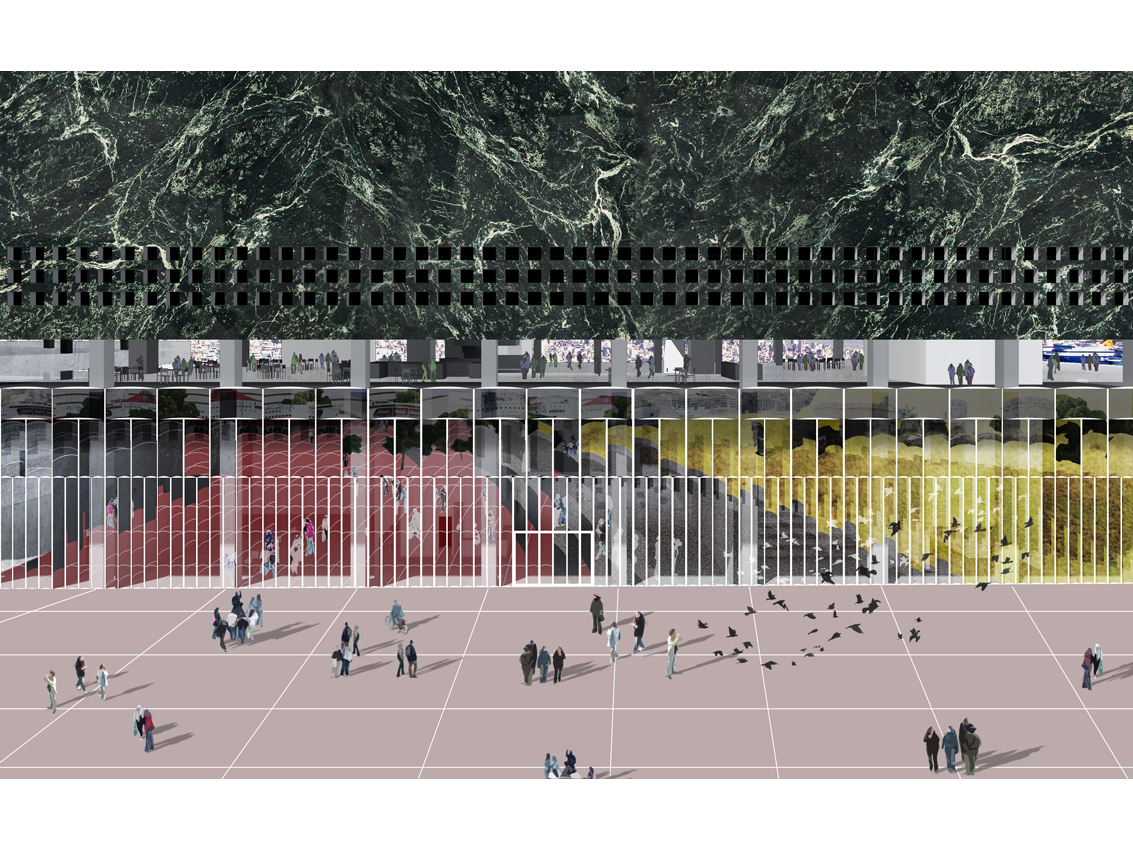 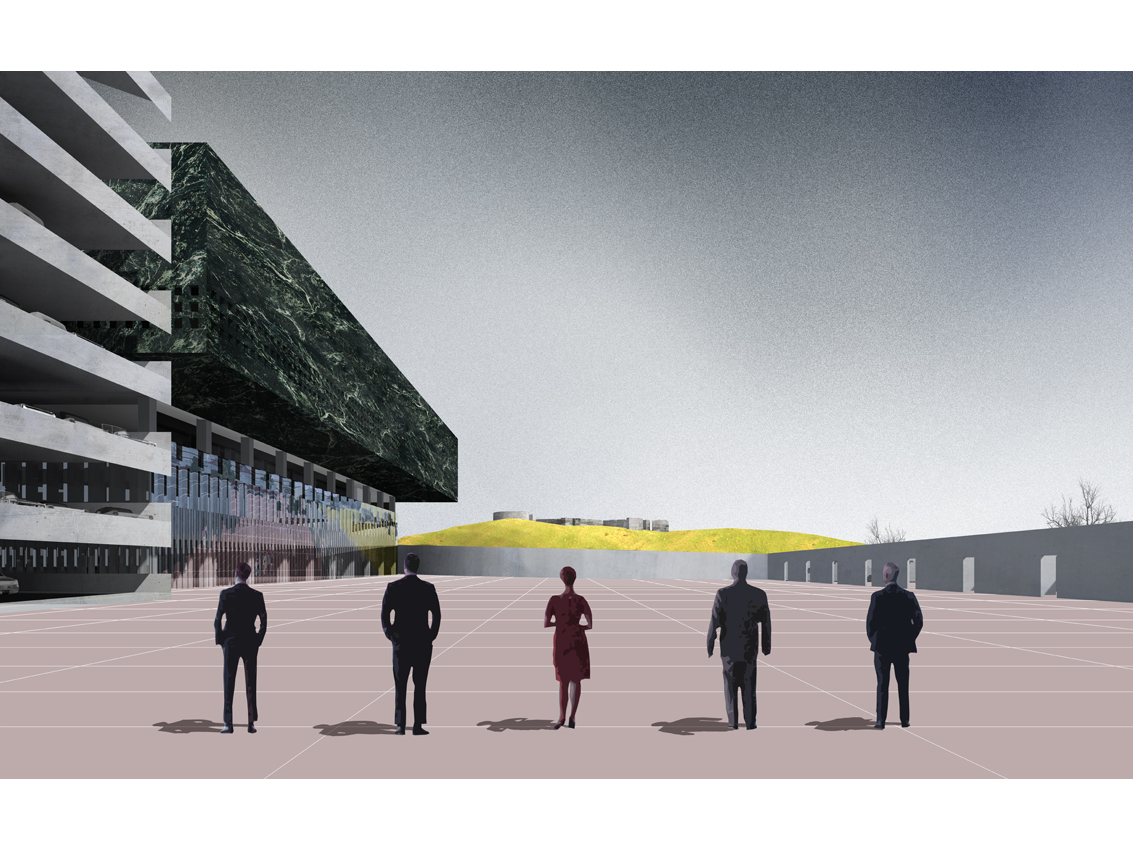 The Piraeus and the city of Athens together form a complex metropolitan area in which the presence of an archipelago of spaces emerges clearly from the dense low-rise fabrics’ layer of the houses. The islands of this archipelago could be considered the eminent mountains, hills, sporadic open spaces, thick industrial buffers and a myriad of gardens. In a way, here the Cyclades are mirrored to form a reverse: where the docking to one of those “islands” often means to get a breath. “Kanari Island” and “Ietionian Gate” are two twin islands placed next to the Piraeus Port, even if not directly connected with the sea and not even to each other, still their opposite topography makes the docking to them two completely different experiences. The relationship between these two islands is the framework in which this proposal has to be collocated. Both for the visitors and for the residents, the “Kanari Island” has a central role due to its position: it is a contemporary urban gate for the city.
Its main content is the Archeological Thematic Museum of Piraeus. The proposal of intervention within the existing building could be sum up in two main steps that interest the changing of the volume, without changing its scale in relation with the urban fabric, but building a new landmark.
The first is splitting in two the slab of the pilotis, through the east-west axis creating a “deck” connected directly to the street level: a mezzanine for the ground floor, connected in section through ramps and stairs to the pilotis. This allows the Museum to keep the visual connection towards the south with having also a physical connection towards the north in its most open level.
The second is an enclosed “Pteroma” of 6,5 m height added to the two last storeys, giving the exhibition inside the best view and the highest visibility.
The internal system of vertical connections lies in diagonal within the three cores, that together with the use of corridors allow each storey a specific and clear distribution diagram. When it comes to the public space, the decision to design the parking building towards the north defines an urban edge for the Kanari Island, and gives an advantage in shaping the public space. Its design comprehends three gradients of use: a multi-purpose open space, an archeological open-air showcase and a natural buffer. Three different perceptions to the museum from the outside, three connections between the Kanari Island and the Ietionian Gate.