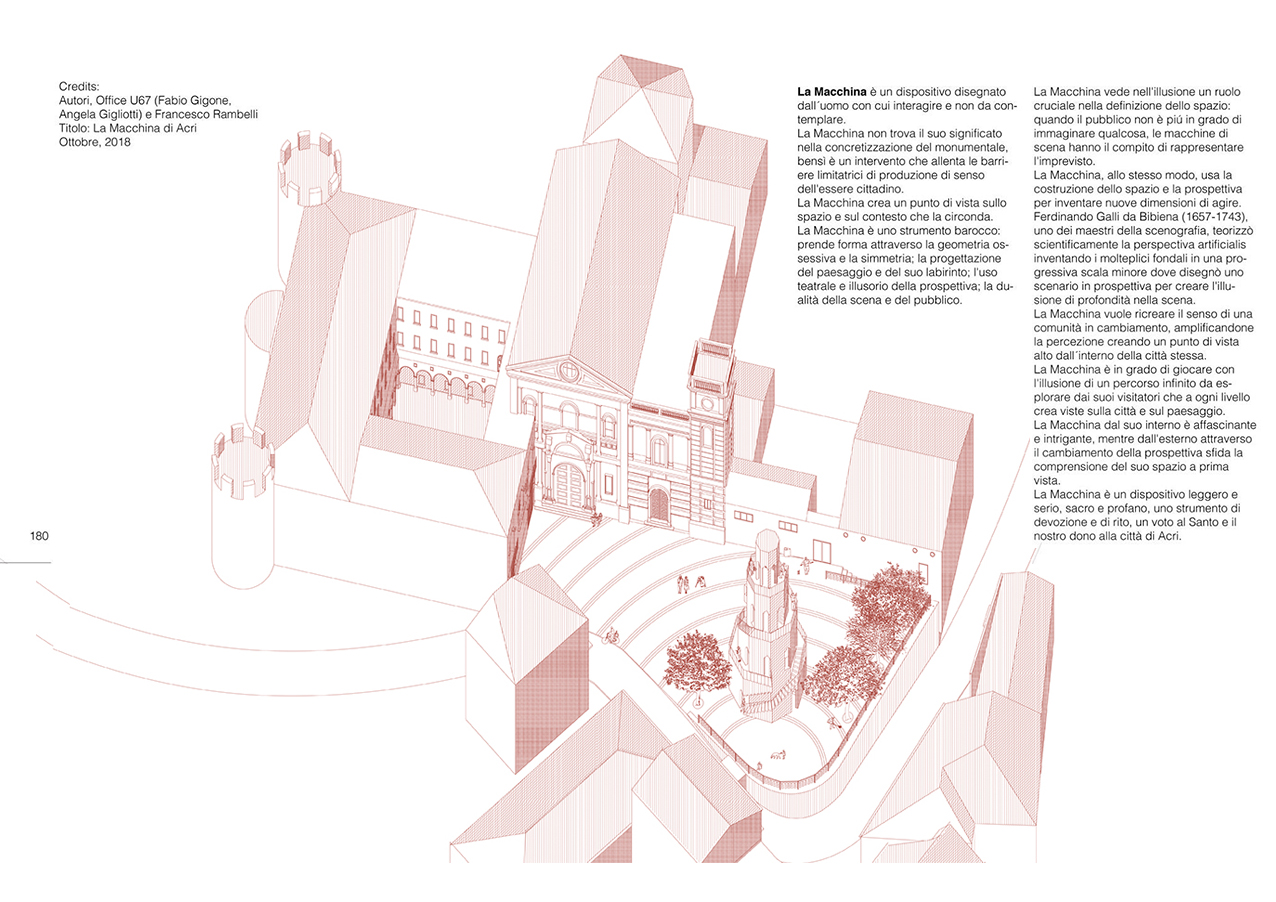 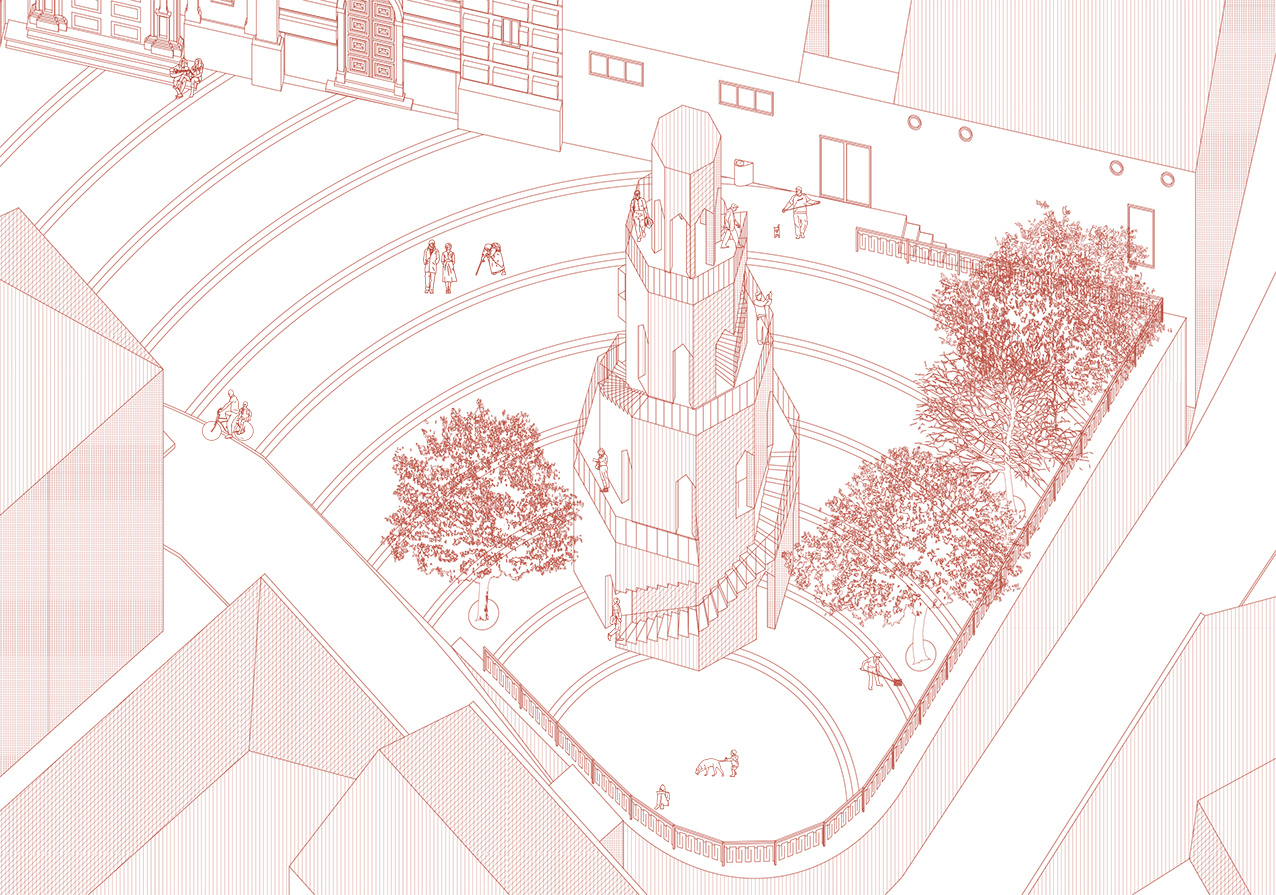 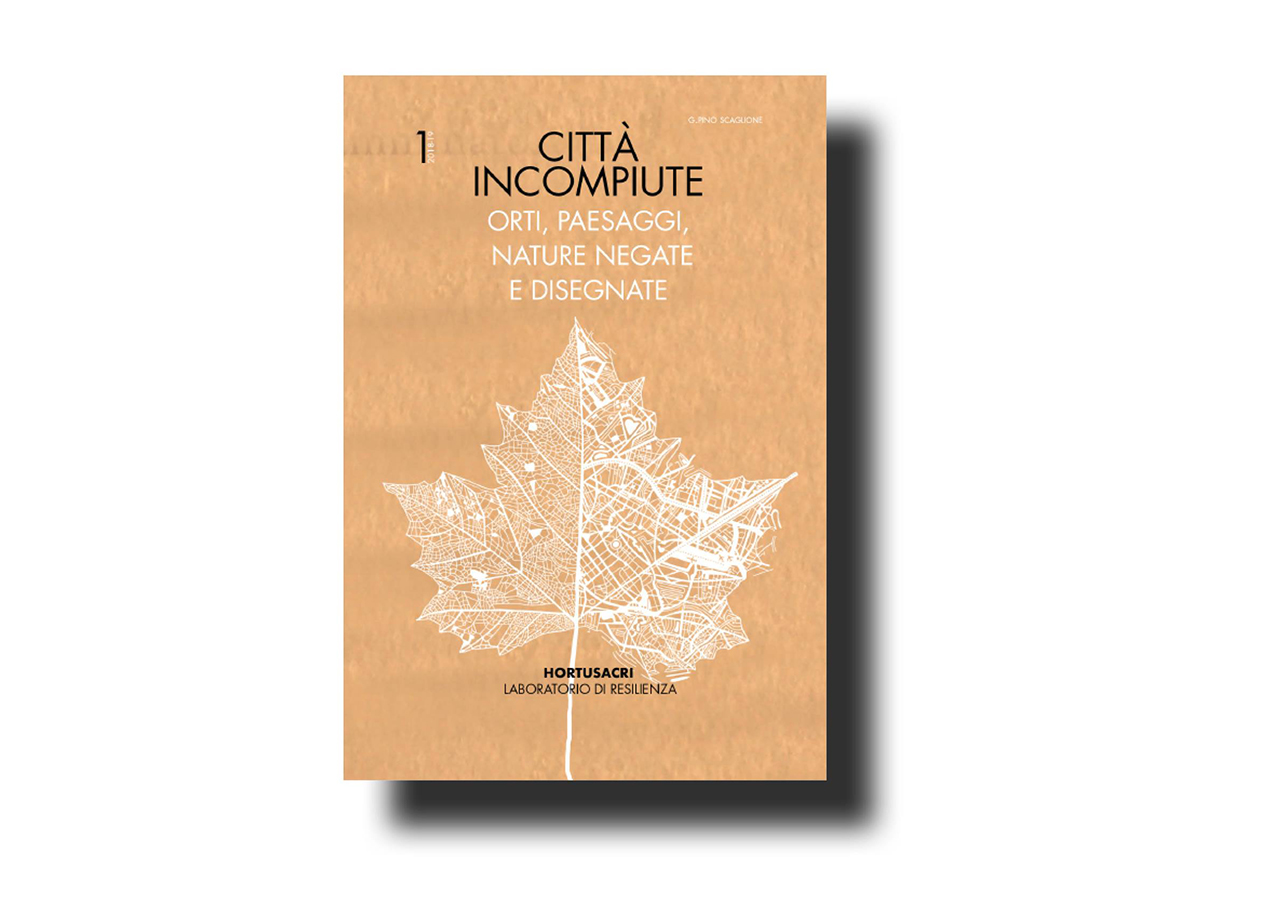 The relationship between rite and community in public space is part of the research that Office U67 pursues through the design of devices and strategies useful for the transformation of space in its meaning and perception. Architecture has always been the present witness of the different practices that the community puts on stage in the public space. Historical cities such as Venice or Rome were built as a stage for real ceremonies (religious, play, politics) through which the different communities recognised and manifested themselves. Acri, today is a city-territory, as such is defined by an anthropised space, which as a place of freedom and expression of the community is negotiated on several fronts. On one side, with the effects of time, neglect and abuse that often define new meanings and social practices. On the other, with the rite, the procession, the devotion, the public and private celebration that define the relationship with tradition and the transmission between generations of sacred and profane social practices. On this plane the Machine is intended. The Machine is a device designed by the man with whom it interacts and is not contemplated. The Machine does not find its meaning in the realisation of the monumental, but it is an intervention that loosens the limiting barriers of producing the sense of being a citizen. The Machine creates a point of view on the space and the context that surrounds it. The Machine is a baroque instrument: it takes shape through obsessive geometry and symmetry; the design of the landscape and its labyrinth; the theatrical and illusory use of perspective; the duality of the scene and of the public. The Machine notices a crucial role in illusion as the definition of space: when the public is no longer able to imagine something, the scene machines have the task of representing the unexpected. The Machine, in the same way, uses the construction of space and the perspective to invent new dimensions to act. Ferdinando Galli da Bibiena (1657-1743), one of the masters of scenography, scientifically theorised the perspectiva artificialis inventing the multiple depths in a progressive minor scale where he designed a scenario in perspective to create an illusion of depth in the scene. The Machine wants to recreate the sense of a changing community, amplifying its perception by creating a high point of view from within the city itself. The Machine is able to play with the illusion of an infinite path to be explored by its visitors, at each level creating views of the city and the landscape. The Machine from within is fascinating and intriguing, while from the outside through the change of perspective it challenges the understanding of its space at first sight. The Machine is a light and serious device, sacred and profane, an instrument of devotion and rite, a vow to the Saint and our gift to the city of Acri.