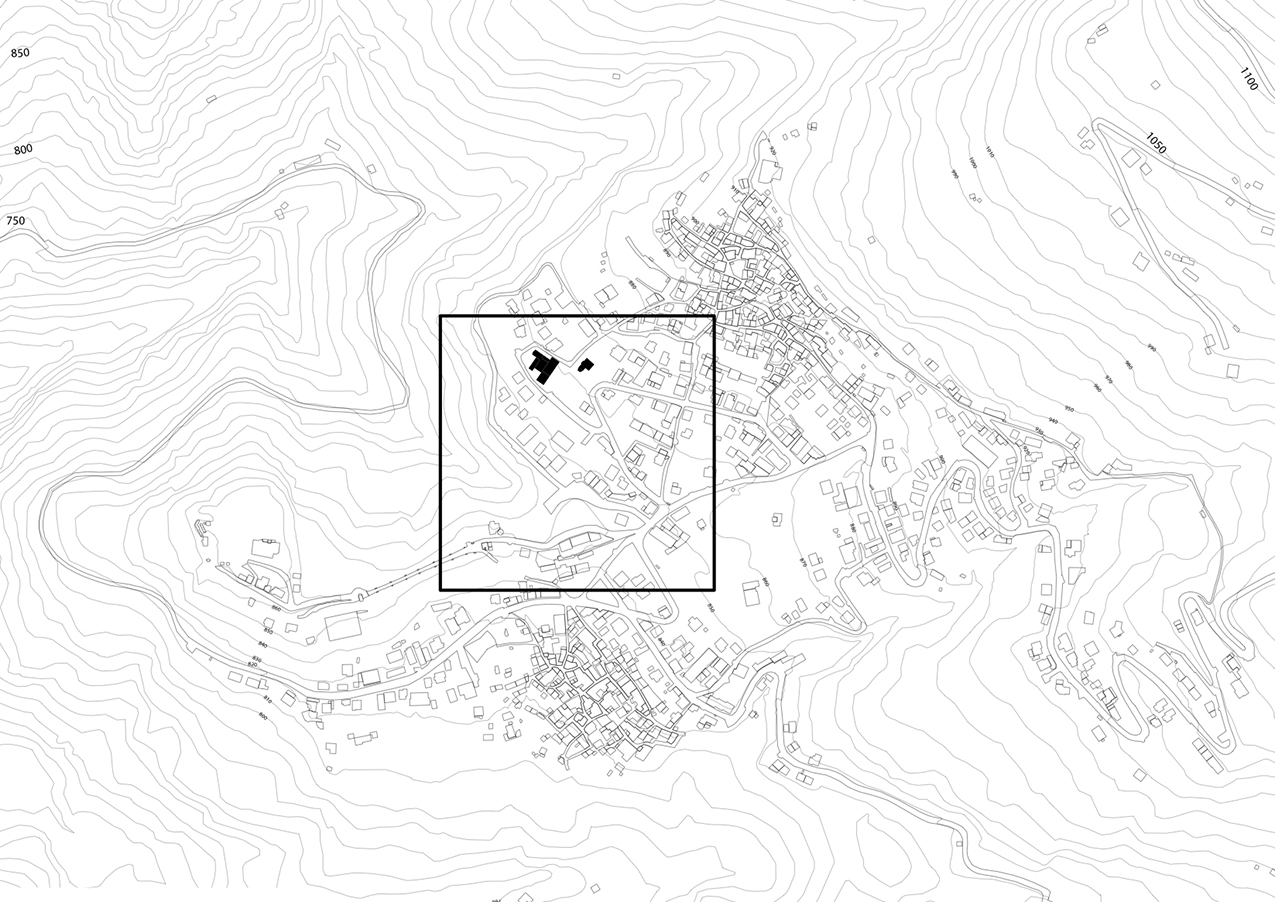 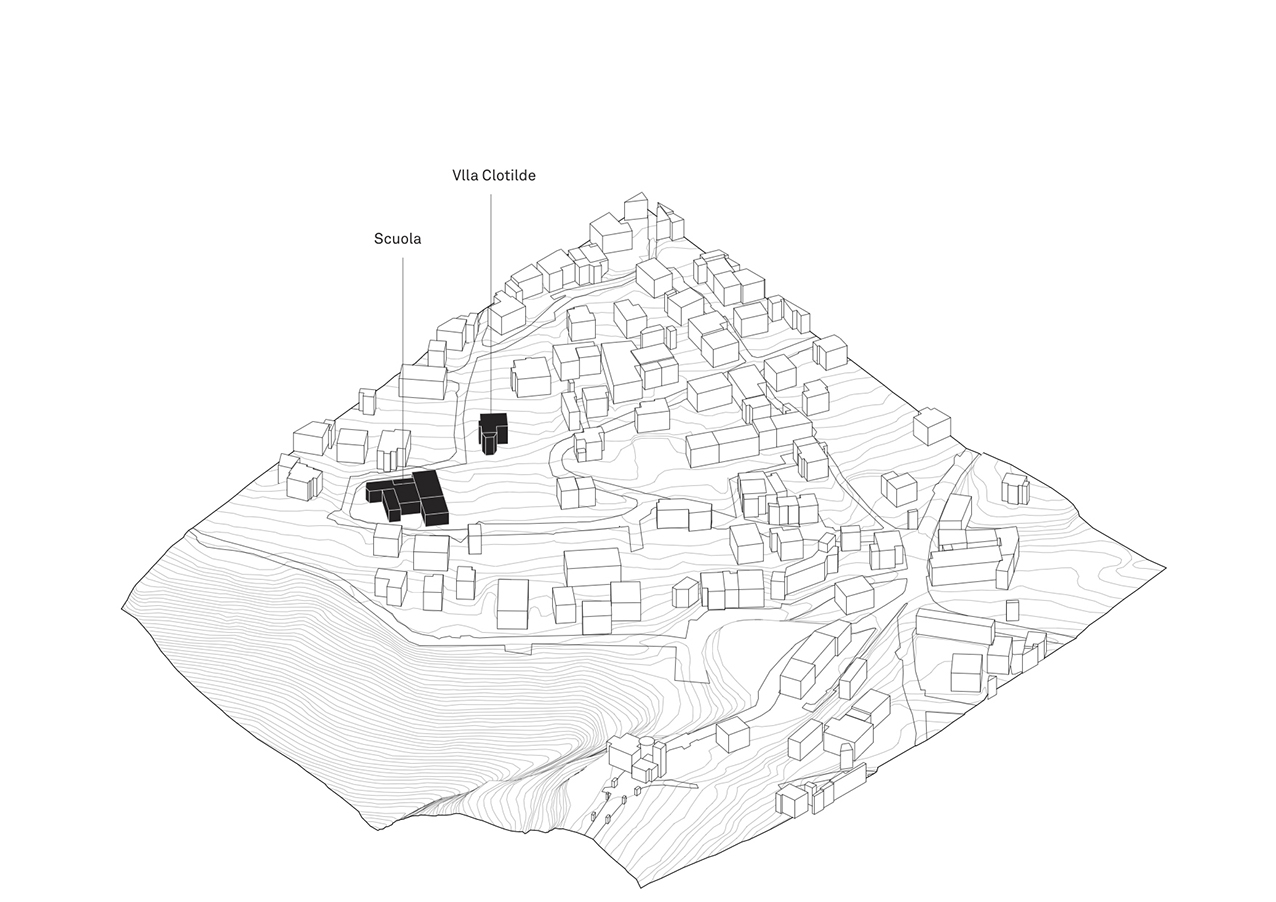 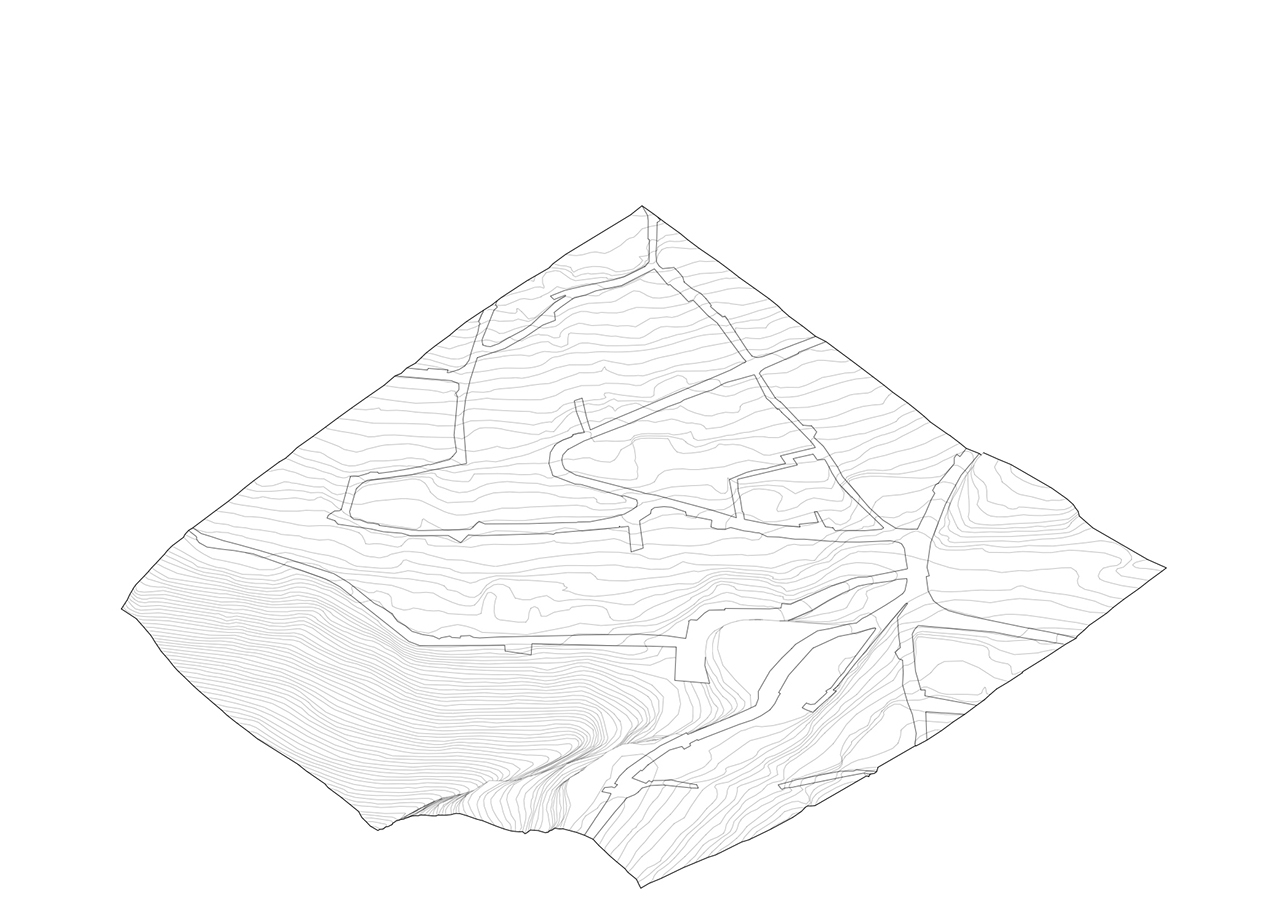 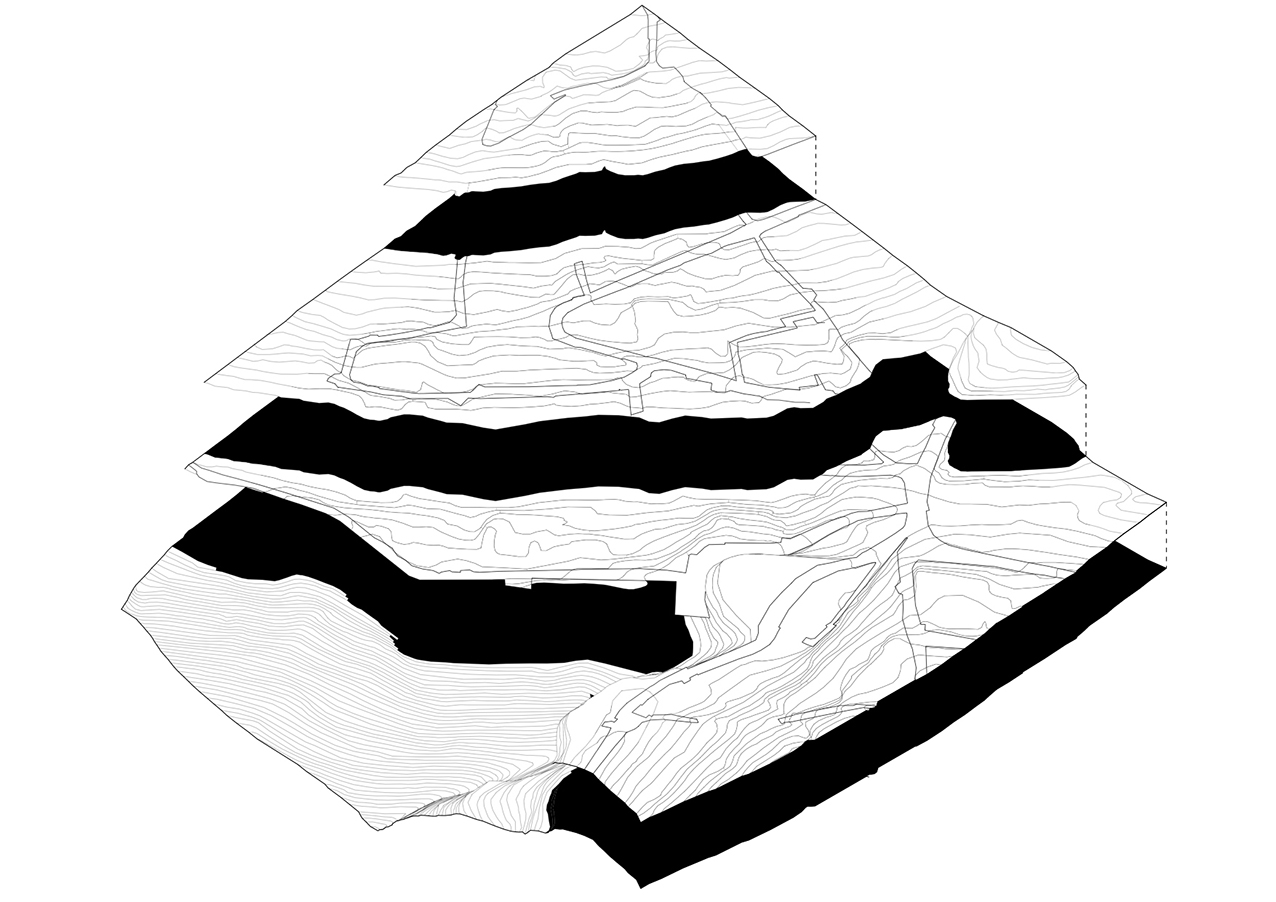 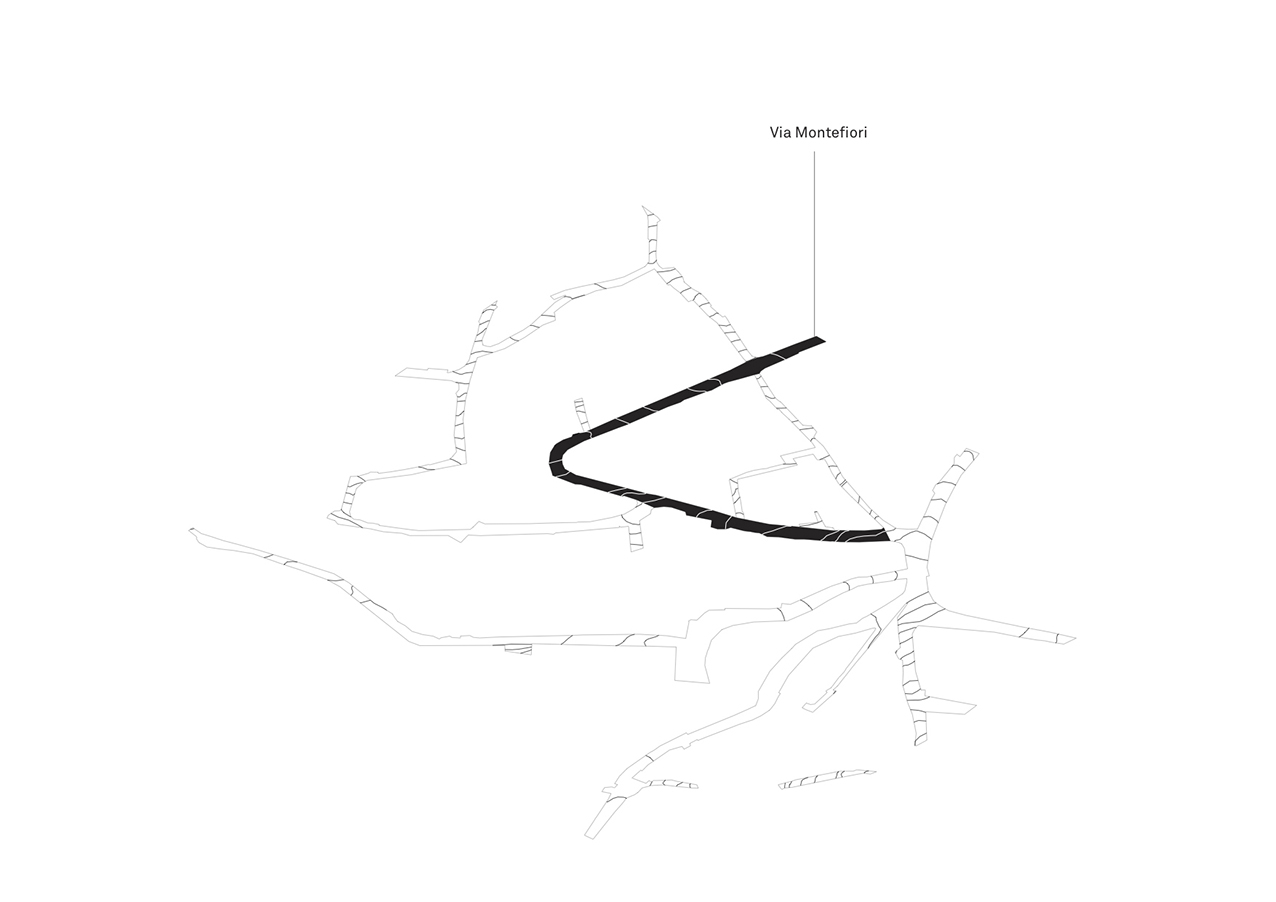 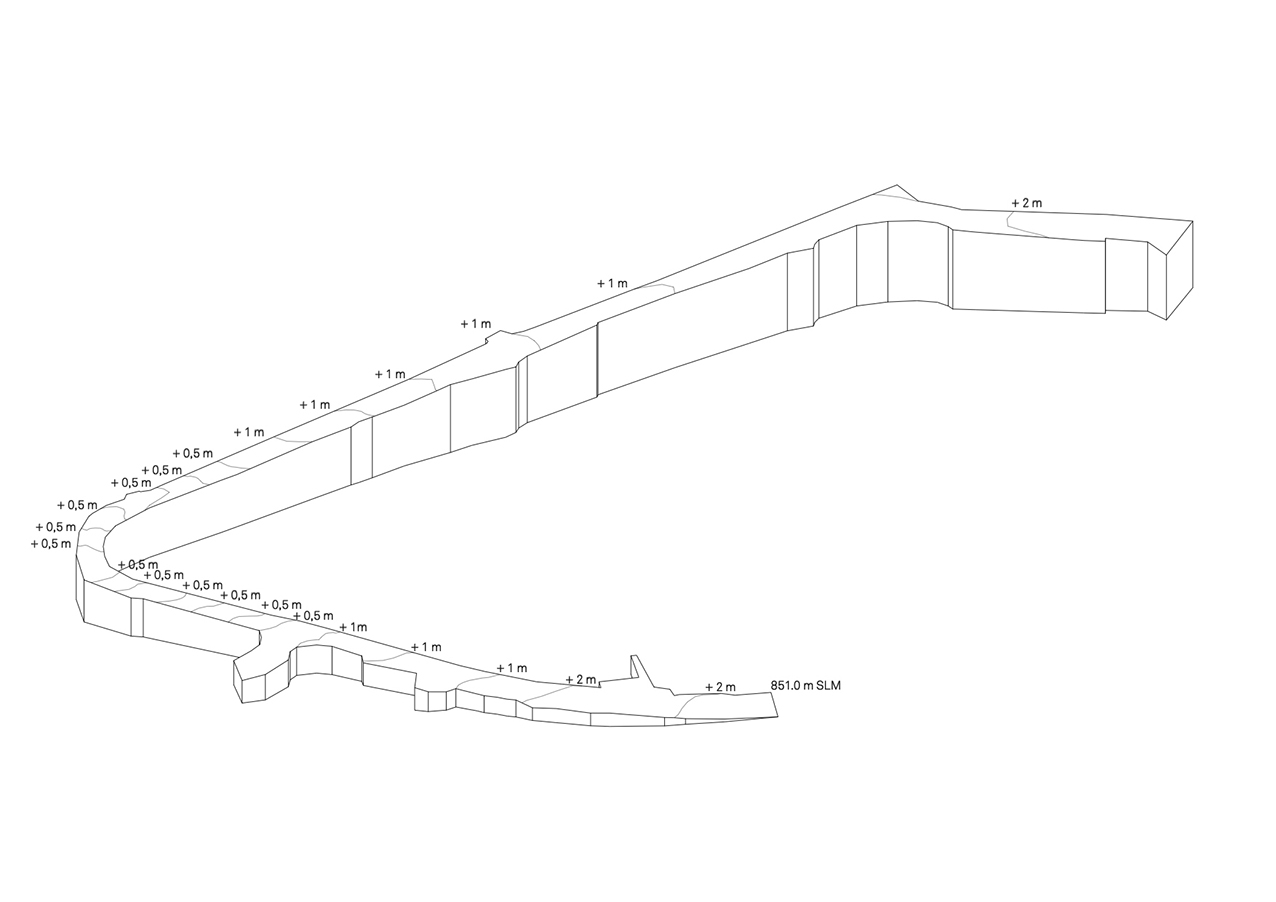 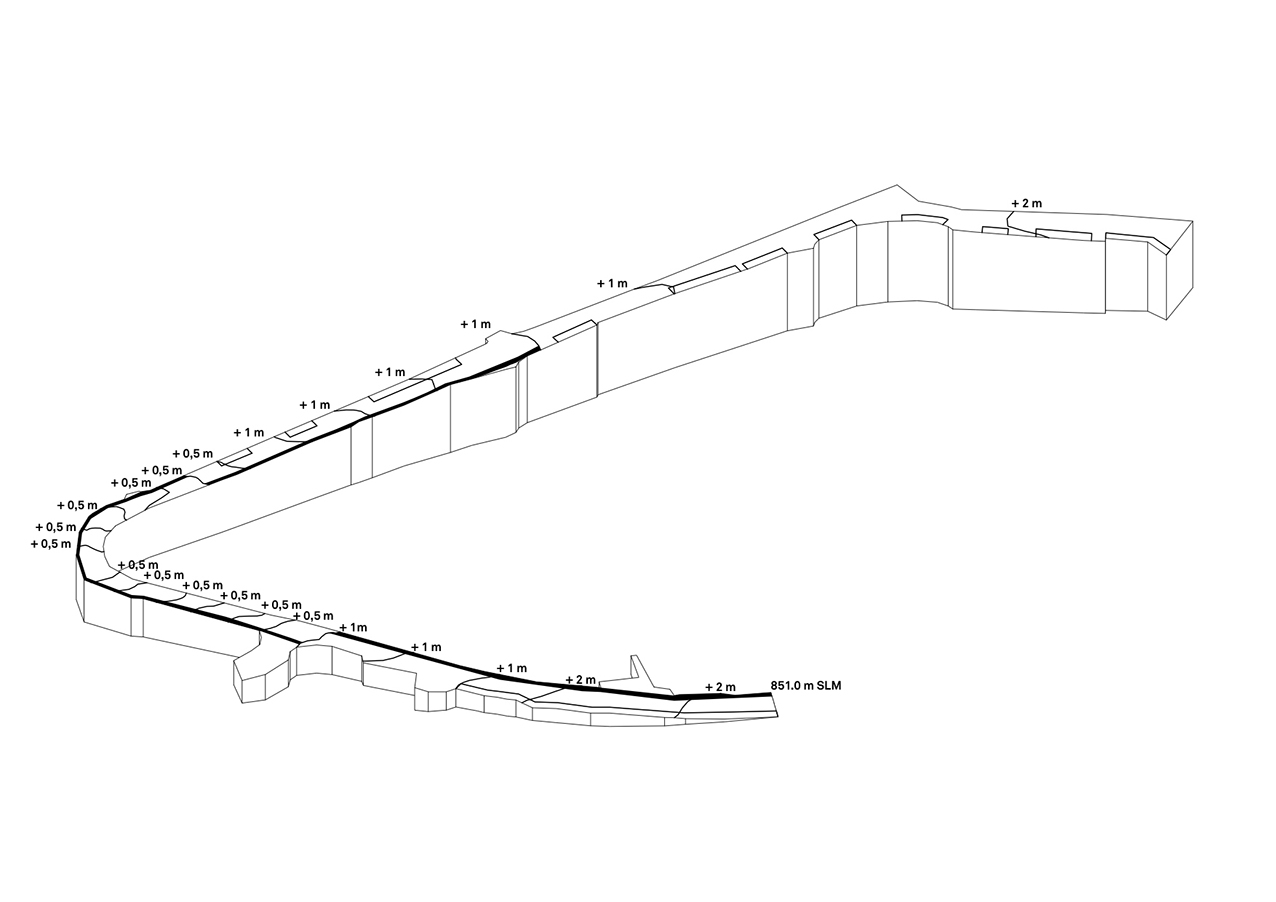 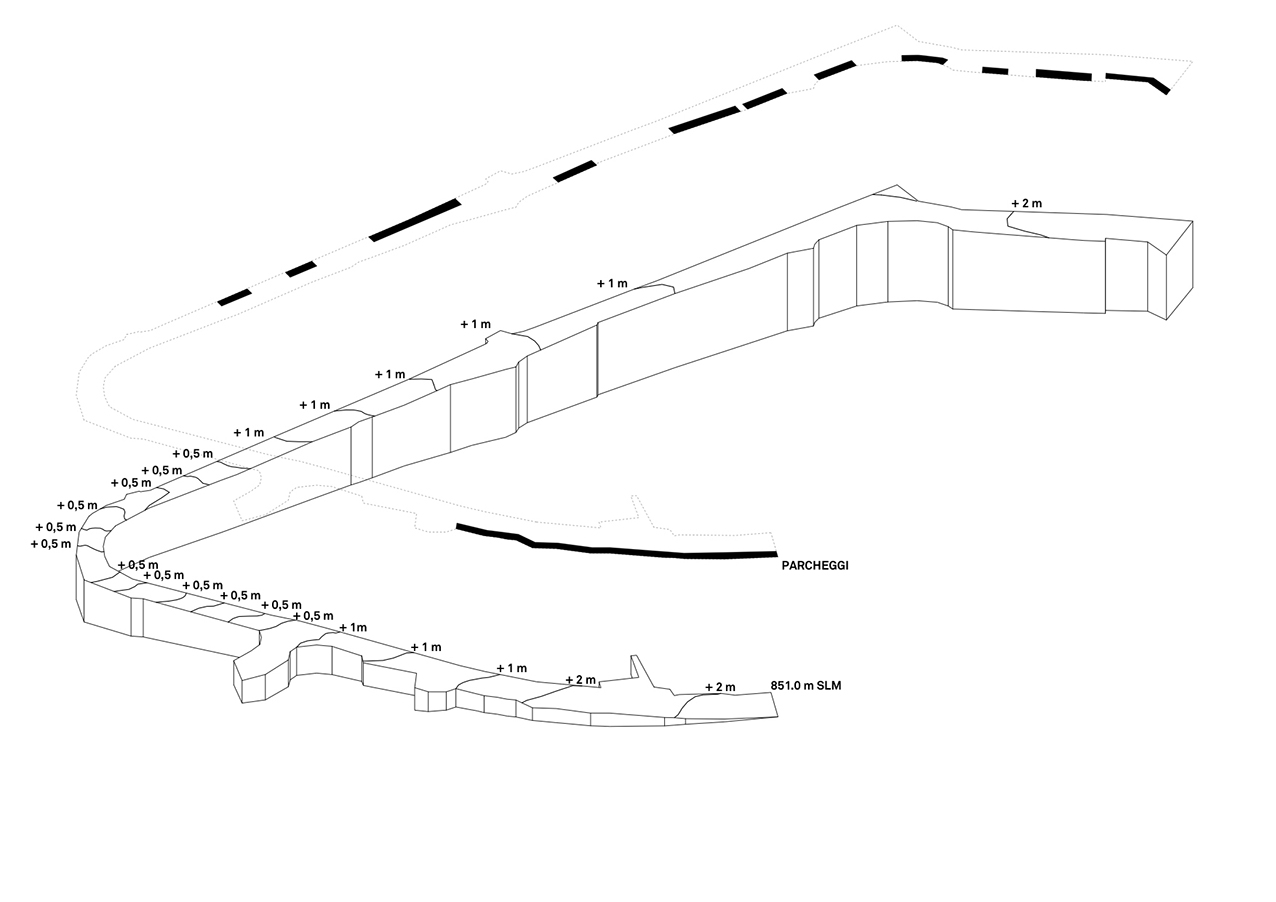 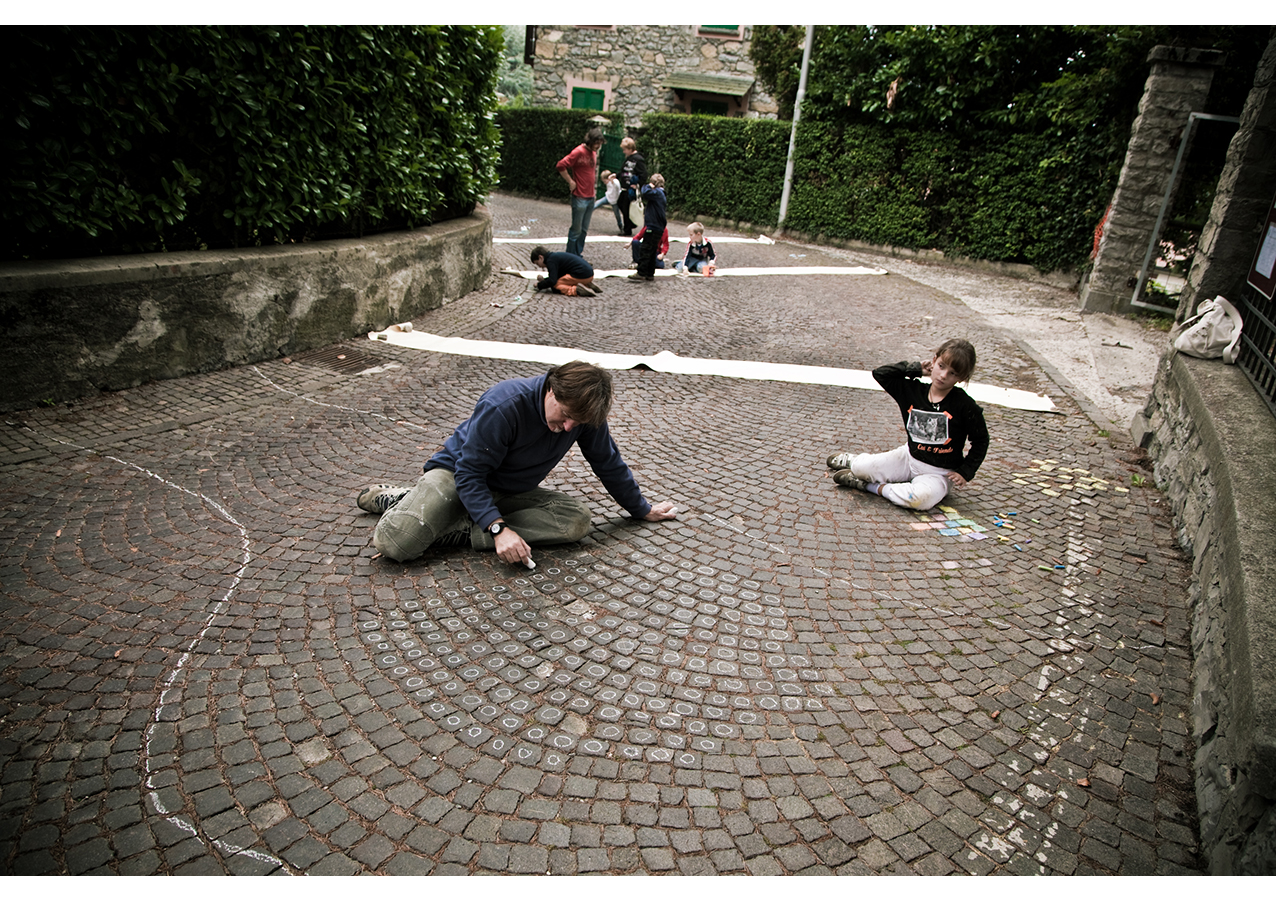 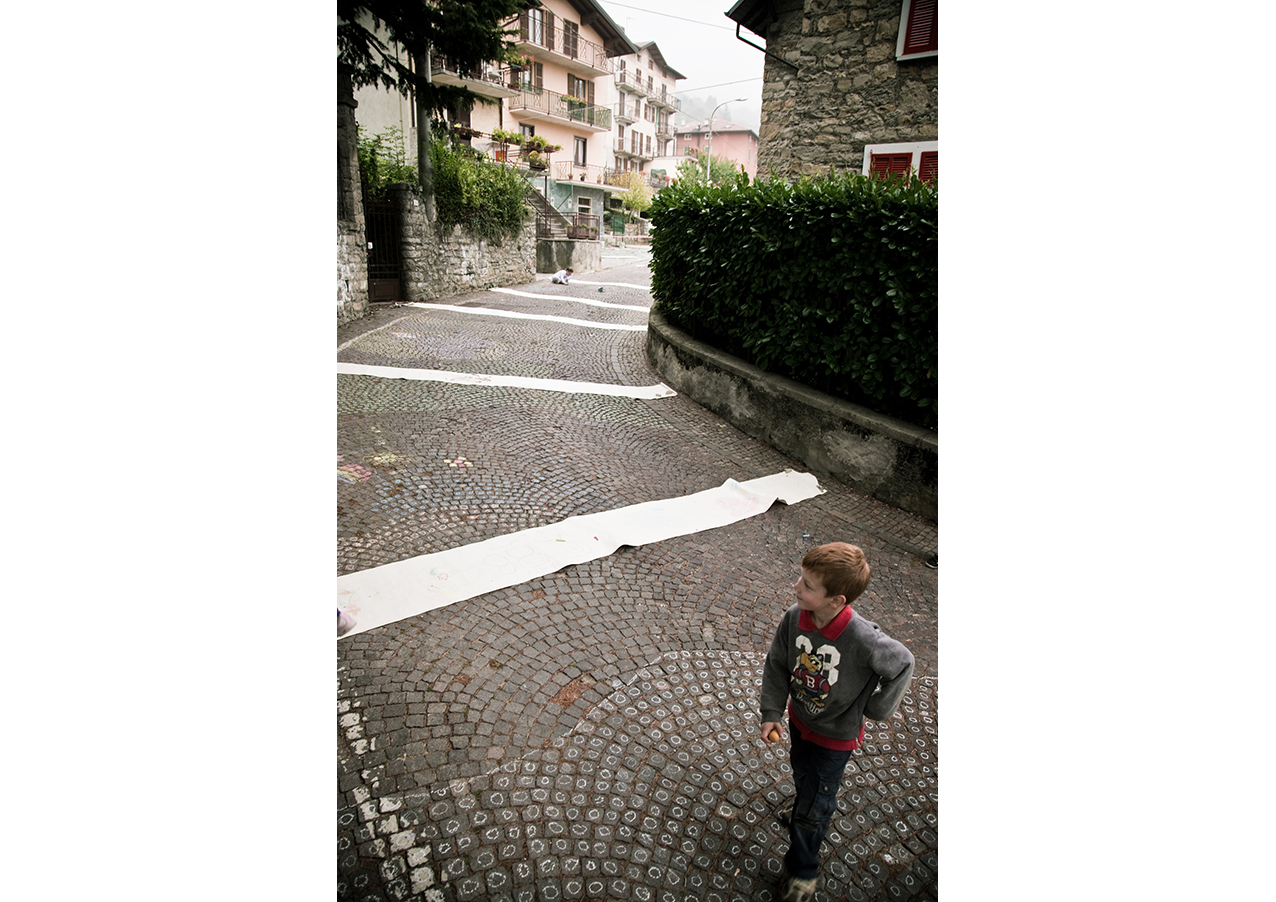 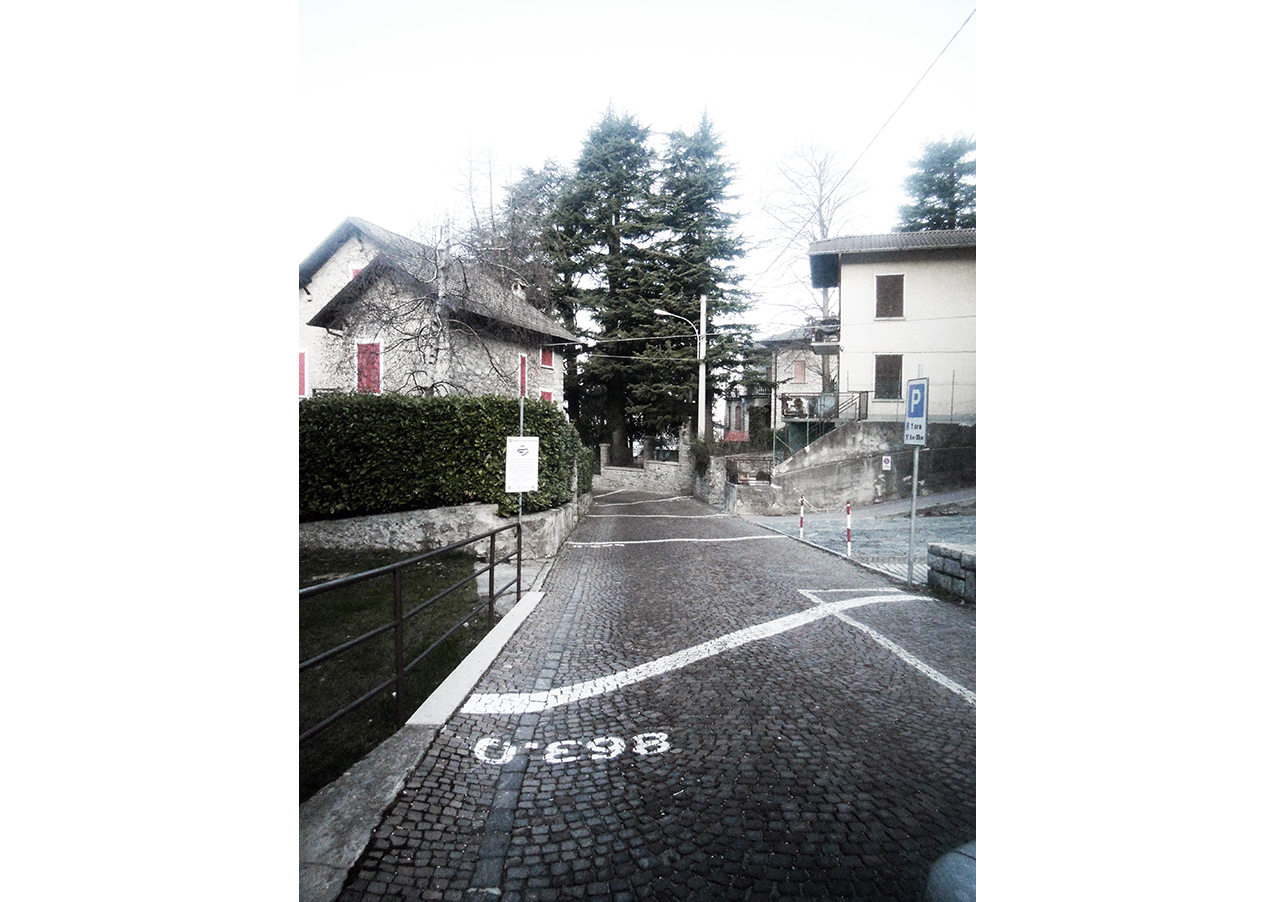 The designed of the 1:1 Community Map for the town of Esino Lario is part of a wider project that involves the local mountain community and the municipality to improve the identity and the visibility of Esino Lario.
The project deals with the concept of an infinite surface: it is a reflection on a possibile way to define a territory. The road markings represent the progressive height above the sea level: the isohypses on a 1:1 scale give a scientific measure to the physical effort resulting from walking on the steep streets.
The site specific work took Via Montefiori as sample to demonstrate that the town of Esino Lario and its map coincide; the aim was to allow the identity of the community to emerge, through the recognition that the general work previously did on the chart was actually possible to be overlapped on the site.