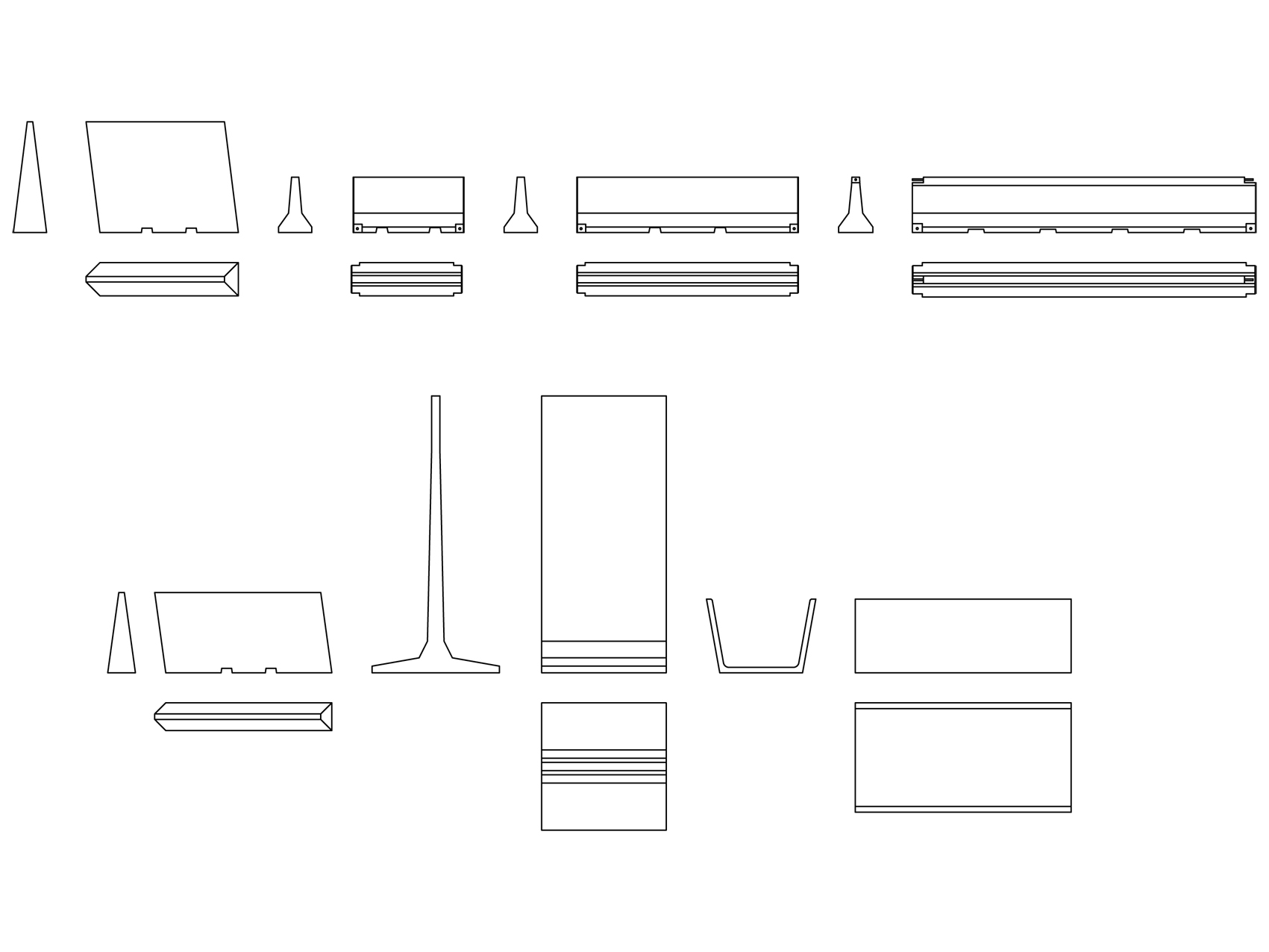 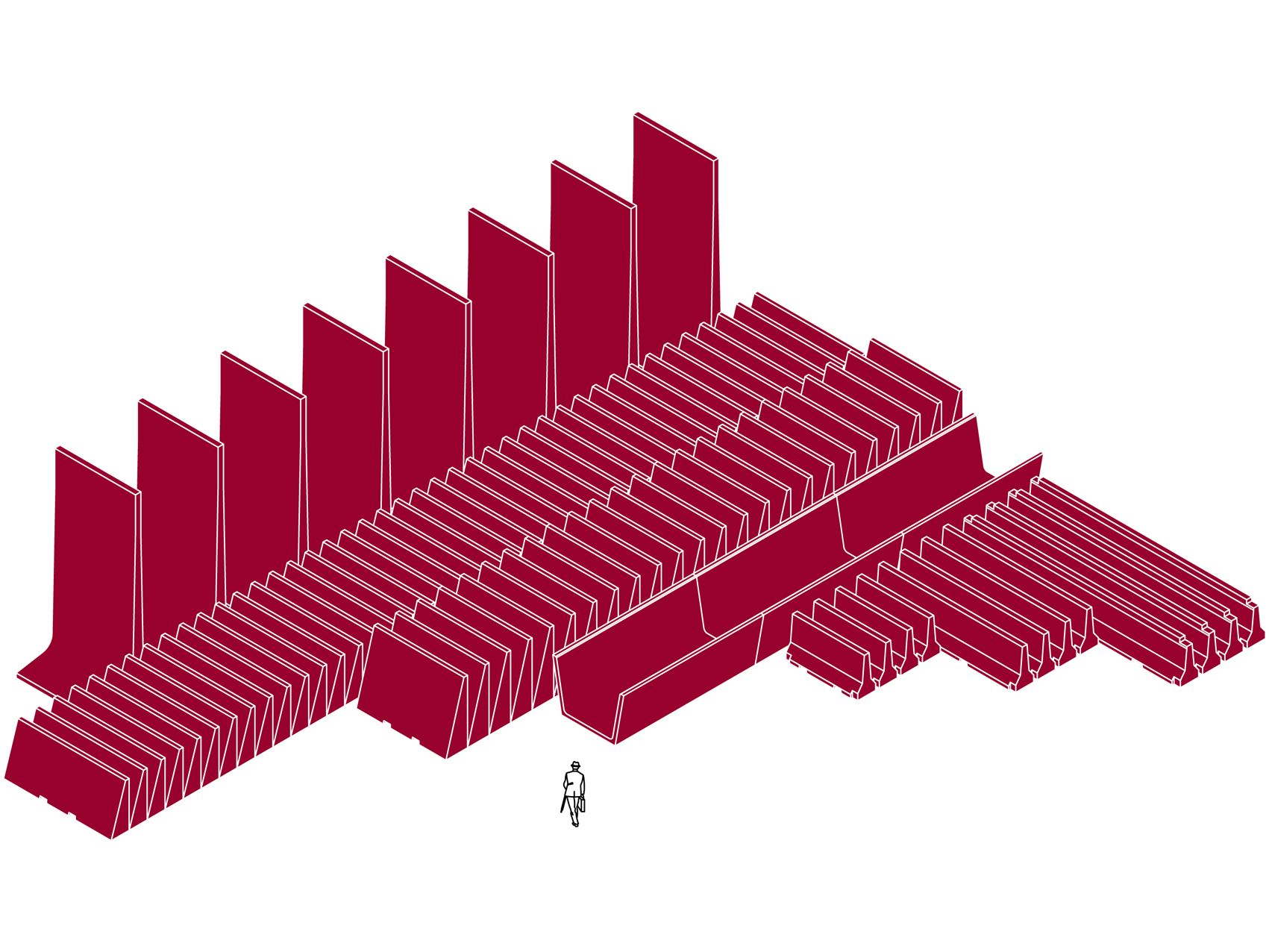 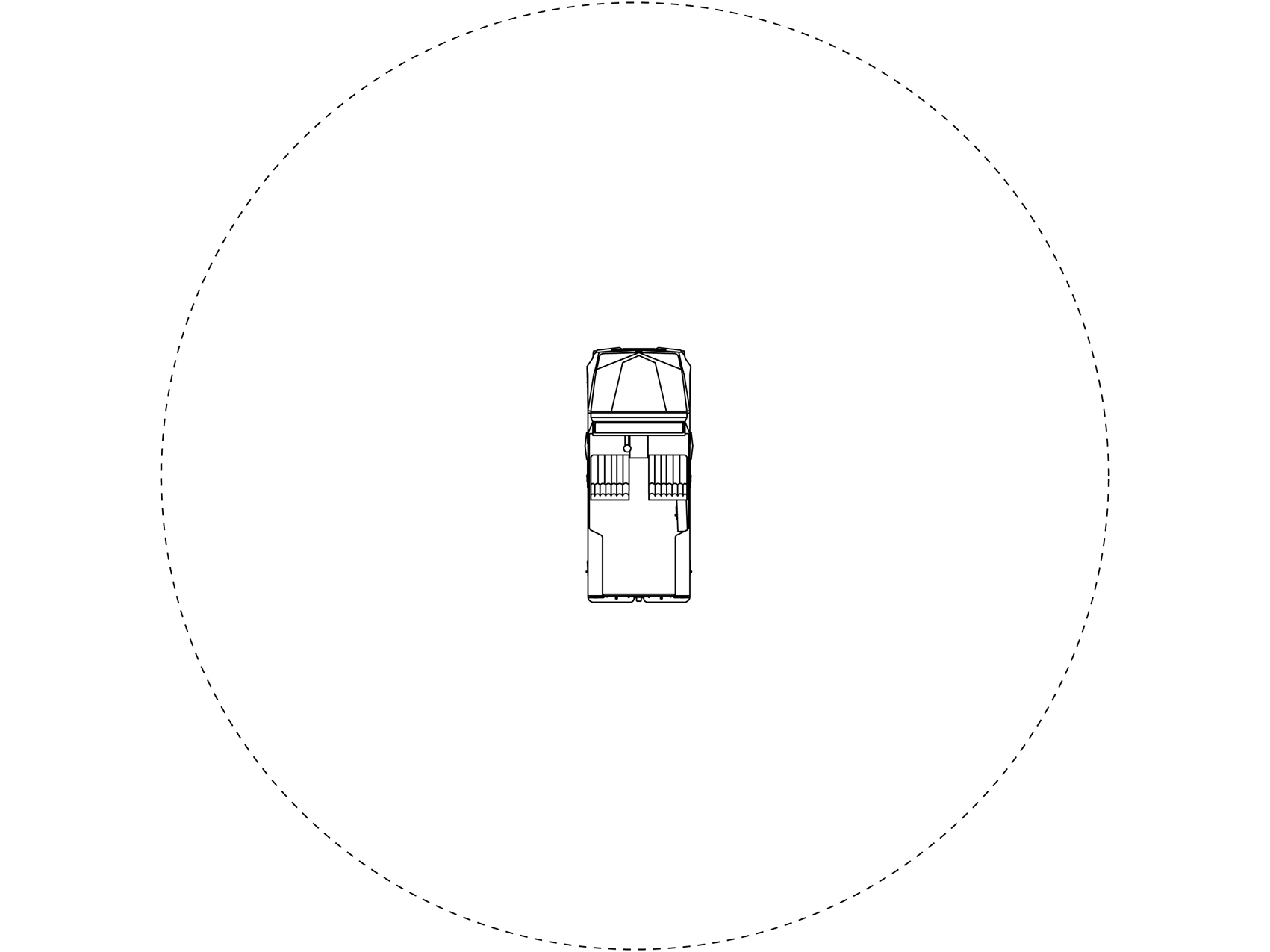 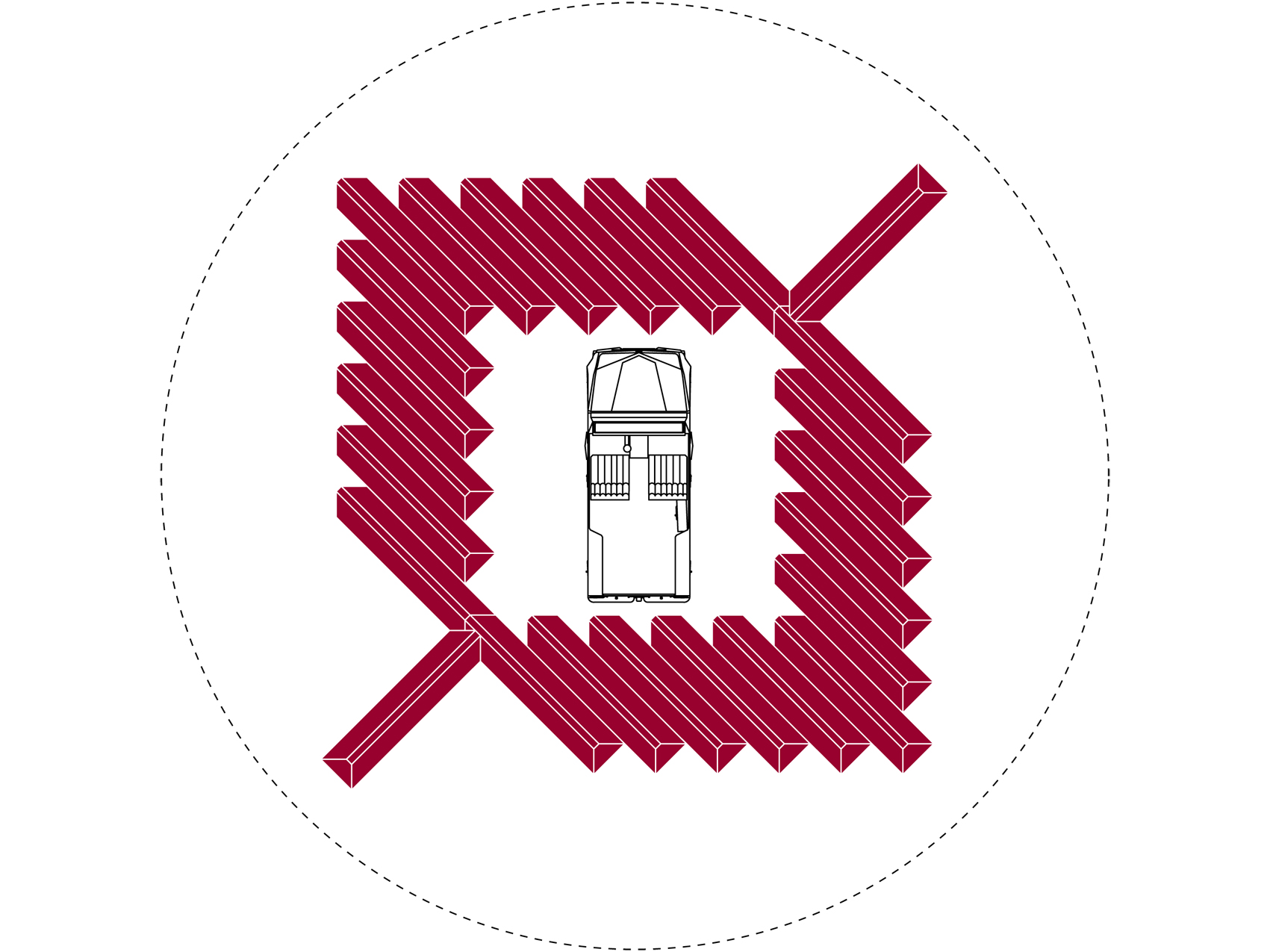 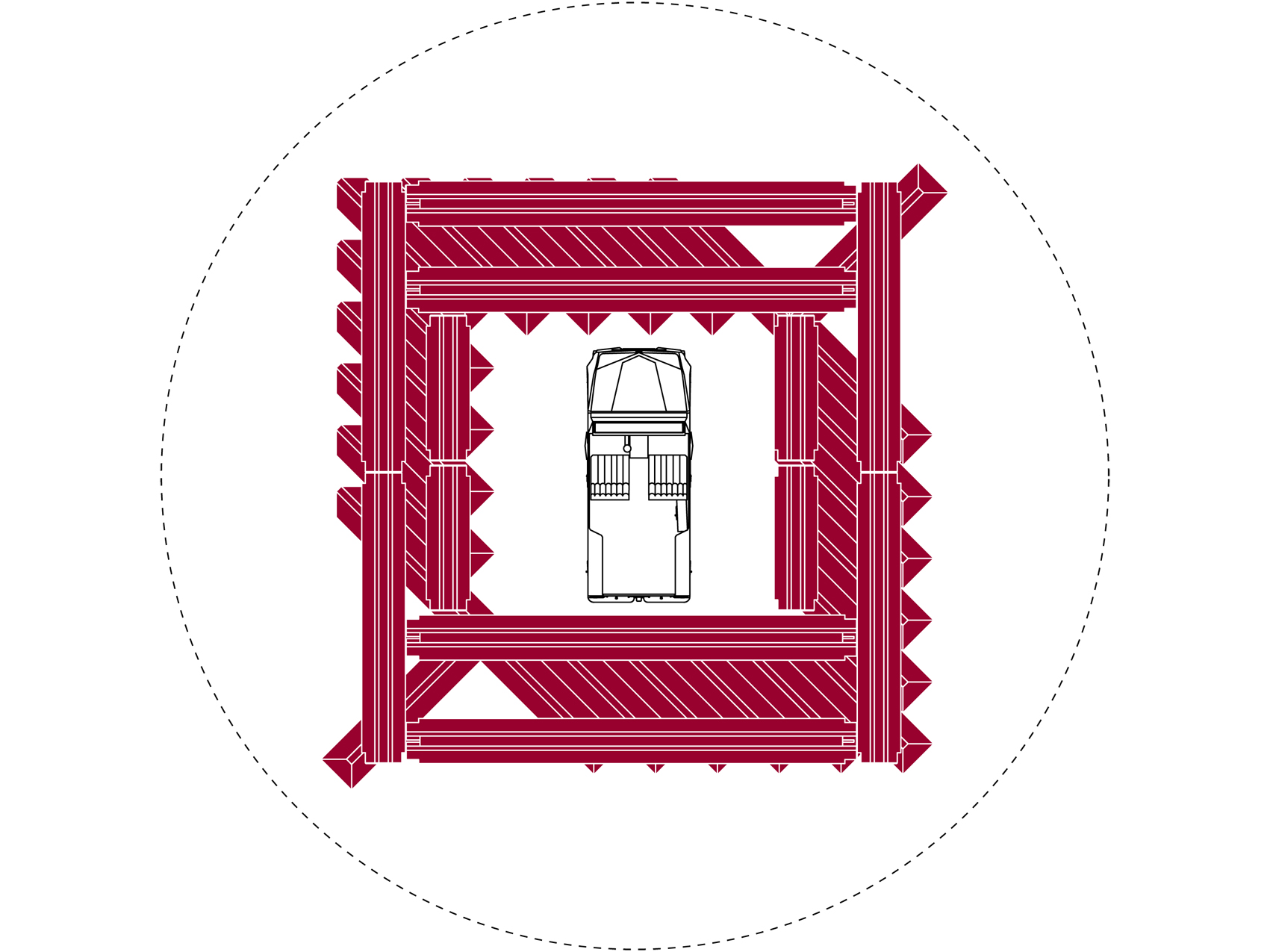 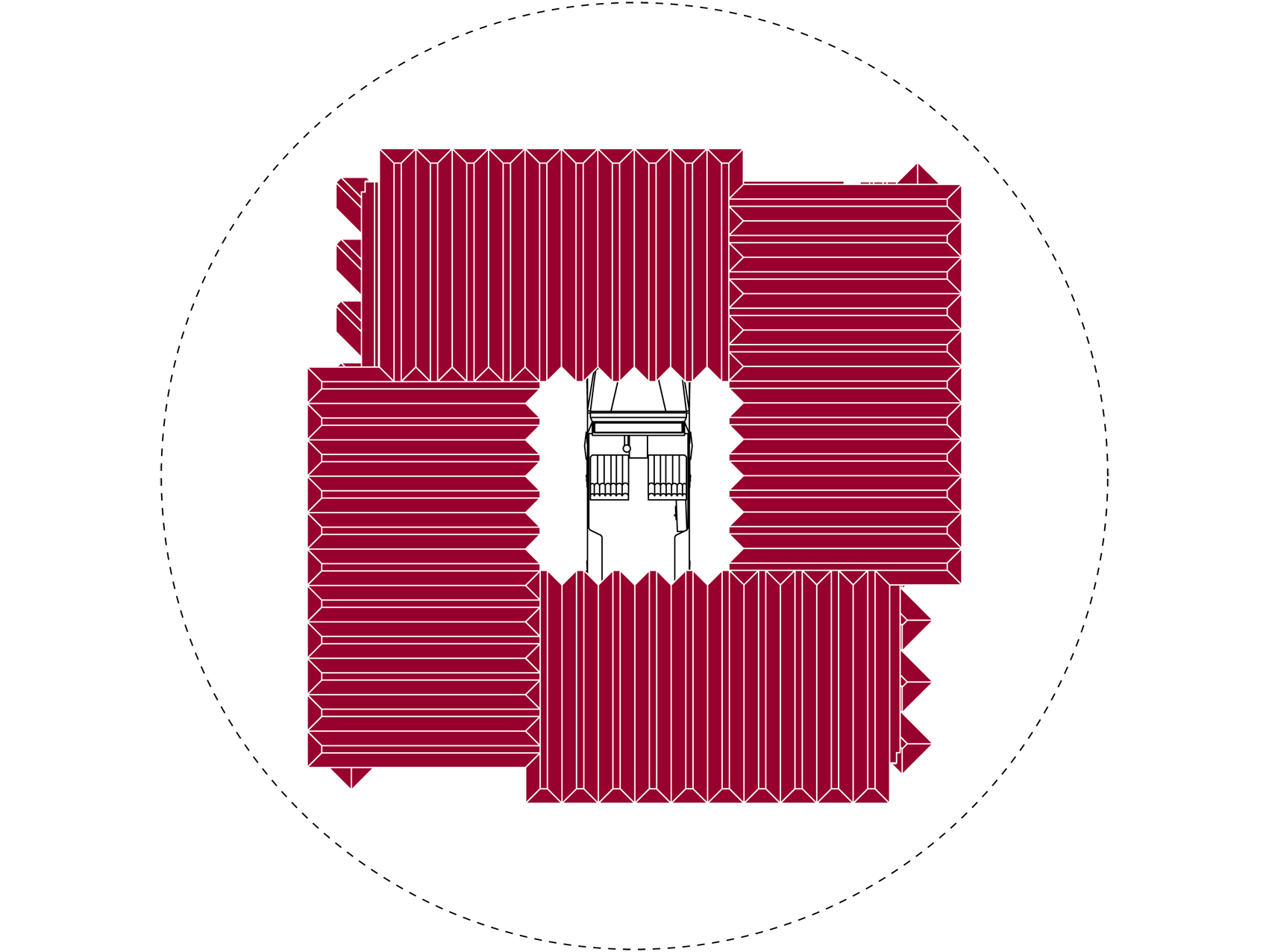 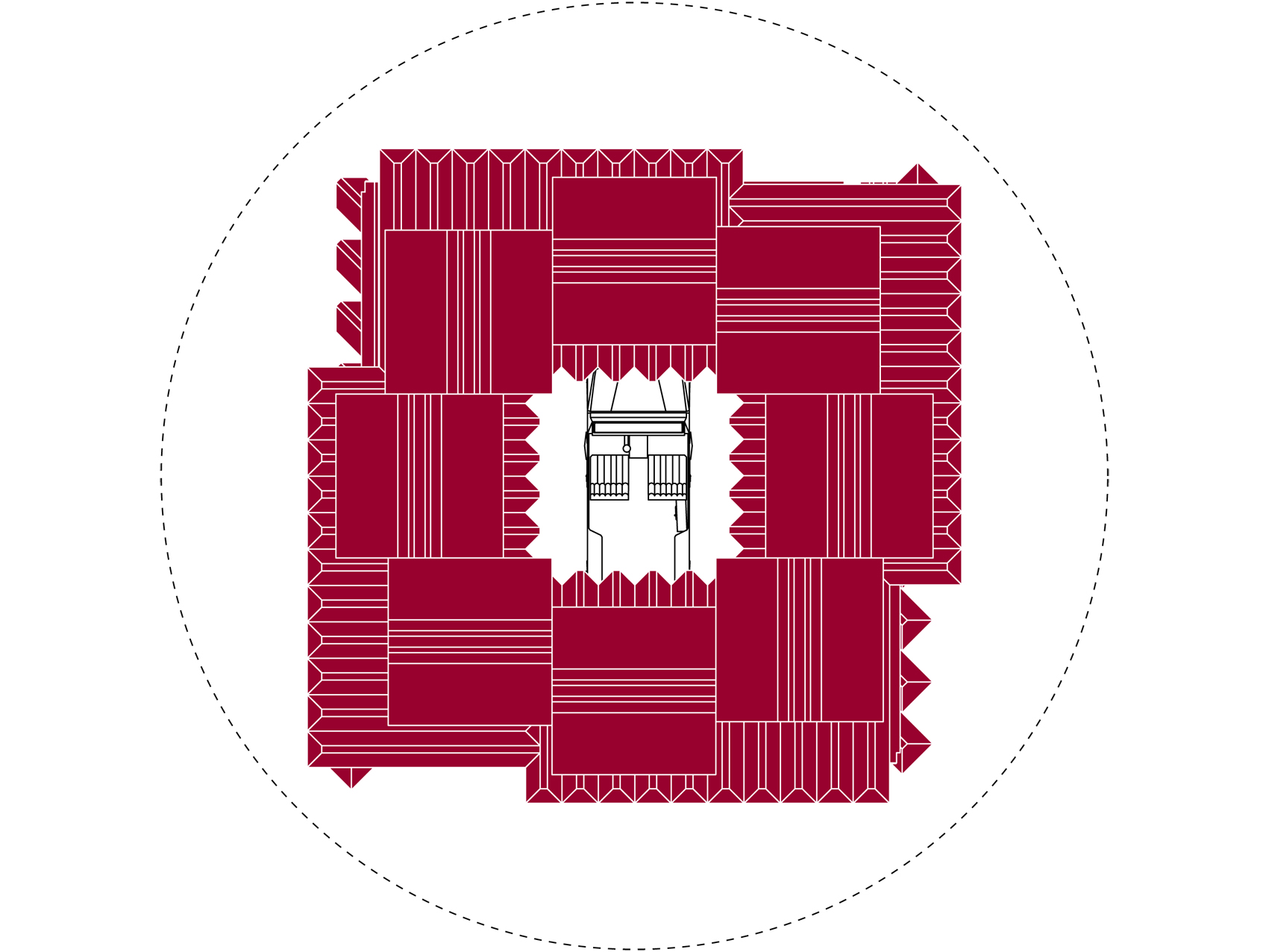 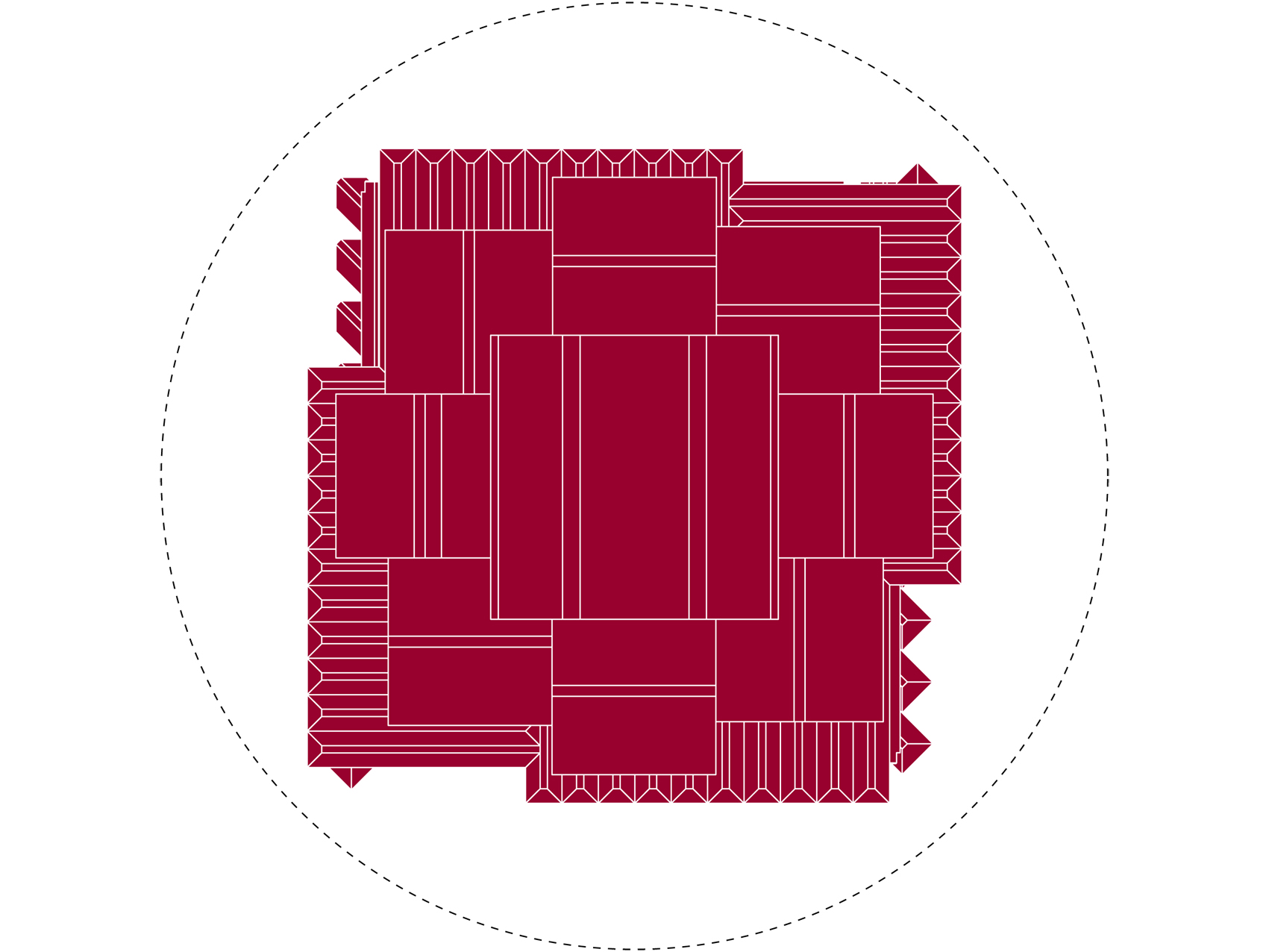 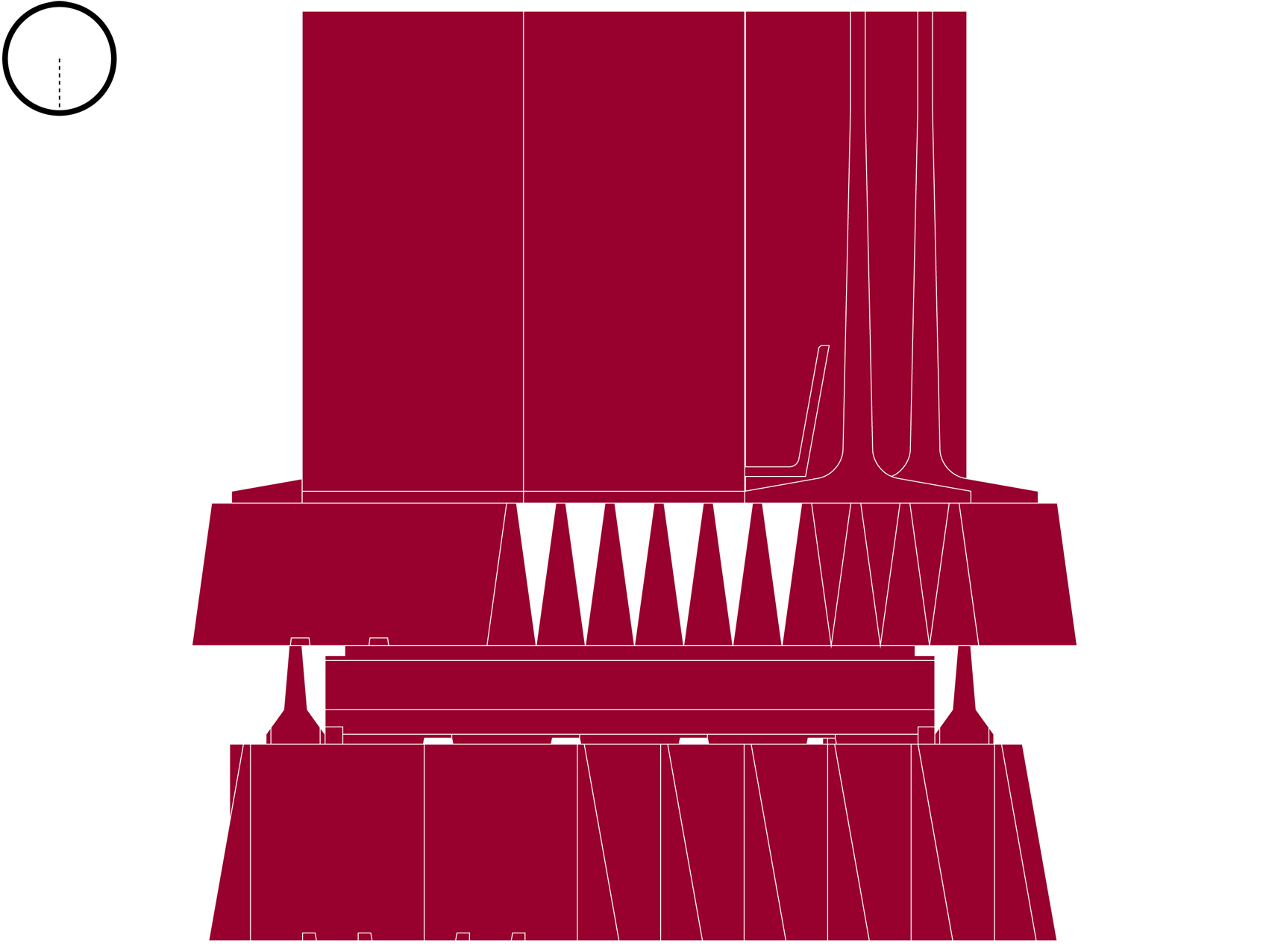 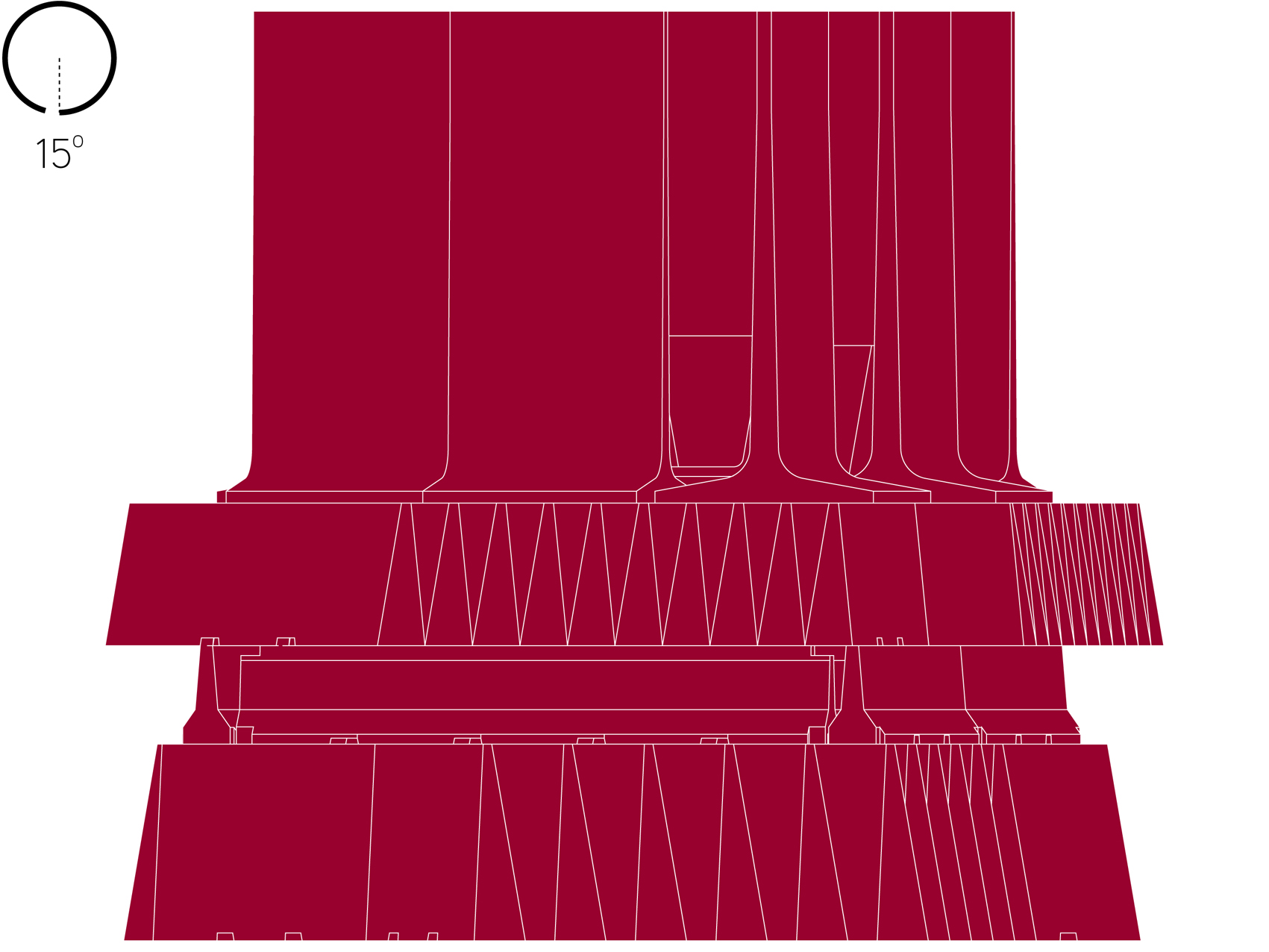 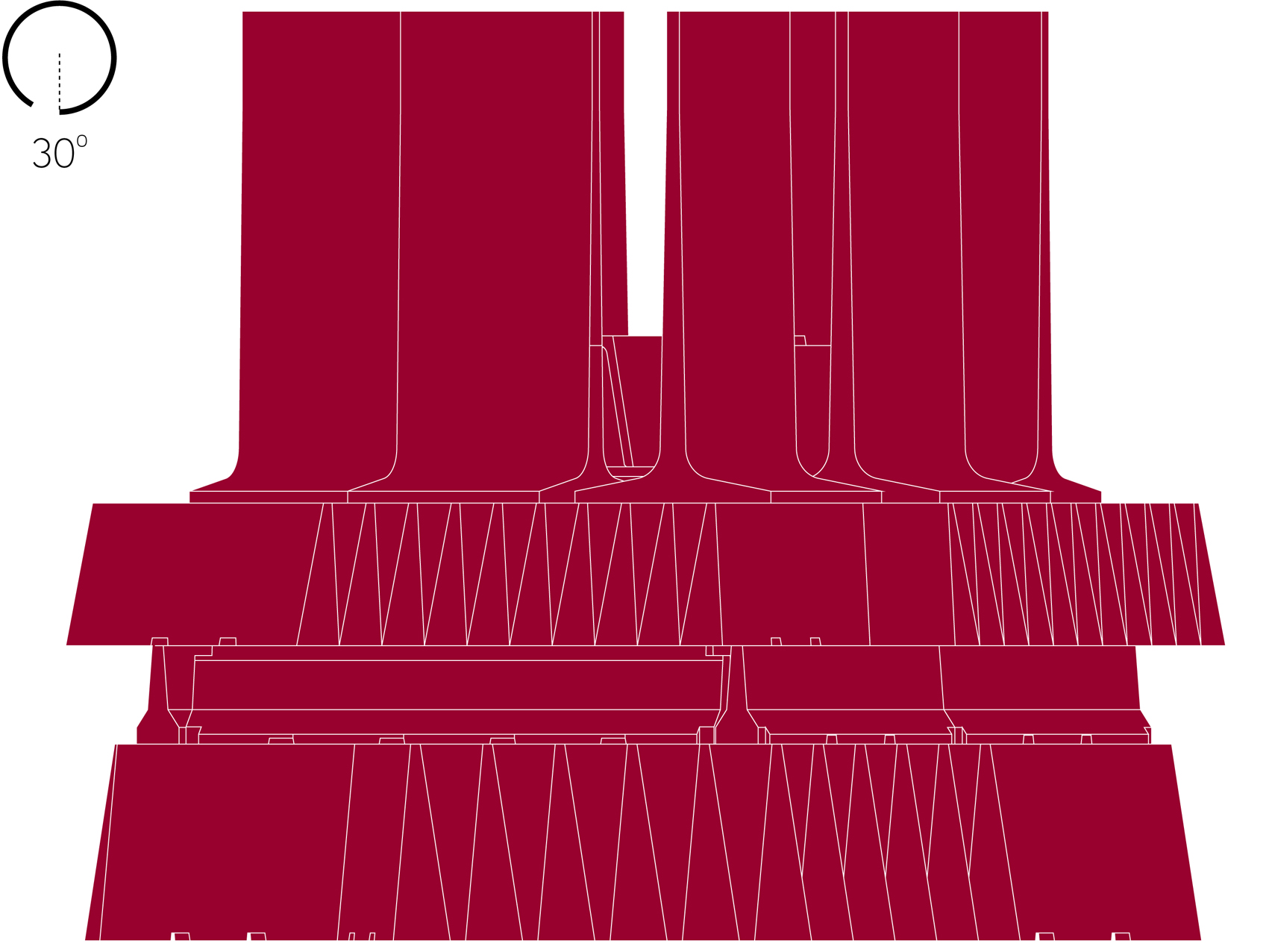 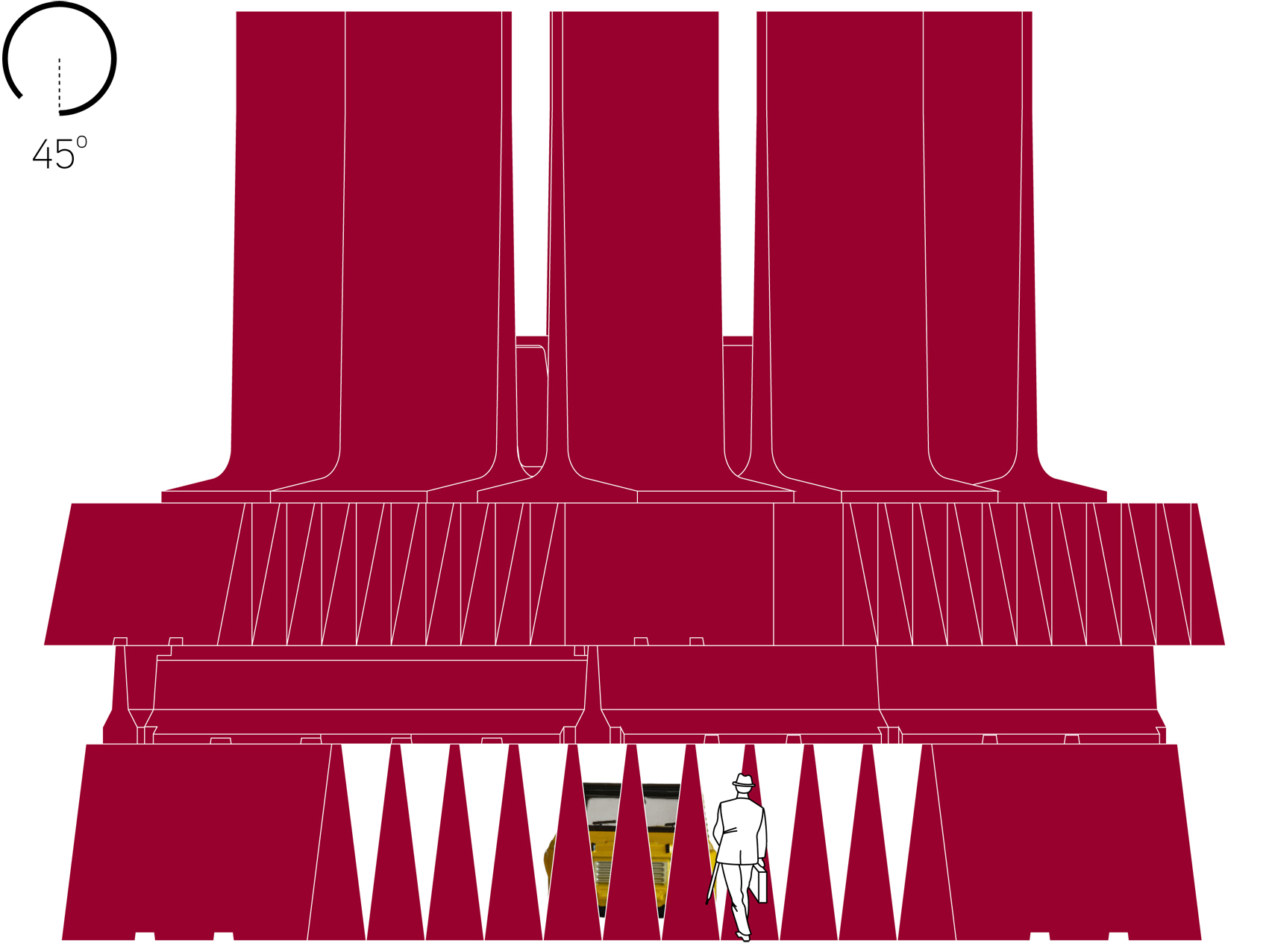 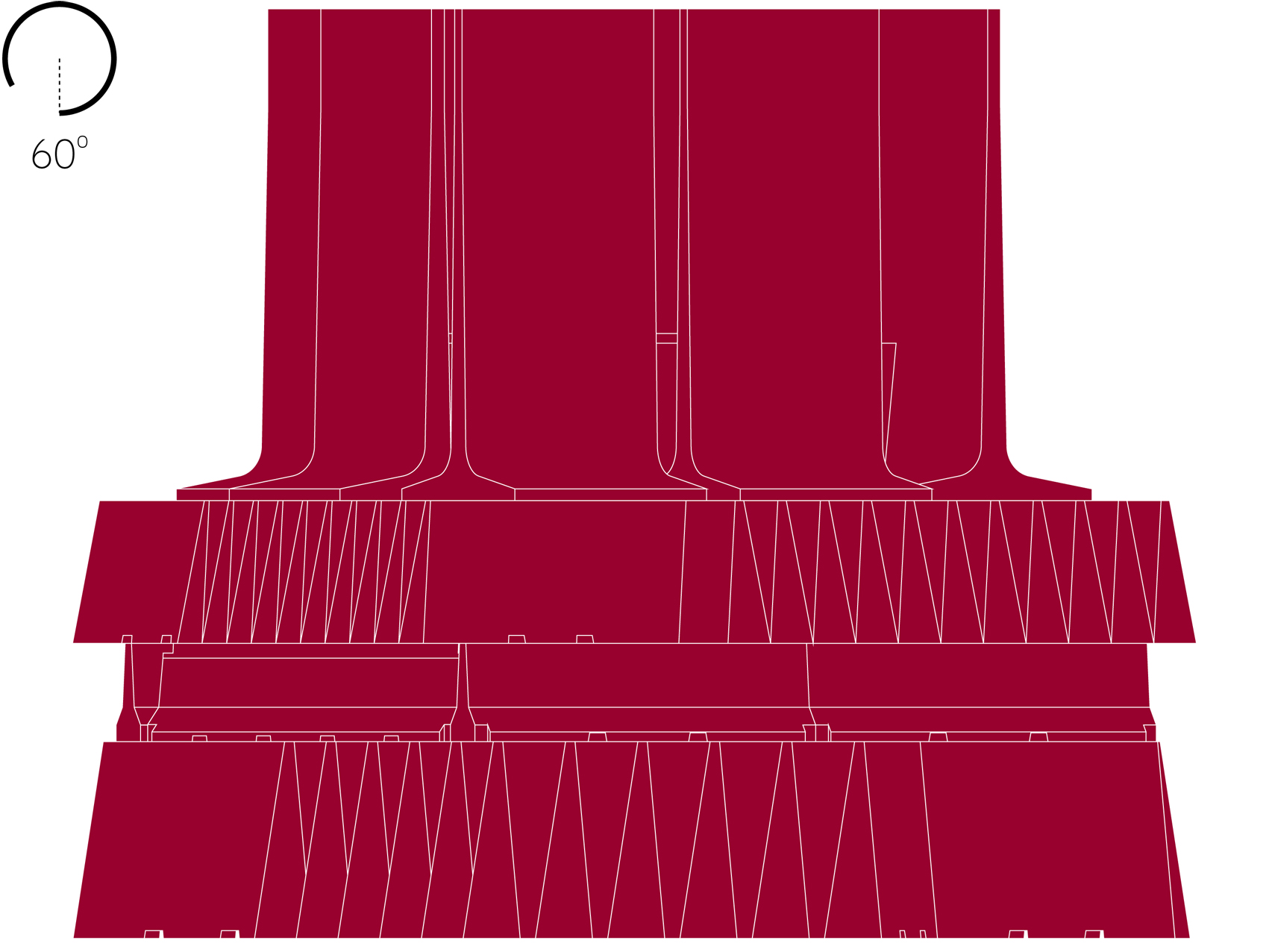 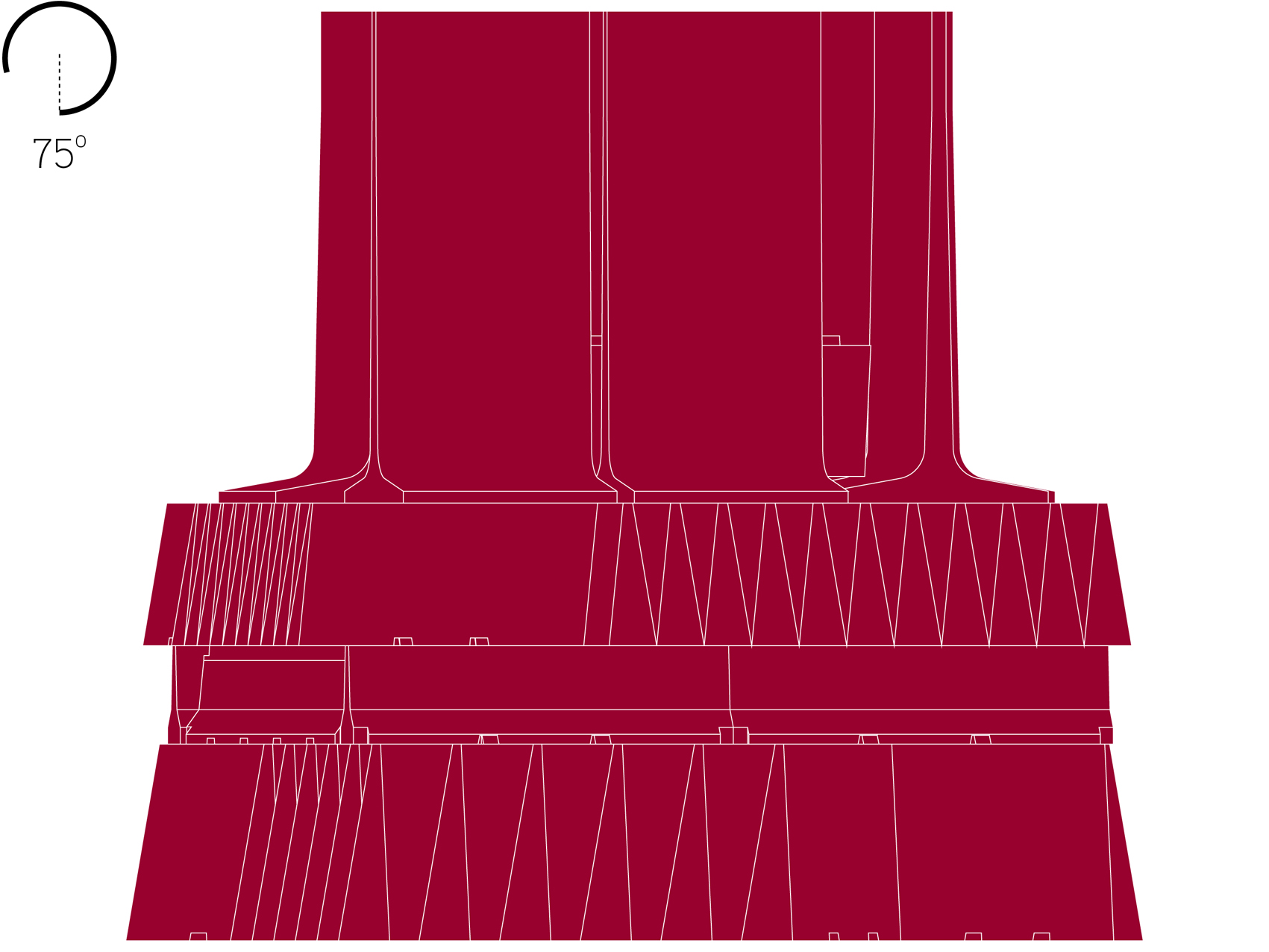 Building a stack means juxtapose some elements to create a set where the volume become weight through the force of gravity.
There are no rules or models for a correct realization of a stack that don’t have as a basic element its own weight and the downward direction.
Plus: a stack isn’t made with a binding agent; every component takes and gives the weight to another one, establishing the balance. The whole, aside its dimensions, is the cohesion of force and stability and its realization is measured by effort and precision.
This is the idea the project want to pursue: is not a beautiful plan for a ugly place, but the process that has to be done through the work of a city, is the outcome of the discipline.
Its simplicity is apathetic to beauty, it never grows old.
The stack is realized with 90 prefabricated elements, commonly used to create barriers and walls and collected in 5 levels of different matrix.
The orientation of those matrix depends only on the disposition of the first level, from which all the others rely, and together shape the empty center containing the Mehari.
The plot sometimes allows the penetration of glances, often the entrance of light in particular hours of the day, but never the physical contact.
It’s a shell that protects and reveals and it’s made in concrete, the same material with which all that portion of the city has enriched and disrespected itself as Siani denounced in his too brief career as journalist.