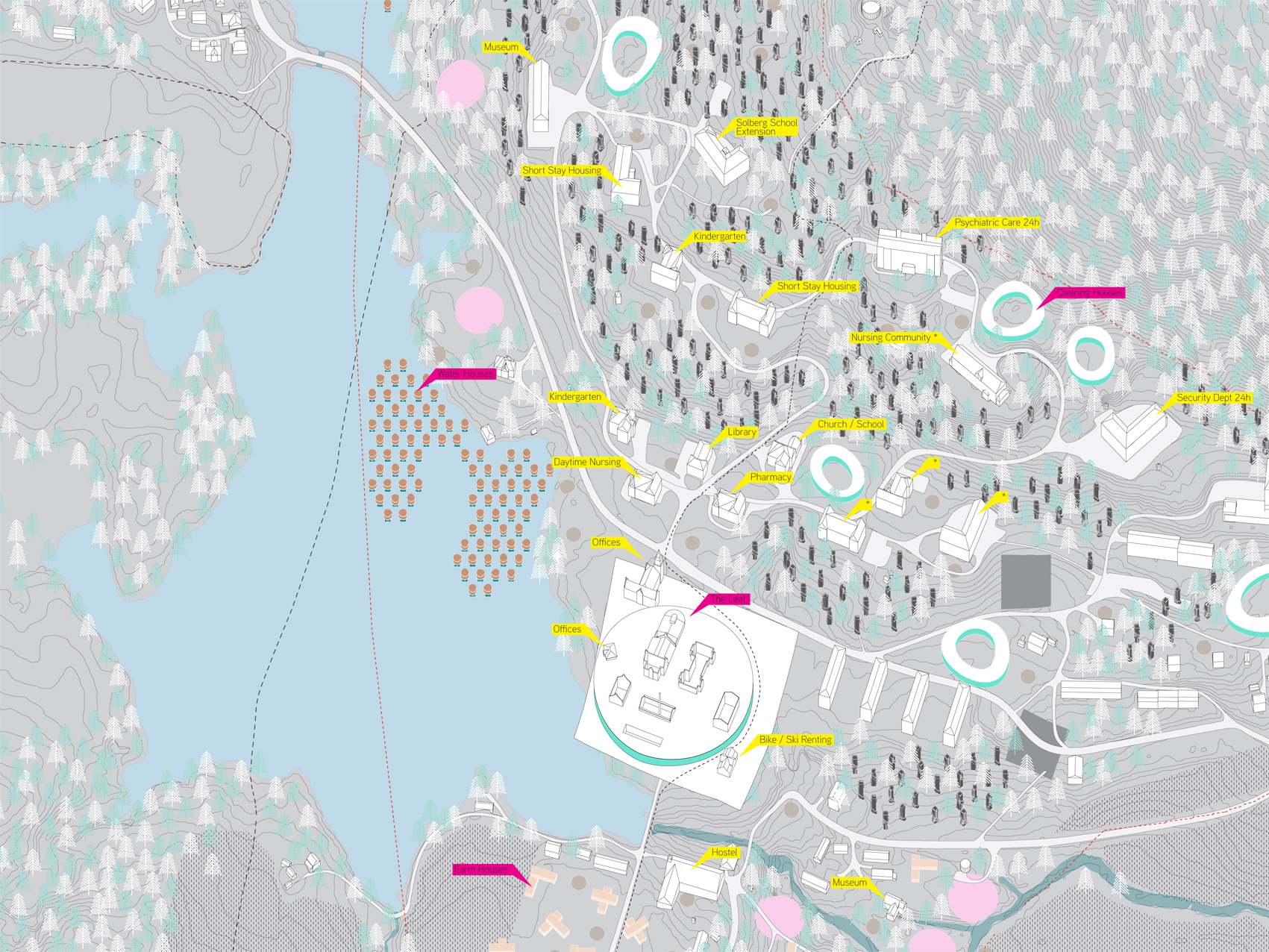 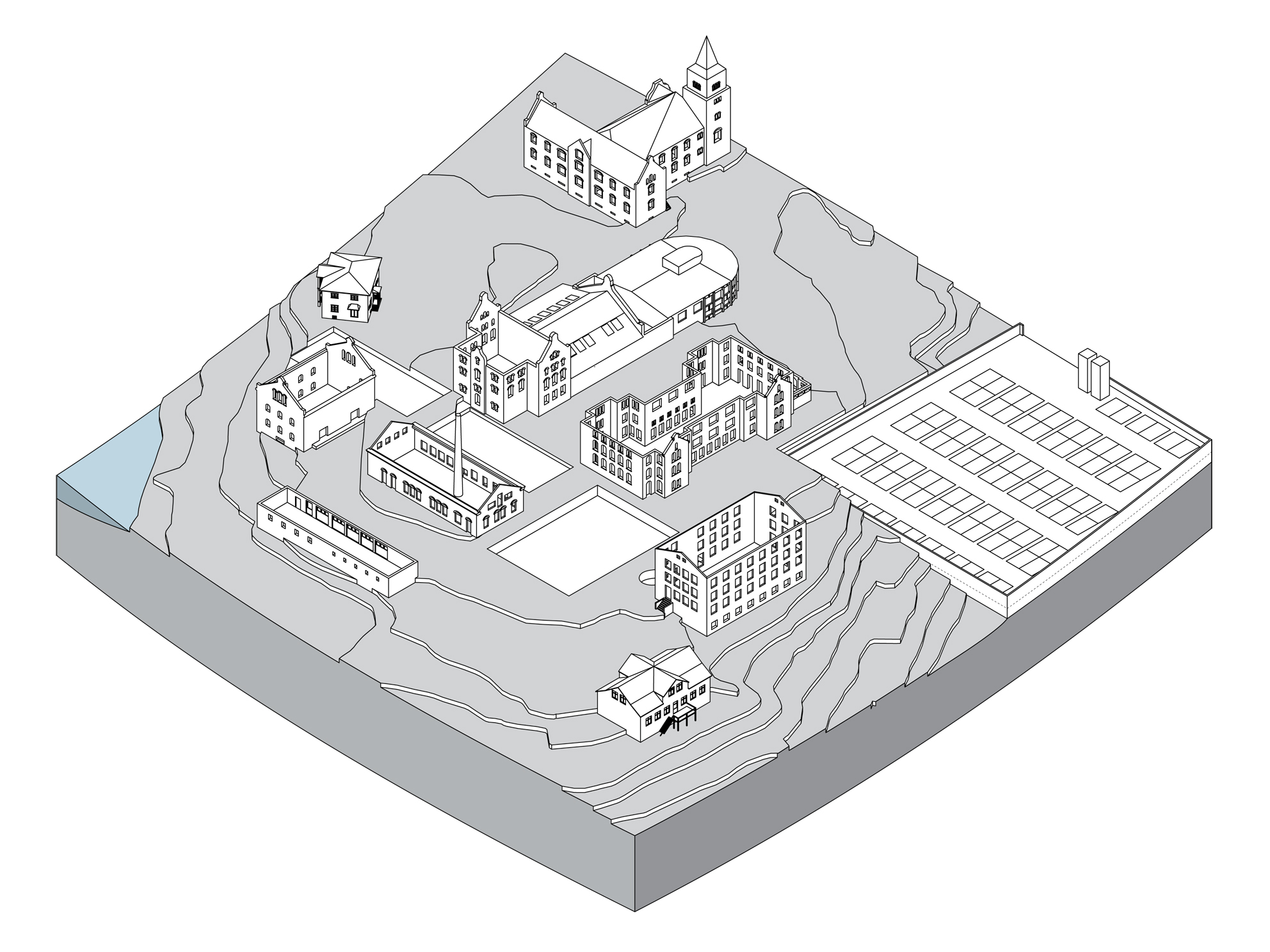 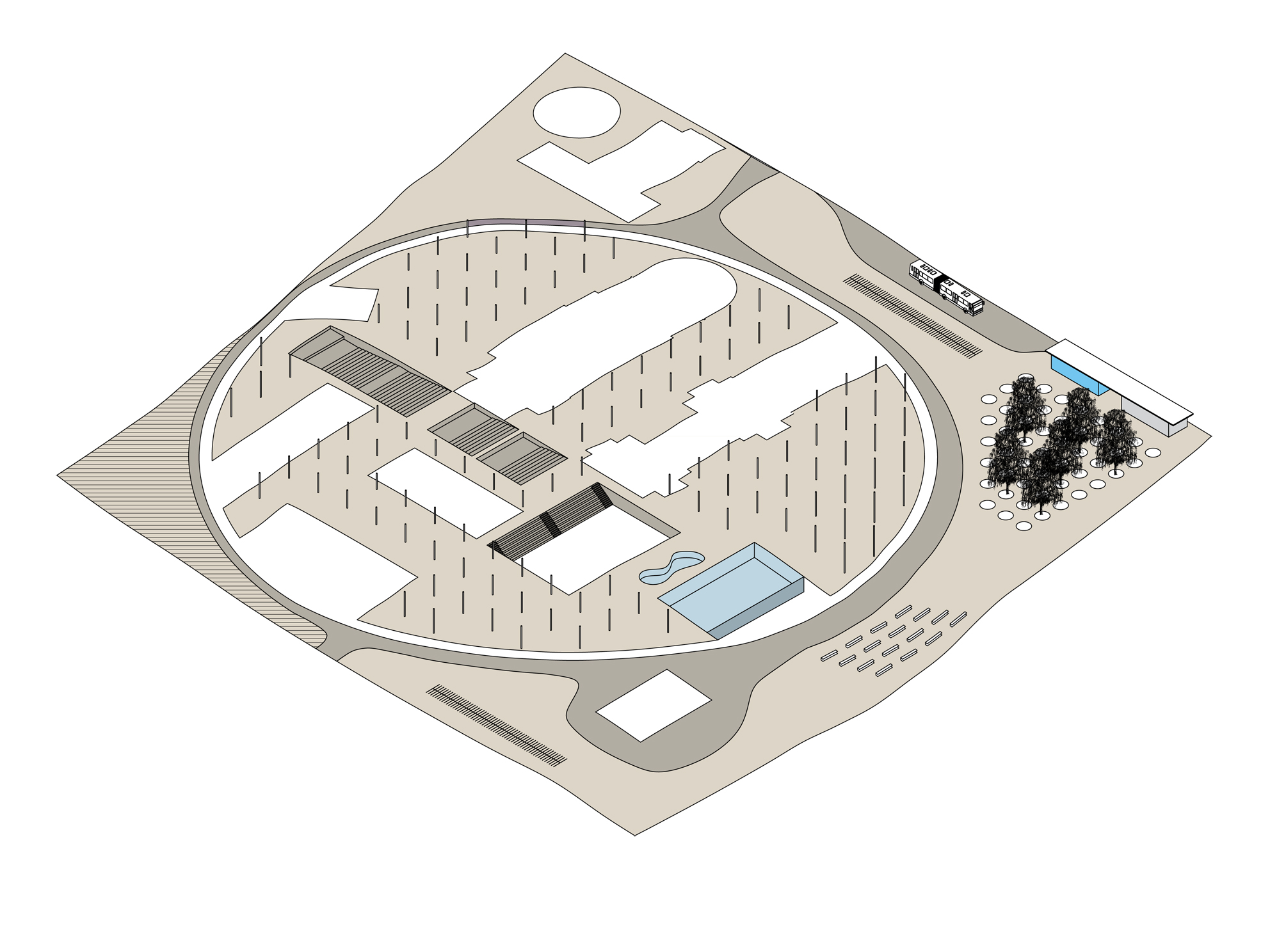 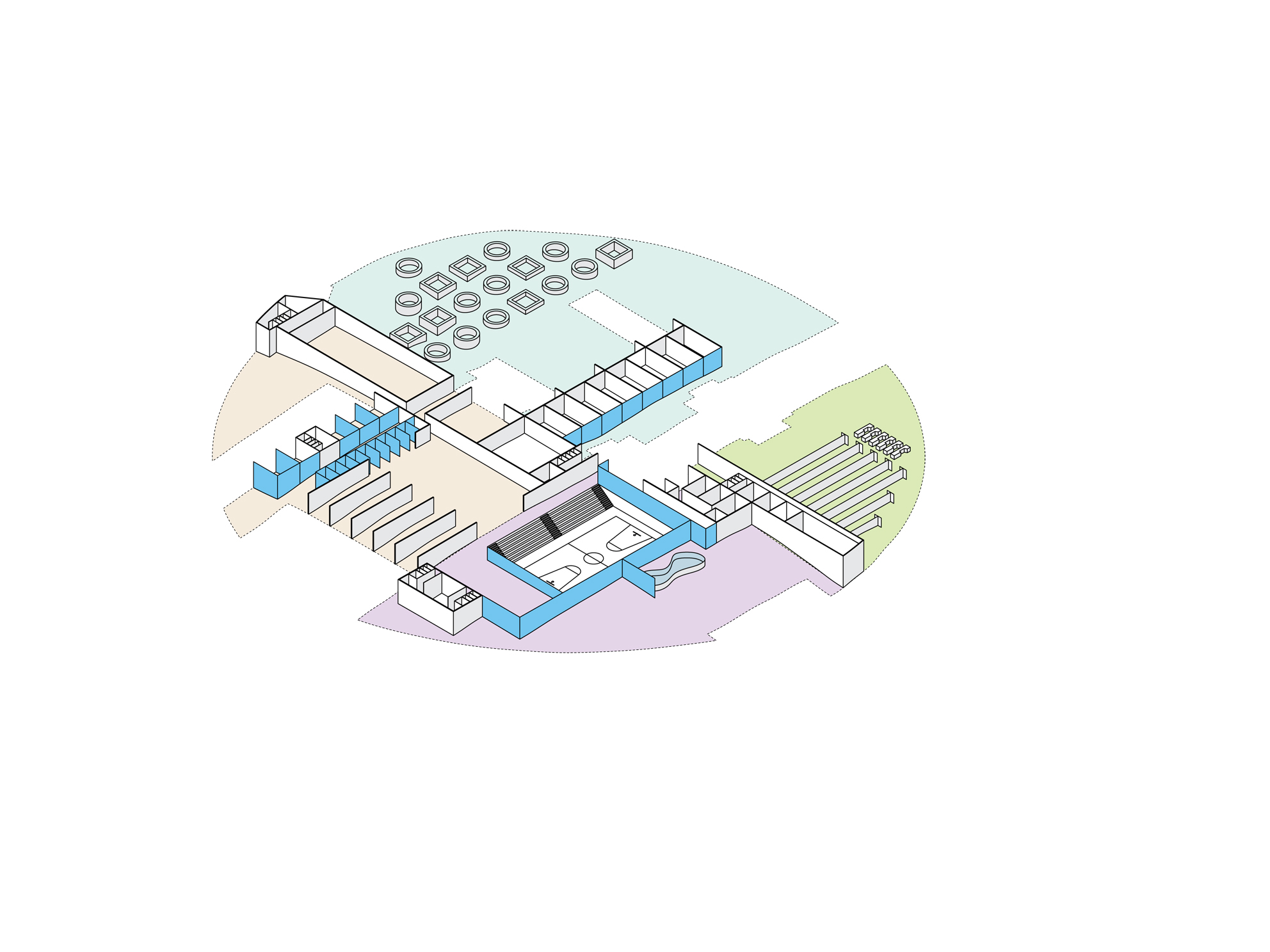 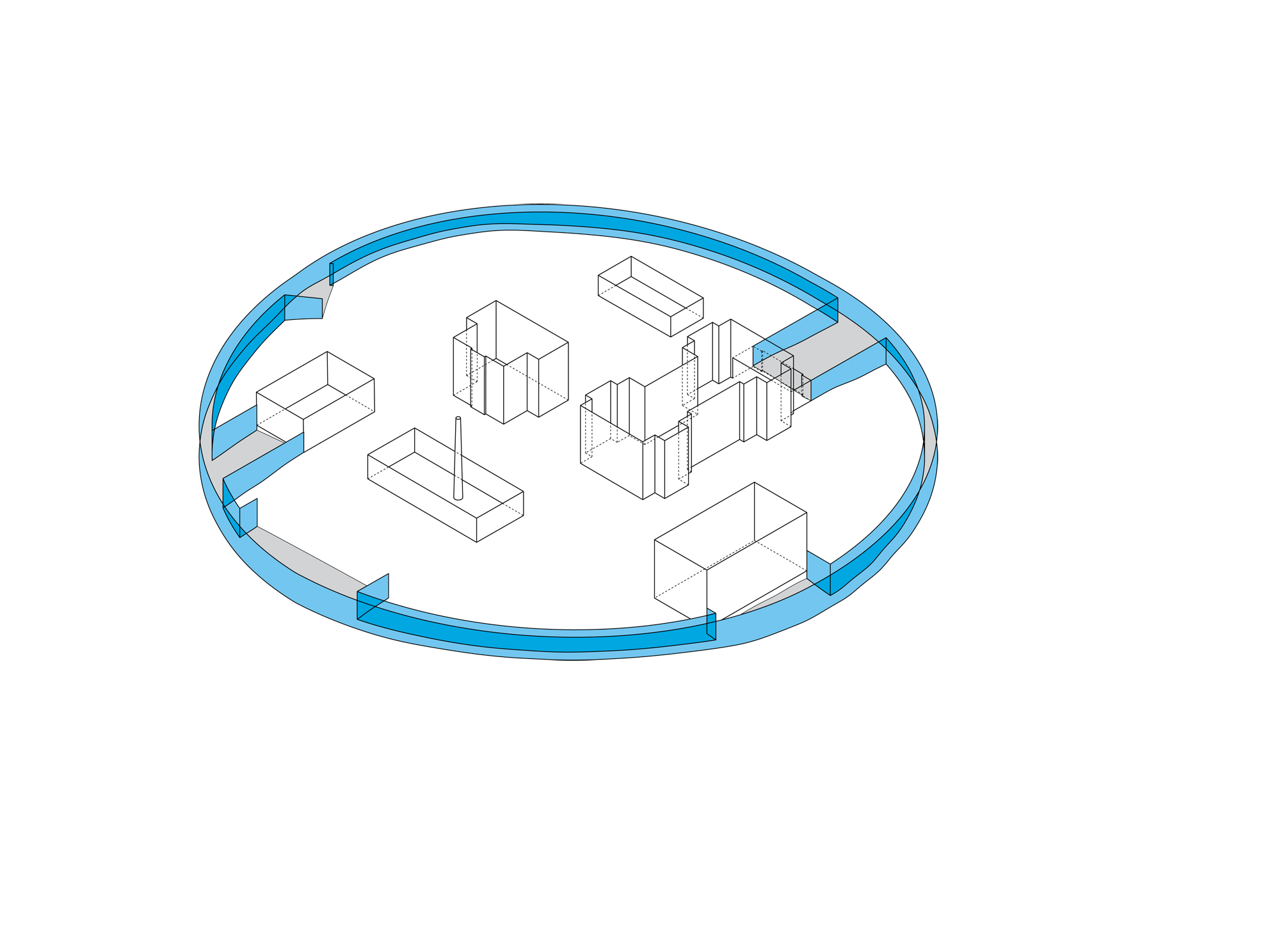 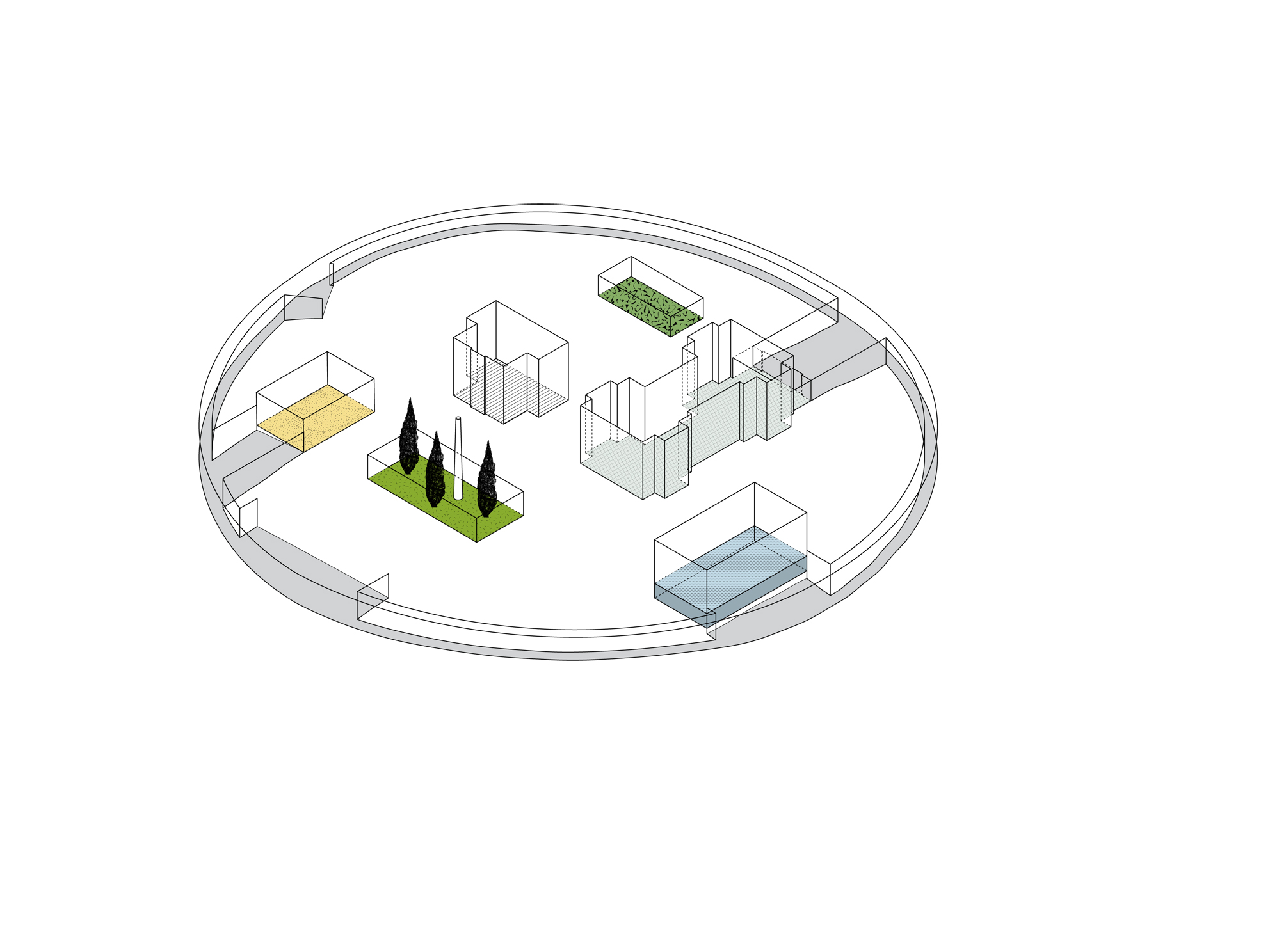 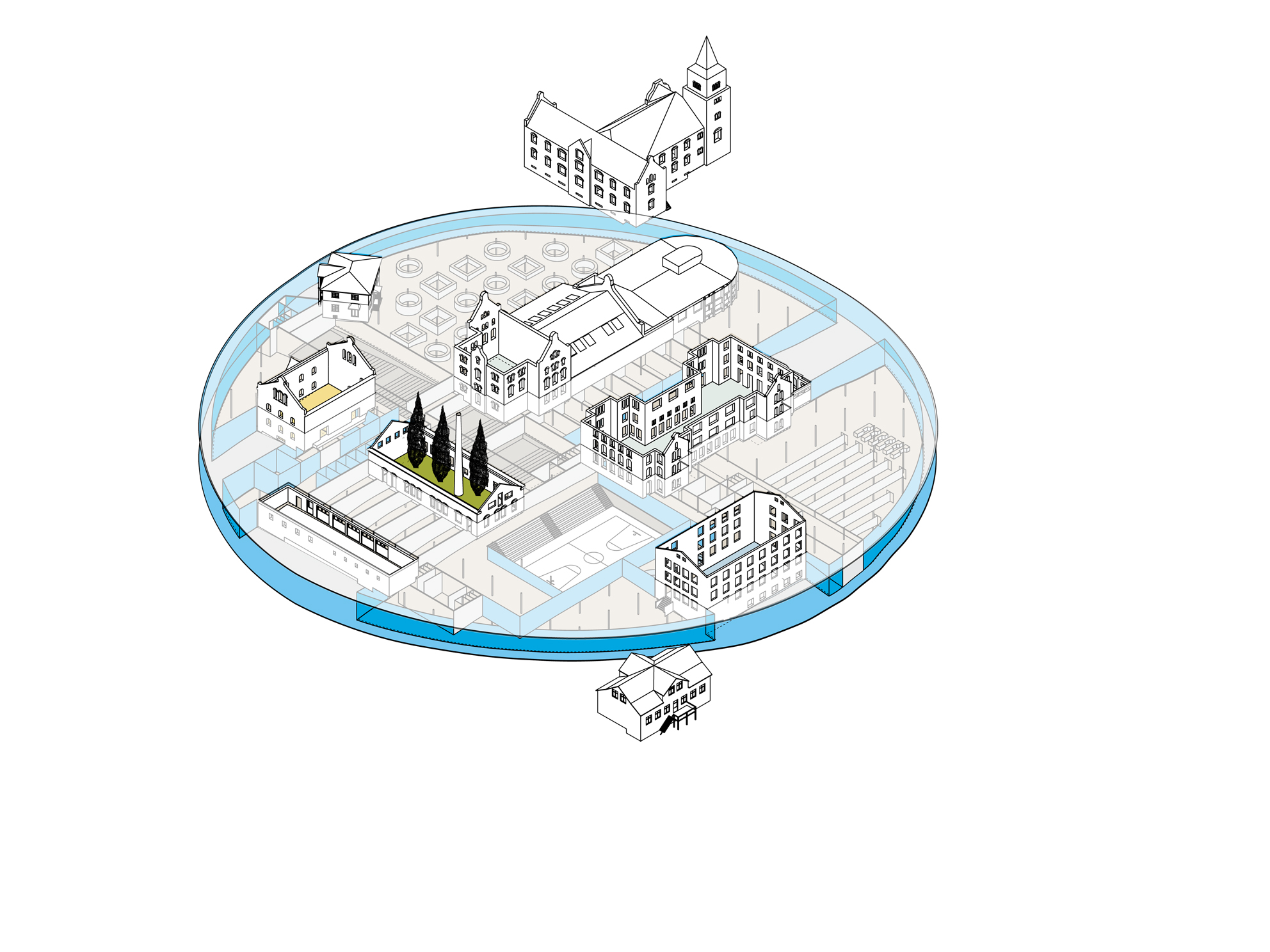 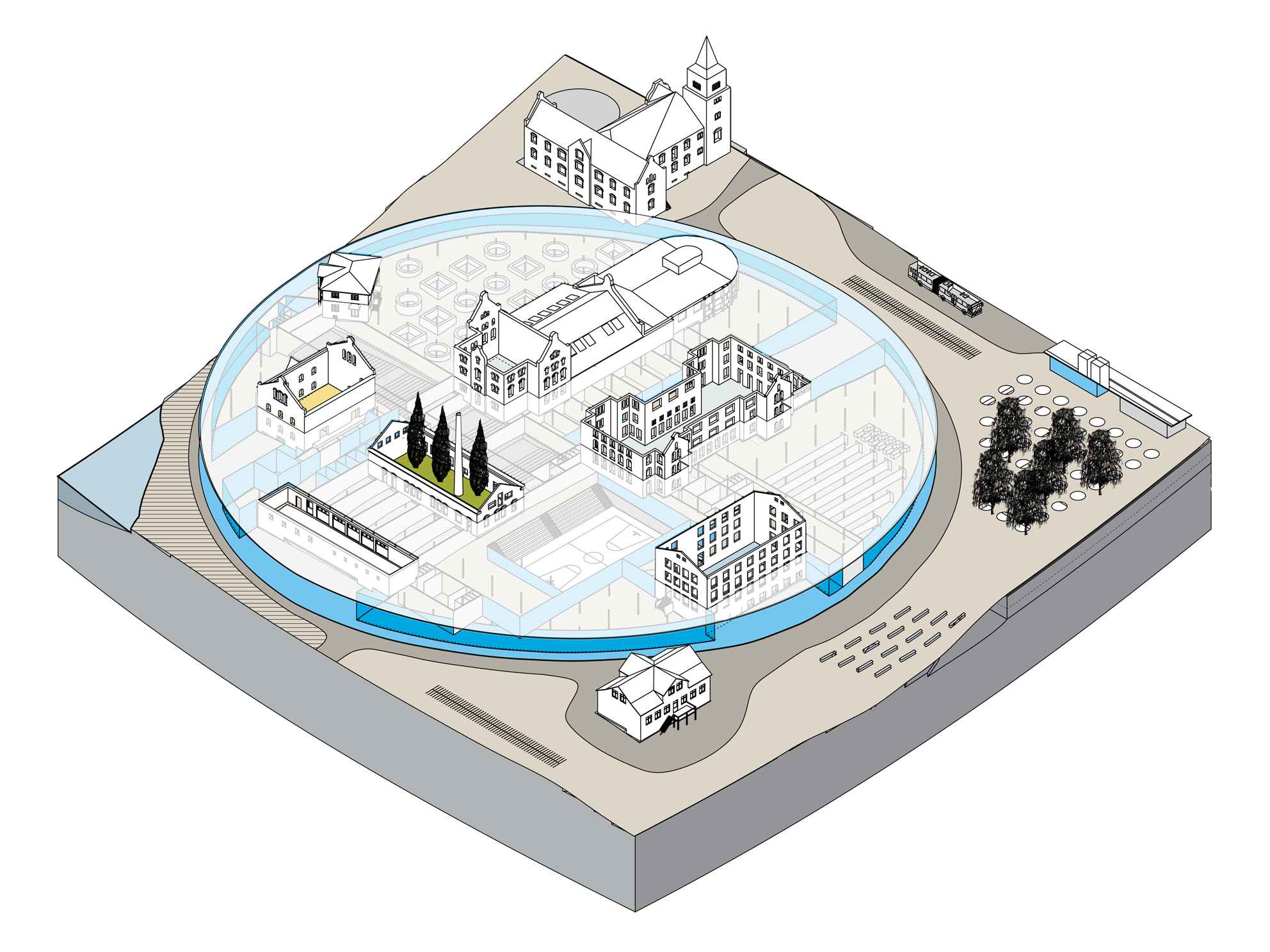 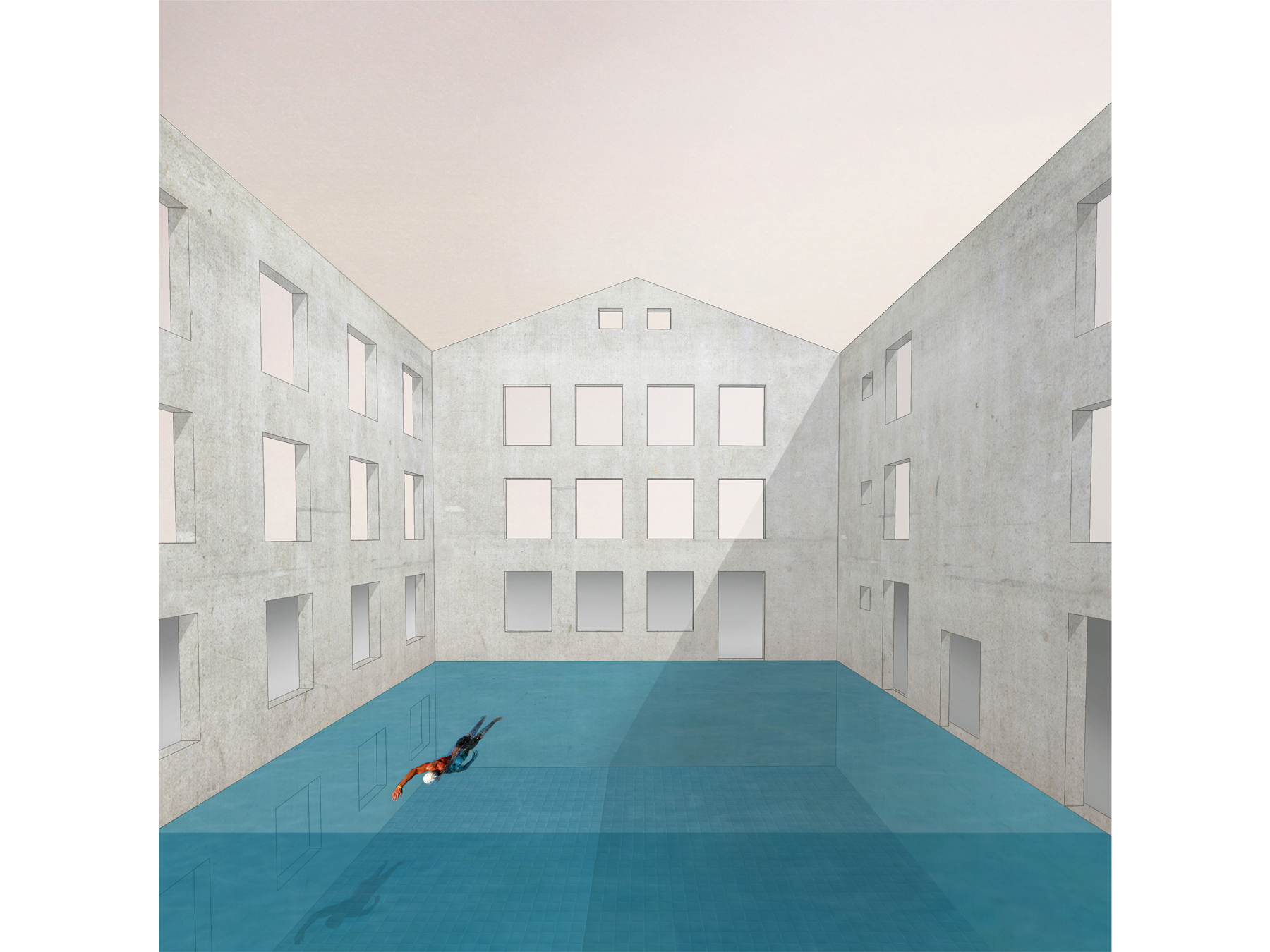 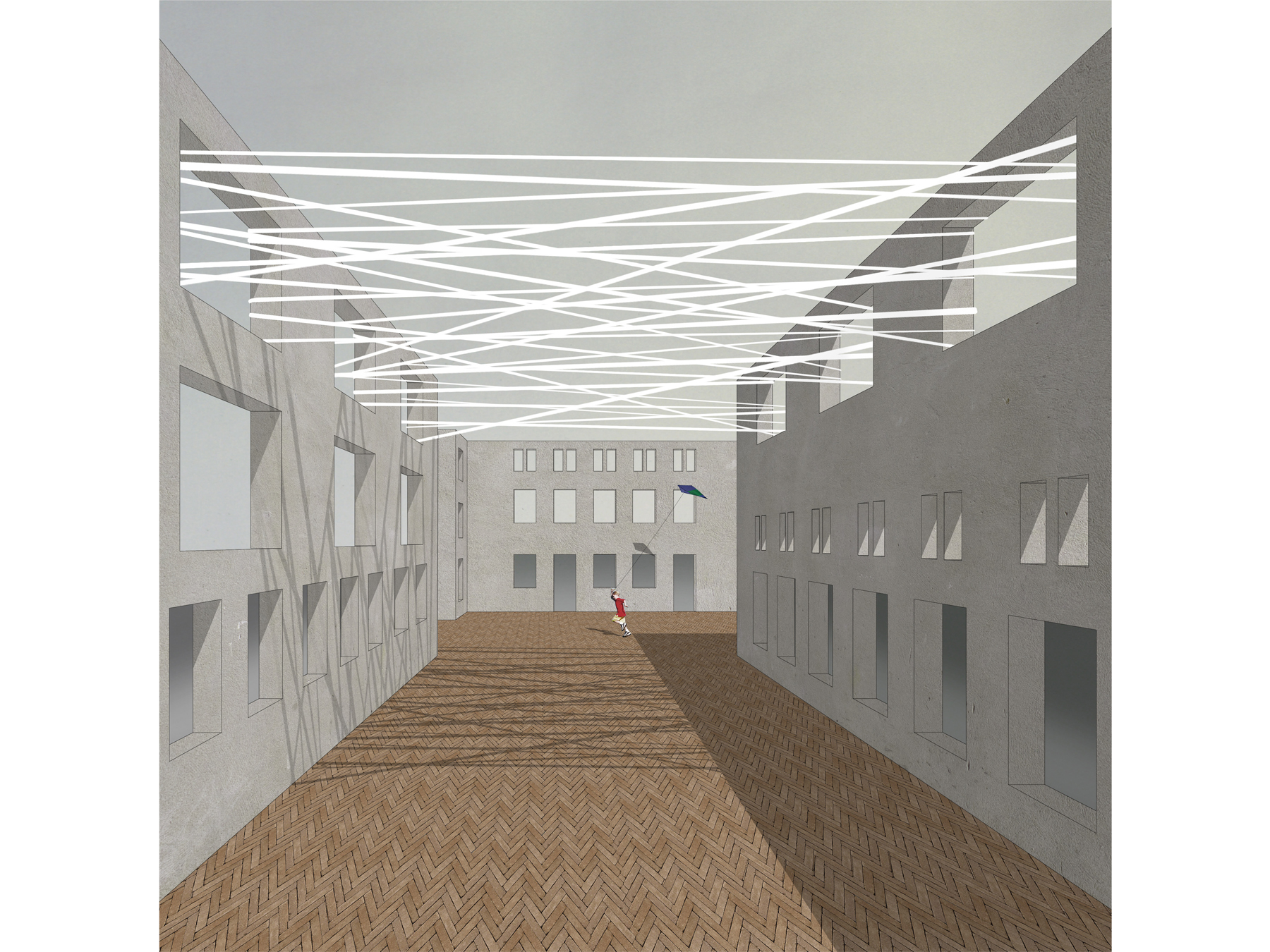 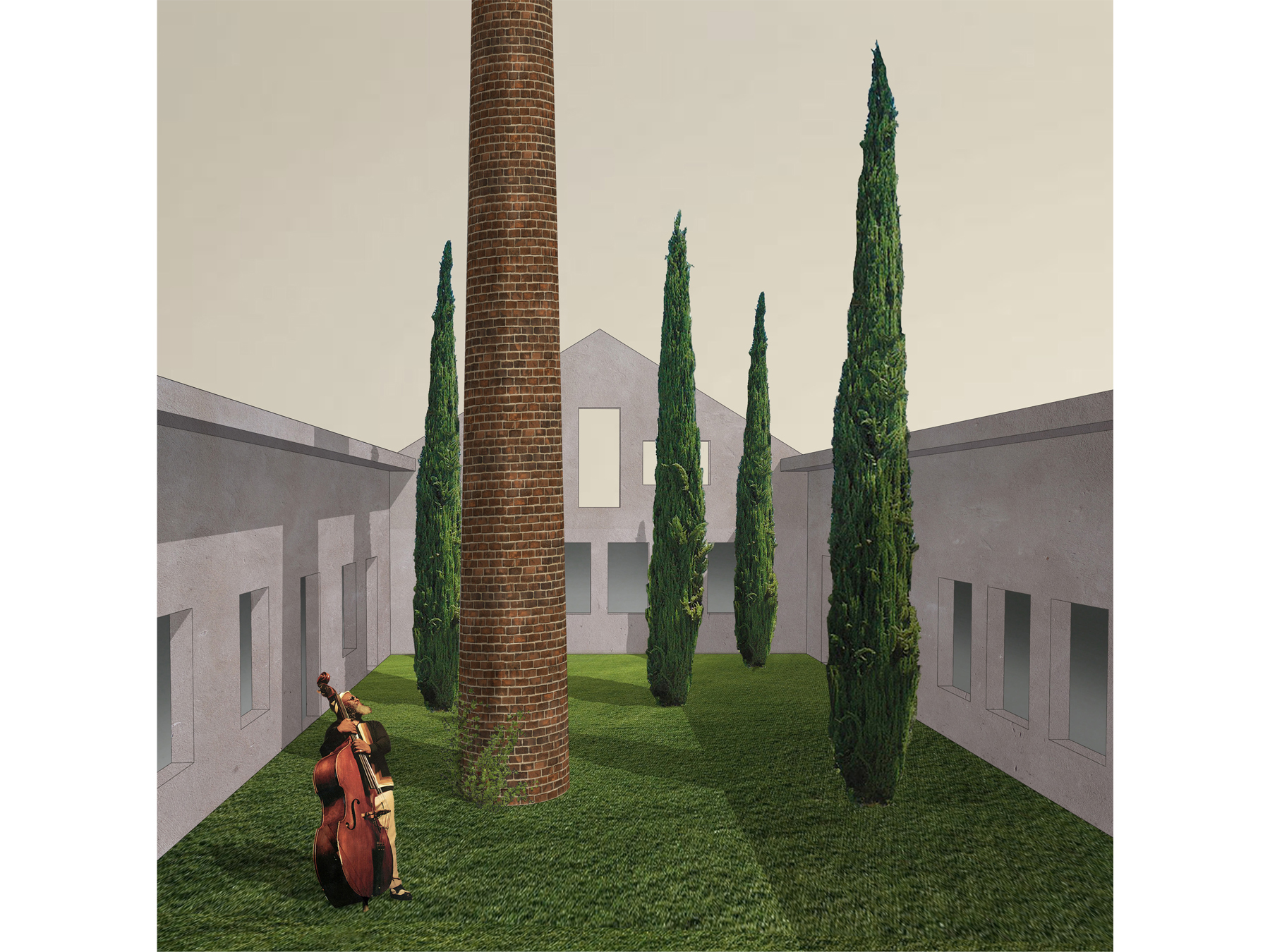 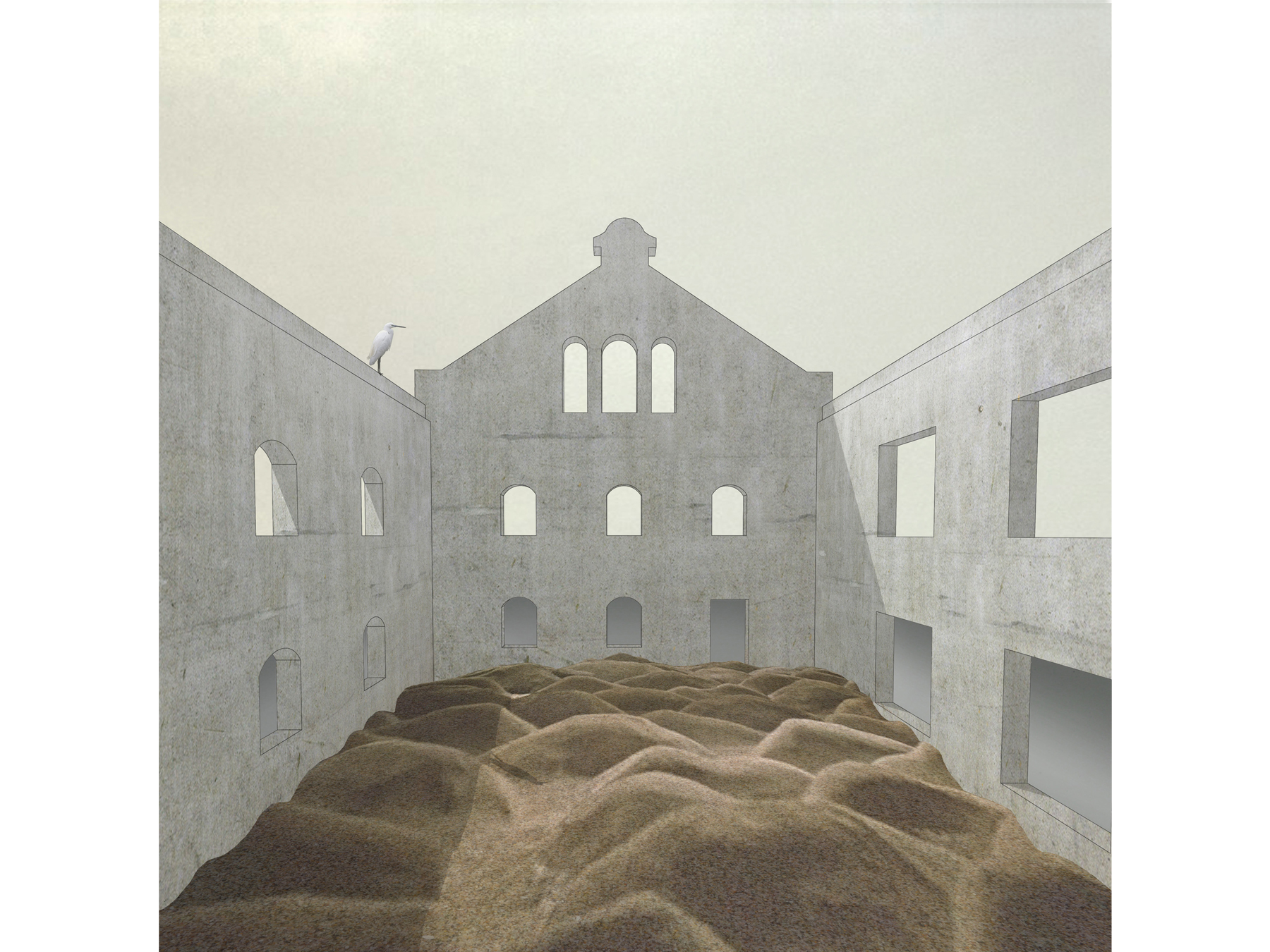 Asker’s environment is made of four different ecologies that coexists in a surface of 101 square kilometers: the forest, the clearing, the water and the cultivated land.
Dikemark, is one of the four main centres of the city and has the great value in containing all these ambients.

The Leaf’s overall plan answers to the requested development achieving a sustainable capacity that could be stood by this natural ambient. This is exhistimated in about tripling the actual quantity of inhabitants, with quite 2400 new dwellings. In total 200.000 square meters, considering a 35% of renovation of existing buildings and 15% of mixed use building in the central area.

Four typologies. Defining for each ecologies an housing typos in order to have mixed communities made of different kind of people. The tree houses spread into the forest, the floating water houses connecting with some piers to the coast, the clearing houses that could be considered as row houses that defined a quiet common courtyard reproducing the nature of the clearing itself, and the farm houses that is a self-sustained settlements that will use the cultivated land of the sorrounding.

The nucleus is a dense packing of programmes built around the existing buildings considering them as a frames obtained after a process of emptying with the demolition of the roof and all the interiors but leaving the facades defining some rooms.
It is divided into three main parts: the diaphragm, the rooms of memory and the four programmatic fields.

The diaphragm is a membrane that follow the rounded shape of the building and even the morphology of the site. A path that as a device connect all the parts of the building without hierarchy. A 360 panorama on the surrounding, that connects physically and optically the inside and the outside of the building. A filter, a buffer room between the warm and cold temperature able to regulate as the cell membrane the climate but also the entrance to the four programmatic fields.

The programmatic fields define different areas inside the building that together build a mixed use building: a commercial area, a social area, a cultural and a sport and leisure one. All of them are densely packed into the nucleus all around the existing buildings.

The rooms of memory are what remains of the existing buildings, the aim is to deal with the big heritage of these buildings in which for ages many people were closed in. Do exactly the opposite is the imperative, open the facades totally, freely them from the windows and the doors, make possible to whoever and whatever of circulating from inside to the outside. Understanding finally the dimension of these monumental buildings looking them from the inside, building new unforeseen landscapes to evoke the memory of unknow ceremonies.