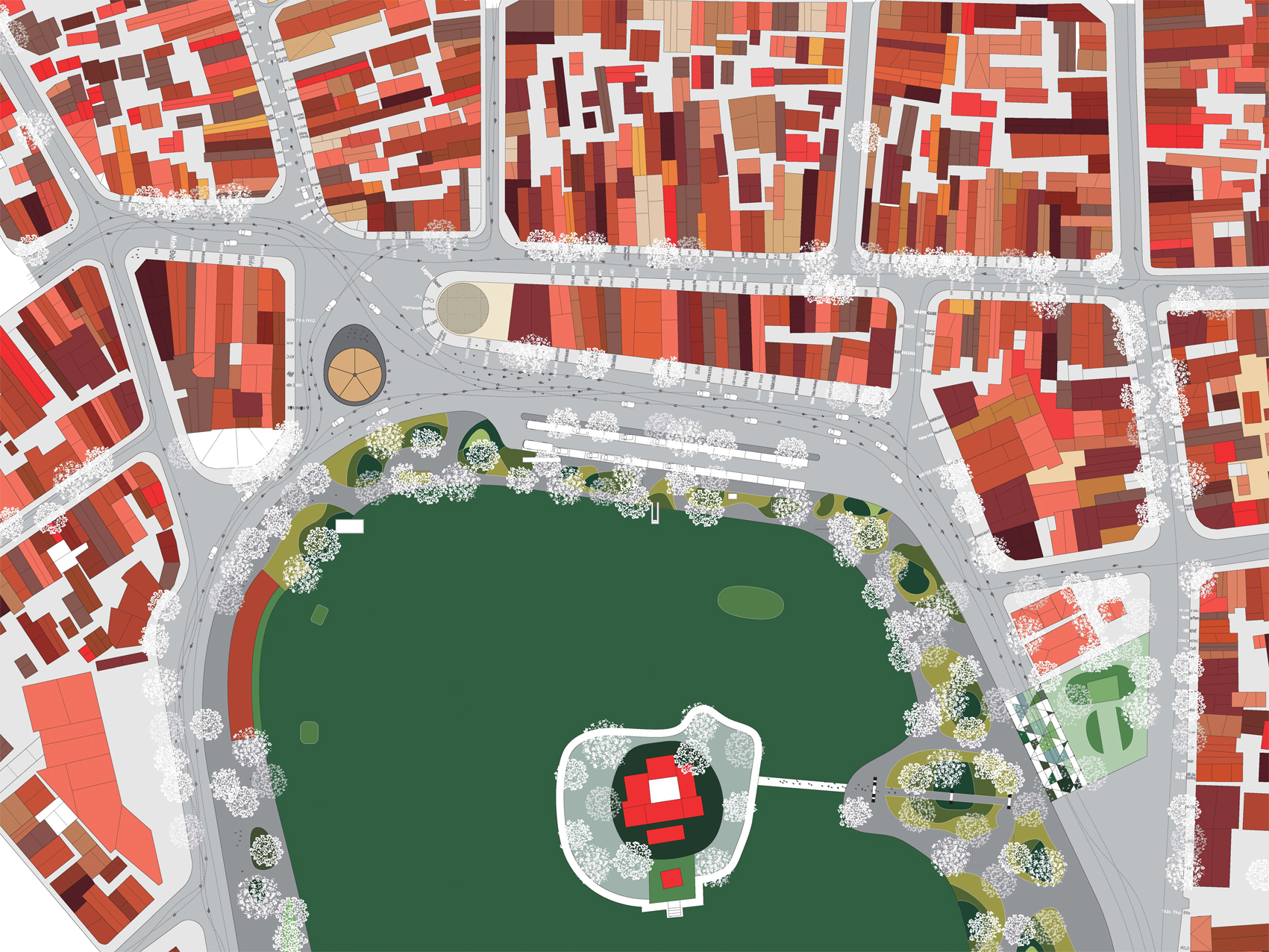 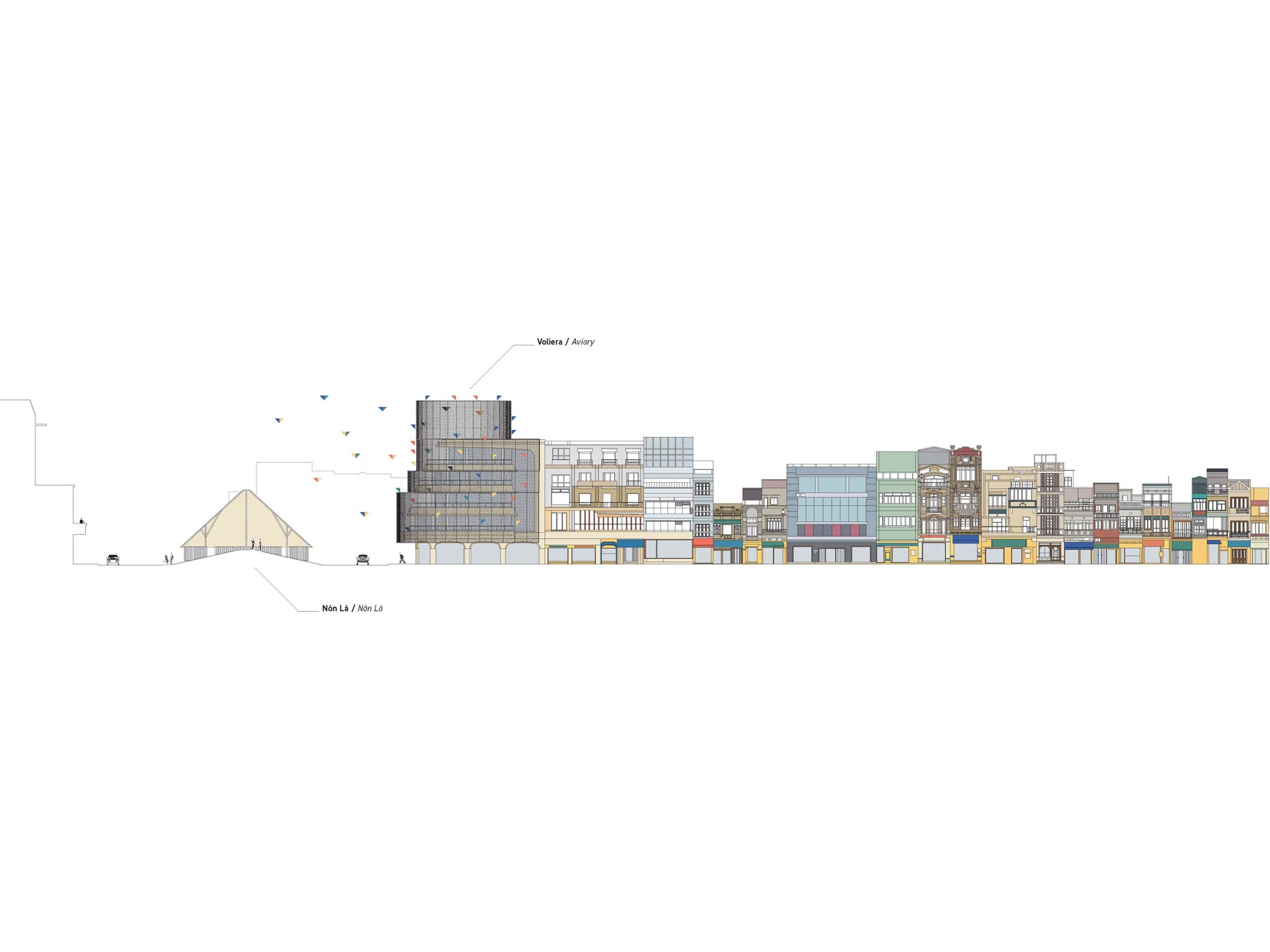 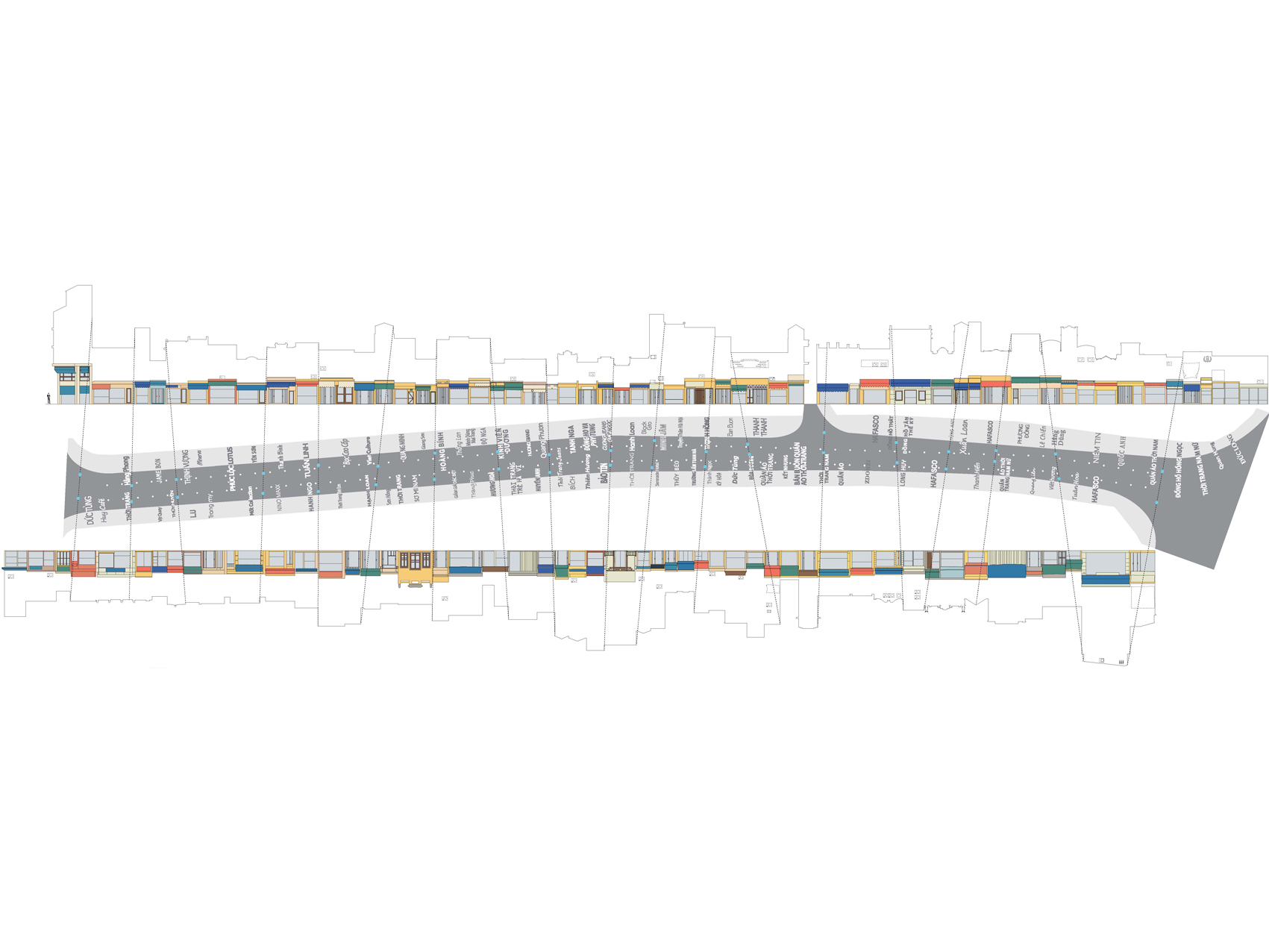 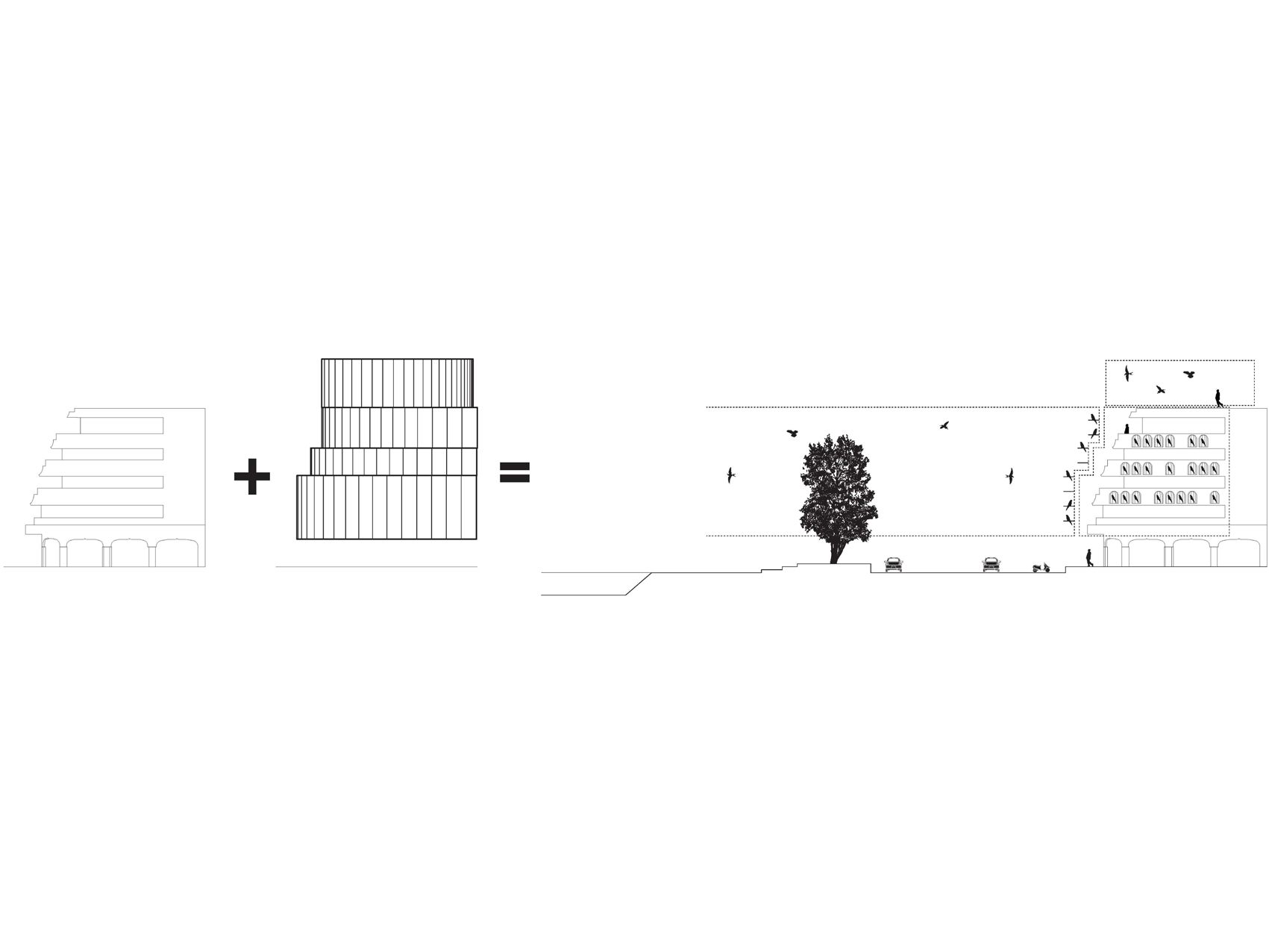 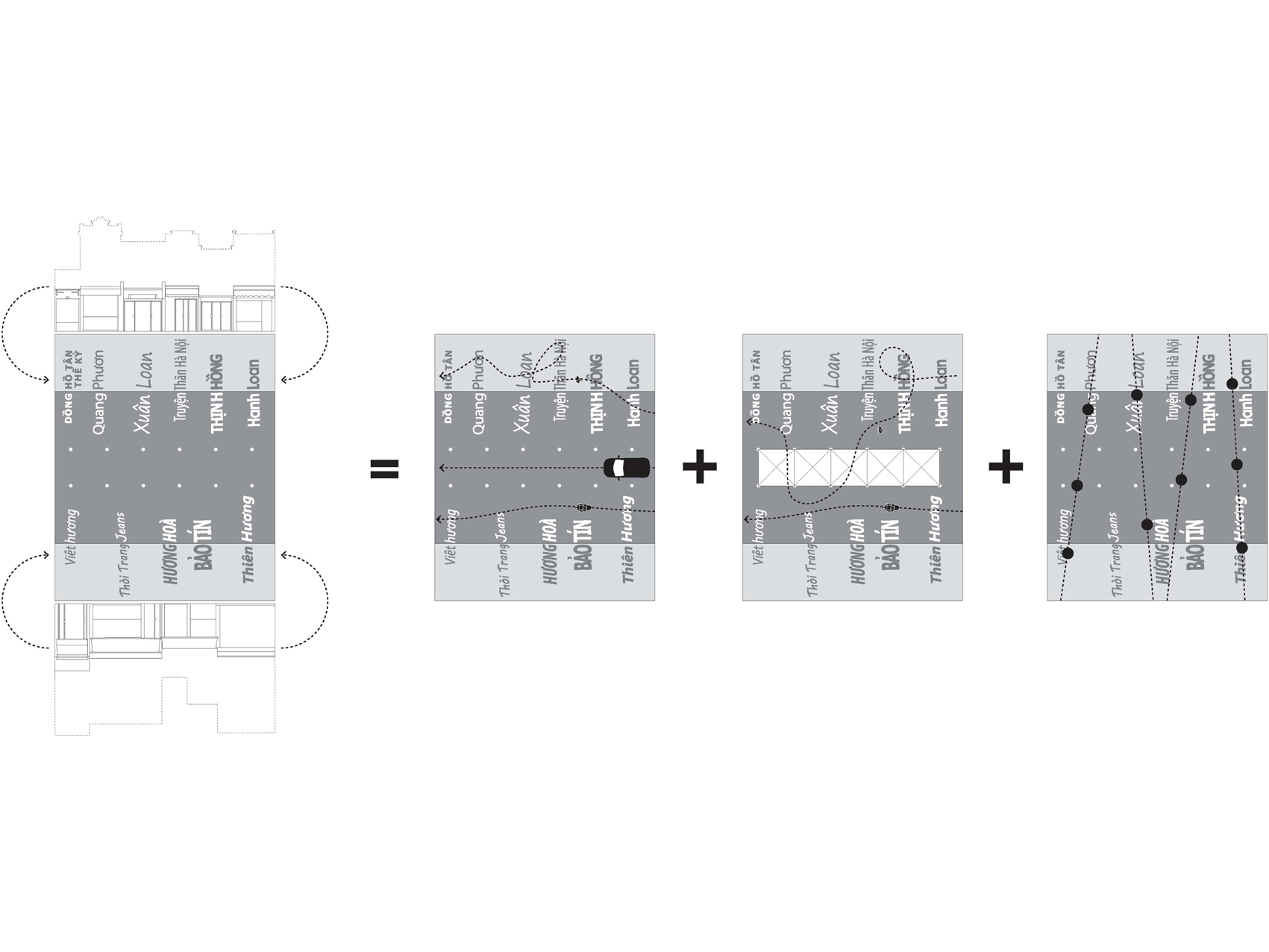 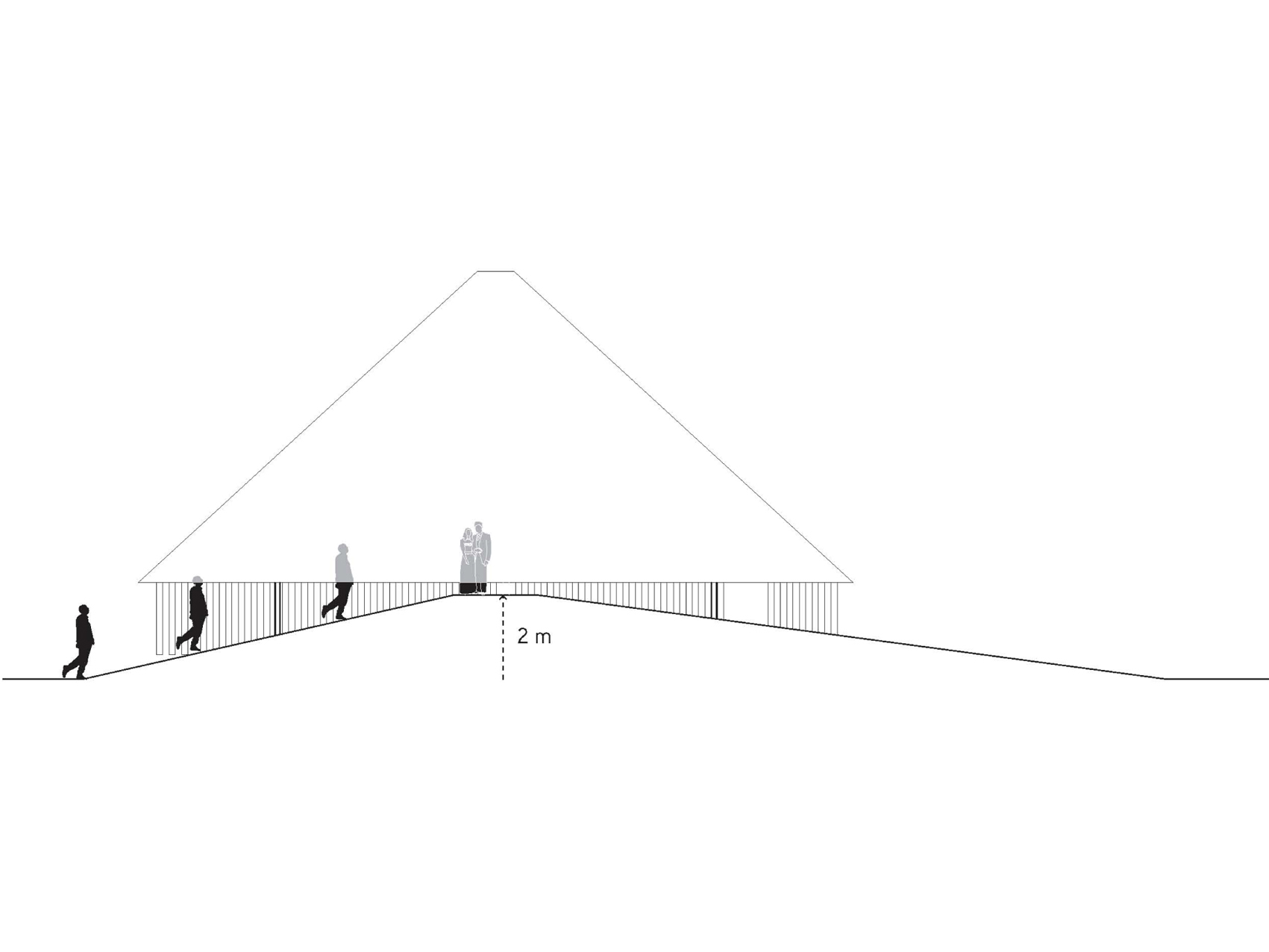 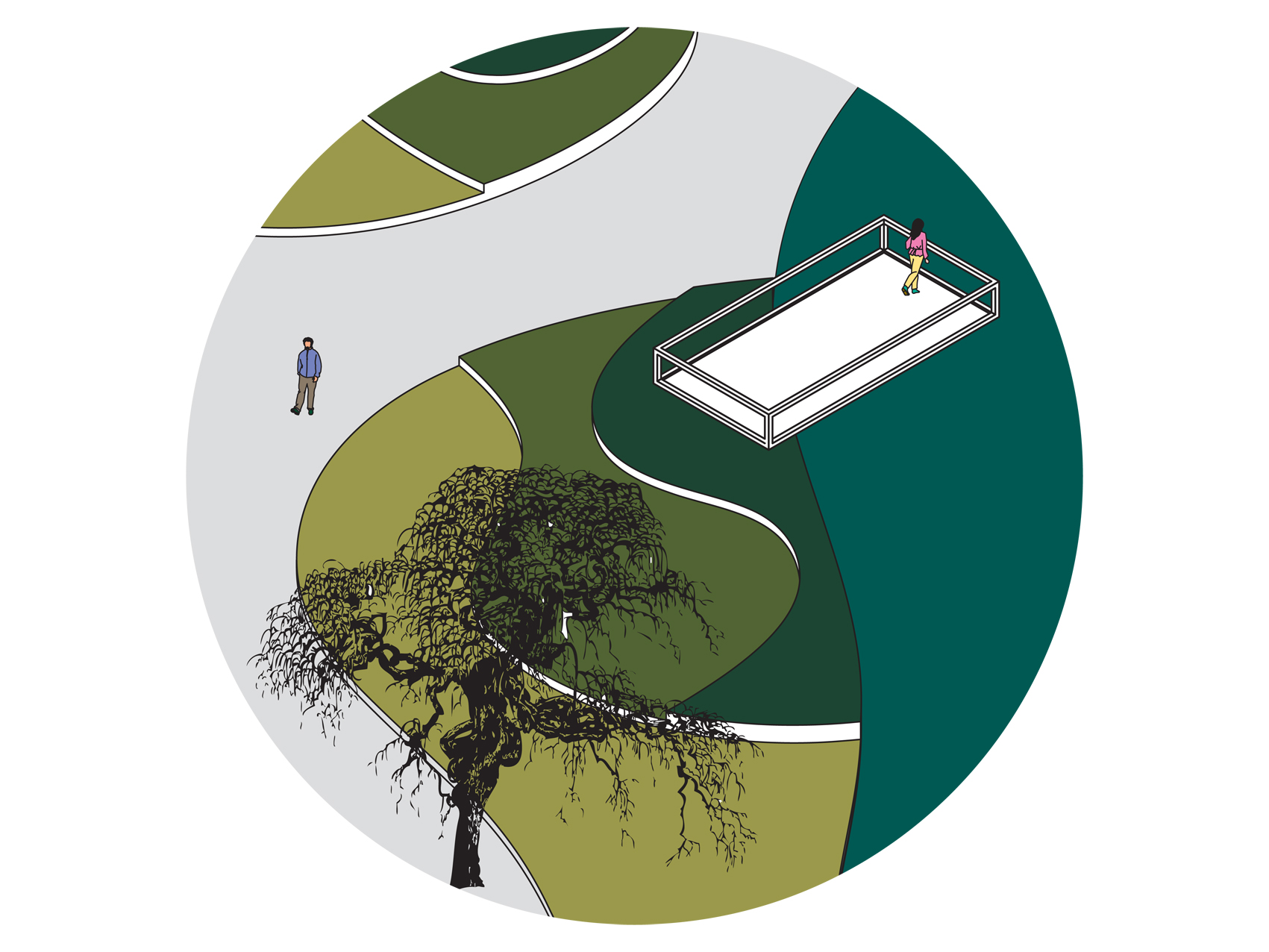 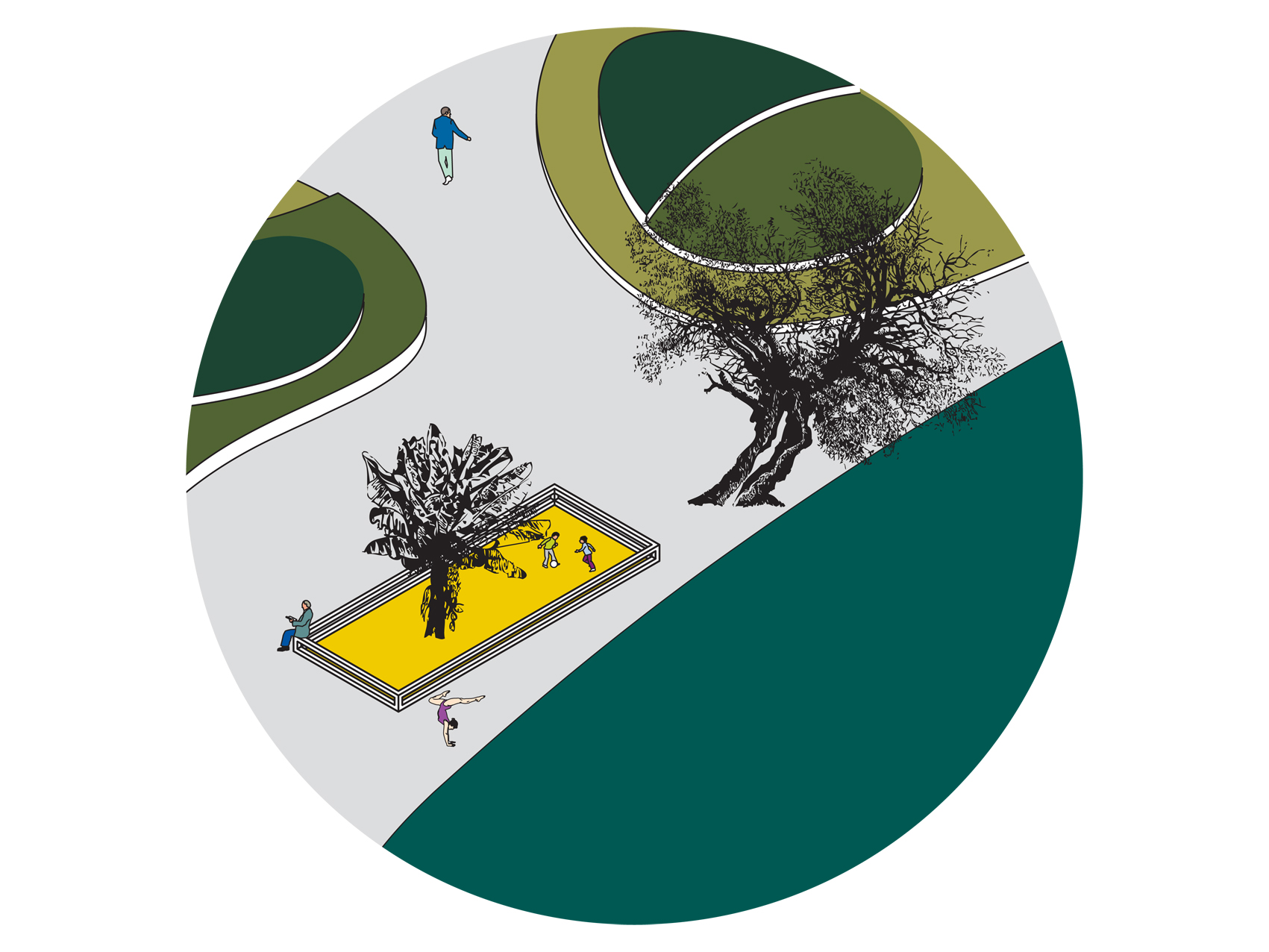 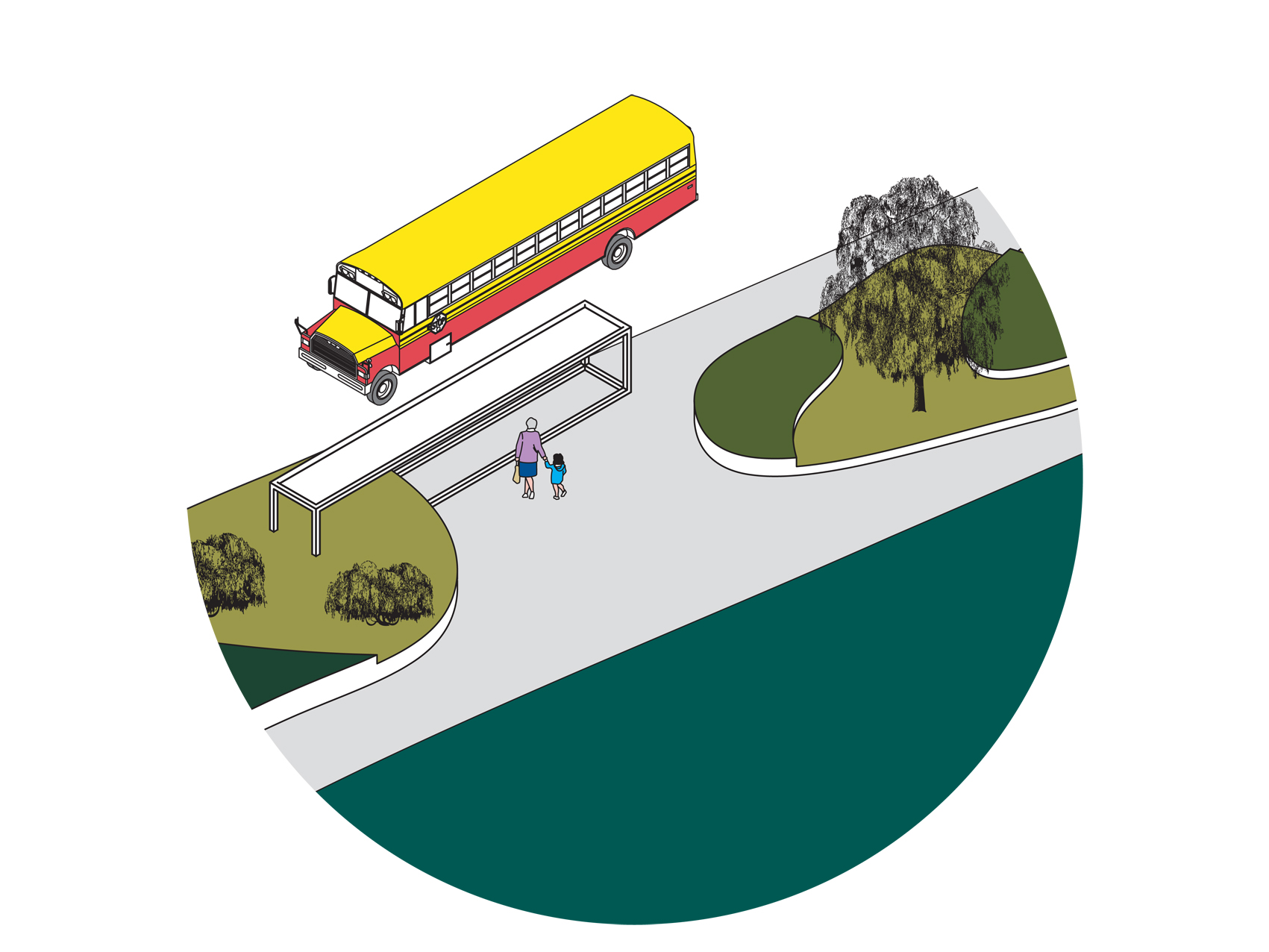 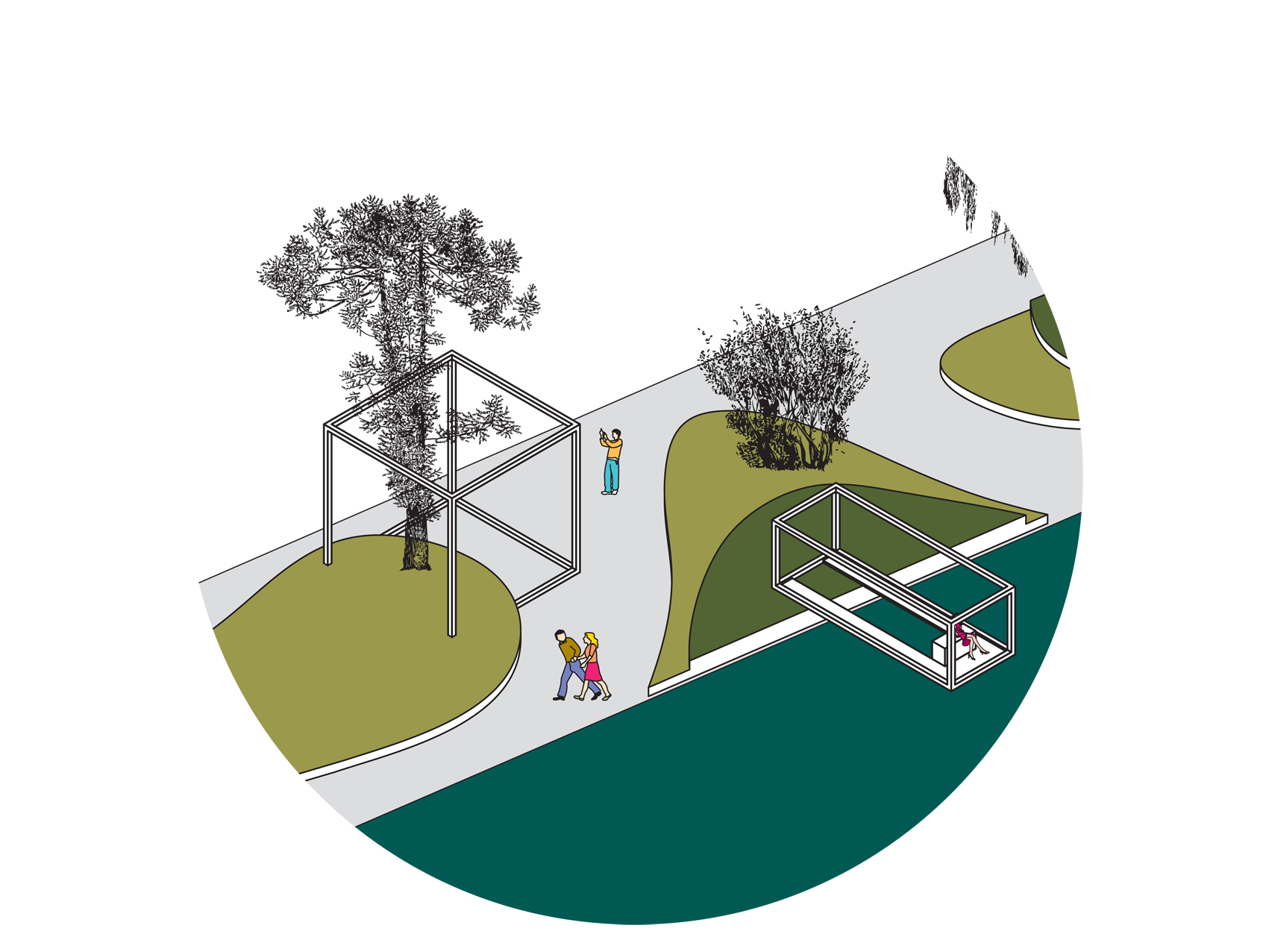 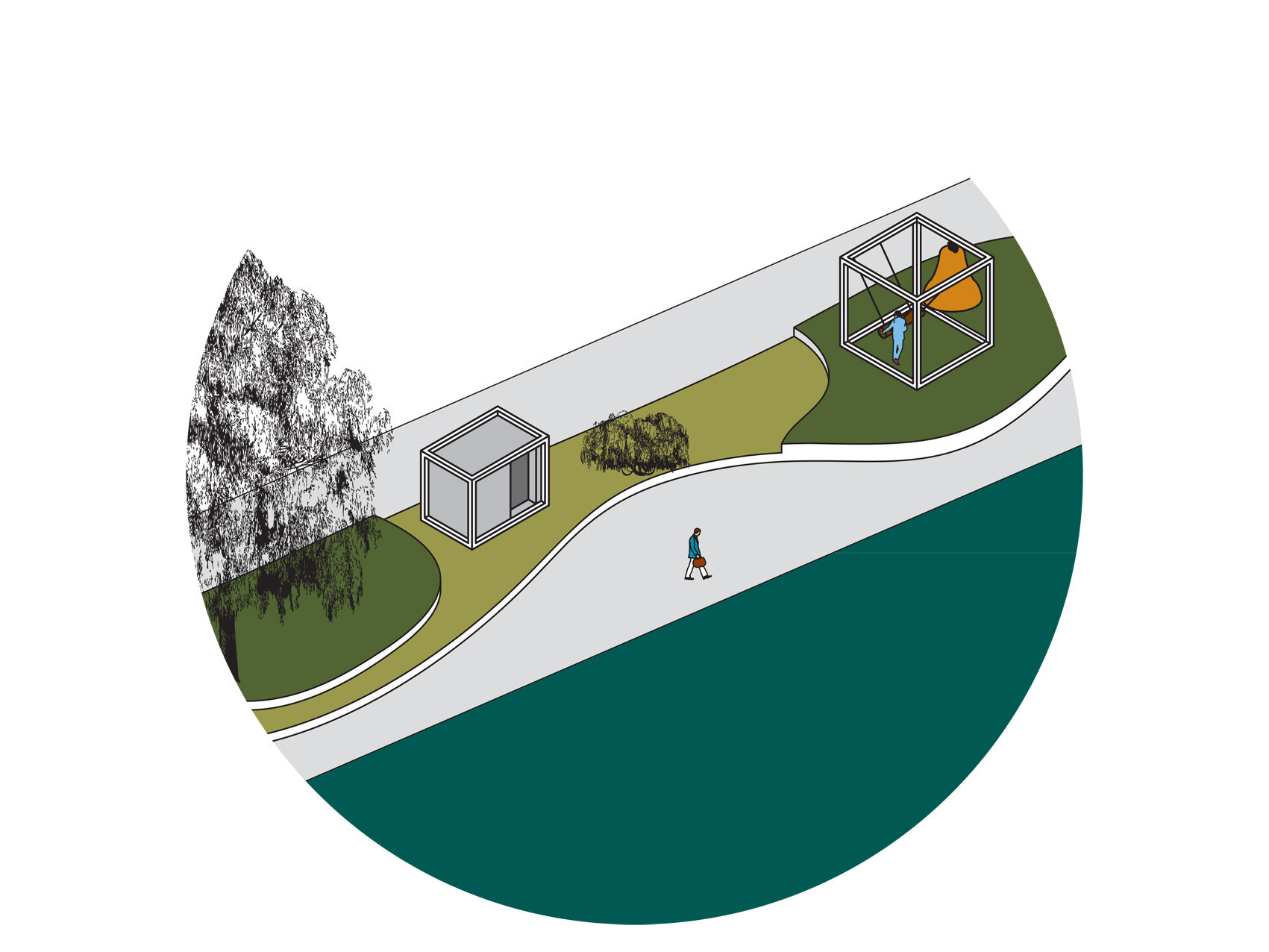 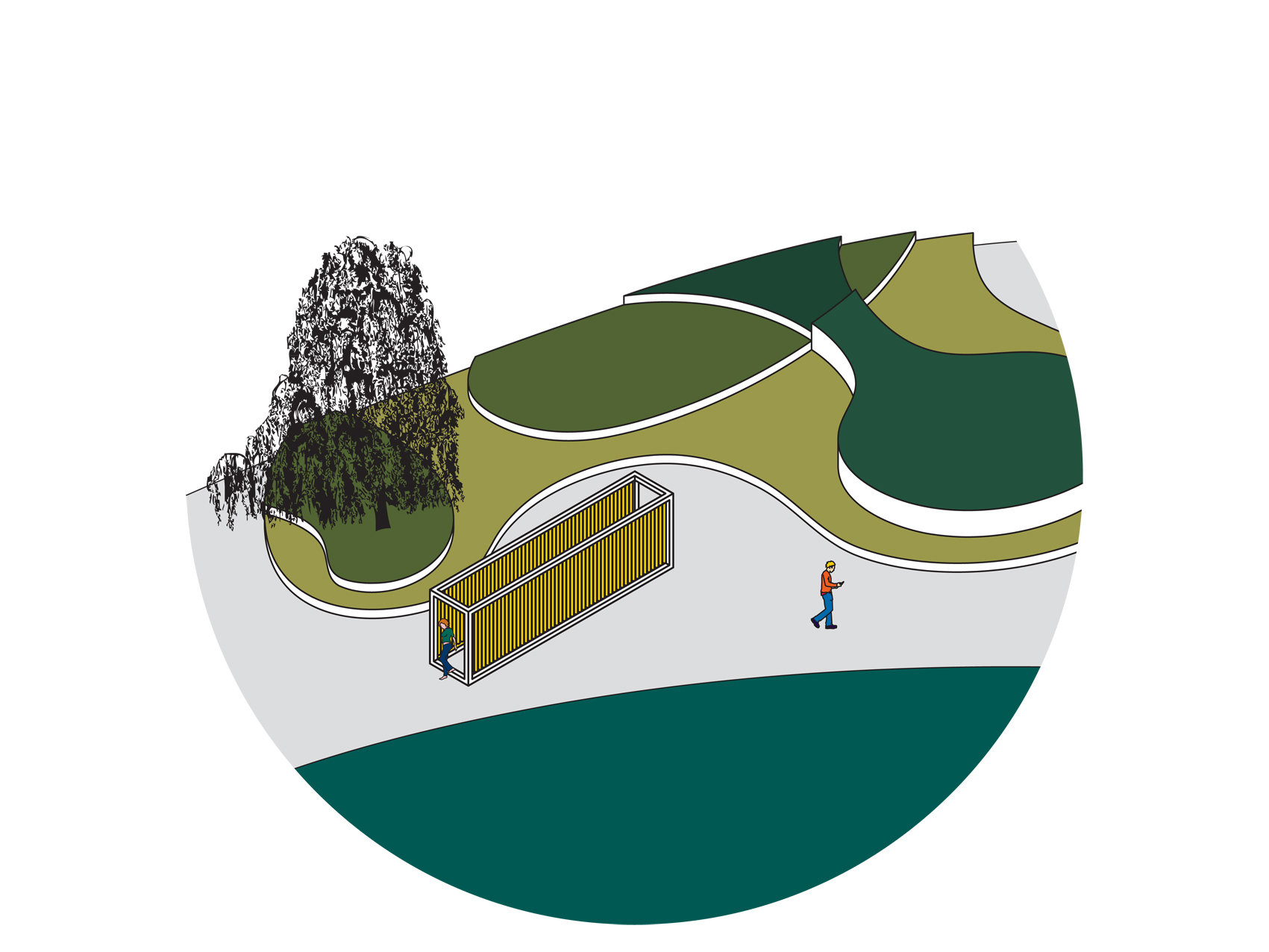 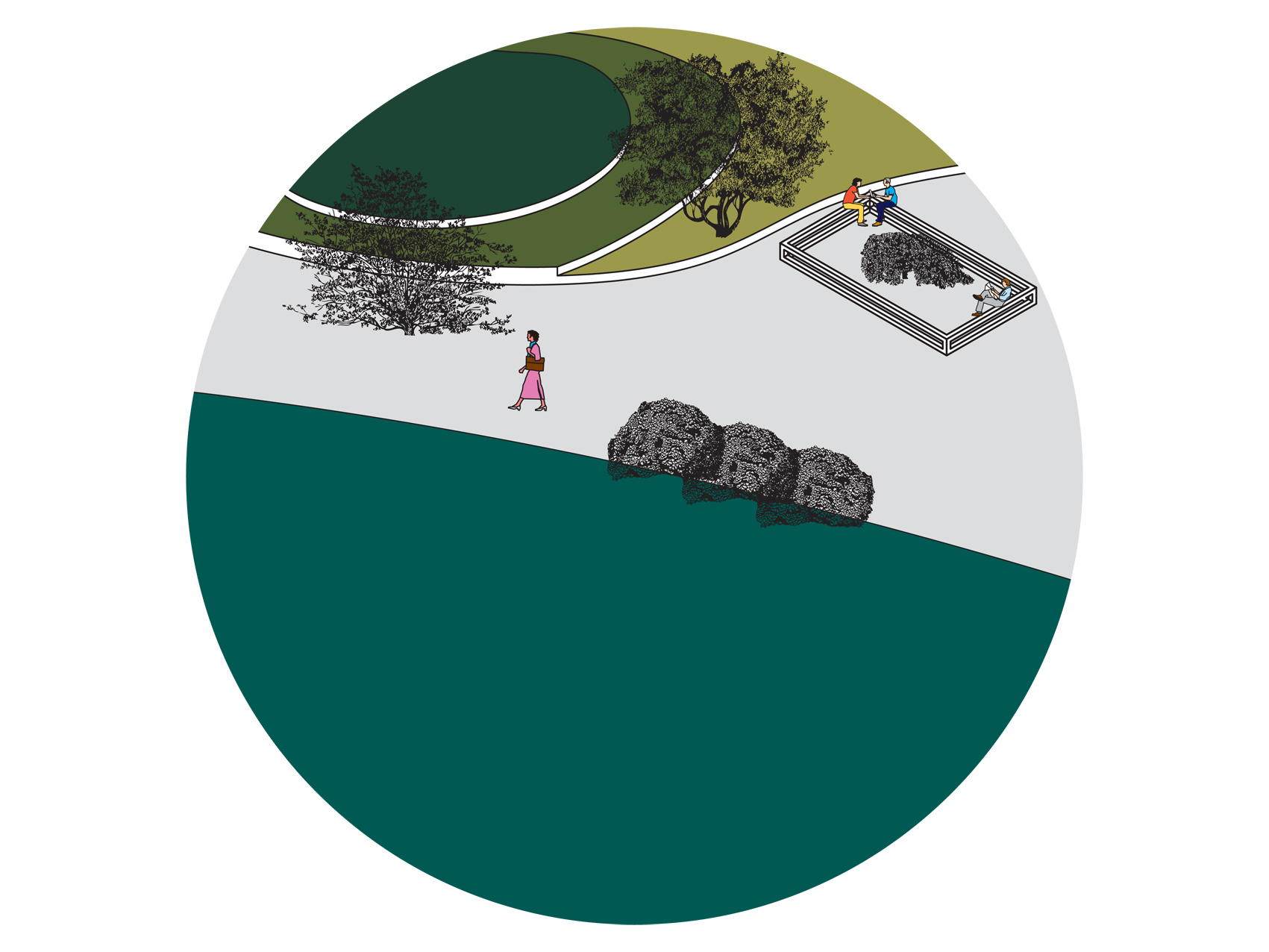 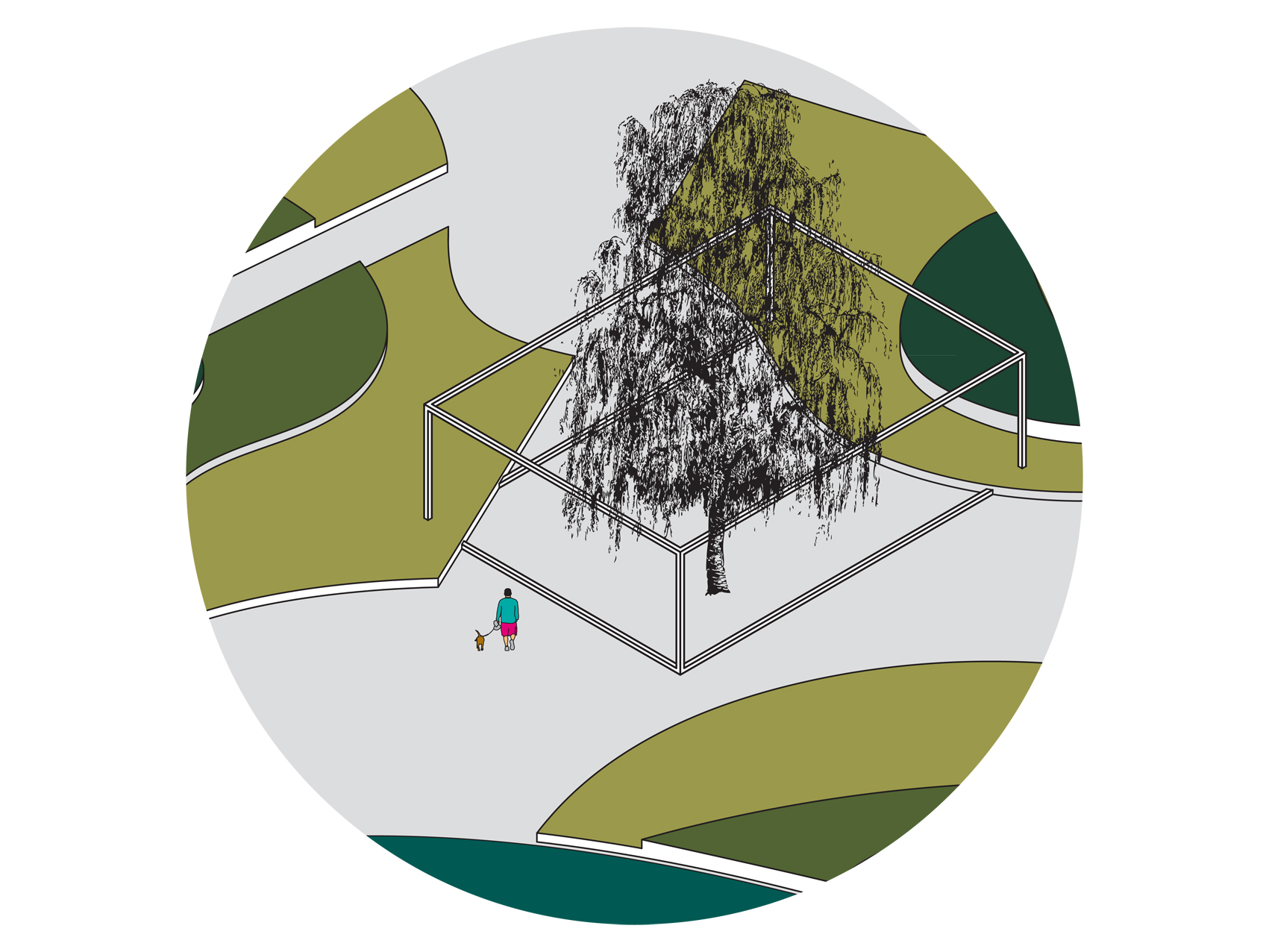 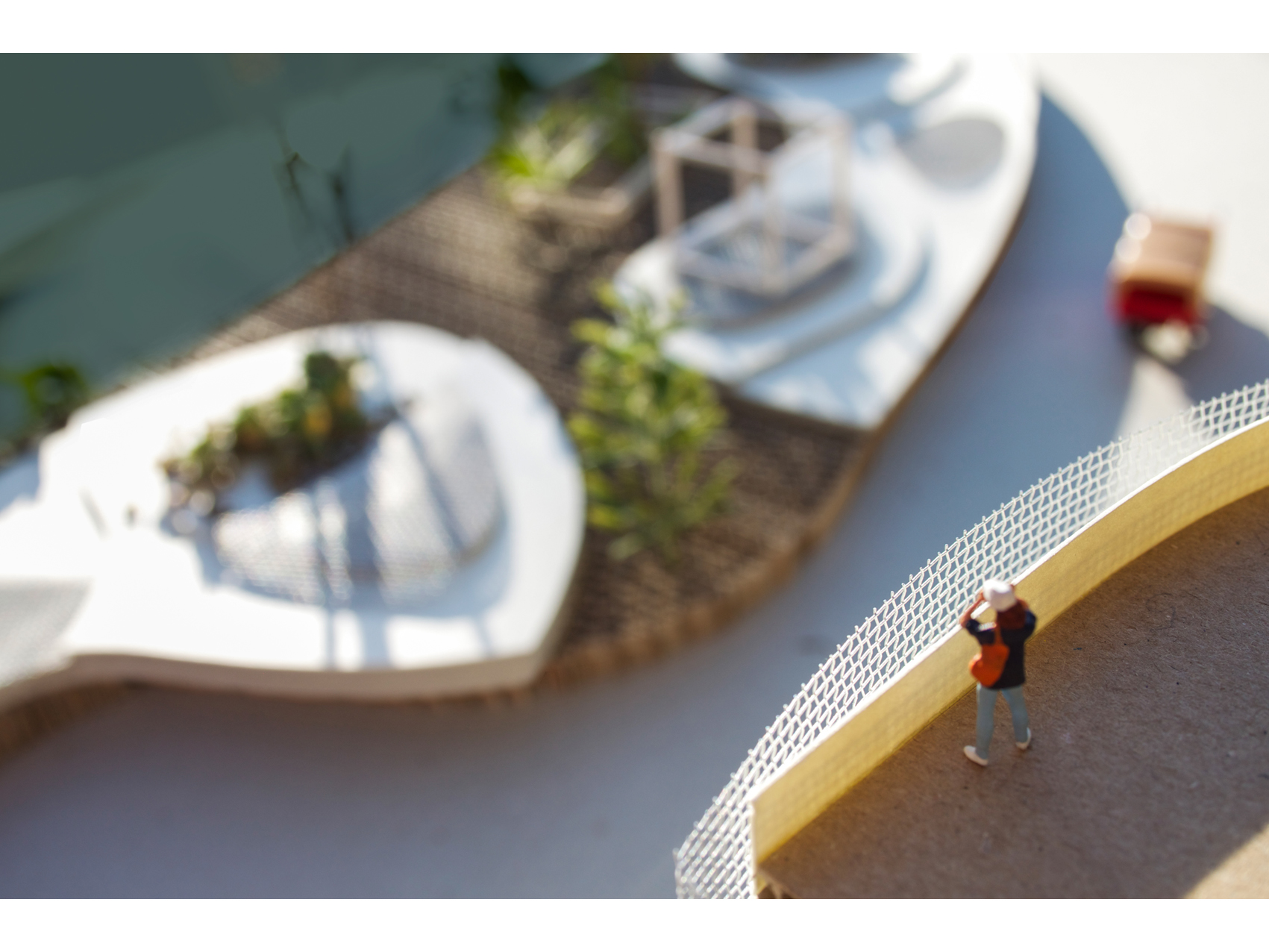 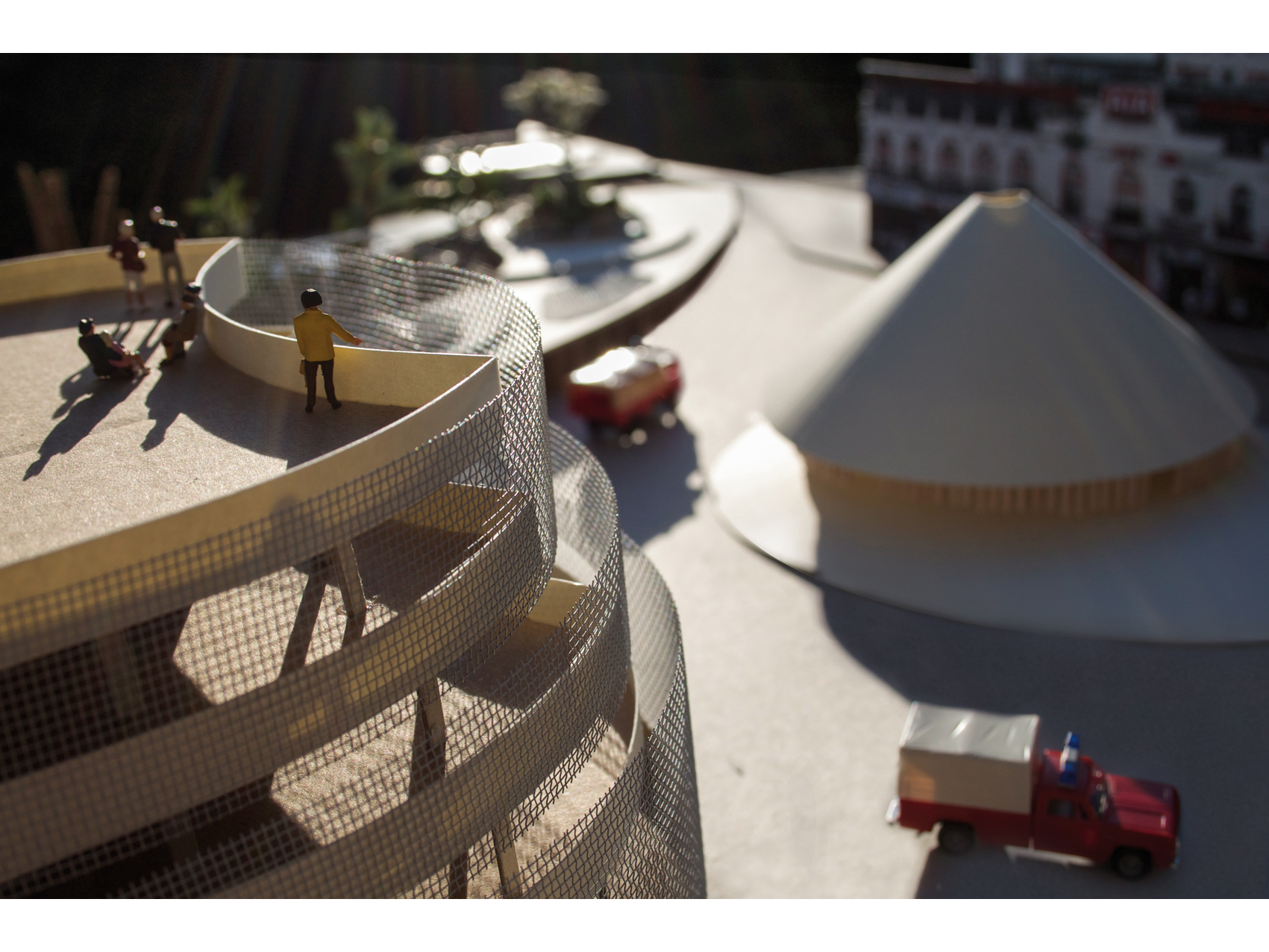 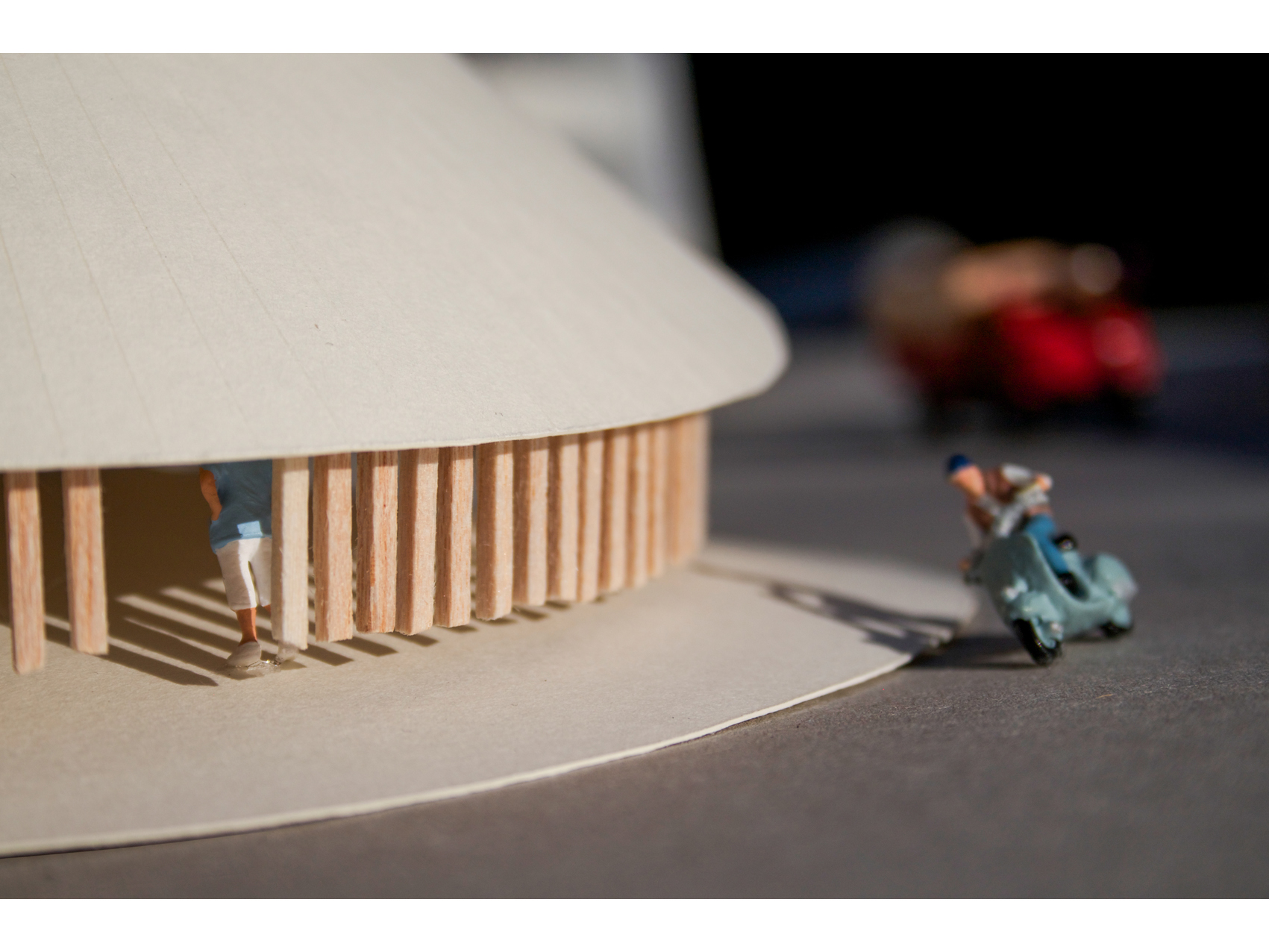 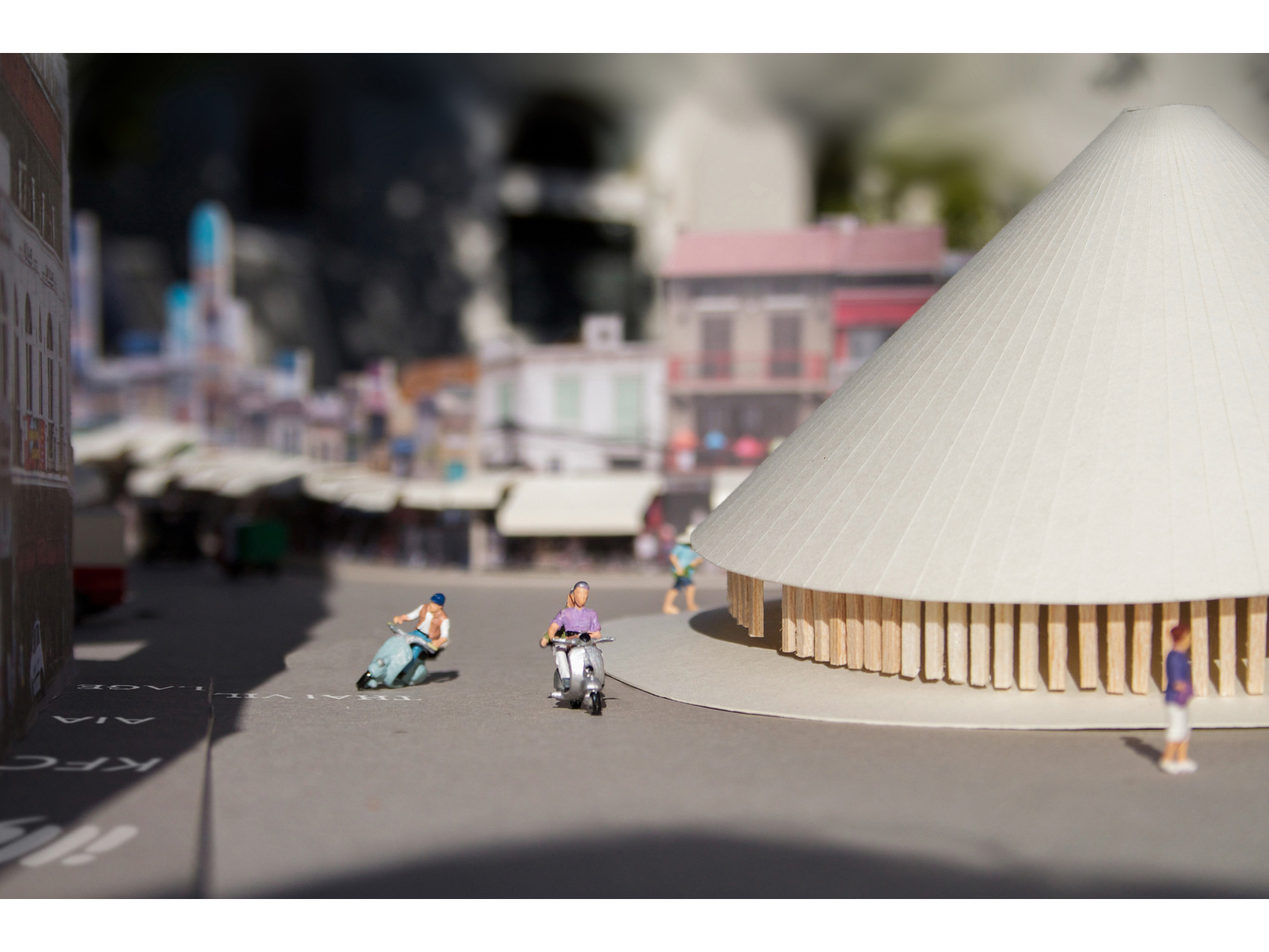 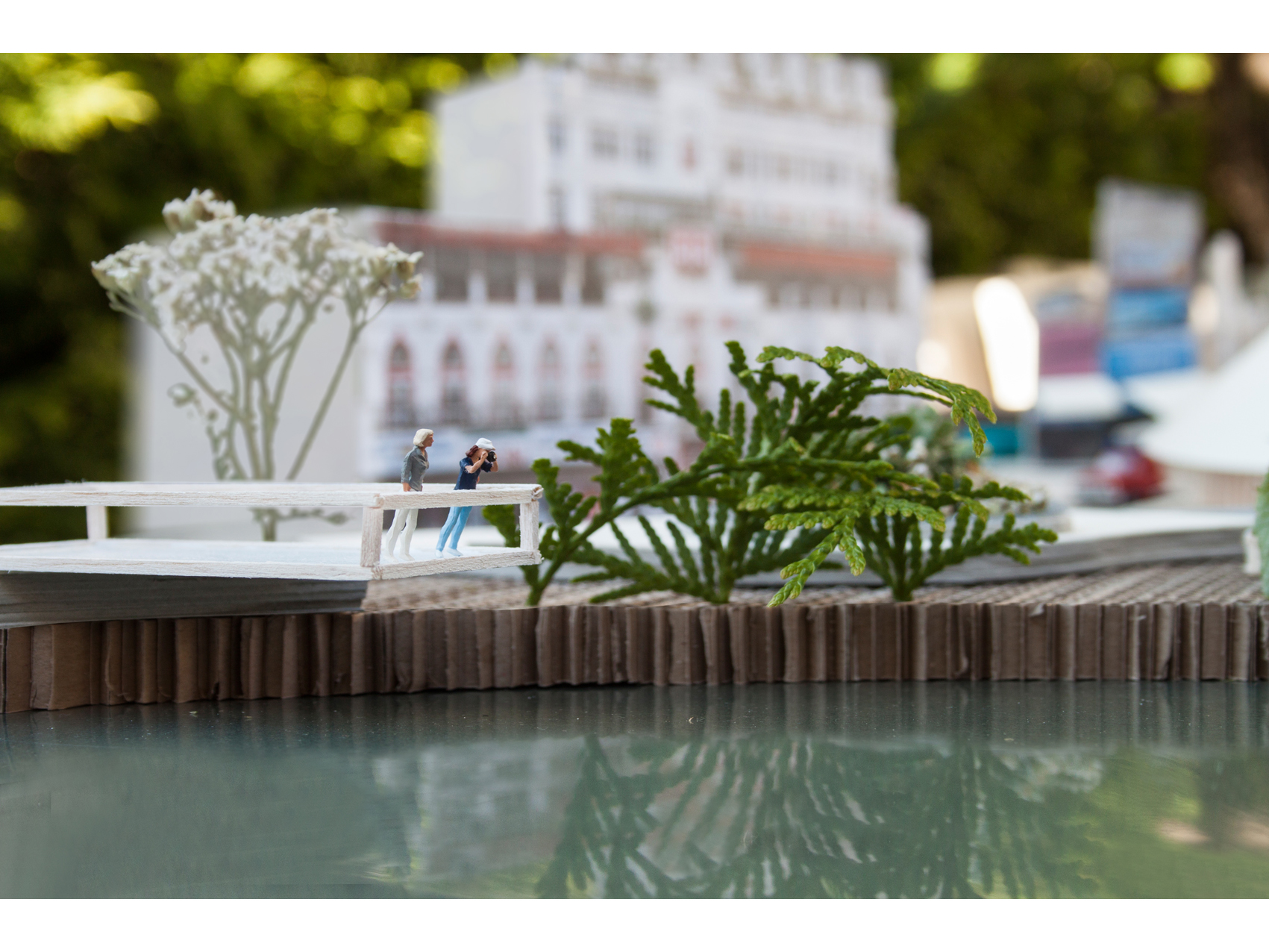 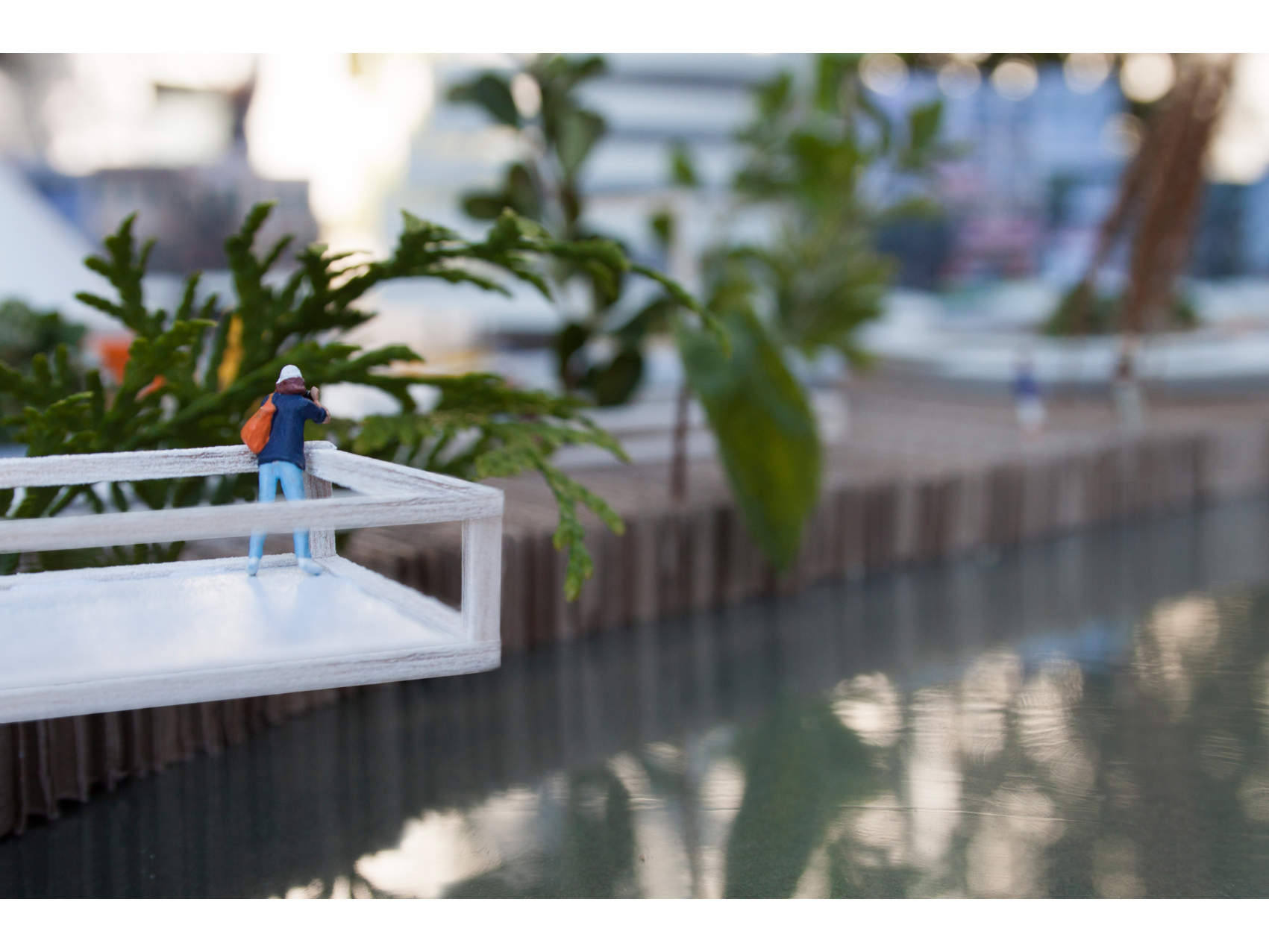 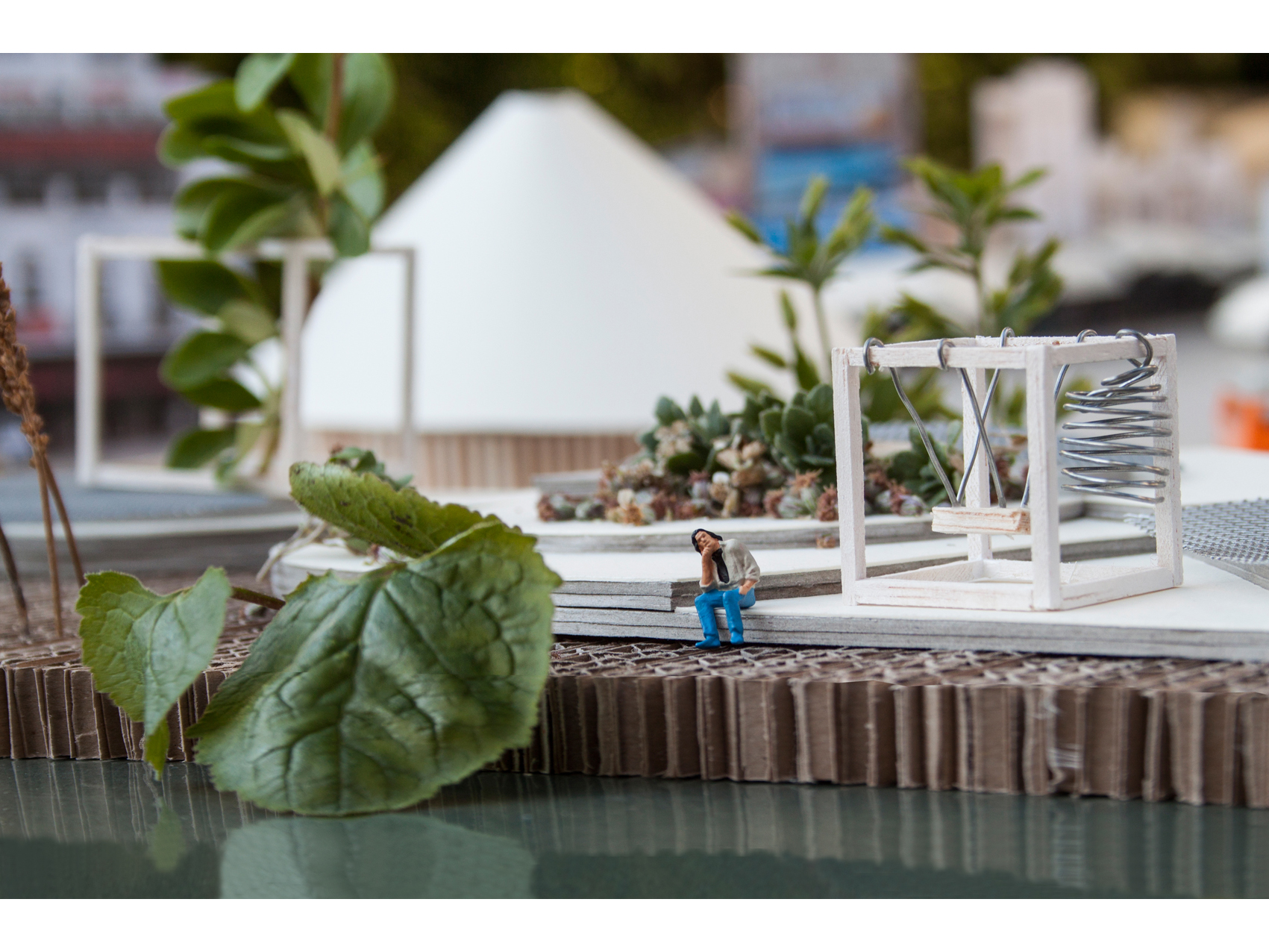 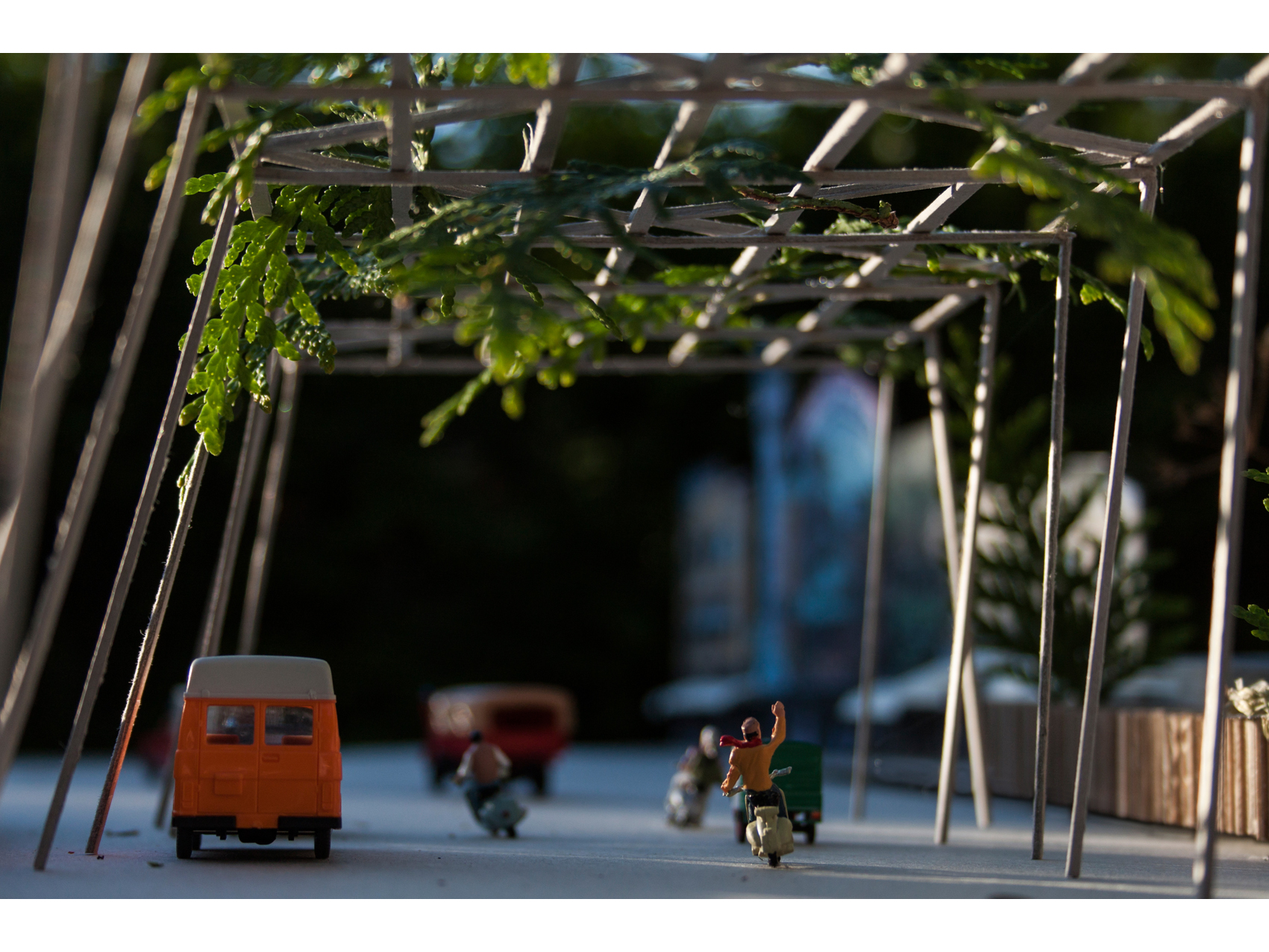 By 2030 Hanoi will become one of the 20 most inhabited cities of the world, a densification that will bring its inhabitants to join those of the nearby to a total of 11 million. The outcome of this urban process is the transformation of its districts. Hoan Kiem has reached 4,300 buildings occupying in many cases the 100% of their plot. The public space has become a negotiation between the flows of goods and people who consider the street part of their home environment.
The city has to answer the everyone’s need of “stay” in a common space, whereas now it is a place “without pause”. The facades’ transformation create a visual confusion which, together with the acustic one derived by the traffic noise, ends up weakening the strong historic identity.

The project developes a proposal working on the Hang Dao street, on the Dong Kinh Nghia Thuc square and on the lakefront; the design strategy together with the devices deal with this specific context improving the quality of the public space.

Dong Kinh Nghia Thuc: the square
Today it is difficult to cross, without a symbolic element that helps the orientation and without a standing place, even the most important building of the colonial era can be perceived only in motion.
The project shifts the vehicular flows on the edge of the square to create a calm core. An oval surface made of blue Vietnamese stone and a canopy placed above it rapresent the opportunity for the square to become a shareable space. It works as a bridge for crossing, splitting in half the distance in all directions and offering three kind of stop that make possible the dialogue between people: a stand dedicated to scooters at the same level of the road; a stand outside on the hard surface lifted from the streets; a stand inside the room, that recalls Nòn Là, the typical Vietnamese hat, and cut the people off from their physical position, the apex of the traffic. The isolation is physically guaranteed by a canopy made of a wooden structure that covers a room raised 2 m above the line road. This section allows visitors to be visually cut off from the traffic flows, as soon as you enter with your head in the conical shape of the roof. The wall works as acoustic isolation. It’s made of some brass tubes placed along the circumference, the Helmholtz resonators, with a diameter of 15 cm and hung off the ground. It works through the phenomenon of air resonance in a cavity that can transform the vibration of the traffic noise in an harmonic sound.

Hoan Kiem: the lakefront
From the square starts the connection between the district and the lake made through a natural landscape of several vegetal layers that deal with the existing trees. Referring to the Sapa’s rice fields it works with a sufficient height that creates a visual and spatial isolation from the road. The path along the lake is protected by this natural filter and makes people pass through a series of geometrical devices that helps the abstraction (trees’ benches, a terrace on the water, a pagoda’s bell, a sound passage,..). Starting from square’s room to the Ngoc Son temple, this experience is developped with the contemplation of nature through sight and sound in the movement.
Driving on the lake street two gates sign the access to the district, a pergola and the square that finally has a new identity, an architectural element in the center that makes it the hinge of two systems: the commercial one, fast “to go through” and the meditative one, slower to “look at”.

Hang Dao: the street
It is a sample of the rich architectural heritage of the district, given by the alternation of different facades’ styles in the same plan type. The shops located on the ground floor has occupied the fore space and the facades with heterogeneous commercial signs. Actually there is no value for the facades because only a small part of them is visible.
The project proposes a new communication strategy, extendable to the whole district and easily implementable on any material. The message of the existing signs is mirrored on the horizontal surface of the road transforming it into a 1:1 map of the city. The project gives a common, equal and easy-fitting way to get exposure. The texts will be written on the asphalt allowing the readability that corresponds directly to the perception of the human eye. Moreover to allow the main street activities some design layers are overlapped: relieve the access of the shops locating the scooters in dedicated parking areas; divide the flows, pedestrians on the sides and vehicular in the centre; provide a light infrastructure for street trading on the road, with a square grid of fastening system that allows the mounting of the temporary structures in a flexible but regulated way; suspend a series of silk lantern by cables that exploit the road’ size, narrow but long, drawing a single lighting system reminding those of the tradition.

Ham: the building
It is also part of the square defining one of the edge. The concept of a mall, its materials and its size are elements in conflict with its context whereas, its terraces are a good point to allow valued views of the city.
The project starting from this potentiality suggests to work on a external facade made of an iron net that contains it in a new attractive device. The envelope is made of three areas dedicated to the interaction between birds and man, according to the Vietnamese tradition that considers birds like pets. The first with a system of hooks usable by people to deposit their cages, the second located outside where some pegs serve as a stop for wild birds. The third dedicated to an aviary located on the last terrace that allows the direct contact between men and birds. In section the building provide the ground floor to continue the interaction with the city whereas getting up towards the top, the net turn it into a new ecosystem made of natural sounds isolating men from the noise and the vibration of the traffic putting them more and more in contact with nature, visually and acoustically.